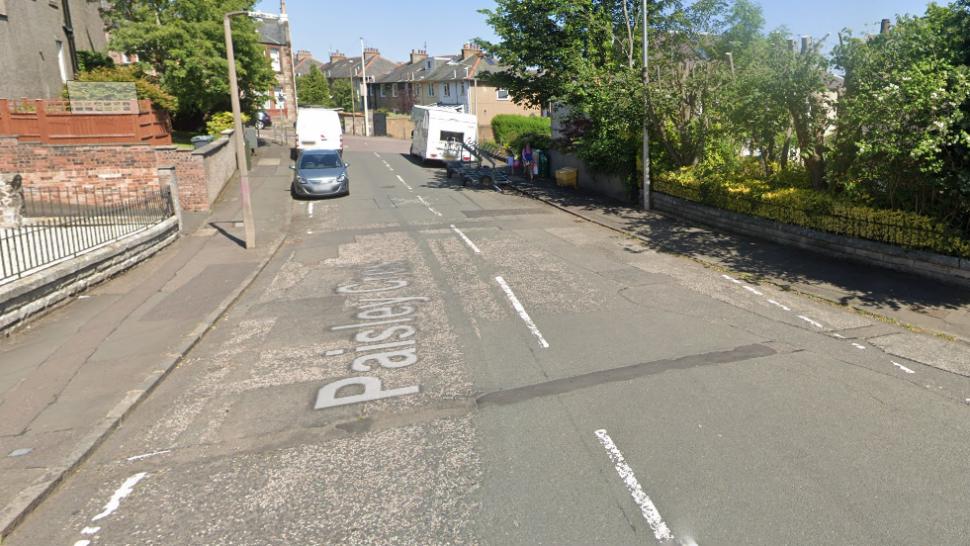 “It makes me wonder how they judge ‘critical’. How are they able to say in advance that a child on a bike might not break his or her neck by cycling over this?”
by Ryan Mallon

A 75-year-old cyclist has criticised the City of Edinburgh Council for dismissing his concerns over a pothole that left him “shaken and bruised” following a crash earlier this week.

Stuart Robertson fell off his bike on Monday morning after hitting the pothole on Paisley Crescent, to the east of Holyrood Park. The pensioner says he suffered scrapes and bruises in the crash, and swiftly reported the subpar condition of the road to the council through an online form.

“If I was wearing shorts and t-shirt – which I could have been – it would have been a lot more serious,” Robertson told Edinburgh Live.

“I'm a 75-year-old pensioner, retired, and I cycle regularly. The accident left me bruised and shaken although, thank goodness nothing more serious. I usually cycle down Paisley Crescent relatively slowly due to the state of the roads.”

After reporting the incident online, the cyclist was told that the road surface issues on Paisley Crescent were not deemed to be a “critical safety defect”.

> Couple in hospital after they both crash in huge pothole

After failing to receive a follow-up response, Robertson told Edinburgh Live that he feels as if his concerns have been dismissed, while the road’s proximity to a nearby primary school could result in another, more serious, fall.

“As you can imagine, I reported the accident to the council in the hope of saving other cyclists from a similar accident, so I was more than surprised to learn that the hole had been judged as ‘not being a critical safety defect’,” he said.

“It makes me wonder how they judge ‘critical’. How are they able to say in advance that a child on a bike might not break his or her neck by cycling over this?”

Scott Arthur, Edinburgh Council’s transport and environment convenor, says that the local authority will continue to monitor the state of Paisley Crescent.

“It is always great to see older people cycling in Edinburgh, so I was particularly concerned to hear about this incident,” Arthur said.

“Council staff undertook an inspection of the carriageway on Paisley Crescent within a day of Mr Robertson’s report. I understand the inspection, which is in line with the council’s risk-based approach to safety inspections, did not identify any actionable defects, though the council will continue to monitor its condition.

“In the coming months the council will review its approach to road maintenance, and this experience will very much be in my mind when this comes to the Transport Committee.”