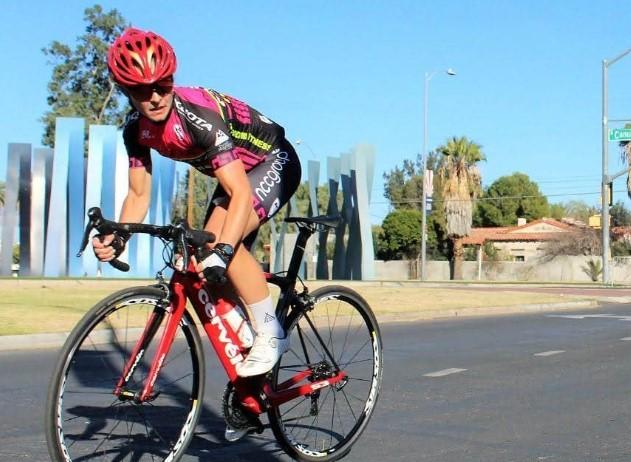 Jennifer George says the two attacks nearly made her quit cycling altogether, with the Met Police and Surrey Police reporting a number of incidents in recent months
by Jack Sexty

A professional cyclist who was the victim of two separate attacks from bike thieves in the space of less than two months has said that she considered quitting cycling altogether, and no longer feels safe riding alone.

Former Scottish champion Jennifer George was first targeted in April, when she noticed two people on a motorbike watching her during a long ride from her home in South East London out to Surrey: “I’ve never felt so vulnerable in my life. I’ve never felt so terrified in my life,” she told iNews.

A chase ensued, with the attackers trying to veer into the 39-year-old. When George asked them to leave her alone, one of the attackers said "no, why should we?" She managed to make it to a busy pub nearby, and collapsed having a panic attack.

Seven weeks later George was targeted by two more would-be attackers on mopeds, and she was forced to wait in a driveway for half an hour until they had gone. She reported both incidents to the police, with Surrey Police filing details of the first incident due to limited lines of enquiry, and Kent Police failing to respond at all.

George says she was left traumatised by the incidents, and was considering giving up cycling altogether. She told iNews that although she feels "almost lucky" that the attackers didn't pull a knife on her, she has stopped riding her bike alone for the foreseeable as “the thought of it just hurts."

A Met spokesperson commented: “While London is typically a safe city for cyclists, we have seen a small but concerning number of incidents in recent months where high value bikes have been stolen by opportunist thieves who have used mopeds to catch up with riders. In some of those incidents, violence or the threat of violence was used.”

Last month, British Cycling said it was "deeply concerned" by the rise in violent bikejackings across south London, with policy manager Nick Chamberlin publishing a response to outline the issue, telling members what British Cycling is doing and offering advice.

Chamberlin said: "We have heard from lots of clubs and individuals who are rightly very concerned about going out for a ride. It is extremely hard to discuss these sorts of issues without causing panic and the last thing any of us would wish is to deter people from cycling this summer through a fear of being attacked.

"The sad reality however is that when these spikes in violent crime occur, and while we try to understand the pattern of incidents better, it is prudent for individuals, clubs and groups to discuss these concerns together and think carefully about the rides they have planned.

"As with the incidents that occurred in Richmond Park last year, we know that by working together as a cycling community to quickly pass relevant information to the police we can support them to quickly and effectively tackle the issue."

While the rise in incidents shows few signs of abating, British Cycling has advised that members in affected areas should plan rides and events carefully, be mindful of privacy settings on devices and contact its incident helpline as well as the police to report incidents and/or threatening behaviour.

After a spate of similar incidents in and around Richmond Park in October last year, attacks in this area eventually subsided, with British Cycling adding: "...we know that by working together as a cycling community to quickly pass relevant information to the police we can support them to quickly and effectively tackle the issue."