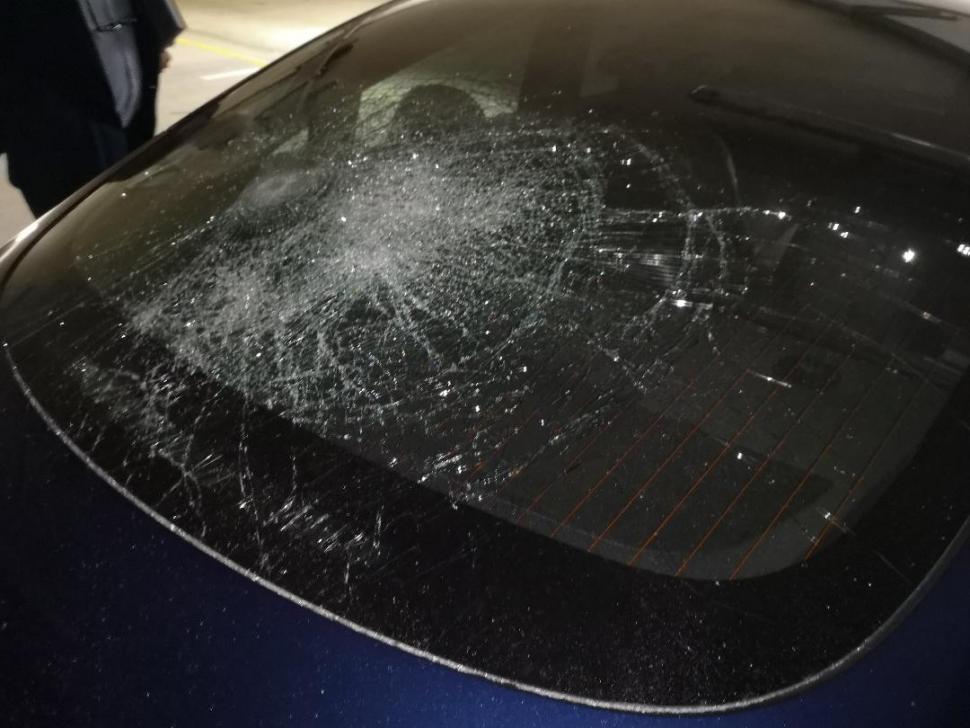 Richard Dawkins, the evolutionary biologist whose 2006 book The God Delusion has sold more than 3 million copies worldwide, has claimed that a “psycho” cyclist smashed his Tesla car with a D-lock on Oxford’s Cowley Road on Monday afternoon.

The alleged incident happened at around 1.30pm, with the 80 year old, who is professor emeritus at New College, Oxford, appealing for witnesses through a post on Twitter. It is not clear from his tweets whether he was the driver, though it does appear to be his car.

”Smashed back window with D-lock. Then pursued us, fell off his bike in his fury, then tried to smash driver’s side front window. Witnesses pls phone Oxford police.”

Here’s a photo of the damage done by the psycho smashing the window with repeated blows from his D-lock. pic.twitter.com/a6asqROjvT

Some Twitter users pointed out that since it was a Tesla, there should be video footage from the vehicle’s on-board cameras.

It’s a Tesla so you’ll have the camera footage and the preceding ten minutes, right? Pass them on to the police and they can see this event and any actions leading to it.

But Dawkins said that there was no memory stick inserted in the vehicle, although he would contact Tesla to see whether any footage might have been captured in any event.

Alas no memstick, so no camera record. I’ll plug it in henceforth.

I’ve asked Tesla if they can retrieve record.

Nevertheless, some wondered whether the absence of video might be explained by something having happened beforehand that might have prompted the cyclist’s reaction.

Instead of posting photos show us the video. Extraordinary claims require extraordinary evidence...or just a video in this case. I find the idea a cyclist would just smash your car for no reason hard to believe. It's much likelier that an old tesla driver did something.

Any person doing this is wrong, no question. However, while totally wrong that doesn't mean it was unprovoked... forgive us cyclists (who mostly also drive) but we have heard this one before... lots! So, can we have the video and at least a few minutes before the 1st incident?

Others seemed happy just to sit back and watch the evolving exchange on the social network.

Richard Dawkings vs Cycling twitter, this should be good.

And, given Dawkins’ aetheism, some just couldn’t resist …

God will make sure they get their comeuppance

BBC News reports that Thames Valley Police have confirmed that they are investigating reports of damage to a car on Cowley Road on Monday, but could not release the name of the alleged victim, in line with force policy.