Subscribe
Back to news
news
Sportives and organised rides
Women 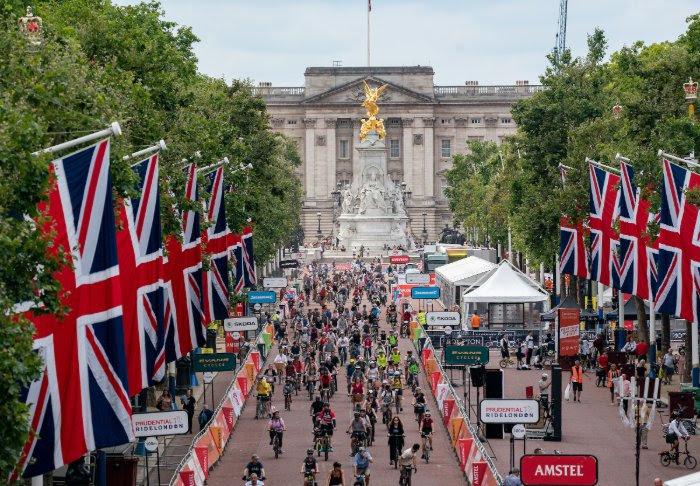 RideLondon-Essex riders halted for 30 minutes because of an incident

About 25,000 riders took on the brand new routes from London into Essex
by Suvi Loponen

Road closures, speed limits, drawing pins on the course... RideLondon, the UK's largest cycling event of its kind, has made a comeback with only minor hiccups affecting the thousands of participants riding on the London and Essex roads today.

Leading up to its return after a two-year hiatus, the 2022 RideLondon has made it to many headlines, showcasing the difficulty of pleasing everyone when organising a mass cycling event.

Three years later and RideLondon is back 😍#RideLondon #WeRide pic.twitter.com/Q5eHnULDe1

For some participants, today's ride wasn't such smooth sailing as a large number of riders were paused for about half an at around 49 miles into their ride because of an incident.

A RideLondon spokesperson said: “We can confirm that there has been an incident involving a rider requiring medical treatment at mile 49 (near Stebbings Green). A medical team and an air ambulance attended and the rider was taken to the hospital by road. The ride was held for about 30 minutes.”

#RideLondon stopped at mile 48 due to serious accident. Air Ambulance on the scene. pic.twitter.com/X2zwZQiuIh

It is unclear what caused the incident. Some speculations on Twitter hinted it could have had something to do with the drawing pins placed on the course - an issue that even led to an assault claim - whereas other reports suggest a participant was taken to hospital after suffering a heart attack.

The riders pedalled off early this morning in waves from Victoria Embankment to complete either a 30, 60 or 100-mile route. They are expected to finish their rides at around 6 pm, whereas the speediest ones were back already at around 10 am.

In the lead up to the event, we reported how the RideLondon organisers were criticised for seemingly implementing a 22mph pace limit in the rider's guide, which was since said to be “stated incorrectly”. At the same time, others spotted that this year, the timing of the rides would be stopped at feed stops, only adding to the emphasis on this event not being a race.

In addition to the amateur riders, the professional women cyclist have been racing the RideLondon Classique – a three-day UCI Women’s World Tour road race that started in Essex on Friday. The race's final stage, where the current leader Lorena Wiebes will fight to hang onto her lead spot, will finish on the Embankment between 17:35 and 17:50 today.