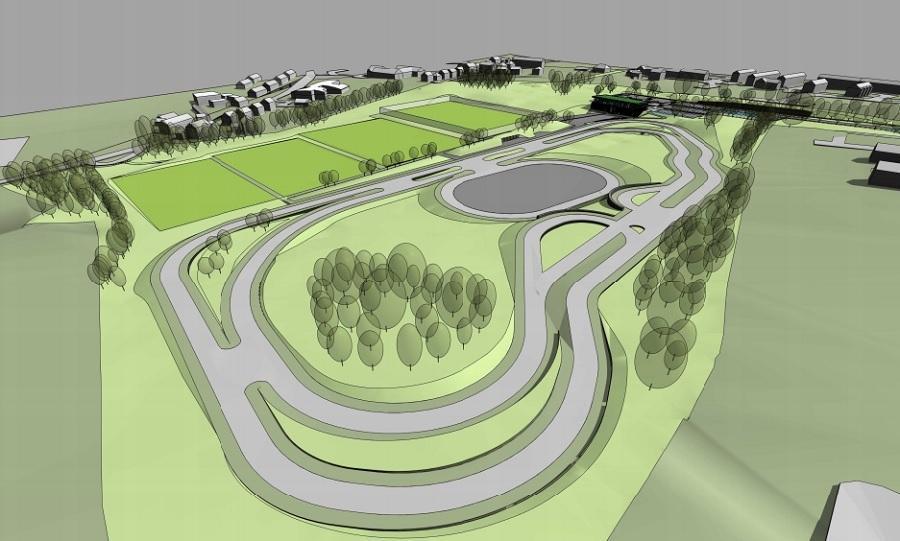 Work is due to start this spring on a new sports village in Bradford, which will incorporate a cycle track and cyclo-cross facilities, following the appointment of a main contractor for the project.

Contractors William Birch & Son have been appointed to build the Wyke Community Sports Village, which occupies the site of a former school, reports BradfordZone.co.uk.

It is one of three multi-sports hubs being developed by Bradford Council in partnership with Sport England, British Cycling and the Football Foundation.

The £5.8 million facility will provide a home for local rugby, football and cycling clubs, among others.

Councillor Sarah Ferriby, Bradford Council’s executive member for healthy people and places, commented: “We are thrilled that a contractor has been appointed and construction of Wyke Community Sports Village will start soon.

“We have worked closely with a number of partners on this project to get it to this stage with the full support of ward councillors.

“This will be a great facility for the people of south Bradford and the whole district. We are committed to providing improved places to be active and play sport across the district.

“A key priority for us is to help people keep fit and active and providing good sports facilities for residents, schools and local sports clubs in their local areas is one way we can encourage this,” she added.

That track was popular with local cyclists, including being used regularly by members of East Bradford Cycling Club, and in 2018, ahead of that facility closing, members of the club were among those to campaign for Bradford to retain a cycle track.

Mandy Parker of East Bradford Cycling Club said at the time that she hoped that it could be built using funding from the city hosting the UCI Road Cycling World Championships, with the women’s elite road race starting there.

Quoted in the Telegraph & Argus in 2018, she said: “At Wyke we would be able to bring in an off-road track, maybe create facilities for disabled groups.

“We need to show it will be a facility the whole community will use. It is a fabulous site, just off Huddersfield Road – it isn’t far for people to come just off the M606. It will bring in not only people from the local area, but from all over. It would be fantastic for Bradford.”