The Exposure TraceR Mk1 DayBright is designed and made in the UK and is very popular with British riders: it is tough, reliable, good looking, bright and easy to use.

The TraceR Mk1 has achieved almost iconic status over the last decade. The instantly recognisable red-anodised, CNC'd aluminium casing, the distinctive flash patterns and the fact that it's designed and manufactured in the UK have all set it apart from the more generic competition.

The 'Mk1' differentiates it from the TraceR Mk2, as reviewed by Dave Arthur. The main difference in the Mk1 is the absence of ReAKT technology, which allows the light to adjust intensity automatically, depending on light conditions and braking forces. Dave's main dislike of the Mk2 was the price, but the Mk1 comes in a full £20 cheaper for leaving out the ReAKT feature.

Lumen count, run-times and weight are the same, and it uses the same aluminium casing.

All the other good features are there. Exposure's 'Optimum Mode Selector' (in plain English 'three power settings') allow you to toggle between just two simple modes (pulse, steady), making it possible to use from the saddle.

To set which of the three power levels you want, you press and hold the on/off button until the red light flashes. First flash is high power (more on that in a moment), second flash is medium, and the third is low. You cannot do this on the fly. However, once selected, it's very easy to find the button (if you make sure you put the light in the bracket with the button facing upwards) and switch the light on or off, or between modes, by feel, even with heavy winter gloves on.

The brightest setting is what Exposure calls 'DayBright', and as well as using all the 75 lumens on offer, the flash mode gives a double strobe to really highlight your presence on the road. It could be a life-saver on winter days with low sun, though you won't win friends by using it in traffic at night.

Even on the third power mode it's very bright if it's aimed correctly, but with the LED recessed some way inside the casing, you don't get the side visibility of some more modern lights such as the Moon Cerberus or Knog Cobber Mid.

In use, the bracket straps simply to the seatpost using a supplied rubber band. The light is a tight fit inside the bracket, good for keeping it secure while riding but not so good for removing it – as with many lights, it's easier to take the bracket off with the light still in it.

The bracket has a very small footprint, so if you ride with a very crowded seatpost area (racks, saddle packs and so on), it takes up a small amount of space. 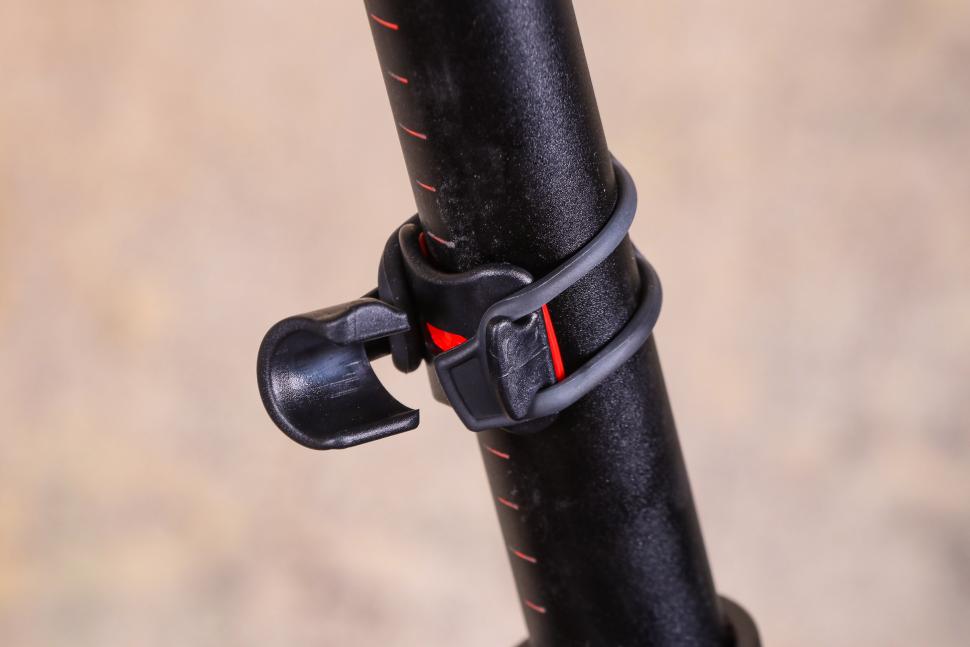 However, the pad that sits directly against the seatpost is hard, slippery and lacks grip. I've found that unless the rubber band of the clamp is evenly stretched, vibration can move the TraceR slightly to one side. On many occasions I've had to reach down and give it a little tap to straighten it. It is also easily knocked out of alignment at the café stop. It isn't compatible at all with bladed seatposts, but Exposure now sells a separate aero seatpost bracket, which would eliminate the tendency to wander on a round seatpost. There is also an under-saddle bracket available that works well for time trialling – which has now made rear lights compulsory as of 1st January 2020 – but can't be used with a seat pack.

In any case, time triallists are likely to look elsewhere: there are more aero lights out there that sit flush against the seatpost, whether bladed or round, such as the Moon Cerberus, which is also lighter and has superior side visibility, as already mentioned.

The Exposure TraceR Mk1 is more expensive than almost all other lights in its lumen class – the 75-lumen Lezyne KTV Pro Drive 75 costs £25, the 100-lumen Giant Recon TL 100 costs £24.99, and the Moon Cerberus costs £34.99 – but you're paying for a high-quality, very tough, British designed light that's metal rather than plastic and should last years, especially as Exposure offers spares and servicing. It's definitely not the disposable type, which is refreshing to see.

The TraceR's looks have proved divisive, judging by the comments under Dave's review of the Mk2. Yes, for some people it sticks out like a sore thumb, but for others it's a British design classic that they regard as an essential feature of their bike and are proud to use. I would put myself in the latter camp.

Very well made and sealed with an attractive machined finish and anodised red. The etched graphics of the test model were already worn when it arrived.

You need to be able to see what you are doing to choose which of the three brightness levels you want. After that, it's easy to switch on and off or to toggle between flash and steady, from the saddle. The button was easy to locate even with gloved hands. Charging is simple enough, via micro USB.

A very simple bracket, made of tough nylon, into which the light clips. The bracket mounts to the seatpost with a silicone band. It's held securely in terms of it not falling out, but because of the hardness of the pad against the seatpost it can vibrate or be knocked sideways, which can be frustrating. There are other mounting options sold separately.

Excellent. A simple silicone ring covers the on/off button and the USB socket. You don't need to remove this for charging so it won't get lost – a great design.

Run-times are close enough to what's claimed, as is charging – but four hours for charging is twice as long as some competitor lights.

Very bright for the lumen count, even on the lowest power mode, but side visibility is not as good as some lights are now offering.

Very tough and will last years. I have a pre-Daybright TraceR Mk1 that I bought years ago and it's still going strong.

It's not the lightest for its size, but you're getting a metal case and a very rugged build.

There are cheaper (more disposable) lights out there, but given the high-quality construction, materials, tech support and performance on offer, it's worth the money.

The Exposure TraceR combines a good range of functions and power levels with good usability and it's well made, reliable and bright.

I like the quality of its construction, the look of the anodised, machined casing (pity about the worn graphics), the well-thought-out way of switching between power levels and modes, the excellent and accurate fuel gauge, and the super brightness.

The bracket can easily be knocked or vibrated sideways and is only compatible with round seatposts. For time trialling I would use a more aero light that's designed to better integrate with a bike. Also the etched graphics wear easily.

The Exposure TraceR is more expensive than lights with similar lumen outputs. The 75-lumen Lezyne KTV Pro Drive 75 costs £25 and the 100-lumen Giant Recon TL 100 costs £24.99. The Moon Cerberus has superior side visibility, double the lumen count and costs £34.99.

The Exposure TraceR Mk1 is a UK-designed and made light that is tough, reliable, good looking and easy to use. The bracket could be improved and riders concerned with aerodynamics will look elsewhere, but overall it's very good. 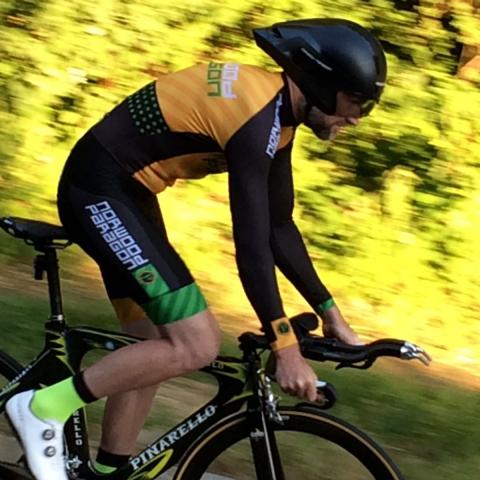 Simon finished his Masters in online journalism back in 2003 when the internet wasn't very exciting or popular yet. So he got a job as a sub editor on Britain's biggest weekly cycling magazine, where as well as taking out commas and putting them back in again he got to review a lot of bikes and kit.

As a keen time triallist he has spent many hours riding up and down dual carriageways early in the morning and has a national medal, a 19-minute 10 and a few open wins in his palmarès.

He and his seven-year-old son do the school run on a tandem, beating the traffic in car-choked Reigate and getting a great workout at the same time (for one of them).