The Discover seatpost from Shimano offshoot Pro is reasonably light, very long and easy to live with. It's just a pity it doesn't actually provide any comfort improvements.

If your bike setup involves a lot of exposed seatpost, then the Pro Discover carbon seatpost might just have your name on it – even if your name's really long. There's space for a lot of Letraset on a 400mm post.

Styled to match Pro's other gravel bike components, the Discover stem and handlebars, the Discover seatpost is fairly light at just 217g for this 400mm x 27.2mm version. As you might expect from those numbers, the main shaft is carbon fibre, as is the inner section of the clamp. There's some super-strong Dyneema fibre in the mix too, an ultra-high-molecular-weight polyethylene we've previously encountered in Specialized shoes, and the Outlier Minimal backpack. 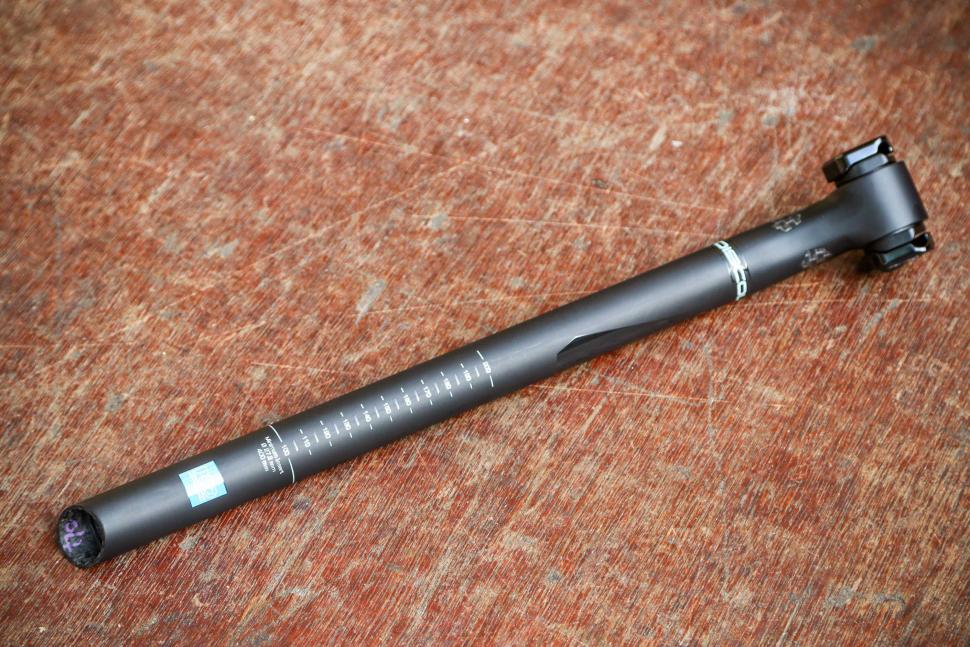 There's 20mm of setback (the distance between the centreline of the shaft and the centre of the clamp) which isn't unusual, but check against whatever you're swapping from, and there's room inside the post for a Di2 battery.

Your saddle is held by a side-fastening clamp, a design that has a chequered history. I've used side-fastening posts that simply would not stay put however hard I tightened them; getting the angles and friction between the surfaces right so the weight of a rider won't move the clamp seems to be less than trivial.

Happily, the Pro Discover carbon seatpost's clamp holds firm even when it has to cope with my current, ahem, lockdown weight (and if you haven't been raiding the fridge 14 times a day since March you have far more willpower than me). There's a catch though: Read The Freaking Manual. Or rather, read the torque recommendation on the clamp. 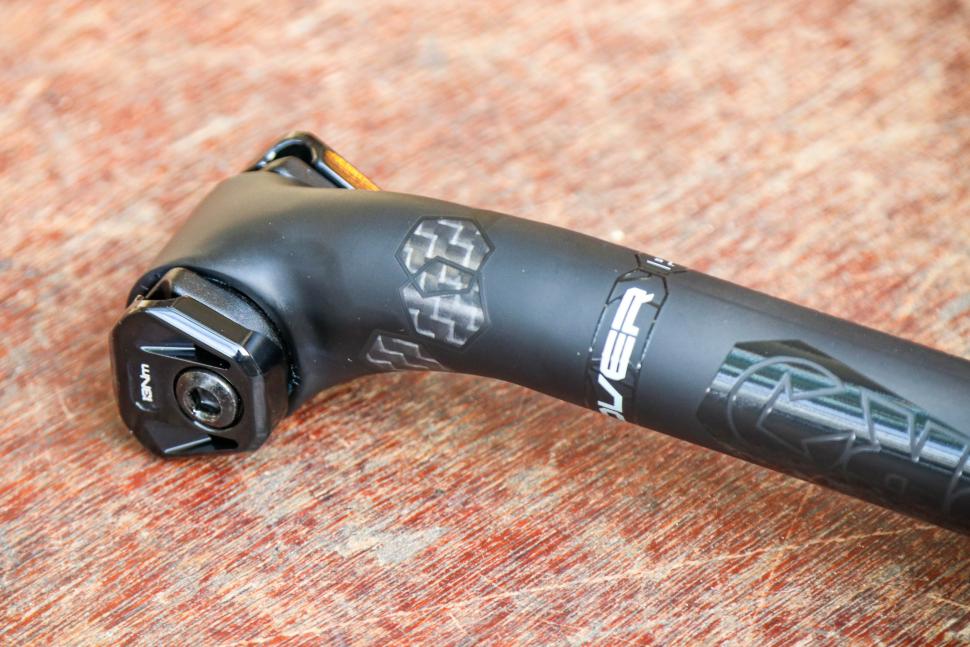 You have to tighten the saddle rail clamp to 13Nm. That's a surprisingly large amount of oomph to be putting through a 5mm hex if your fingers are used to the 5 or 6Nm that's typical of things like handlebar, stem and seatpost clamps or even the twin bolts of many high-end seatposts. Use a torque wrench, or you'll likely under-tighten it and it'll move.

How do I know this? Because I'm an idiot who hastily assembled a £230 seatpost without a torque wrench, didn't tighten it enough and it slipped. You're now going to take the piss in the comments and, well, fill your boots. I deserve it.

My torque wrench neglect aside, Pro's side-fastening clamp is a lot less fiddly than the saddle clamps on most seatposts. It only requires the normal human complement of hands to assemble it instead of the three that many clamps are designed for. So that's nice.

It's only designed for 7mm round-section rails though, so most carbon fibre rails won't fit.

Pro Bike Gear's tagline for the Discover seatpost is 'smoothing out the roughest rides'. Weeeell, not really. At least not as far as I could detect in normal trail use. It's not unusually stiff, and it may dissipate a bit of buzz, but on a gravel bike the tyres already do that unless you inflate them too hard. It certainly doesn't move under you in a way that you can feel, unlike some comfort-improving seatposts.

Thinking I might simply not have enough exposed to give the Discover seatpost a chance to do its thing, I switched it to the smallest frame I own. That's a hybrid with a 460mm seat tube (bottom bracket centre to top of seat clamp), as opposed to the 505mm of my gravel bike, so there was 225mm of seatpost exposed instead of 180mm, measured to the saddle rails.

For good measure, I whacked an extra 20psi in the tyres too.

Over hard pothole edges I did then seem to be able to pick up a bit of shock-absorbing flex, but there still wasn't much, and certainly not enough to justify the price. It might work better with even more post exposed, but to need that you'd have to be either very tall or riding a frame that's on the small side.

If you don't feel the need for a flexy seatpost, though, the Pro Discover seatpost is a very good piece of kit. With one rather large caveat: the price.

I generally try not to say much about price and value for money. I figure you know your own budget, dear reader, and are smart enough to figure out for yourself if a particular piece's features and capabilities are worth it to you. But there's no going past the fact that this is one of the most expensive seatposts around but doesn't really offer any particularly special qualities to justify its price tag. You can find it online for about £180, but that's still more than the Ritchey WCS Carbon Link Flexlogic. Conversely, you can pick up the Pro Vibe seatpost for under £60. It's very similar to the Discover but made from aluminium, and still decently light at a claimed 234g for a 350mm post.

On the gripping hand, the Canyon S15 VCLS 2.0 CF is expensive at £232.95 but lives up to its cushioning claims and is fairly light. The same goes for the Specialized CG-R post at £185, though they're getting hard to find since Specialized stopped using them on the Roubaix bikes.

Should you buy the Pro Discover seatpost? Yes, if you like its looks, or want a very long, fairly light post and feel the price is reasonable for those features. But you should look elsewhere if you want serious bump-taming abilities.

It's a carbon fibre seatpost with a single-bolt clamp that you get at from the side. The carbon layup is designed to provide a bit of comfort-improving flex. "Smoothing out the roughest rides," says Pro.

At 400mm it's also quite extraordinarily long.

WITH USE OF DYNEEMA

It's very tidily made.

Holds the saddle firmly, which is the main thing I want a seatpost to do, and if Pro didn't claim comfort enhancement it'd be getting a higher score here, but the ability to"smooth out the roughest ride" seems to be missing in action, and that marks it down.

Rate the product for weight (if applicable)
6/10

It's reasonably light, but not amazingly so.

Rate the product for comfort (if applicable)
5/10

As far as I can tell it's no different from just about any other seatpost.

I hate rating things for value, but there's no going past the fact that for about the same money you can get seatposts that provide the ride-smoothing that's claimed but missing here, and you can get lighter posts for less money if that's your priority. Score it 6/10 if what you really need is a very long seatpost.

Perfectly well, except for the lack of alleged ride-smoothing.

Be nice if it actually delivered the claimed smoothness.

Did you enjoy using the product? Yes, insofar as it's enjoyable to have a saddle that stays where you put it.

Would you consider buying the product? No, I don't need the length and there are better bump-taming posts.

Would you recommend the product to a friend? Only if they needed a really long, robust post. It's a pretty narrow use case.

Curly one this. If Pro hadn't claimed this post was capable of 'smoothing out the roughest rides' it'd be getting 7 for 'good', because it IS a decent seatpost, just a bit expensive. But when a major claim about a product just isn't delivered, and that product is among the most expensive in its category, it's hard to give it more than 5, 'average'. 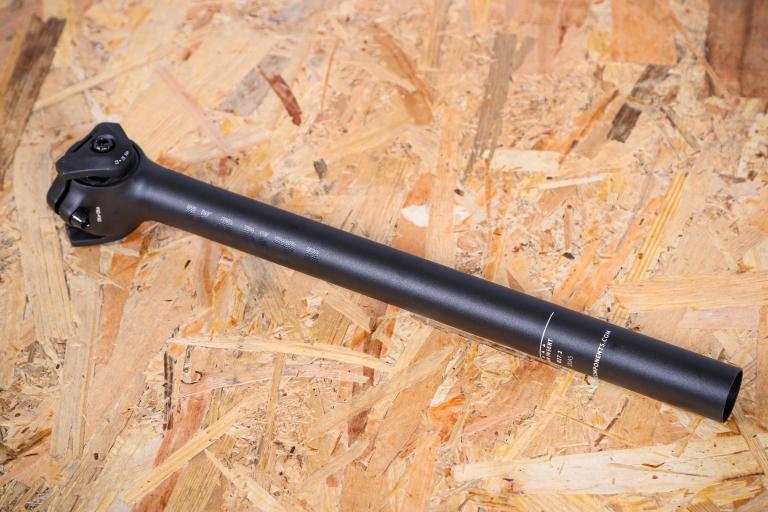 Well-made, smart looking post, but anti-shock tech is unlikely to be felt by either road or gravel riders 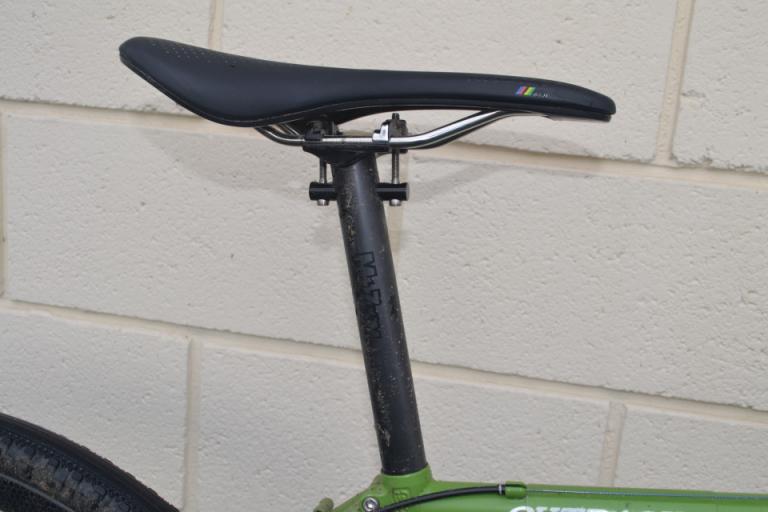 Incredibly light and very well priced, but max insertion limit may not work for your bike 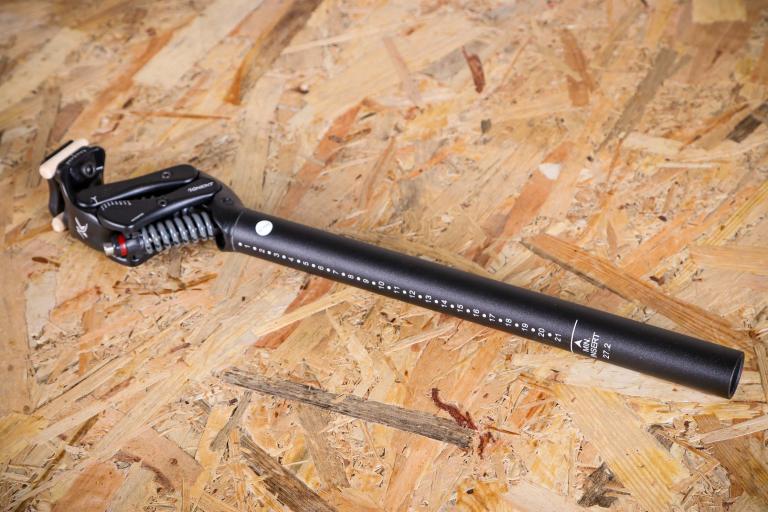 Offers a decent amount of travel and highly adjustable, but it ain't cheap 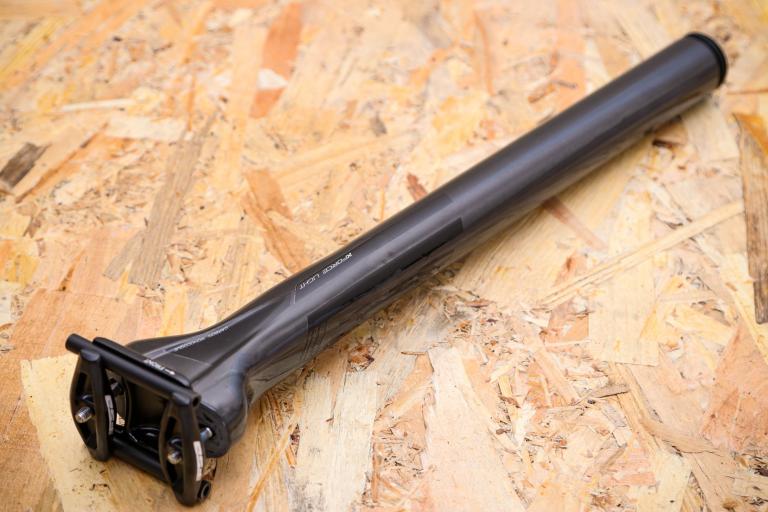 Light and beautifully made, but clamp design needs refining – and it's expensive