It didn’t take me long to gel with the Ritchey Swiss Cross Disc. I only picked it up 30 minutes before the start of the Ritchey Reveller dirt sportive and had just enough time to set it up, fitting pedals, a bottle cage and sorting the saddle height, all of which is far from ideal preparation for any bike ride, let along one that would take me onto unfamiliar roads and dirt tracks in and around Bristol.

But the sure-footed handling and stability of the bike, with its skinny triple butted Logic II chromoly tubeset and carbon fibre fork and chunky 35mm treaded tyres, provided the perfect companion for 80km (it was only supposed to be 60km; we missed a few turns, okay) of exploring country lanes and bridleways - made squelchy by heavy early morning rain - south of Ashton Court in Bristol, where the inaugural event started and finished. 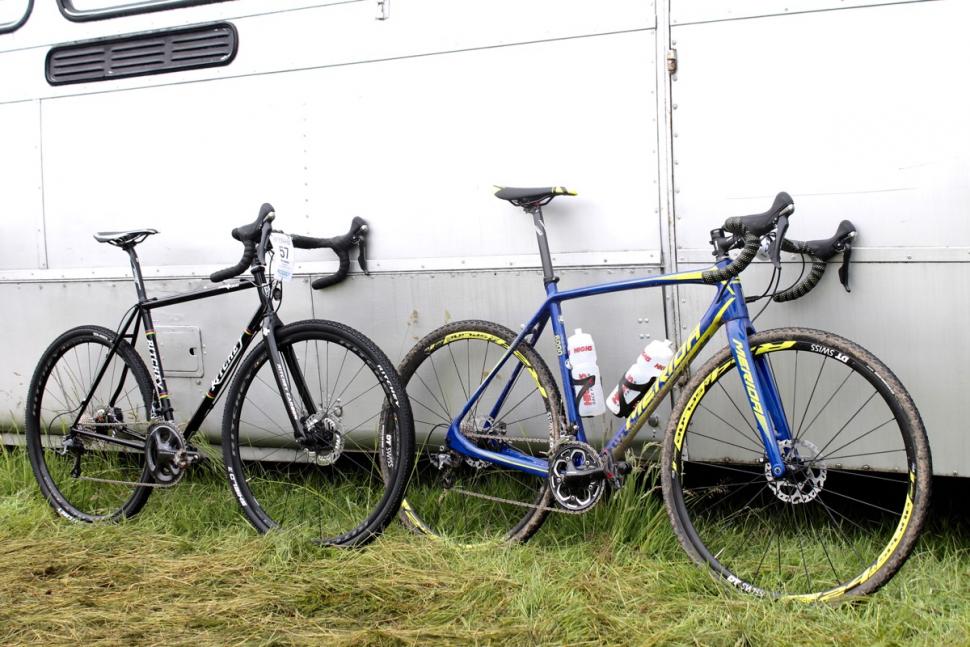 This is no high-tech cyclocross bike. Compared to carbon fibre Merida cyclocross race bike Mat was riding alongside me, the Ritchey is a thoroughly classic looking bike. That’s no criticism: this is a legendary frame, albeit in cantilever brake guise, to those people who have been cycling for several decades.

The skinny tubes are beautifully welded together with nice details like the integrated seatclamp bolt, curved and asymmetric seatstays to provide clearance for the rear disc calliper, tiny dropouts, hourglass head tube and external cable routing facilitating full outer casing on the down tube positioned gear cables. And there’s no denying it, it’s a good looking bike especially in this decadent black paint job with recognisable world champs rainbow bands. On the road the Swiss Cross cruises along with the smoothness you’d expect from a steel road bike, but of course the 35mm Ritchey Shield tyres help to absorb the brunt of the vibrations. It’s a smooth ride. It’s not a rapid road bike, though, with slower acceleration than Mat’s carbon Merida, a difference that is to be expected of the two materials (and he had skinnier, smoother, more road-friendly tyres too).

That relaxed nature comes into its own in the dirt and mud, though. It’s in the singletrack that the Swiss Cross is most at home. The route for the Ritchey Reveller took us through some idyllic parts of the countryside using a mixture of byways and bridleways that skirted alongside hedgerows, busy roads and through housing estates, the sort of mix you just wouldn't enjoy if you just went out on your road bike, or mountain bike. 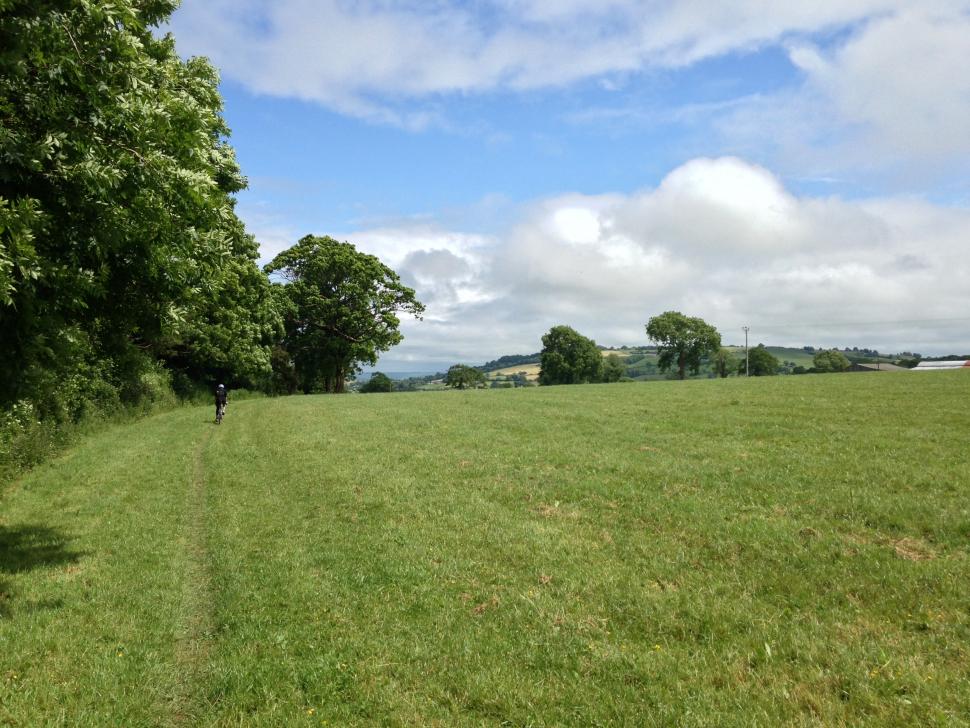 I say mostly, because, despite the low-pressure tyres finding grip in the mud, the road bike gearing (50/34 chainset to 11-28 cassette) was simply too tall for some sections (they were much steeper than they look here, honestly!). A cyclocross chainset and more generous cassette would be on order if I was buying this bike, or a SRAM 1x11 drivetrain because the Swiss Cross was hamstrung on the parts of the route that it was most at home on. Granted some of the trails we rode pushed beyond the capability of a cyclocross bike; a mountain bike, with lower gearing and wider tyres, would have been beneficial. But the Swiss Cross Disc managed it all. What the route highlighted is that tyre choice, tyre pressure and gearing are critical for this sort of riding. While I had an advantage in the gloop, the tables were turned on the tarmac. Despite exceeding the limitations of the bike and its setup on some of the more challenging trails (though the wet weather didn't help here at all) the event did highlight just how much fun it is to mix up your tarmac and dirt on a bike that, while not excelling at either, managed both with decent capability.

Thanks to Ritchey for letting me borrow the bike. More at http://ritcheylogic.com/swiss-cross-disc-bike