A bike built for the 6,800km Trans Am bike race
by David Arthur @davearthur

What bike and setup would you choose to tackle a near 7,000km bike race across America? If you're a frame builder you can build the perfect machine, and that is what Rob English of English Cycles hopes he has done.

The Trans Am Bike Race is a 6,800km self-supported bike race across the United States, a daunting challenge for sure, and here’s the custom bike that frame builder Rob English has built for his attempt at the race next month. 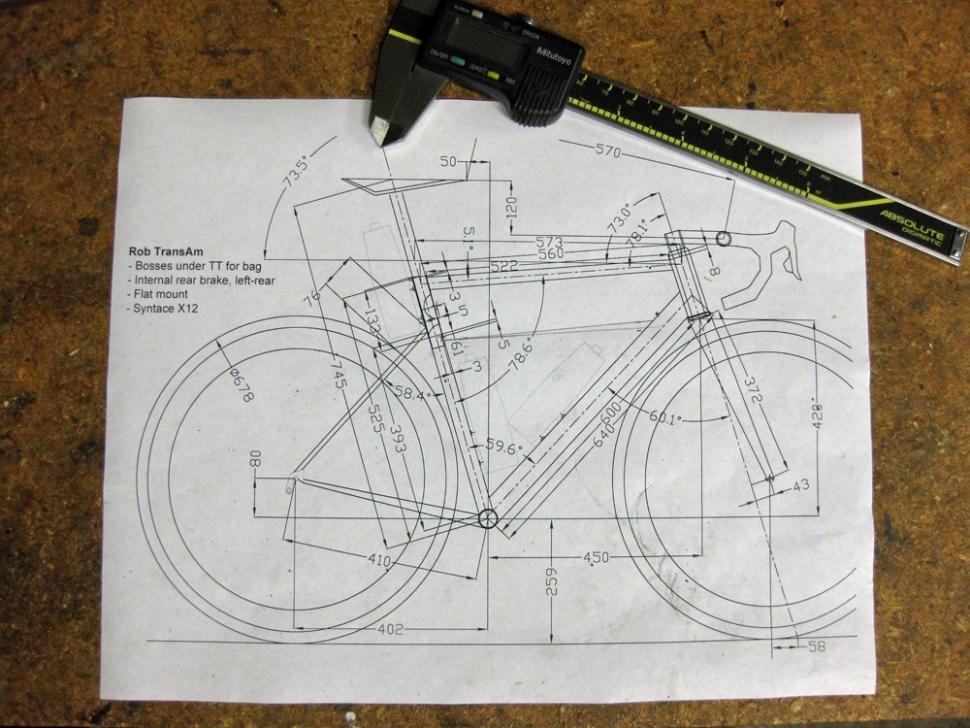 The Trans Am has only been going for four years, and the debut race in 2014 was won by the late Mike Hall, in a time of 17 days 16 hours 17 mins. It’s a time that still stands to this day. The ride is featured in the film Inspired to Ride, a must-watch.

Back to Rob’s bike, and it’s something special that much is clear. Rob sees his taking part in the race as a coming together of his background in mountain bike endurance, road racing and time trialling, and a neat way to celebrate his 40th birthday. 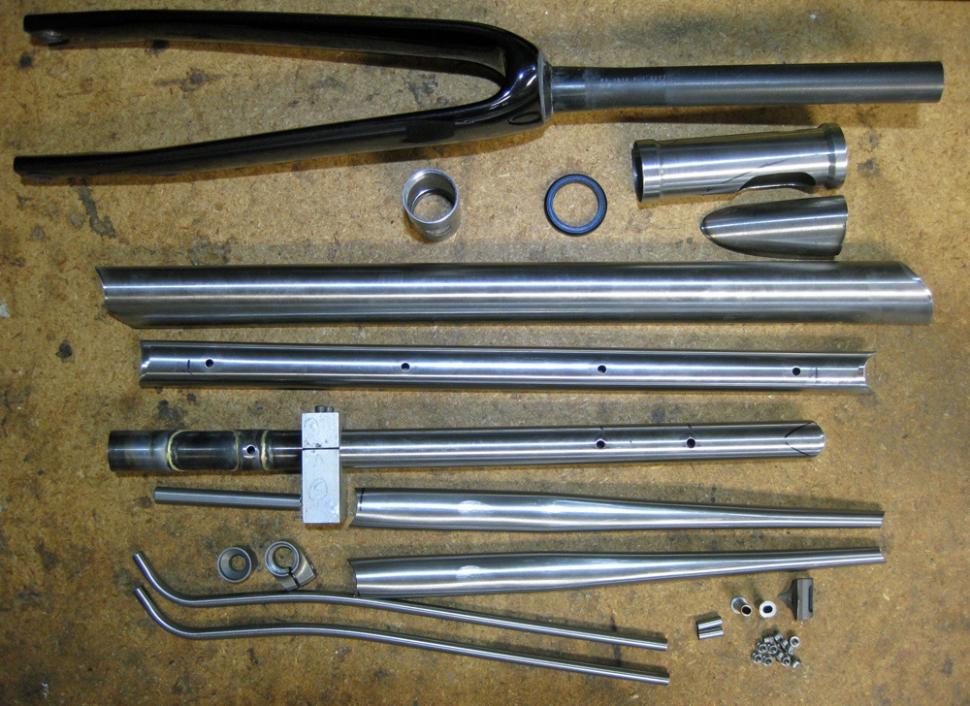 When you’re a frame builder you can build pretty much anything you want to suit the specific demands of the ride. His brief was for a “fast, ultra-light road touring bike” so he’s considered comfort as well as aerodynamics. And the finished bike certainly appears to live up to expectations.

The frame is made from custom shaped  True Temper S3 and Columbus Life steel tubing with a few geometry modifications from his regular road bike position, and a lowering of the bottom bracket for increased stability. There’s minimum top tube slope and extra front centre length to provide more space for a frame bag, which attaches via bosses, and two bottles. 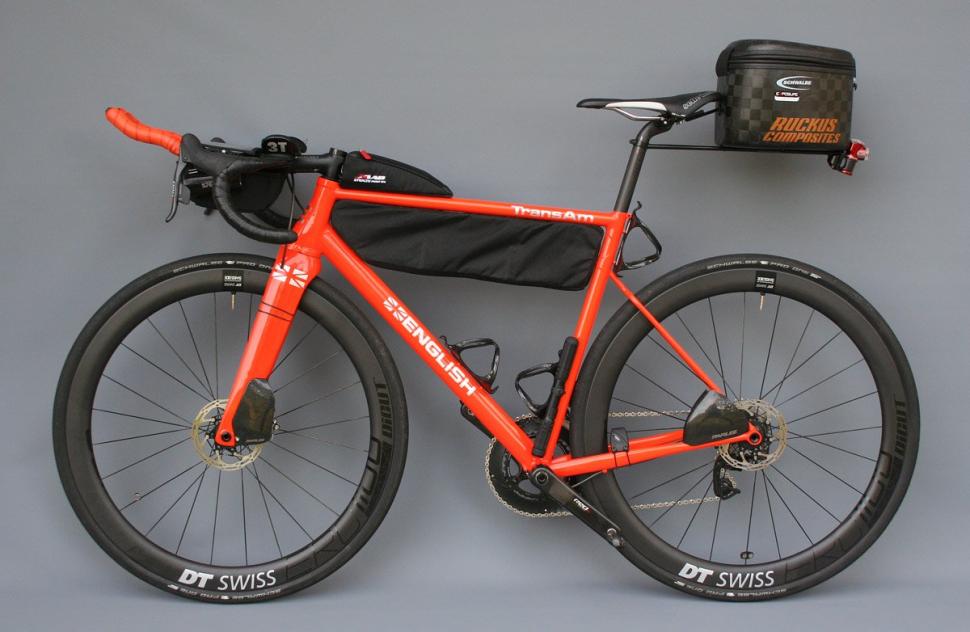 After much internal debate, he’s decided to go with disc brakes. So 12mm thru-axle with flat mount and internal hose routing at the back, and 12mm at the front. Disc brakes also won out because it more easily allows Rob to run wider 28mm tyres for added comfort.

It looks like the seatstays have been kept as skinny as possible and mounted low on the seat tube to provide as much comfort as possible, but Rob adds that it’s really to give space for a third bottle cage on the back of the seat tube. Stiffness looks plentiful with oversized and tapered chainstays and a large profile down tube. 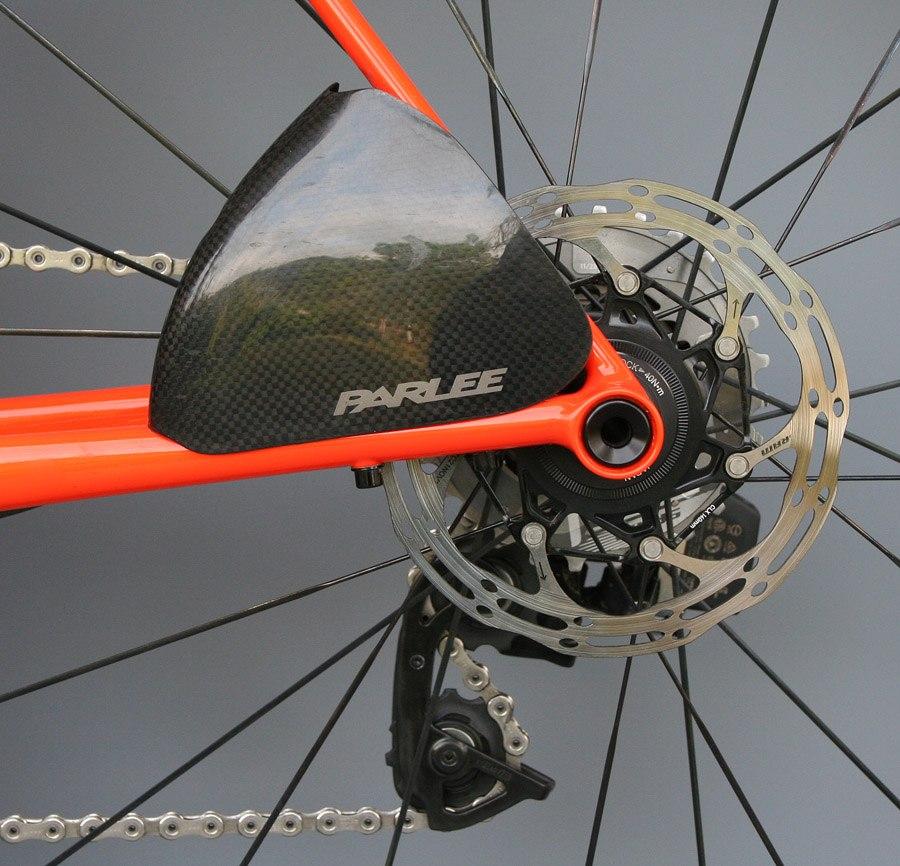 To improve the aerodynamics the head tube has a flared front section, the like of which we’ve never seen before on a steel frame. It blends perfectly into the oversized carbon fork that Rob has chosen to use, which is actually a Parlee TT fork that he got custom sprayed to match the frame. Rob has also borrowed the carbon caliper fairing from Parlee’s radical disc-equipped TT bike at both ends. 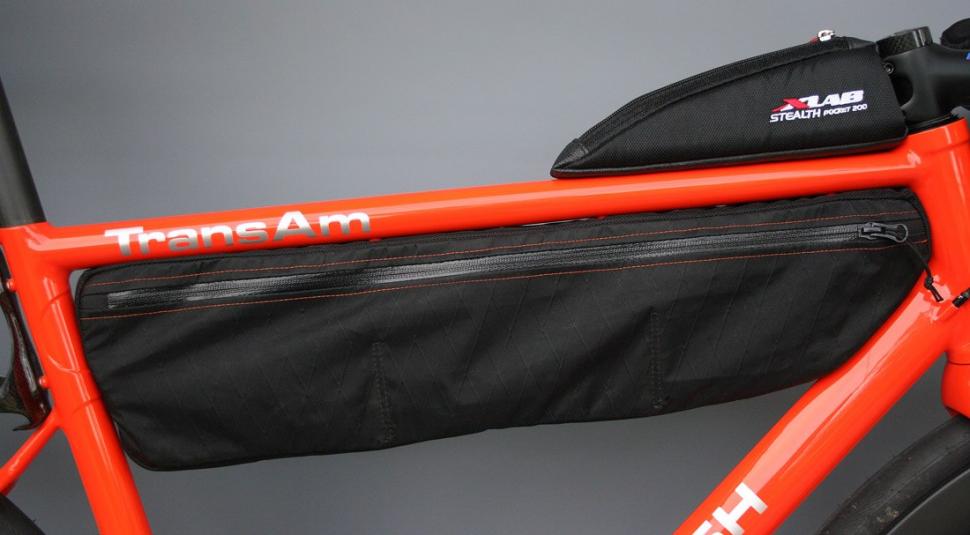 For the equipment Rob has gone with a SRAM Red eTap electronic groupset, and optional Clic shifters on the TT extension bars, so he can change gear without changing position. Keeping with the aero theme, he's using the DT Swiss ERC 1100 Dicut DB Endurance wheels that I liked very much when I reviewed them recently.

Kaibab Customs created some custom bags for the bike with a regular frame bag attached to bosses on the underside of the top tube, and a food storage box under the aerobars, with a handy map case on top. There’s a bento box on the top tube and out back we see the biggest nod towards his aerodynamic concerns, a unique carbon fibre box that fits a steel support frame bolted to the seatpost and saddle rails.

Weight for the bike including Exposure front and rear lights, Silca pump and bags is 9.97kg (22lb) which is damn impressive. It’s certainly a bike that looks built for the purpose of solo racing across America, and we wish Rob the best of luck. You can learn more about the bike here www.englishcycles.com/custombikes/robs-transam-race-bike/