Merida to launch Silex gravel and adventure bike for 2018

Merida is set to launch its first adventure and gravel bike this year. It’s called the Silex and will come in a choice of carbon or aluminium frames, with disc brakes and mudguard mounts and clearance for up to 42mm tyres on 700c wheels or 2.25in 650b mountain bike tyres.

The bike hasn’t been officially launched yet but Merida’s Dutch website has given all the juicy details away, so we’ve been brushing up our language skills… and using Google Translate. 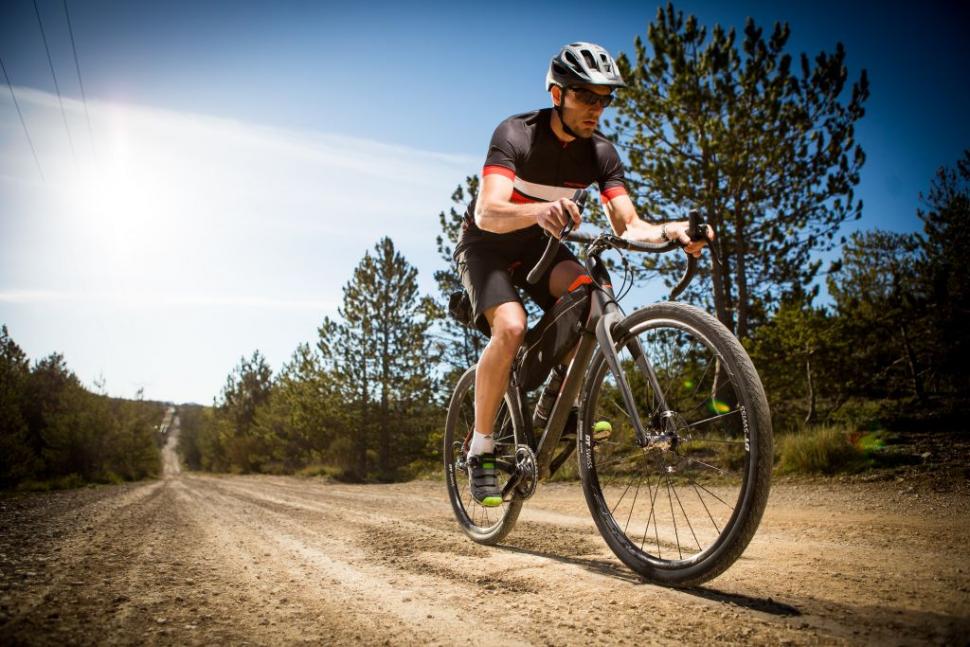 Merida has developed a bike that it says fits the new gravel bike trend but can handle more than just gravel paths. It’s calling it a multi road bike. It’s hoping to find wider appeal and reckons it’ll suit everyone from adventure cyclists through to former mountain bikers and commuters.

Geometry defines an endurance bike and generally sets it apart from a road or cyclocross bike. Merida has chosen a different path to other road bike brands, and taken inspiration from a mountain bike. The result is very long top tube and short stem - 80 to 90mm - designed to provide the acceptable reach whilst sharpening up the handling. One possible benefit of the geometry is that Merida says it could be equipped with a flat handlebar. 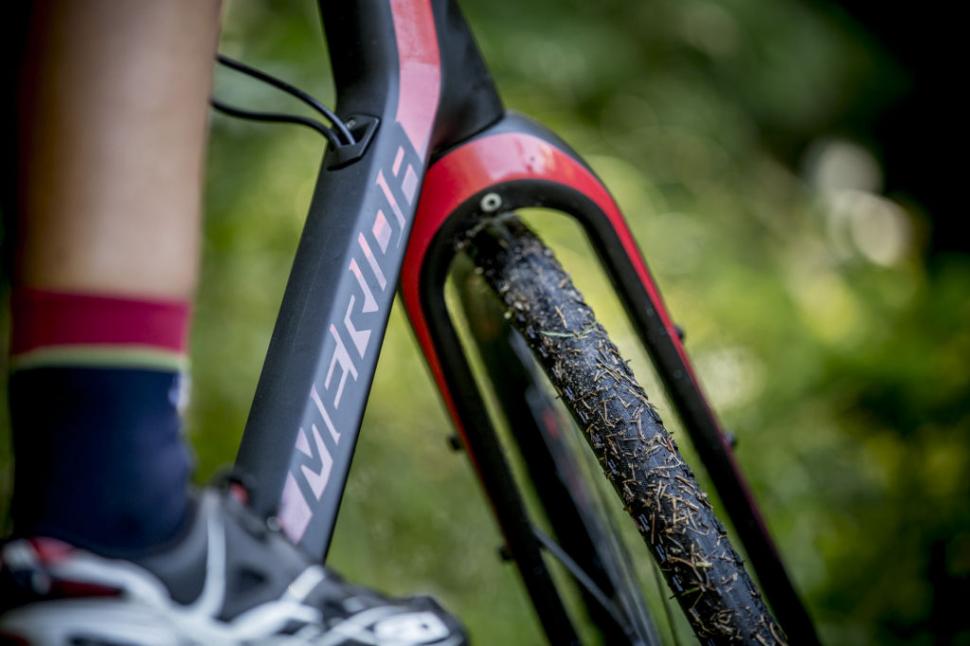 The other distinguishing feature is a very tall head tube. That’s a decision based on the company’s observation that it sees lots of customer bikes with a tall stack of spacers, which it says negatively impacts the stiffness and appearance. By using a longer tapered head tube there’s less need for spacers yet still providing the accessible position this sort of bike needs to offer.

There will be five frame sizes, with a size medium featuring a 626mm stack and 400mm reach, 200mm head tube, 579.9mm top tube and 71-degree head angle. The bottom bracket drop is 75mm and the chainstays measure 430mm.

The frame is going to be offered in carbon and aluminium variants, with internal cable routing and 12mm thru-axles and flat mount disc brakes. It looks like Merida’s novel heatsink rear brake mount has been ported over from its road disc bikes.

Excitingly perhaps, Merida has used a 30.9mm seatpost so that it’s compatible with a dropper height adjustable seatpost. We’ve seen the new Specialized Diverge S-Works being equipped with a dropper post, so might this be the start of a new trend?

Merida is claiming a 1,050g carbon frame weight (950g claimed for an unpainted frame) and 1,500g for the aluminium version, and 500g for the carbon fork. 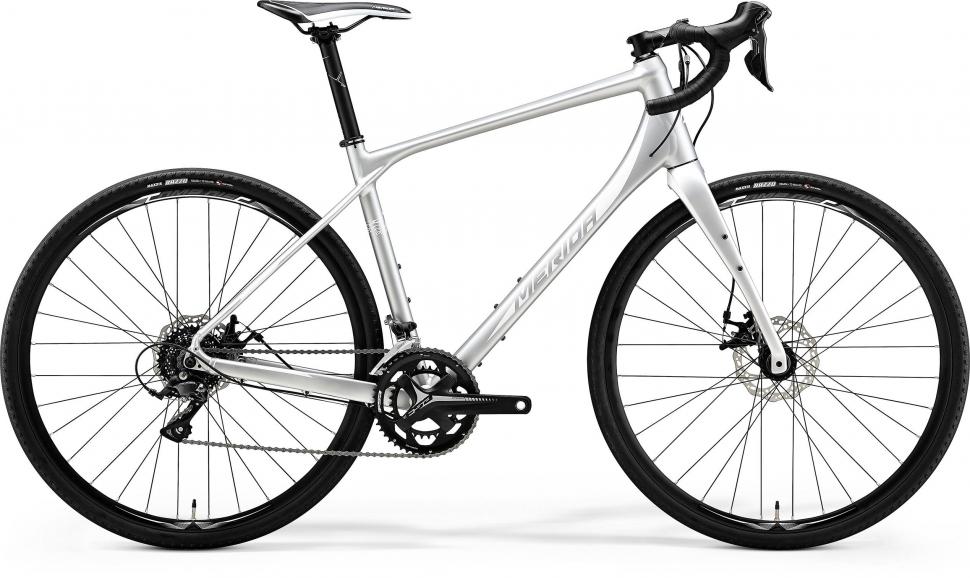 There’ll be a range of equipment levels to suit different prices (we don’t have any indication on UK pricing yet) with Merida’s Carbon S-Flex seatpost providing additional seated comfort. It has also developed a 35mm tyre in conjunction with Maxxis.

It’s a semi-slick design intended to be fast on the road with low rolling resistance yet offer suitable grip for off-road exploits. The company has also developed a new oval handlebar intended to provide a comfortable fit, with a very short reach and compact drops. 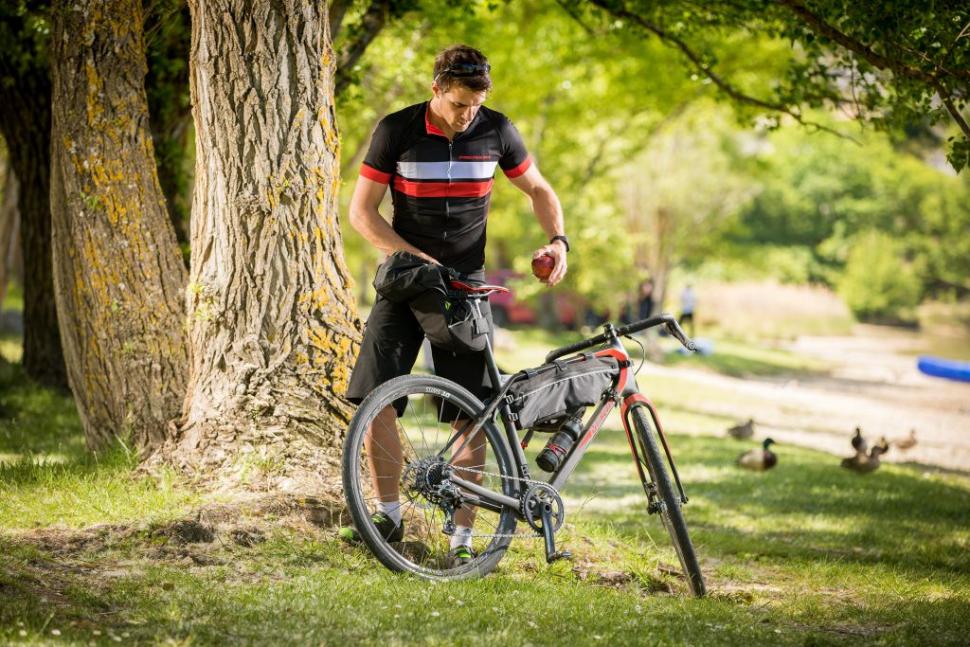 And for the growing bikepacking market, Merida has developed its own bags design to perfectly fit the frame. There are no details on those bags but we'll hopefully find out more soon.