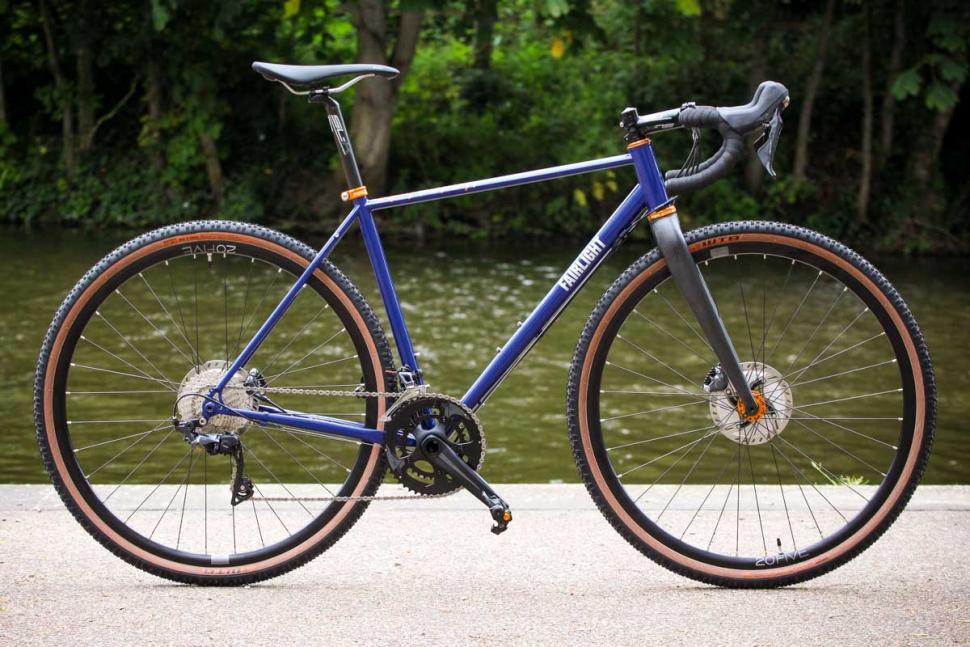 Following the highly impressive Strael all-season steel disc road bike, British company Fairlight Cycles has launched the Secan gravel and adventure bike and we’ve managed to get our hands on the first fully built bike. Before I ride it, here’s everything you need to know about the new model.

Let’s start with the name. Secan is an old English word meaning to seek, and that does seem a very apt name for a bike designed for adventure riding where it’s all about seeking the road less travelled, exploring new trails and getting out of your comfort zone either in terms of distance or terrain. 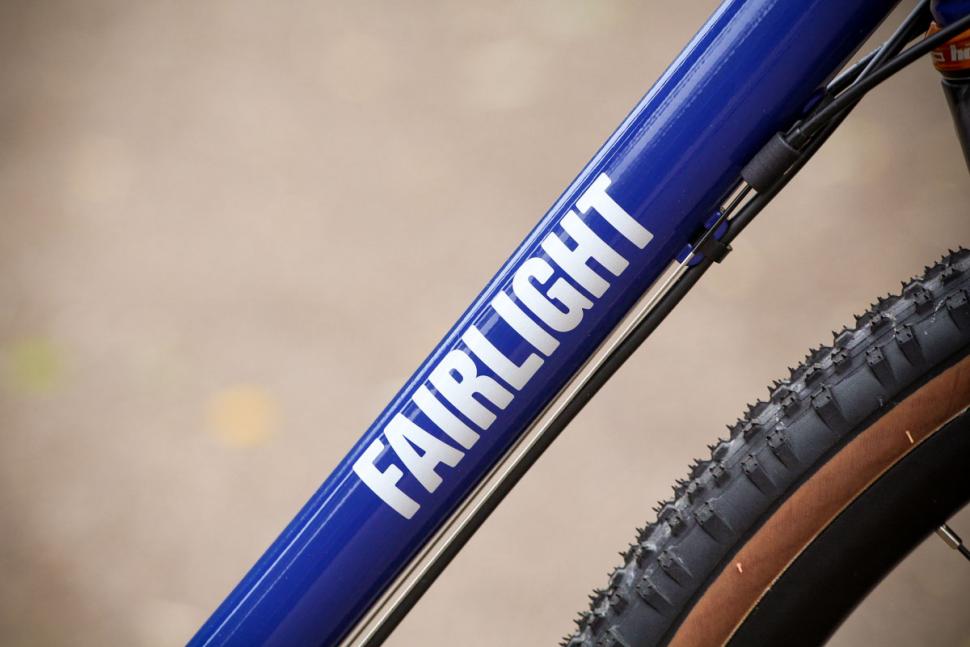 Dom Thomas, the designer at Fairlight Cycles, told us the genesis for the new bike came from customers of the Strael enquiring about how wide a tyre would fit, and if it would take the new breed of 650b road plus tyres such as the WTB Horizon. The answer was no - the Strael is pitched primarily as a road bike, albeit one that will take up to 33mm tyres. The solution was to design a new bike. 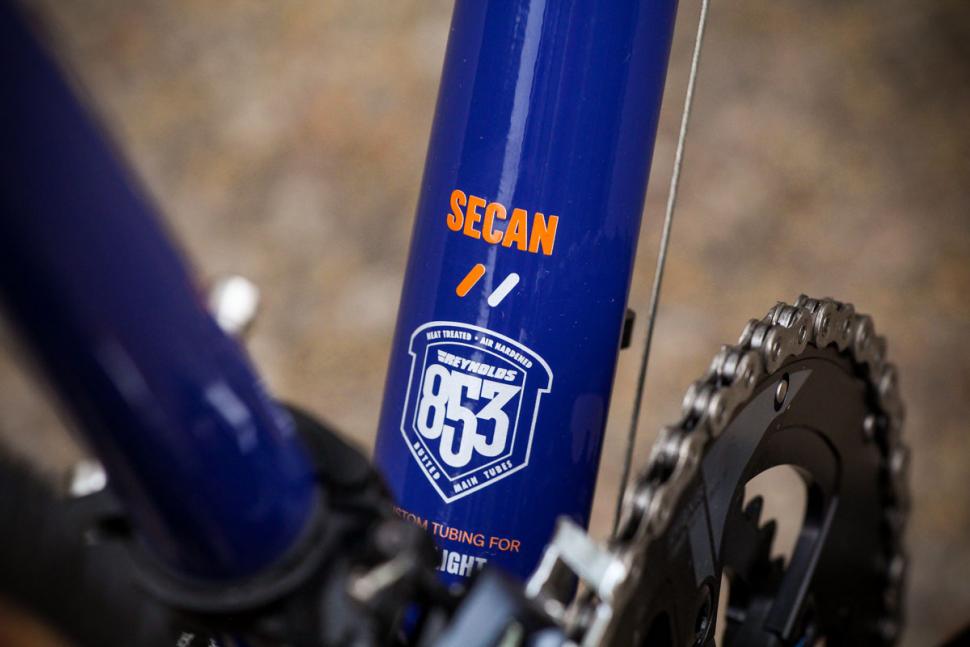 The Strael DNA, from the tube profiles to the small details and the general appearance, was the starting point for the Secan. The aim was to replicate the ride feel fo the Strael but adapt it for off-road use, through the increased tyre clearance and modified geometry.

So there’s a similar Reynolds 853 tubeset for the main triangle, but the secret sauce has been in the development of the buttings inside the tubes to provide the extra stiffness and strength that are required to combat the higher loading forces from the longer fork.

A close relationship with Reynolds allowed Fairlight to develop a DZB (Dual Zone Butting) down tube that meets specific requirements. With more material reinforcing the down tube at the head tube the need for a gusset was avoided, and it passes tough ISO (International Organization for Standardisation) tests. These tests are designed to ensure bicycles are as safe as is practically possible. The drilling for the external cable routing is outside of the stress zone so poses no issues. 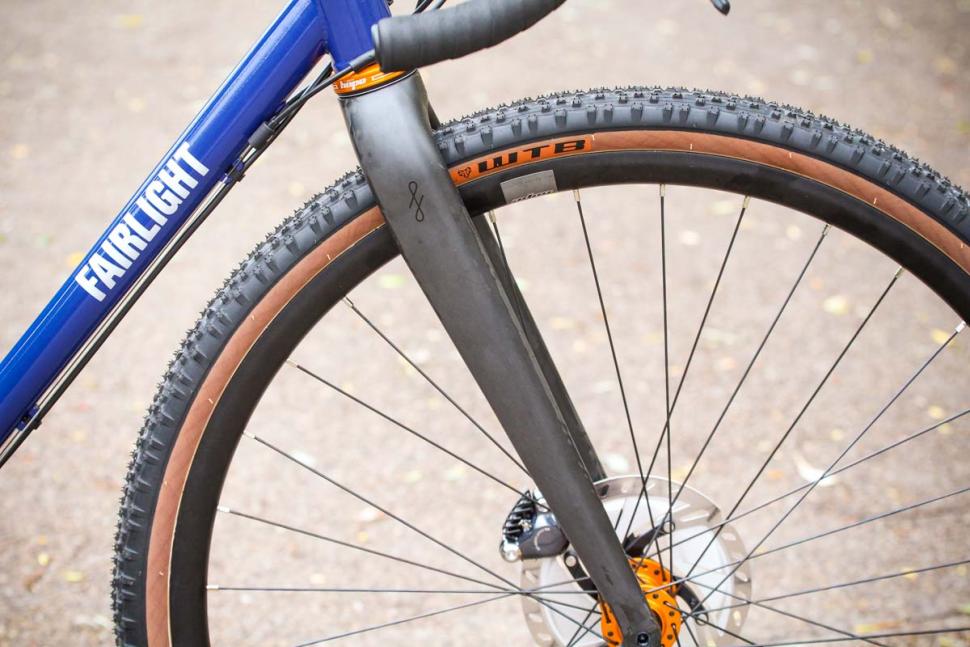 The changes do result in a slightly heavier frame, it gains about 200g over the Strael, with a raw 56r coming it at a claimed 1,980g, and 2,180g once you add paint, bolts, brake mounts and other fittings. The fork is 470g with axle, 430g without. While we’re talking about weight, the pictured 56r test bike with a Shimano Ultegra and Praxis groupset with Hope wheels and hubs and WTB Resolute 42mm tyres weighs 9.98kg.

It’s not the lightest, but then it’s not trying to be, it’s designed to be tough and durable for year-round all-weather riding and tackling all sorts of terrain. If you wanted to go lighter, Fairlight tells us they’ve built the bike down to 9.5kg with some carbon wheels, even down to 9.2kg with 28mm slick tyres. To put the weight in context, the aluminium Mason Bokeh, size 56cm with a SRAM Force groupset, weighs 9.4kg. 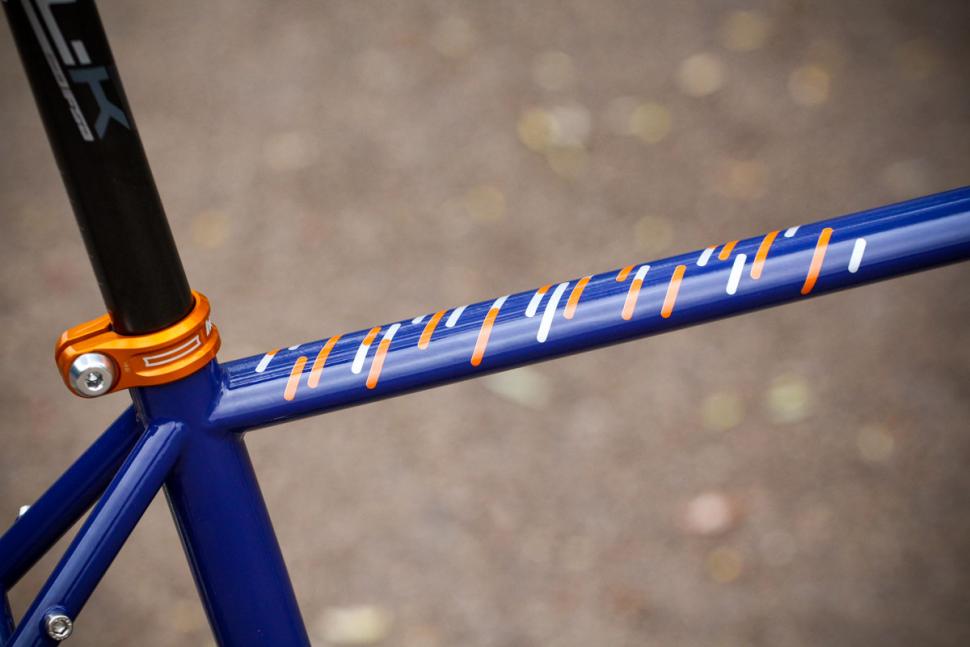 Elsewhere, there’s the same skinny ovalised top tube, seat tube and oversized 44mm head tube as on the Strael. The frame accepts a 27.2mm seatpost, the bottom bracket is external and all cables are also routed externally, with extremely neat routing in particular around the bottom bracket 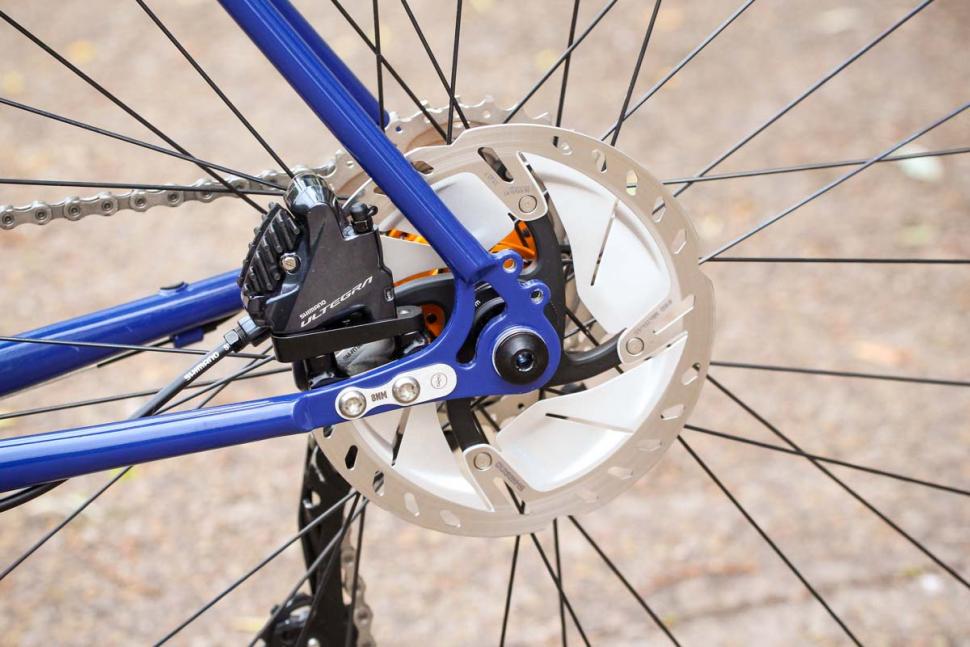 The rear stays are different from the Strael in order to increase the tyre clearance. They are carefully bent and to increase the strength the wall thickness has been ramped up. Particular attention was paid to the chainstays, a tricky area when trying to maximise tyre clearance while factoring in the other considerations like the chainset and front mech, all without resorting to a dropped chainstay as is becoming increasingly common on gravel bikes. 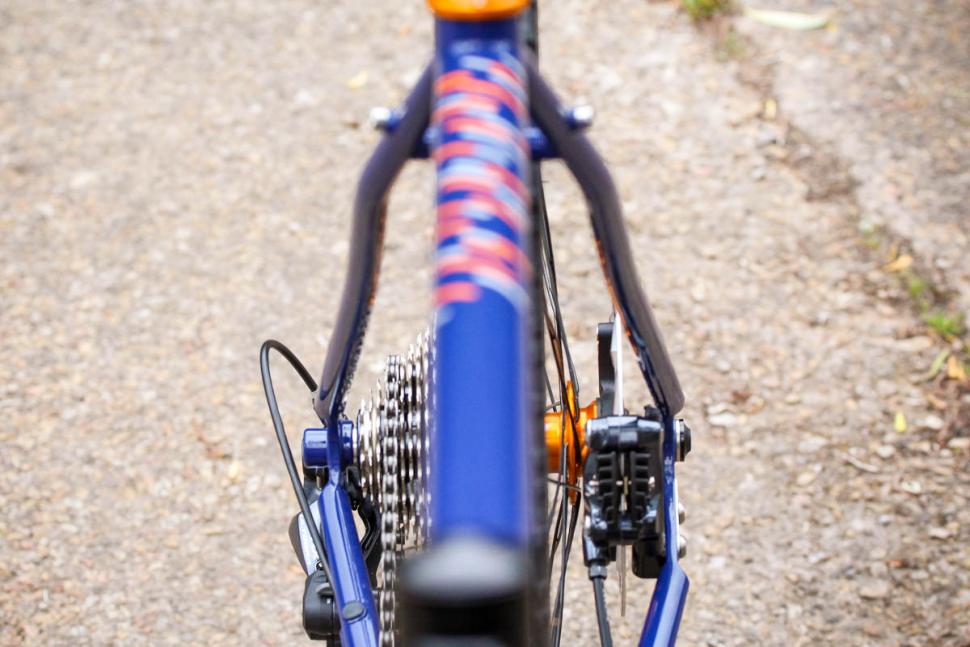 All that bending means there's 68mm measurable distance between the chainstays near the bottom bracket, and the result is extraordinarily generous tyre clearance. It’ll take up to a 47 or 48mm tyre on a 700c wheelset. Swapping to 650b (or 27.5” if you prefer) wheel nets you 2.4” tyre clearance, opening up some interesting mountain bike tyre choices for really exploiting the off-road capability. Even utilising the mudguard mounts, you’ll still get up to 42mm 700c tyres.

Geometry has also been tweaked to accept those wider tyres, with the chainstays growing to 430mm and a wheelbase that is 20 to 30mm longer than the Strael. Those changes along with a more relaxed 72-degree head angle, 50mm fork rake compared to 45mm on the Strael, a lower 78mm bottom bracket drop should provide the required extra stability over mixed terrain. The stack is also 10mm higher too while the reach is the same. 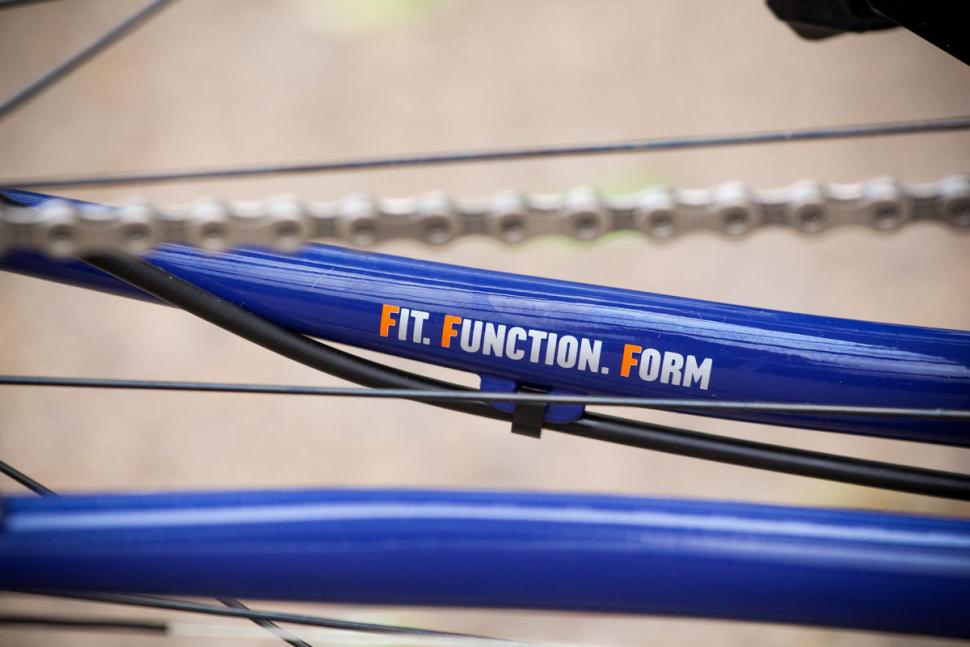 As with the Strael, the new Secan is offered with its Proportional Geometry which basically amounts to a tall and lower version of each frame size. So you can have a short or tall headtube depending on your fit requirements. The pictured bike is a 56 Regular because I like it reasonably low at the front, but if you prefer a more relaxed fit the 56 Tall has a 40mm taller head tube which also reduces the reach. 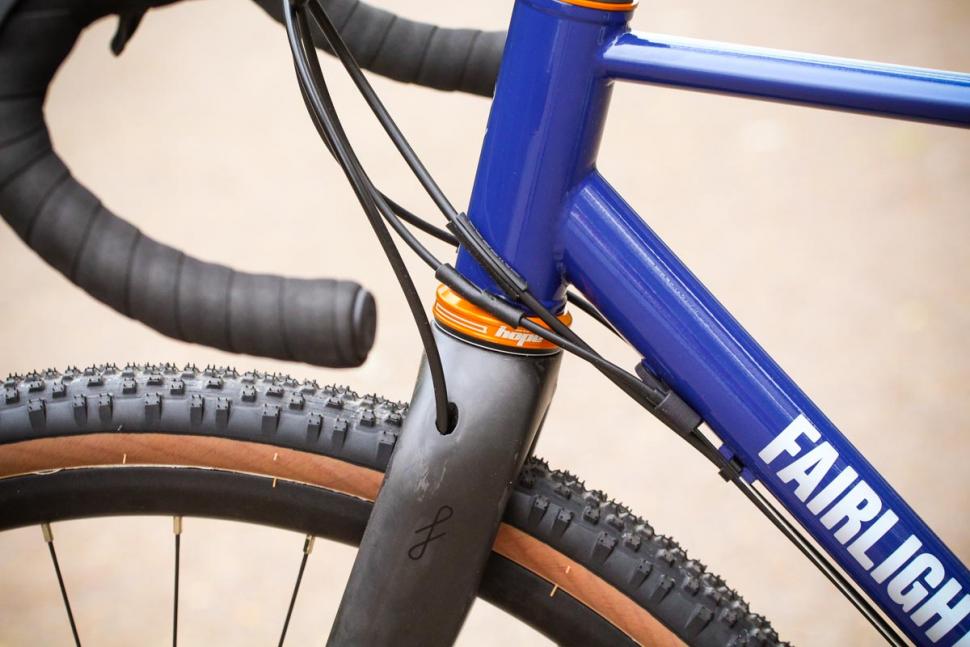 It’s obviously the sort of bike that lends itself to the growing trend for bikepacking and Transcontinental-style unsupported riding, and to provide as much space in the front triangle for a frame bag, the seat tube bottle cage mount is as low as it goes without compromising the seat tube bottle. There’s also the requisite third bottle cage on the bottom of the down tube. And there’s a mount on the fork for a dynamo light. 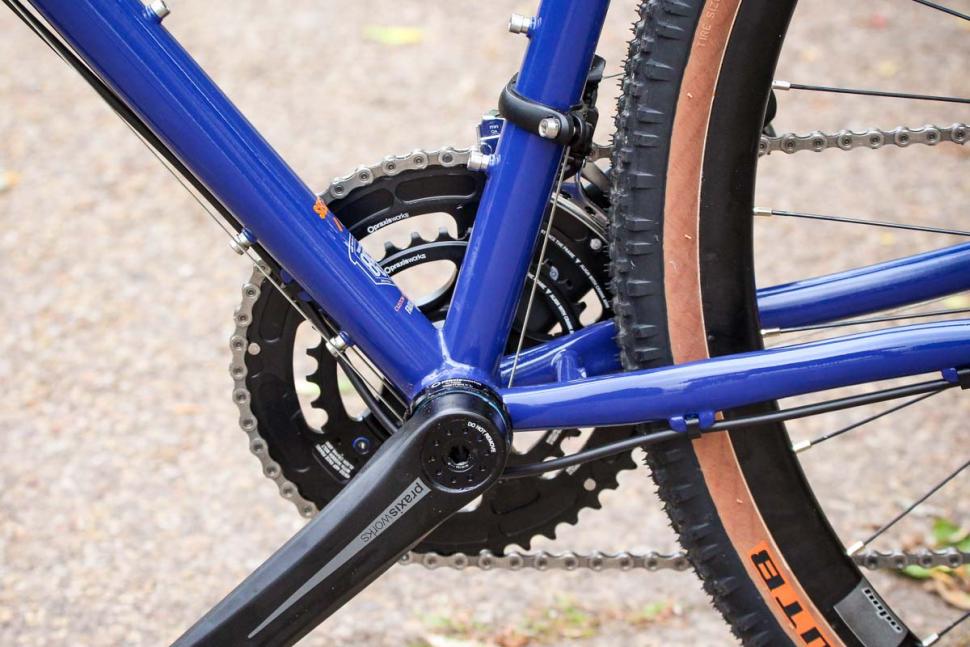 Disc brakes are pretty much mandatory on this sort of do-everything go-anywhere bike, and the Secan uses flat mount calipers with 12mm thru-axles at both ends. Fairlight has worked with UK engineering firm Bentley Components to design the very smart looking dropouts, into which the brake caliper mount is integrated.

Fairlight’s Dom Thomas was keen to remind us that they set out to design and manufacture the best frame they can, then set the price accordingly. They sell direct which allows them to pass on some of the savings that cutting out a distributor layer provides. You can get a free bike fit at London’s  Swift Cycles too, and with bike fit such a key component of buying a new bike that’s an offer very much worth taking up. 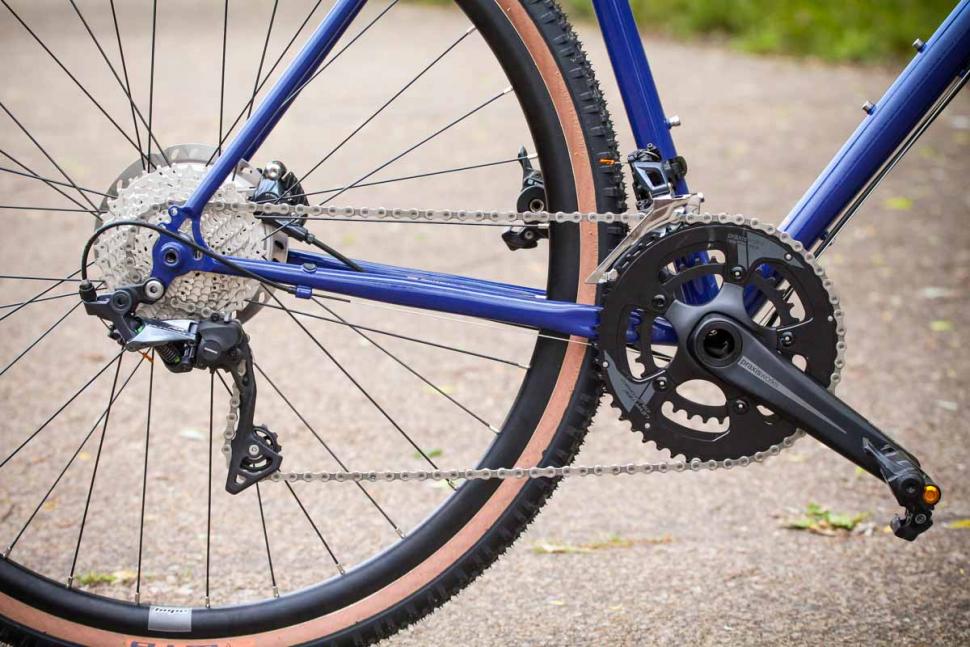 Purchase options are varied, from a frameset and build it yourself approach, to several SRAM and Shimano complete bike options. We’ve got an Ultegra R8000 mechanical build and I’ve opted for the Praxis Zayante sub-compact chainset, a no-cost change over the Ultegra chainset, as I reckon the lower gears will be invaluable off-road. 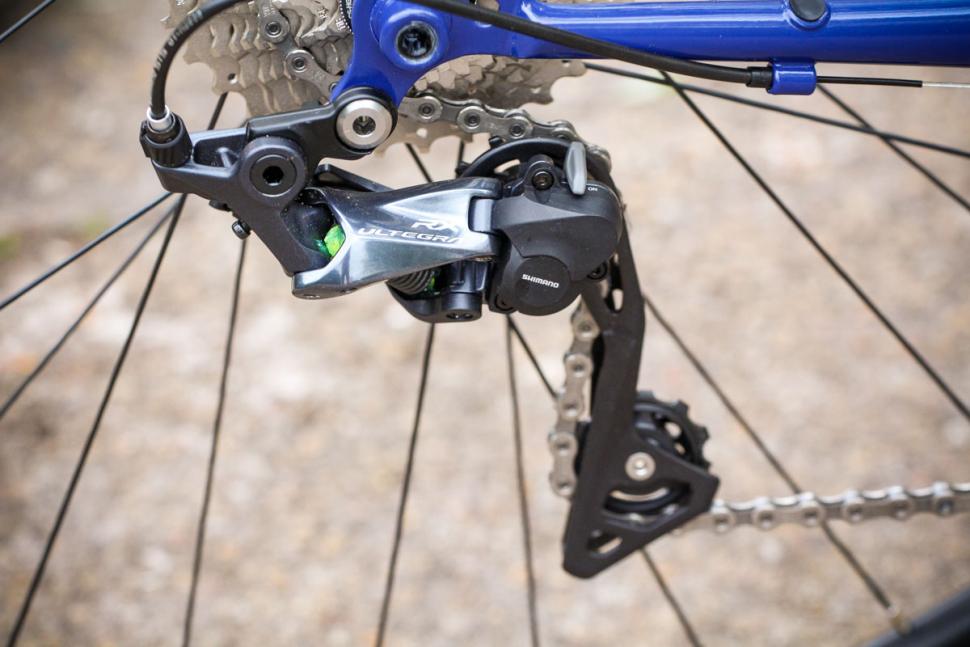 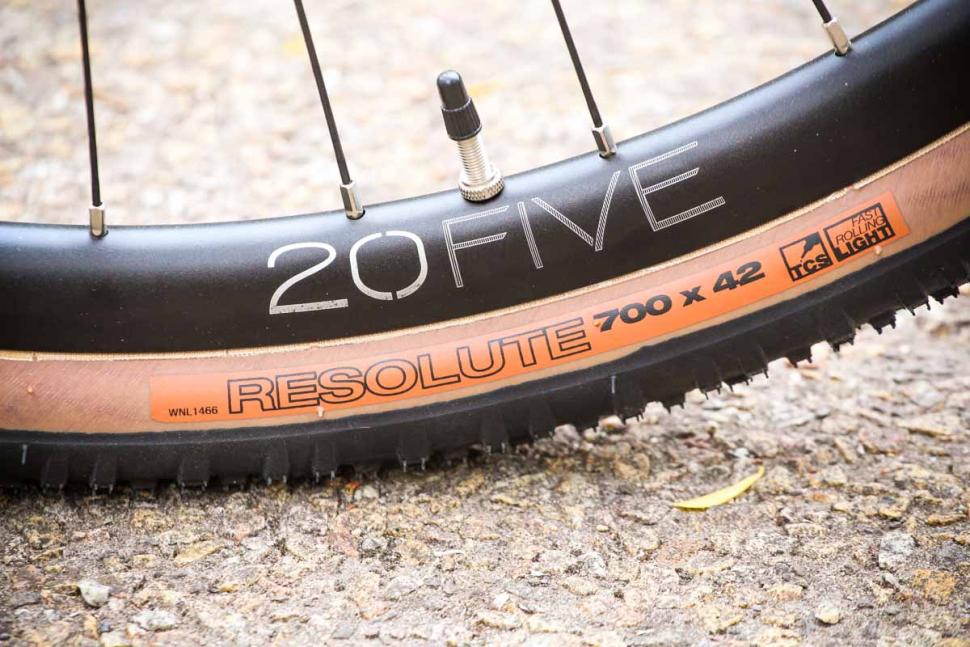 Sticking with the British theme, Hope RS4-20Five wheels with wide aluminium tubeless-ready rims and 32 spokes are shod with WTB Resolute 42mm tyres, which are also tubeless-ready. Finishing kit is all good quality stuff, from the FSA Adventure handlebar which has slightly flared drops, to the matching stem and carbon fibre seatpost topped off with a Fabric Scoop saddle.

The price of this bike, as pictured, with the optional Hope headset and seat clamp upgrade, is £2,649. 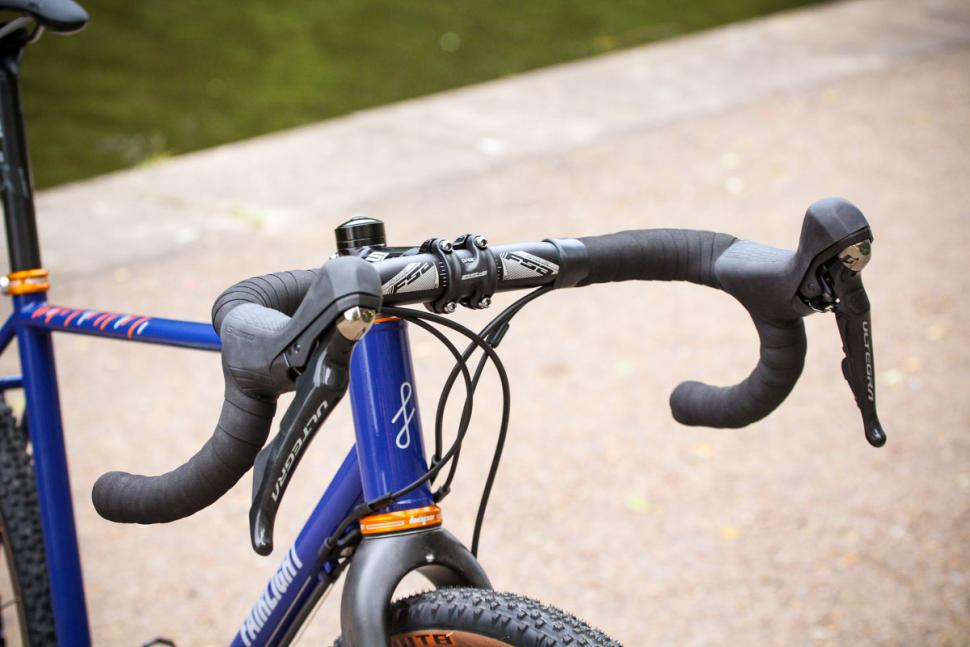 There are options though, lots of options. Sticking with 700c you could spec the Panaracer Passela 700x38mm tyres for an extra tenner. Alternatively, you could tailor it more for road use with a Hunt 4 Season and Continental Grand Prix 4 Season 32mm tyres for the same price. If 650b appeals, there’s a Hope Pro4 XC27.5” wheelset with WTB Byway 47mm tyres option.

In both wheel sizes, there’s a Hunt dynamo upgrade option for an extra £150, ideal if you do have some multi-day rides planned. If you want to flash some carbon wheels at your mates you can spec the Hunt Gravel Carbon wheels for an additional £500.

That’s a first look at the new Secan then, and you can view a short video in which I highlight five things I like about the new bike below. I’ll be sharing my first ride impressions after taking part in the inaugural Gritfest gravel/enduro event at the weekend.