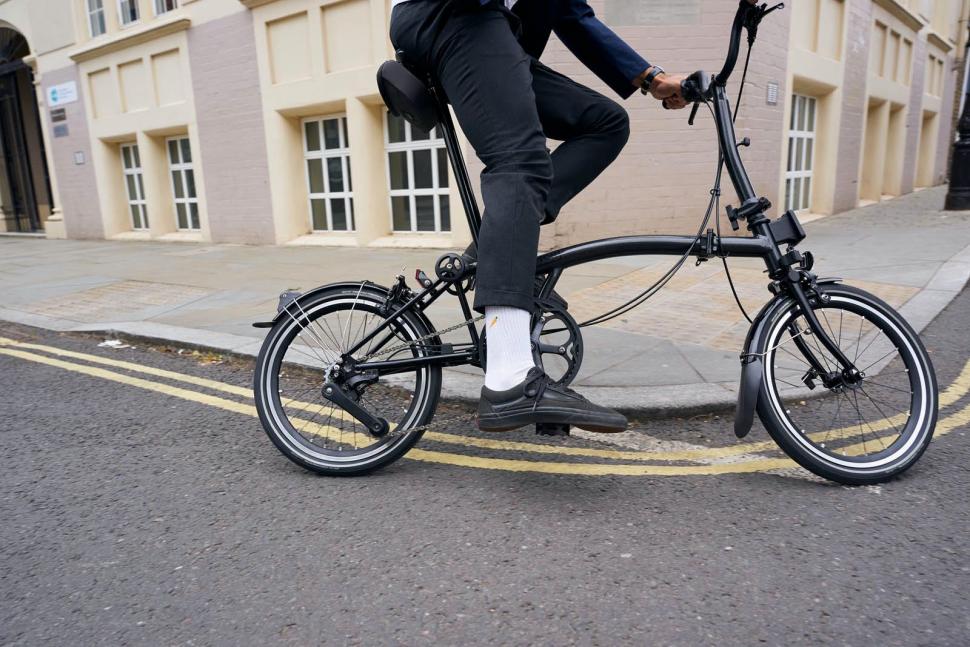 London brand say updated model is faster to ride, lighter to carry, and easier to move around the city
by Mat Brett

Brompton has given its Superlight folding bike a new titanium rear frame and a compact gearing system… oh, and it’s now called the P Line.

The Superlight was introduced in 2005 as the lightweight option in Brompton’s range – the clue’s in the name! As well as being a benefit out on the road, light weight can be especially valuable when a folding bike has to be carried.

Now Brompton has evolved the Superlight into the P Line. 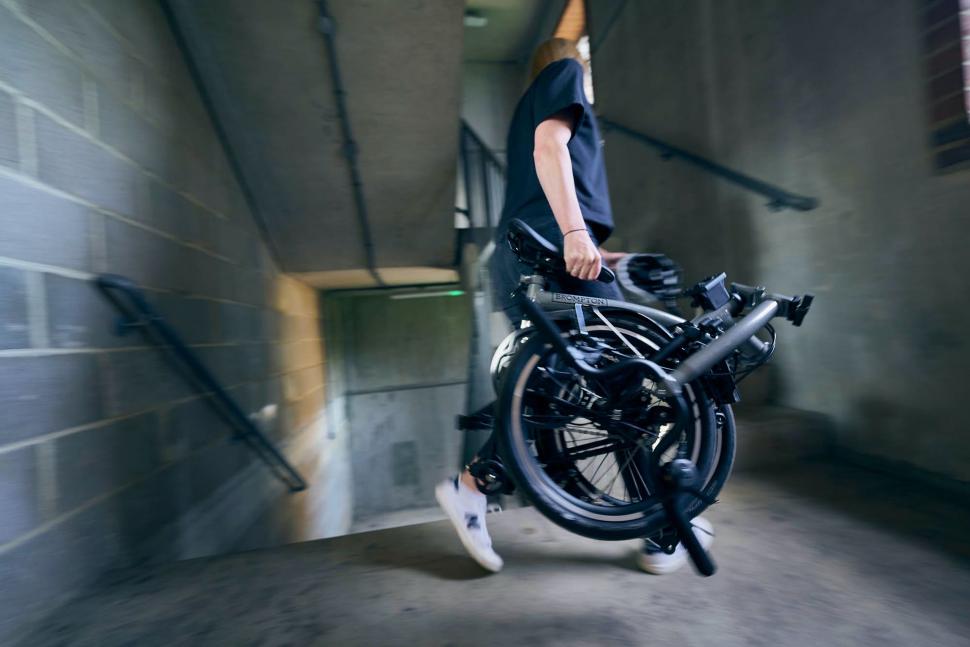 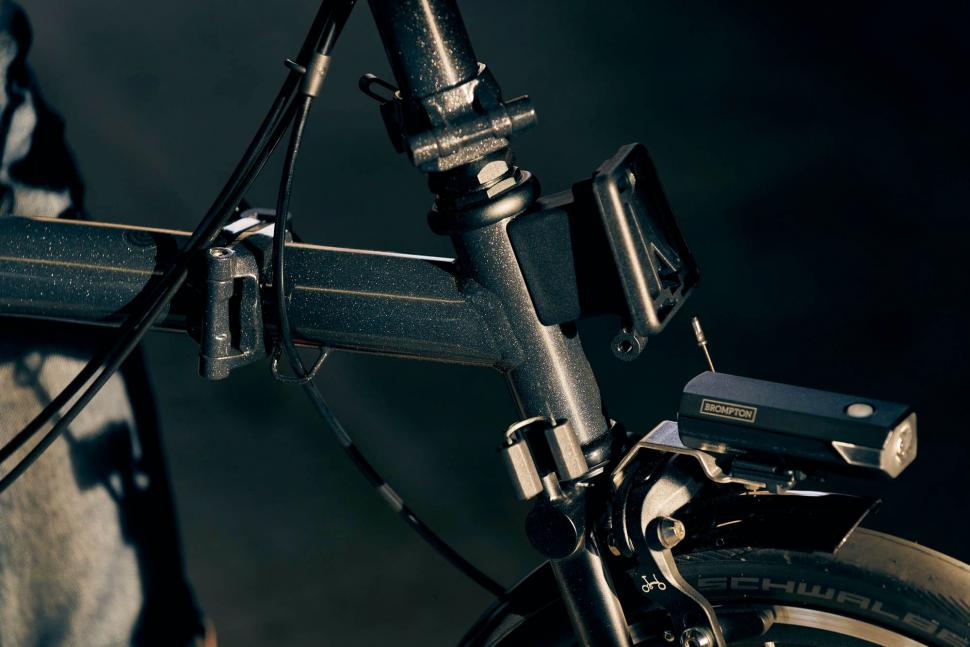 The titanium rear frame and forks are said to be 700g lighter than Brompton’s all-steel equivalent while being just as strong. 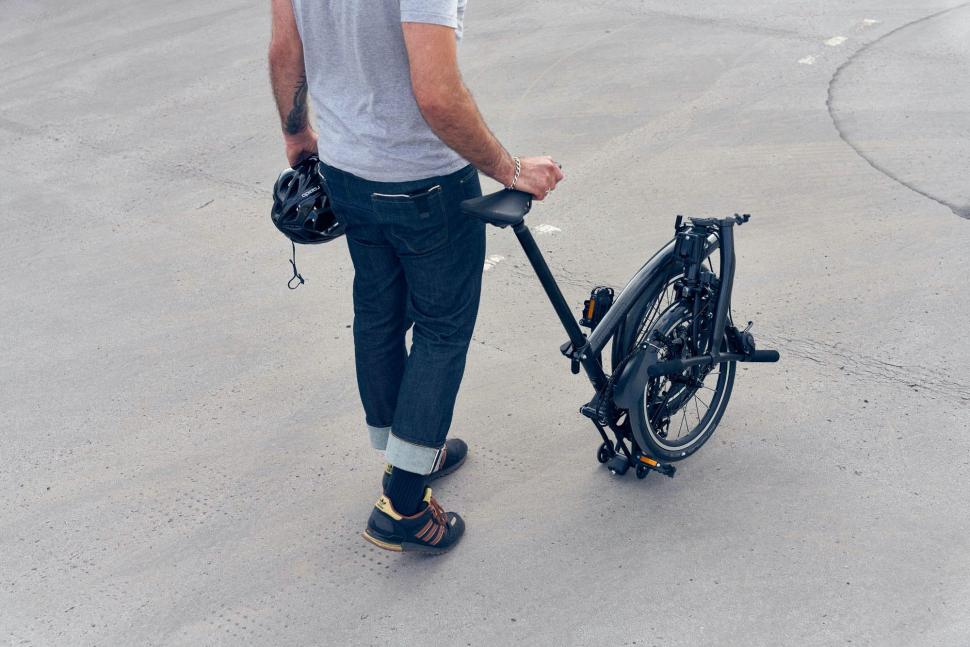 The new dual-locking seatpost system has two positions, fully down for storing or halfway up for rolling. The rolling wheels are larger (54mm) and lighter than previously. 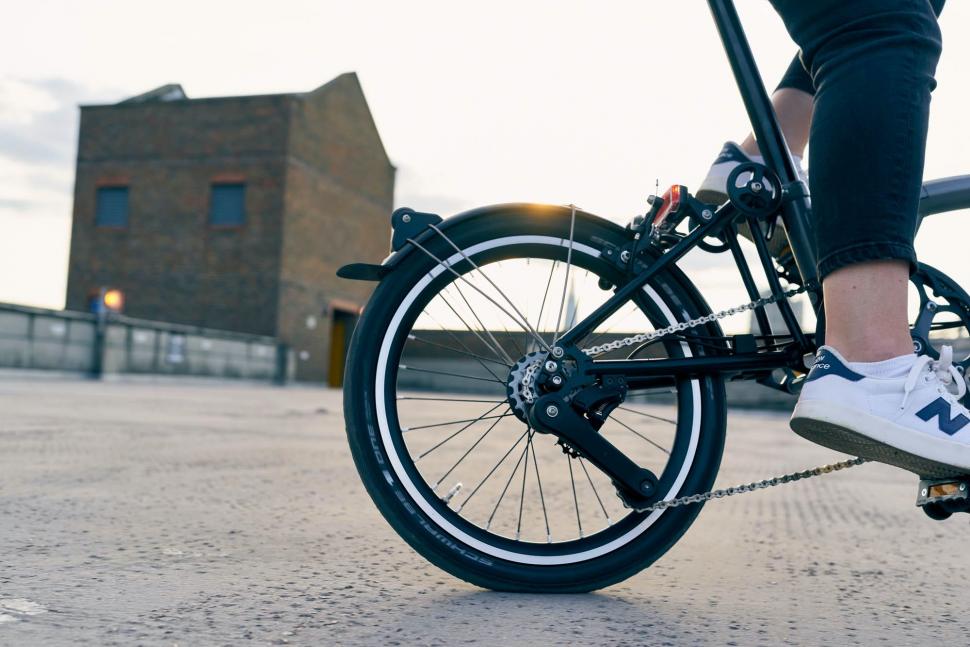 “The patent-pending gearset is fine-tuned for city riding,” says Brompton. “The 4-speed system includes a 60g derailleur, cleverly engineered to fit inside the compact fold and providing a similar ratio to the 3-speed hub gear and 60% more than the 2-speed.”

The wheelset is new too. Brompton says that it’s the brand’s lightest, sturdiest ever and that it features a new rear hub designed to accommodate the 4-speed gearset. 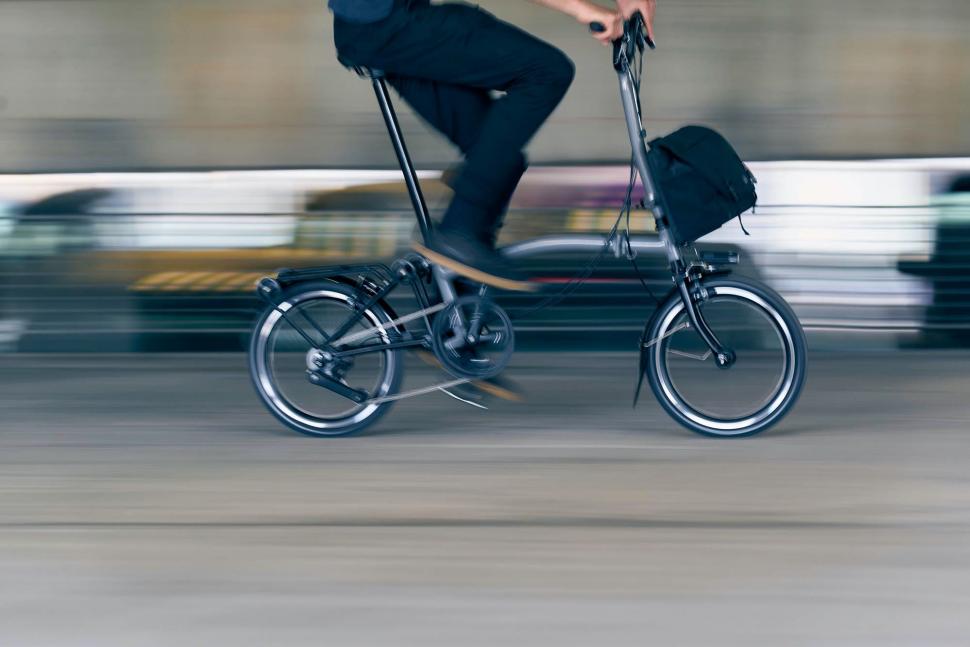 The new Brompton P Line launches today and is available in Storm Grey and Midnight Black finishes from Brompton.com and accredited retailers. It is priced at £2,100.