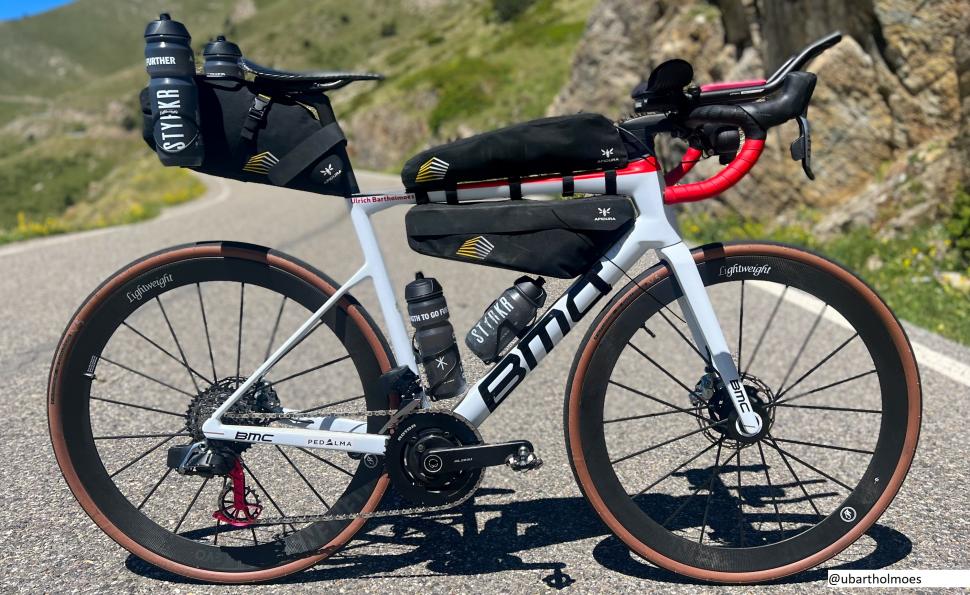 What’s the best bike for tackling the Transcontinental Race across Europe? Take a look at the leaders’ continent crushing machines

Comfort vs lightweight: here’s what the best ultra-endurance riders are using to ride from Belgium to Bulgaria as fast as possible
by Jamie Williams

#Update: After 9 days and 14 hours, Christoph Strasser has now finished the 2022 Transcontinental Race across Europe, averaging nearly 470km per day. Scroll down to see his bike and kit choices as well as current second place rider Ulrich Bartholmoes as he also approaches the Black Sea.

If you're unfamiliar, the Transcontinental is a self-supported bicycle race from one side of Europe to the other. Competitors must plan, research and navigate their own course and rest stops while only consuming what they can carry or buy. They can't have any help from an entourage and the clock doesn't stop until they reach the finish.

Four mandatory control points guide the route and each year the riders cover around 4,000km (2,500 miles) to reach the finish line. This raises the interesting question of which bike is best for such a mammoth ride. Well, here is what the current leaders are riding... 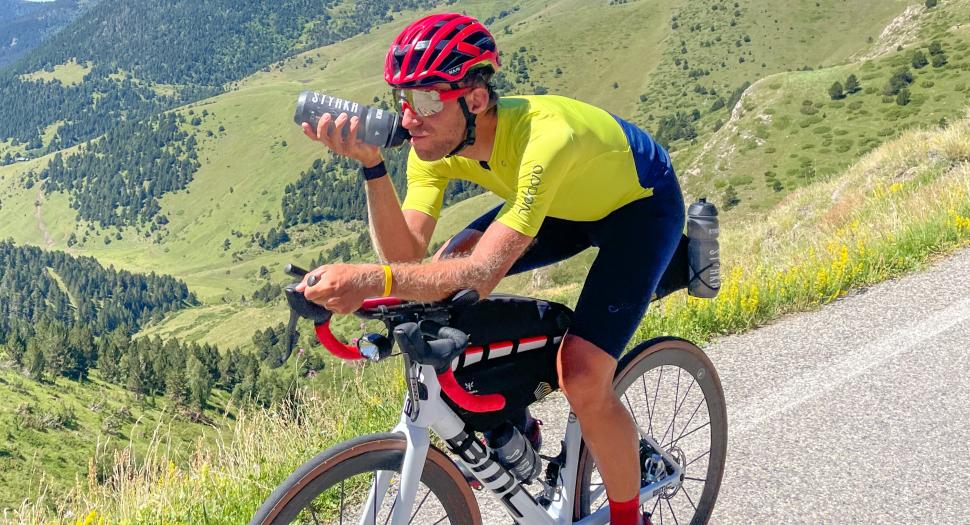 Bartholmoes came into the 2022 edition as a hot favourite to take the overall with many high-profile endurance events already to his name.

Second in the solo competition at the fourth and final control point, he eventually finished sixth.

His bike of choice is the BMC Teammachine SLR01 fitted with a Sram Etap AXS groupset. The crankset is a Rotor Inspider Aldhu Carbon with 48/35T chainrings paired to a 10/34 cassette. 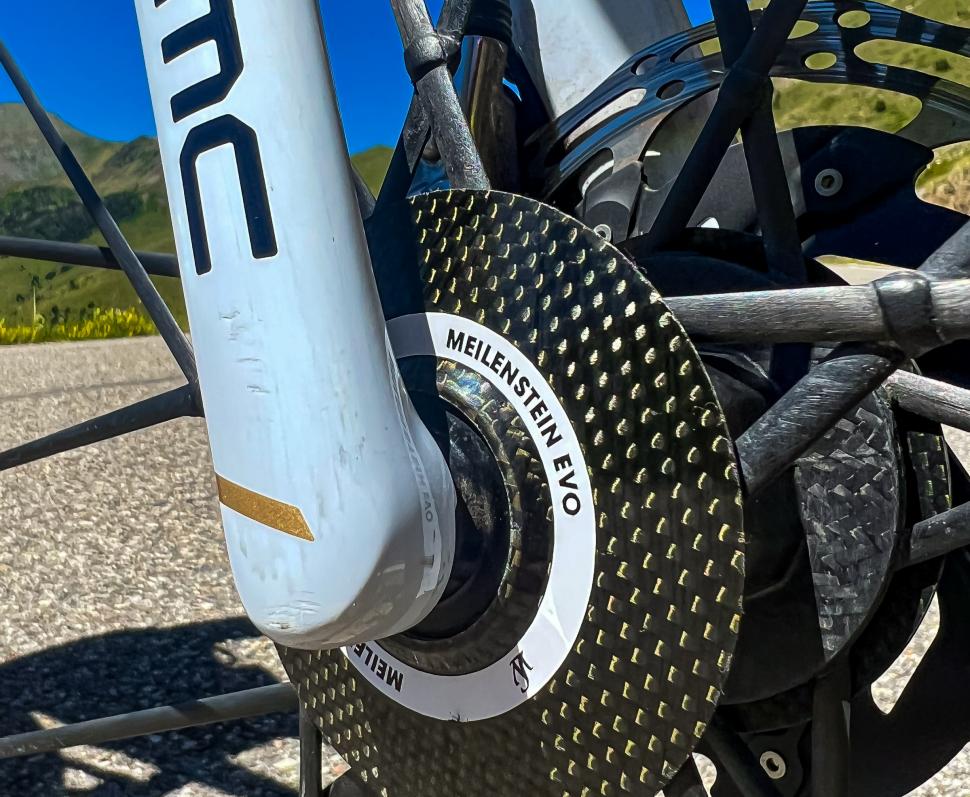 A rather interesting choice is the Lightweight Meilenstein Evo wheelset. These wheels have carbon spokes and are known more for their low weight and high stiffness than their durability. Nonetheless, Bartholmoes says that he's confident in their ability and they help make the bike weigh less than 7kg without packs. That'll certainly help on the mountainous route.

On the CP4 parcour which included long gravel sections, Bartholmoes took some "minor damage" to his wheels, no pictures yet on just what went wrong... 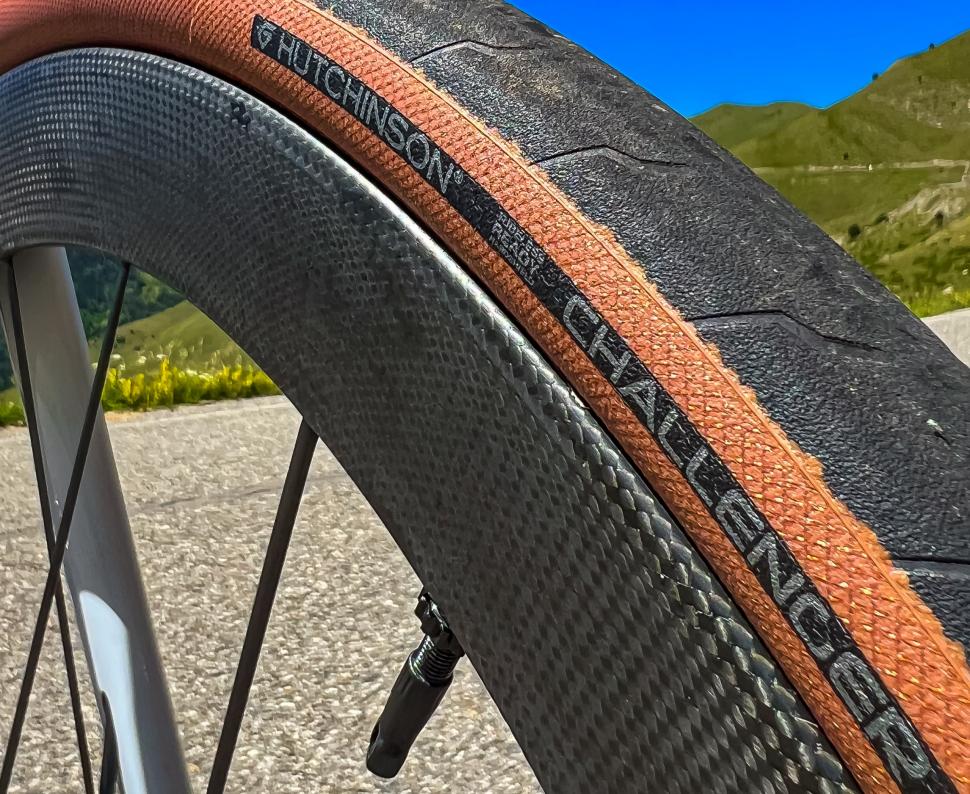 The wheels are clad in 32mm Hutchinson Challenger tyres which are set up tubeless. These are an unreleased tyre and currently only the tube-type clincher version is available to the general public. 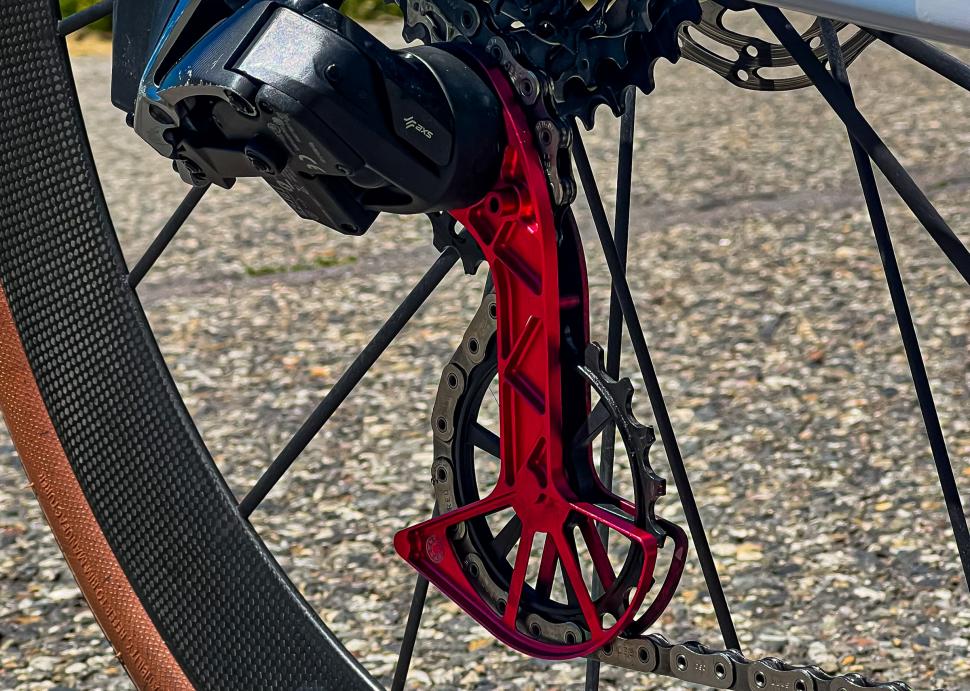 The German rider uses a Kogel Kolossos OSPW (oversized pulley wheel) system and Kogel also supplies ceramic bearings for the wheels too. There's always a mix of road and off-road pedals; Bartholmoes opts for the latter in the form of a set of Shimano XTRs. 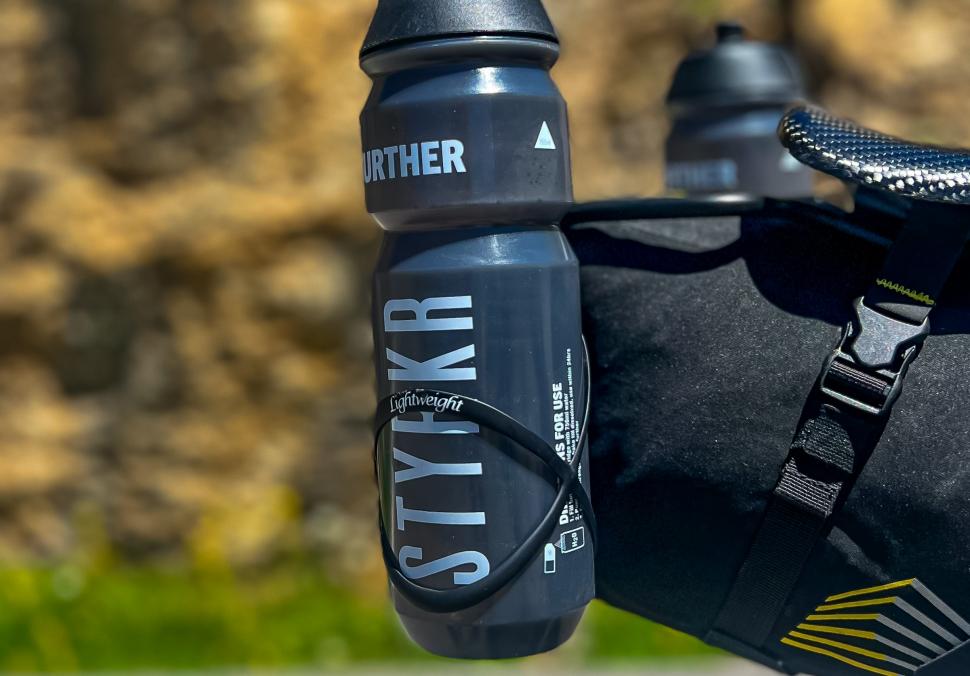 Apidura Racing Series bags are very popular at the Transcontinental. Bartholmoes uses a saddle pack, frame bag and top tube bag, the first of which has two bottle cages mounted to it which once again highlights the extreme weight saving that the rider has gone to. Not much padding on that saddle either!

The overall winner, who is also the 24-hour time trial world champion, uses Specialized equipment and his bike of choice was an S-Works Roubaix. This is the bike usually used for the cobbled classic road races and features the Future Shock system which offers 20mm of suspension at the front.

Strasser details his rather extensive kit list for the event...

The bike rolls on Roval Alpinist I wheels with 28mm clincher Specialized Roubaix tyres and the groupset is once again Sram Red eTap AXS, this time with a 46/33T chainset and 10/33T cassette. Apidura Racing Series provides the cargo hauling bags.

You can follow the athletes that are yet to finish on the Transcontinental website. On his way to victory, Strasser rode a total of 4,578km in 9 days and 14 hours 0 minutes. That's about 470km per day!

What bike would be your weapon of choice for a multi-day self-supported ride? One of these two? Let us know in the comments section below...