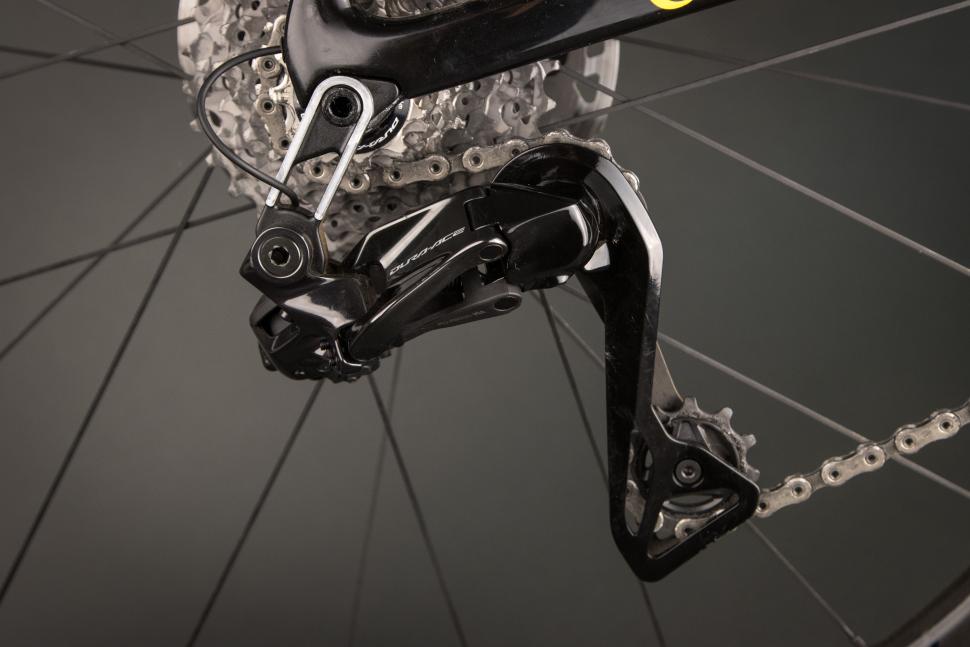 Bike supply chain woes could end this year and Brexit not solely to blame for Shimano shortages, claims Madison CEO

Is the end in sight for the bike industry's chronic supply chain problem in the UK? Dominic Langan speaks at DigiBike 2022 about Shimano supply during the pandemic, how things are looking going forwards and the problem with fakes
by Liam Cahill

The CEO of Shimano's UK cycle parts distributor Madison has offered some hope on the supply issues that have plagued the bike trade over the past few years. Dominic Langan was cautious not to point the finger at Brexit, suggesting rather that "the whole world was after the same parts." He also suggested that supply could return to normal later this year.

Over the past few years, there has been a feeling among some cycling retailers that the UK’s exit from the European Union has made getting hold of bikes, parts, accessories and clothing a fair bit more challenging in the UK. The issue was then compounded by the main factories shutting their doors in early 2020 due to the global pandemic; and if that wasn’t enough, container prices have gone through the roof, with the cost being passed on to the customer.

It's something that we at road.cc have ourselves felt, with the ability to get hold of bikes for review being complicated by the additional paperwork brought about by Brexit.

> Brexit and the bike industry: how the situation is evolving

But speaking at DigiBike, Dominic Langan, Madison's CEO, suggested that Brexit isn’t solely to blame for the supply issues which continue to cause delays.

"The supply, just the demand for supplies just went through the roof, and why so we started with quite high stock levels. And we actually did pretty well for the first part of 2020.

"As time drew on, those supplies became depleted. And it just depends on each market where you know what items people are after. But certainly, you know, we held our own very well throughout 2020.”

While 2020 was a good year for Madison, Langan points out that “after that, it became more challenging because the whole world was after the same parts... And that's where the challenges really came about.”

If you’re wondering when stock levels are going to get back to normal, Langan is wondering the same.

“I think that’s the question everyone’s asking,” he said.

“Our stock of Shimano is increasing every day now and we are seeing some good positive trends on that score.

"There are certain lines where we know we’re going to be challenged for stock all throughout this year, that’s the reality of it, and we’re going to retain the rationing that we’ve done on B2B in order to try and ensure that every customer has a fair amount of opportunity to get that stock, so they haven’t got customers left high and dry in the store.

“But I think, overall, we should be seeing a much better position throughout this season. And certainly, towards the end of this year, I would expect us to be pretty much back to where we’ve been in the past and where we’d like to be.”

As demand for Shimano parts soared, so did the market for fakes. Langan says that this “is a big concern and Shimano definitely take this incredibly seriously.”

He says that retailers and mechanics need to be “incredibly careful about that because potentially the liabilities you would face if anything goes wrong, because they're not the same quality. They may look the same, but they are not the same. Shimano is doing lots in this regard.”

Will this be the end of the parts shortage? We certainly hope so.