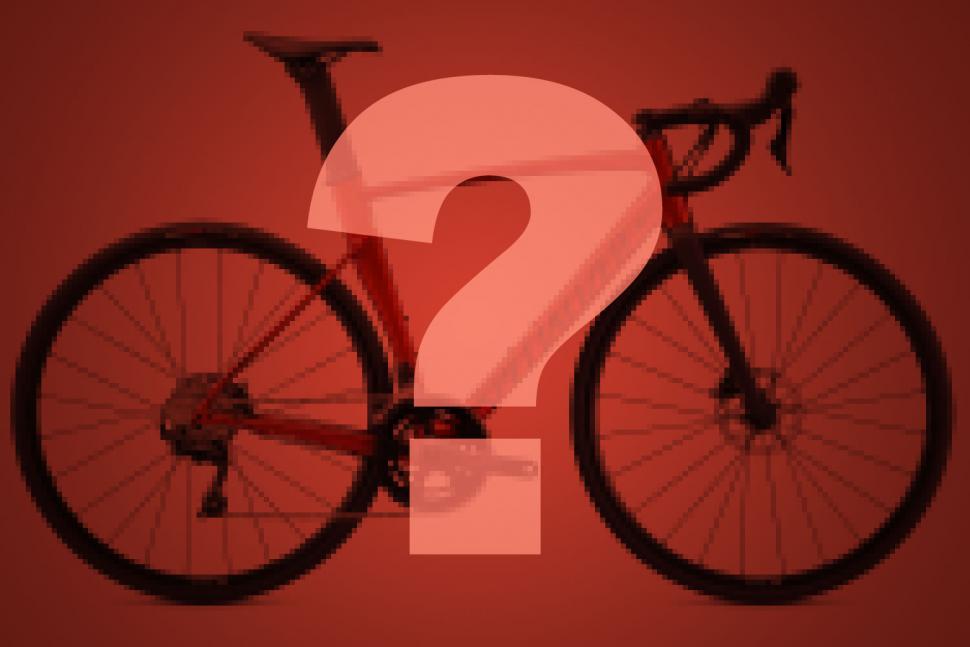 Is a new Specialized Allez Sprint on the way? March 2022

Is a new Specialized Allez Sprint on the way in 2022? Leaked images suggest so

Specialized looks set to finally announce a new Allez Sprint bike in 2022 after spec details appeared on the Singapore section of its website. The bike looks likely to be updated with fully internal cable routing, a threaded bottom bracket and parts borrowed from the Tarmac SL7.

It’s been a good day for new bike speculation. Trek has tried to sneak a new line of its Domane endurance bikes onto the UCI’s approved frames list without us noticing and now it is Specialized’s turn. 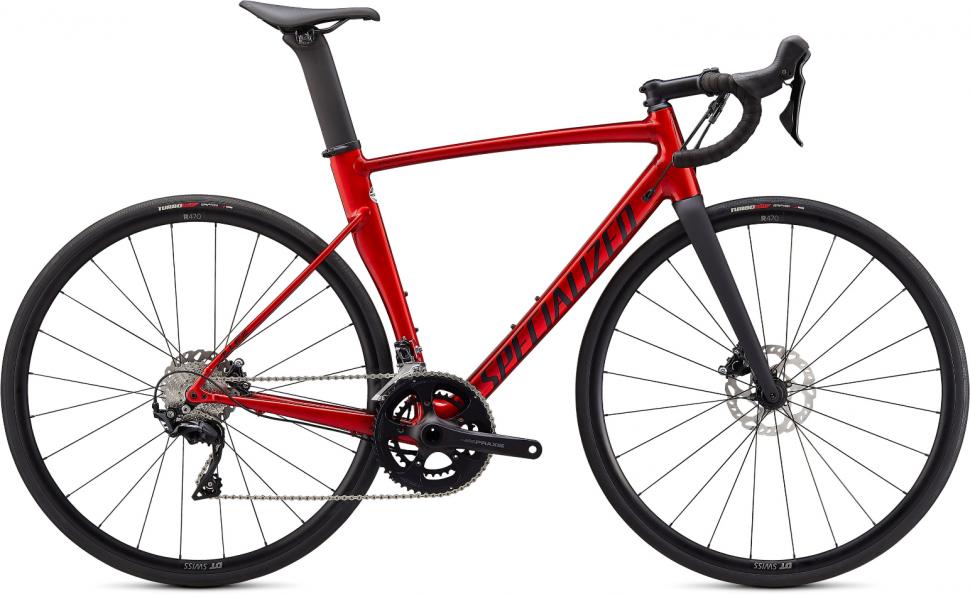 The American brand has mistakenly uploaded spec details of a new Allez Sprint onto its Singapore website, giving a full breakdown of the new bike, along with a price and colour options. The only thing we’re missing now is a picture.

At least we know what ‘Gloss Oasis’ looks like. It featured on the 2021 Rockhopper Comp and we’d imagine that the ‘Cool Grey’ will be applied to the logos and headtube badge.

The leaked info applies to the Comp model and currently, it is unclear whether Specialized will be offering the Allez Sprint in just this model. The regular Allez bike is available in three spec levels, but the current Allez Sprint Comp appears on the UK site as the only option. 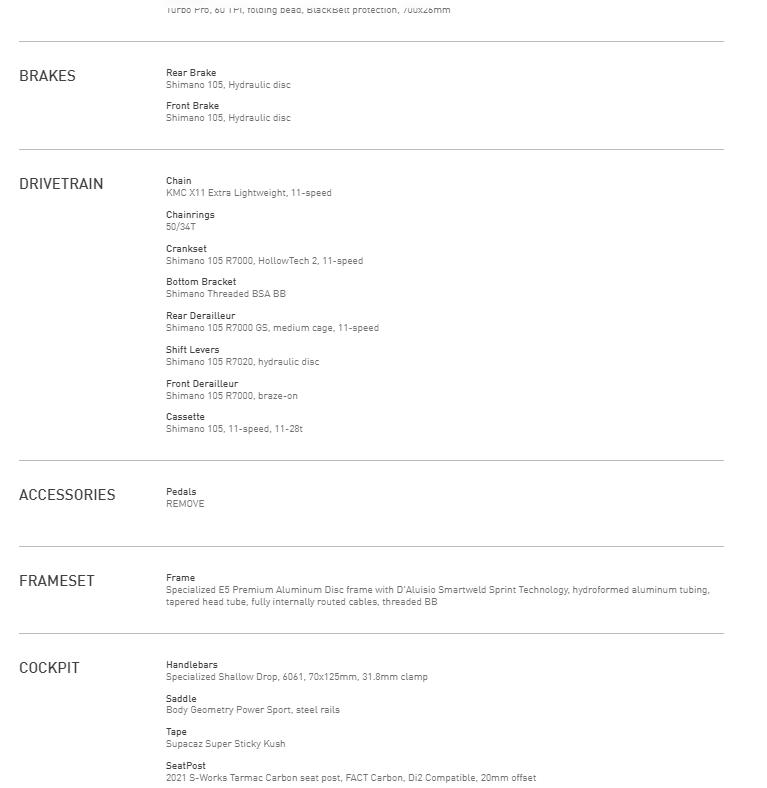 What we know is that the new Allez Sprint Comp will come with a Shimano 105 R7020 disc-brake groupset, with mechanical shifting and hydraulic brakes. The Shimano 105 R7000 chainset will again spin inside a threaded BSA bottom bracket which will please everyone that didn’t like the original press fit system.

The wheels remain the same with DT Swiss providing the R470 tubeless-ready rims. These are laced to DT Swiss Hubs using DT Swiss Champion spokes and we love that Specialized has opted for brass nipples as they generally stand up to tough conditions better than aluminium nipples.

Tyres are Specialized’s own 26mm 60tpi Turbo Pro. While the wheels might be tubeless-ready, these tyres aren’t, so if you were looking to ditch the inner tubes, there would be an upgrade needed here.

While the Allez Sprint of old had its own carbon seatpost, the new Sprint is set to be supplied with the post that was developed for the Tarmac SL7. This likely means that the tube shaping of the seat tube will be similar to that of the Tarmac. 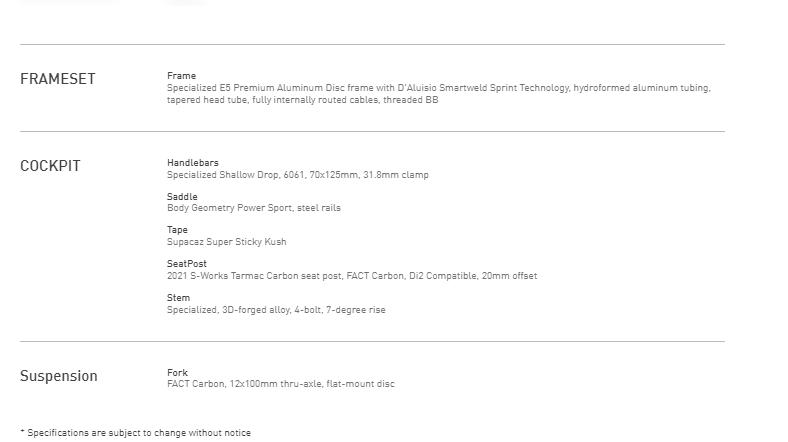 A key addition to the new Allez Sprint’s spec list is the words ‘fully integrated cable routing’. This was missing from the old bike and suggests that Specialized will be tucking the cables away inside the head tube. The stem, however, is not the model that was developed for the Tarmac SL7 which features a neat clasp to secure the brake hoses and any cabling to the underside of the stem. Specialized might opt for a different system, though as they have the headset parts, we can’t see them changing the entry point. At the front end, the Allez Sprint again gets a carbon fork.

At current conversion rates, S$3,700 would be around £2,040, though we’d be surprised to see the new Allez Sprint costing less than the outgoing model which retails for £2,200.

When will we actually see it? We’re not sure. We've asked Specialized, but we're expecting them to remain tight-lipped.