Thoughts on the cobbled classics... 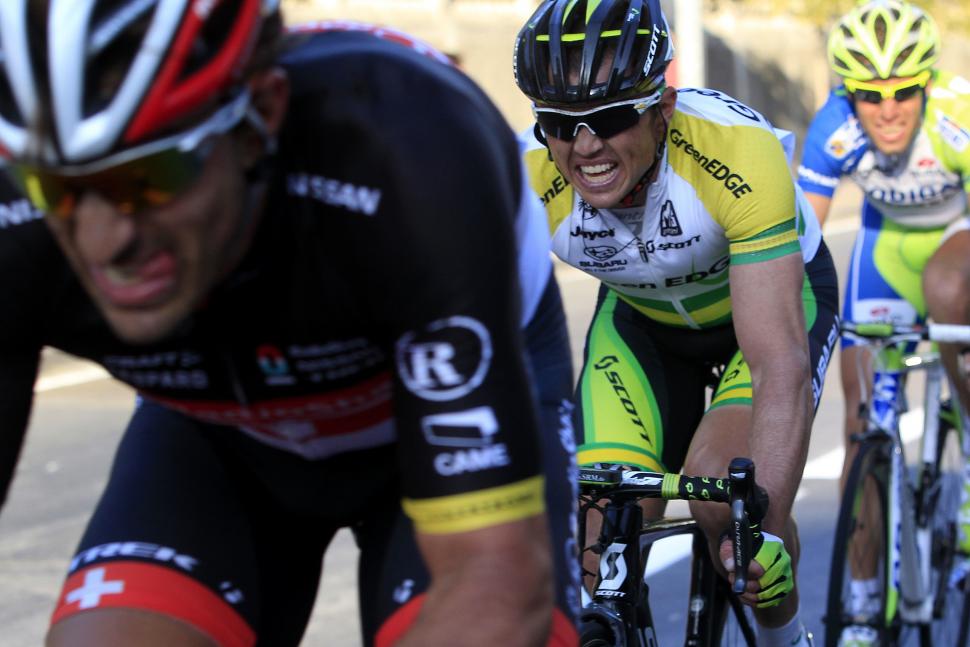 Cancellara does the work, Milan-San Remo 2012 (© Daniele Badolato, LaPresse via RCS Sport)
They have been and gone already but how do the 2014 editions of the Ronde and Paris -Roubaix stack up?

I am probably too obsessed with cobble stones. It’s not healthy to love lumps of rock in the way that I do.

April is probably my favourite month of the cycling year. Not only are there shoots on the trees around the fens signalling the end of the winter, but the pros are off to the north of France and into Belgium for the two biggest Sundays on the calendar.

It would be fair to say that both the Tour of Flanders and Paris Roubaix have both seen better editions than the 2014 vintage. But there was still plenty of excitement in the big two to keep us warm in the week before the Ardennes series starts.

In Fabian Cancellara and friend of Yaxley Riders Nikki Terpstra (its true! He rides with our Dutch contingent) we saw winners worthy of both races. The one thing missing for me was the weather.

The best Paris Roubaix I ever saw was 1994. Andrei Tchmil of Lotto won in a blizzard where the competition literally slipped in the slush as well as zipping over the cobbles. As with last weekend the TV coverage started as they approached Arenberg forest with foreboding clouds over the riders shoulders.

They thought they could outrun the weather. Foolish folks! They couldn’t and it make for an amazing last hour of racing. As opposed to the dust covered warriors we saw recovering on the velodrome infield last weekend, we saw mud and sludge caked heroes.

Flanders has seen some amazing wins. I grew up with Edwig Van Hooydonck winning. The distinctive Buckler kit. It seemed fitting to see a man advertising a foamy beer (albeit alcohol free I seem to remember) romping clear to win alone.

The circuit finish of recent years has taken something away from the race I think. The campaign for the Muur to come back gathers pace in my eyes.

Aside from the Ronde and Queen of the Classics, there are a whole host of semi classics and even Flandrian stage races that act as form guides and indicators for the main events.

I always enjoy the time trial from the 3 Days of De Panne (which isn’t over 3 days!) where the riders having been smashed over cobbles and climbs get to the final stage before being blown off the sea front of a non descript North sea facing esplanade before they are allowed to go home to a darkened room.

This part of the world is special, make no mistake about that. Wind, cold and cobbles make for the best type of racing in my world. I am already looking forward to them appearing in Le Tour in July and in the Classics next year.