Lord Of The Thighs 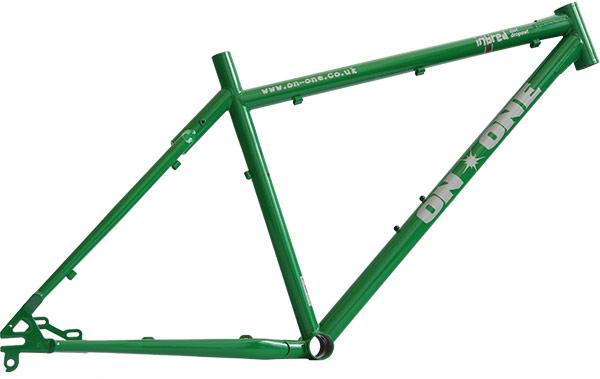 Chafing to my inner right thigh has done little to improve my disgruntled mood, although I’m pleased to confirm the culprit was a missing shoe insert (my right femur is longer resulting in a slight imbalance which predisposes me to lean to the left) and not a classic Ti railed Rolls perch. Talking of saddles, it seems the engineering firm who were to reduce the Thomson post from 27.2 to 27.0 have since had a crisis of confidence. It’s their entitlement to accept or decline work as they see fit but I don’t appreciate wasted time so won’t be recommending them, or passing any future business their way.

Sore of thigh and sore (but controlled) of temperament there’s been very many moonlit “confessional” miles aboard the Univega and last Wednesday’s saunter followed in this tradition. Streets largely deserted save for the automatic traffic signals left by contractors busily shovelling tarmac into our pothole ravaged highways prompted soft rendition of “Ghost Town”.

As the lights changed, so did my musical tempo, taking a sharp right, tubby tourer and I made good our escape around the winding back roads. Turning a steady cadence of around 85rpm there’s little in the still night air to distract from the inner clatter of my thoughts as I contemplate yet another escape attempt and the deeply enticing concept of transporting oneself back and forth in time to other dimensions. 1967 sounds fun, as does the former Soviet era-albeit for very different reasons. Knowing my timing, it’d happen just as I was thundering back from the supermarket towing a bulging Yak load of Cola contraband!

Saying nothing, unless having something positive, or at least civil to contribute, I’m easily misconstrued as being aloof or arrogant but those who know me well, leave me to my own devices and ask little during such reflective periods. Quick witted and dependable, the Univega is my confident, carrying my burden in the literal and spiritual sense, locking the secrets of my confessionals within its Waxoyled tubeset. Given the physical loads lugged by said beast, the in house double-butted “Racelite” Cro-moly has to be an amusing misnomer but generous lateral stiffness has caught many a traditional roadie by surprise on the climbs.

Eighty-five rpm translates into approximately 18mph with 1.75 tyres but leaves plenty of lung capacity for some more sing-a-long a Specials-usually “Too much too young” in dispersed with “What I like most about you (Is your girlfriend)”. Midway through the ride (and demonstrating long, steady miles have a very positive effect upon mental and physical well being that, in my opinion cannot be accurately replicated in an enclosed space) we’re singing a very different set of lyrics “Naked from your bath, you go naked to your bed and I can’t get a new bike build out of my head”.

Uncharacteristically, “The Green Goblin” is to be a flat-bar build based around a sliding dropout On-One inbred (the version designed for 26inch wheels) paired to a Cro-moly DMR trials fork complete with uncut steerer presently hibernating in the garage. Woodman sealed needle roller bearing Aheadset, external cup bottom bracket and single 175mm crank takes care of bearings, mid range cable operated discs, the stopping while a flip/flop wheelset topped off with 1.5 inch street rubber will cushion us from Percy pothole whose fertility seems only comparable with my seven year old’s imagination at present. Full-length guards and galvanised chain are a must but we’ll forgo a rack in the interest of clean lines, coupling a trailer for those contraband runs... I can almost smell the excess Waxoyl belching from the frame tubes!

Performing replacement drop out surgery to the Univega is an option but unlikely to curry favour with most frame builders simply on the grounds of economics. Mass produced frames fashioned from relatively nice tubing represent real bargains at the point of purchase but in the longer term, very light alteration/repair e.g. realignment of the rear triangle, adding a set of bottle bosses and/or re-sprays are pretty much the limit. However, I’d be delighted to hear from a builder happy to prove me wrong and slot a set of Surly ends aboard said beast.

Paul Vincent, long time friend and fellow scribe who so generously gifted me his Holdsworth frameset has turned his talents to the torch. Judging by these photos, his early efforts are both unusual and enticing. Both are fillet-brazed fixers but the similarities end there. The first is a no-compromise TT rocket with subtle BMX influences built from plain gauge Columbus Cromo whereas the second is a twin tube design characterised by ¾” T45 seat and down tubes and the rest dependable one inch Dedaciai.

Tempted? Drop me an email (Roadpathtoenlightenment [at] gmail.com) and I’ll pass your details over to Paul. Right you’ll have to excuse me, time for some cola…might make me less bitter.

1
Hit-and-run motorist released after cyclist’s severed foot found on car
2
Five cool things coming soon from Specialized, Garmin, MAAP X Apidura, Universal Colours and Redshift
3
Naked tandem cyclists “deliberately” struck by motorist
4
Near Miss of the Day 794: Driver passes cyclists signalling right — police suggest riders should have turned quicker
5
Would you like to see the crazy Cadex tri bike in the Tour de France? Plus new stuff from Elite, CeramicSpeed, Santini, Bollé, MAAP & more
6
Tour de France Gilet-gate: Geraint Thomas explains how he forgot to ditch body warmer for Copenhagen TT
7
"They said give us the bike or we stab you": Another cyclist targeted by motorbike-riding muggers on popular route out of London
8
Near Miss of the Day 793: No action for driver overtaking into oncoming traffic (+ interesting Operation SNAP feedback)