What Next TransAtlanticWay
Stuck in a Transient lifestyle

Ever since I got back from not finishing the 2017 edition of the Transcontinental the first question people asked me was “Would you do it again?” The next question was usually “Would you like some cake?” I’ve answered to both in the positive.

Unlike many of those that attempt long distance events like the Transcontinental who have to take a bit of time away from two wheels whether they complete the race or not I still wanted to ride my bike. Because pairs team-mate Gavin and I stopped where we did about halfway through somewhere in Slovakia and then skulked home via the High Tatras and a Polish airport we didn’t have to confront the mental and physical hell of eastern European roads that others had to endure and didn’t succumb to the slow mind and body depletion of another couple of thousand of kilometres that can create an irrevocable breakdown in a relationship between a rider and their bike. Despite being bone thick tired and with lingering tingly fingers I could still clip into a bike, and I made sure I rode it for fun, after the stress of the race and all the hard work that went before it was essential to do so to regain some kind of emotional equilibrium. And I simply plain just like riding bikes. 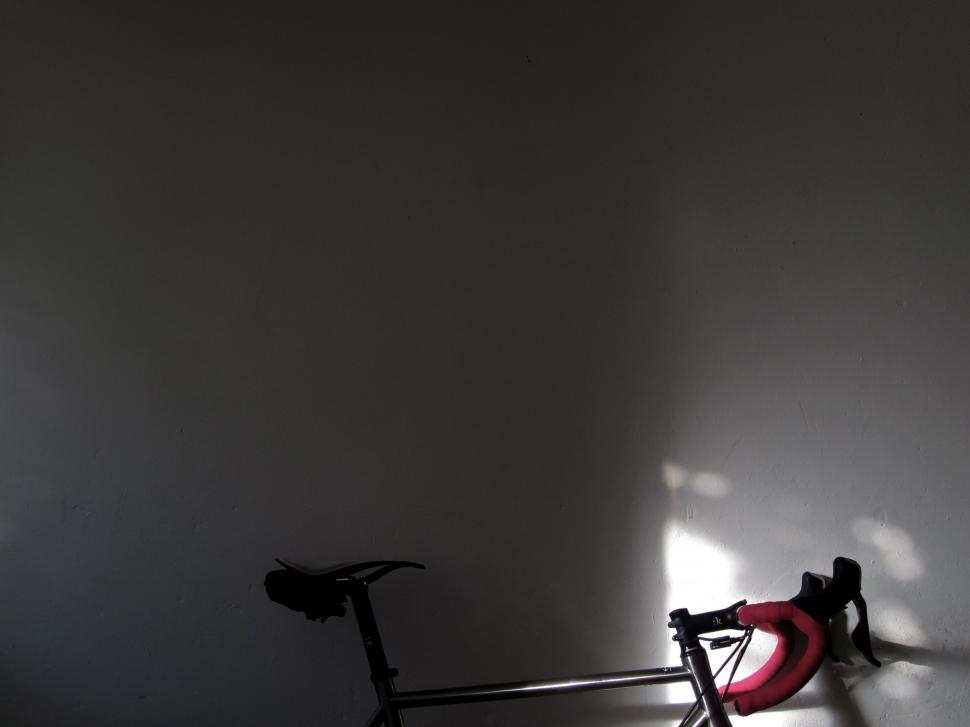 Although since then, lingering like an elephant in the corner of the room, circling lazily like a shark, a shark-like elephant, has been the itch of unfinished business, an itchy elephant-shark hybrid. It’s been hard to ignore as you might imagine. A third question people would ask was if I was disappointed that we hadn’t completed the Transcontinental and of course I was, but I’m over that now, that was an issue that didn’t take long to come to peace with, and I’m already onto the what next. Because there isn’t any definite news yet on the running of the 2018 Transcontinental race, this year’s hung in the balance for a while after the tragic death of organiser Mike Hall, and although there are unsubstantiated rumours that it will happen again the race has done its best to bankrupt me with a financial legacy lasting far longer than any muscle pain. So I’m opting for something closer to home that hopefully works out cheaper to ride in the TransAtlanticWay. I have all the bike-packing kit now and it would be a shame not to use it.

Like the Transcontinental the TransAtlanticWay is an unsupported race but a fraction of the distance at a mere 2,500km long. What it might lack in length it more than makes up for in undulations, wind and weather making it possibly a tougher proposition than zig-zagging across a continent according to those that have competed in both. Ah. The race sets out from Dublin and riders have to find their own route to Checkpoint 1 in Derry where the race picks up the designated Wild Atlantic Way and follows it anti-clockwise around the edge of Ireland to Checkpoint 2 at Kinsale after which racers plot their separate way to the TAW finish in Cork. The roads are small, quiet, meandering and lumpy and following the indented coast of the west of Ireland riders have to become acquainted with whatever weather has traveled all the way across the Atlantic to say hello. It’s mostly headwind and rain. 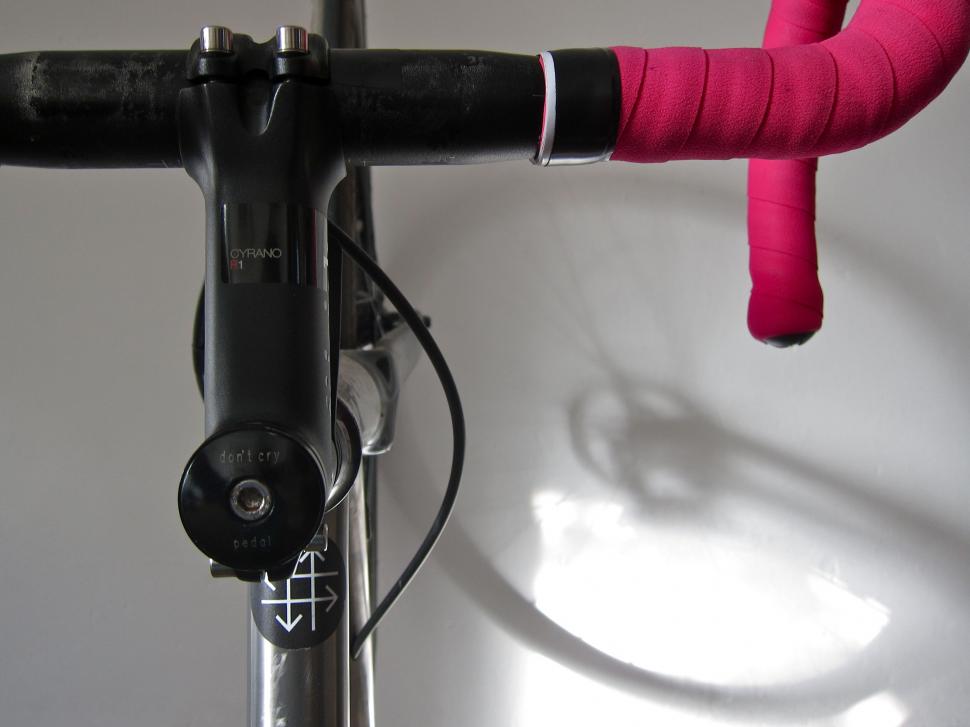 Now in its third year the race has leapt in popularity as the lure of ultra-distance cycling snares more people, and entries have almost reached their capped number of 200 for the 2018 edition after the inaugural 28 riders and last years 82 competitors, only about half of which finished. Just like the Transcontinental the attrition rate is high.

Although a Pairs category is available I will be riding this solo. TCR pairs team-mate Gavin and I are still talking and good friends but for now our roads seem to be diverging. Gavin still wants to travel long distances but has dispensed with racing them for the while and has nailed his colours to the seatpost by already booking a gentle touring week in the Dolomites next spring with plenty of stops for pizza and ice-cream. This seems a fine idea, but I have to Sudocrem that itchy elephant and put a lead on that circling shark. Already plans are being penciled in for longer rides over the intervening months; there are the dragons of an unfinished 600 km audax to Wales and back that need slaying, and excuses of visits to friends around the country that don’t know I’m coming yet. But first there’s the grind of winter to get through, this year it’s being helped by stepping up to the line in as many cyclo-cross races as I can muster for a bit of motivation, pain, fun when it’s over and a way of avoiding the stale and disheartened lethargy of pounding out the numbing grey miles that I did last year, effective that they were, and doubtless there will be plenty more. Possibly helping with my preparation is that I live in close proximity and am friends with two previous TransAtlanticWay competitors; Vic and George both have attempted the race previously with varying degrees of success, and I foresee the lead-up to the start next June being a satisfying mix of encouragement and amicable rivalry, or cheerfully ripping each others legs off on the way to the pub as seems to happen, because that’s what friends do. 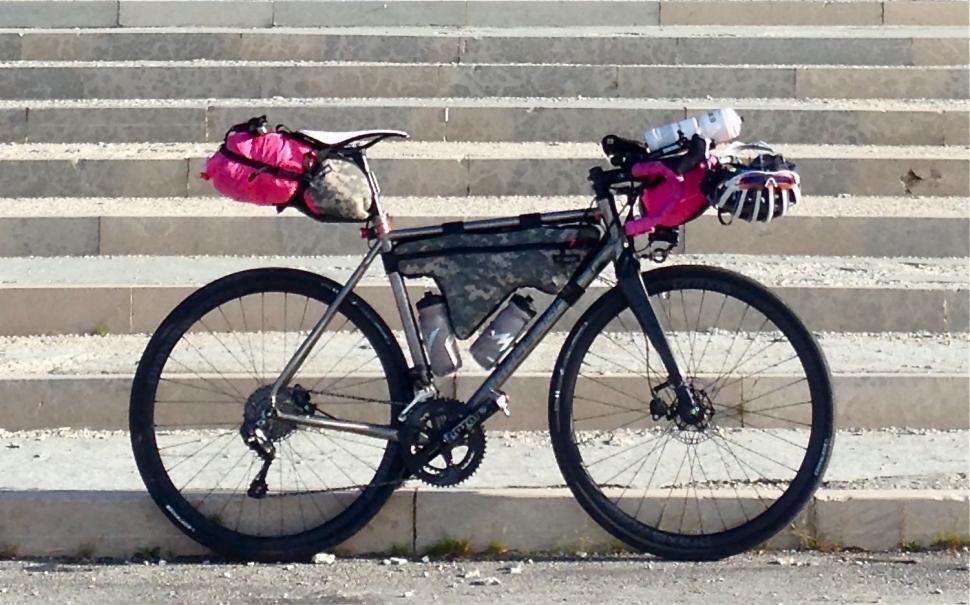 I’ll continue to roll on what has become some sort of second home. Upgrade bikes are continuing to believe I can do this sort of thing by supporting me for the TAW and letting me hold onto the Kinesis GF_Ti based bike with Ultegra Di2 and Praxis Works RC21-Carbon wheels custom built with an Exposure Revo dynamo hub as before. The trusty and worn Fabric ALM saddle stays as a firm yet comfortable friend with that patina of miles that only some saddles can achieve, and Wildcat gear will carry all my gubbins again. I think all I need to add to what I have is a sleeping mat (I was okay without one for the first half of every brief night’s kip during the Transcontinental) and the best Goretex jacket money can buy. I’m genuinely looking forward to this. I’m aware that I’m still very much a neophyte to the ultra-distance game and while we didn’t complete the Transcontinental I learnt a useful lot about both the mechanics of racing these events and more crucially, myself. I feel more confident, steely determined even, but with a healthy undercurrent of trepidation. Needing the comfort of a partner for the Transcontinental I now feel brave enough to head out on my own, happy even. Necessary. Shark. This is a massive once-impossible thing for me. After the Transcontinental there’s been a hollow silence in my life; not having to think about when I’m going to have to ride a bike next, not having to save up for a bike part, not having to have a little planning discussion, not thinking about food, not being a little bit scared every day. I miss the all-encompassingness of it. If there ever was a hole in my life that trying to ride across a continent tried to fill, then not riding long distances might have become that very hole.