I wish cyclo-cross was a bit shit again.

It’s become too slick, too polished, too efficient, it all just works now. I preferred it when it was all just a little rubbish. 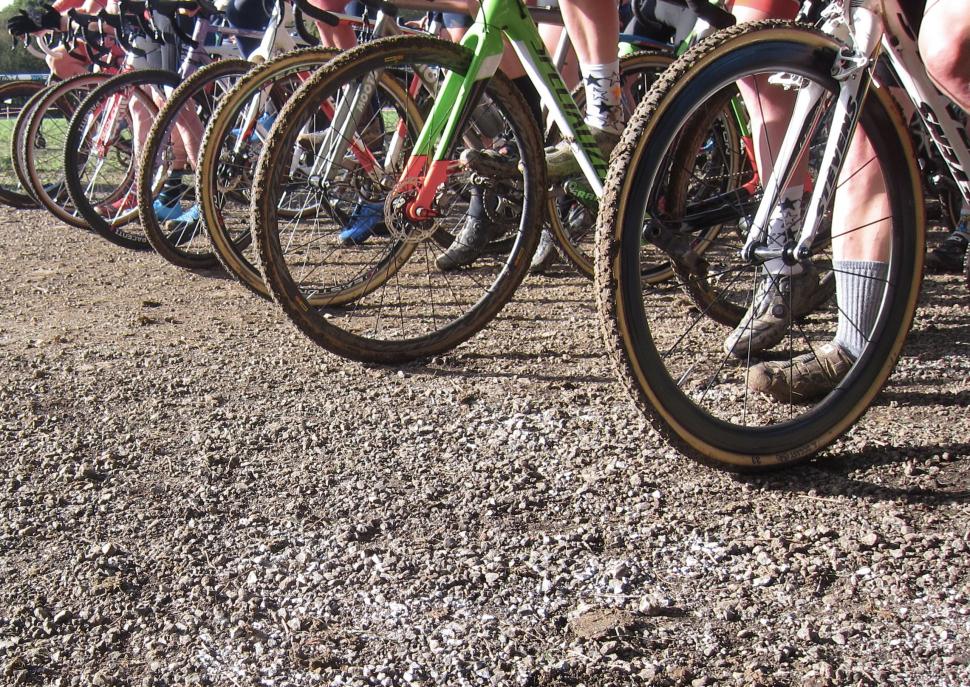 Whilst I absolutely love everything that cyclo-cross has blossomed into; bikes that are strong, efficient, purpose built with disc brakes, Di2, 1x11, carbon wheels, proper tyres and all that, and the massive popularity of the sport with the packed fields, the frantic busy kids races and all the everything else that you can bring to the sloppy party, love every... single… bit… of… it, it’s made racing cyclo-cross almost…… boring. Clinically so.

It was more fun when nothing really worked, the bikes were thin and noodly, the brakes were merely a shiny adornment and the gears sort of changed sometimes, all 6 of them. A race consisted mainly of grasping desperately at the nebulous concept of control, and mostly managing to miss it. The main reason you might need a spare bike in the pits is that your first one wouldn’t make it round a lap in one piece rather than anything as trifling as a puncture.

What made it enjoyable - if that’s ever a word you can apply to cyclo-cross racing - and what was mostly the point was that the bike was beautifully inappropriate most of the time and clearly not fit for purpose. That it was a frankly absurd pursuit was a significant part of the perverse appeal. 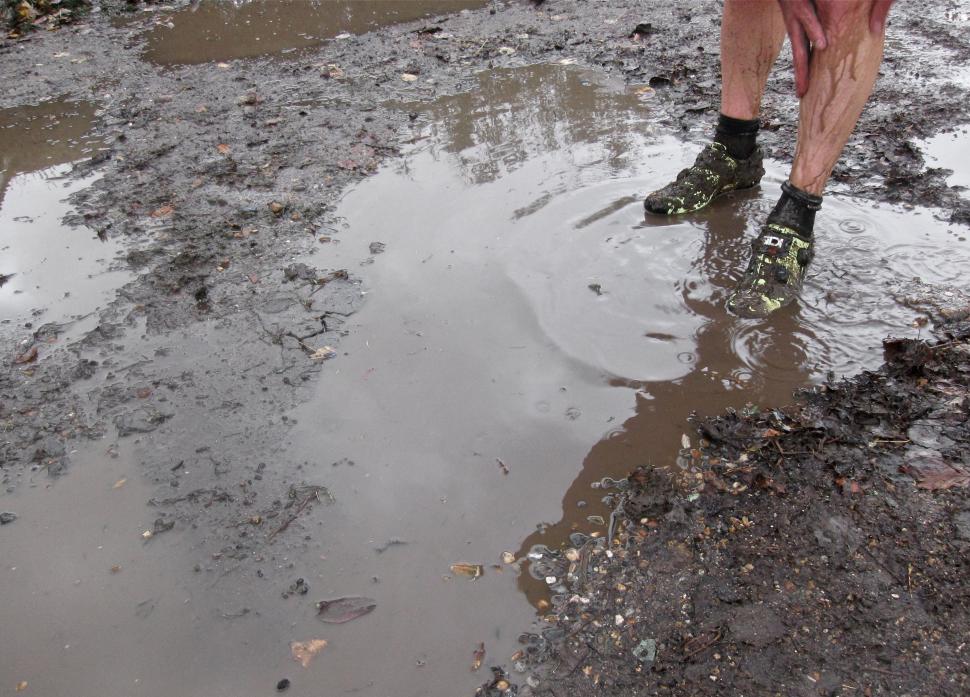 Not that I begrudge anything that ‘cross has become. At all. It’s absolutely bloody amazing now; a blustery damp football field full of people and a start line with a hundred and more riders gridded up, brilliant, more of this please. Computer read number-boards with next day results and infographics of how the race panned out, fantastic. Compare this to when I started racing cyclo-cross almost by accident when it was a pre-internet shadowy world where if you weren’t in the loop you had to snoop around the musty embrocation tinged corners of the cycling world and track down the right person to find out where the next race was on and turn up uncertain to a drizzled monochrome park and pay ten pounds in cash, pick up a rusty safety-pinned slurry smeared number and race against half a dozen other people whilst an old man and his dog cheered on somewhere up the climb. Dig in lad. 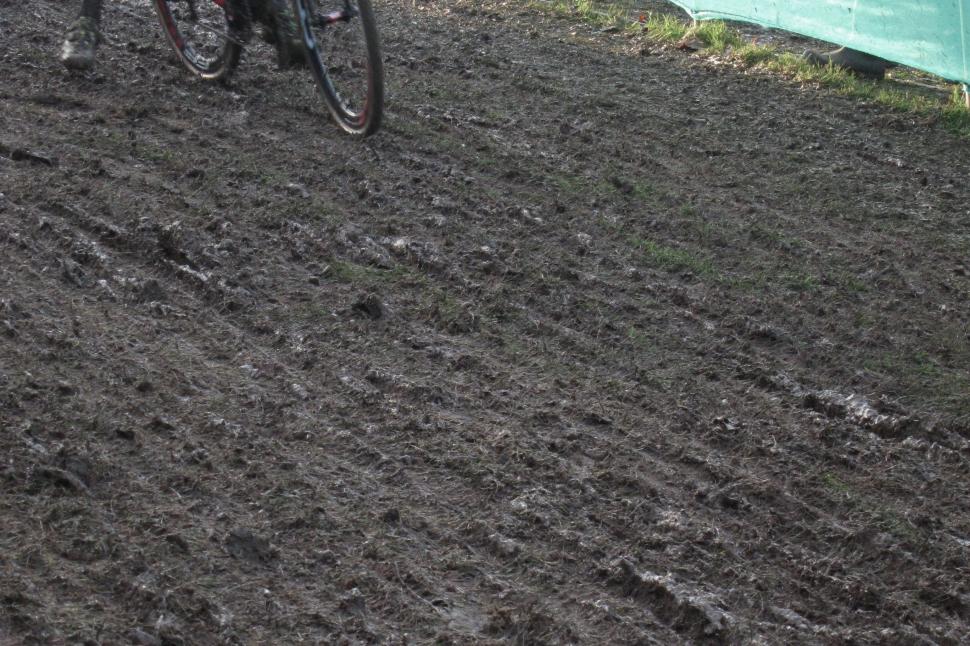 Nor am I some kind of Luddite when it comes to advances in bike design and equipment, I embrace it all, and I’ve shamelessly used technological benefits to my advantage in races past, cheerfully outbraking other riders when on discs, before everyone had discs, and making up three places in a wet and sloppy corner in the process. Smirking.

Now you can walk into a shop, slap down five grand on a cyclo-cross bike and race the next day on a hydraulic-disced electric gear changing point-and-shoot piece of hardware and that’s absolutely amazing. Mainly because you won’t have to spend two days muttering and swearing trying to get the brakes to half work after you’ve had to go back down the shops to buy a 13mm spanner. But the old adage of “Don’t race what you can’t replace” doesn’t seem to exist any more and it’s an arms race of equipment with an alarming amount of possibly too delicate componentry being dragged through the slub. This makes me anxious, I’ve been to enough races where a significant proportion of the field has bent or ripped off their rear derailleurs which can add £100 to the day without trying too hard. Maybe all this new tech is a bit too fragile for the masochism of cyclo-cross and you’re better off with something a bit old, baggy, tired and less precious. 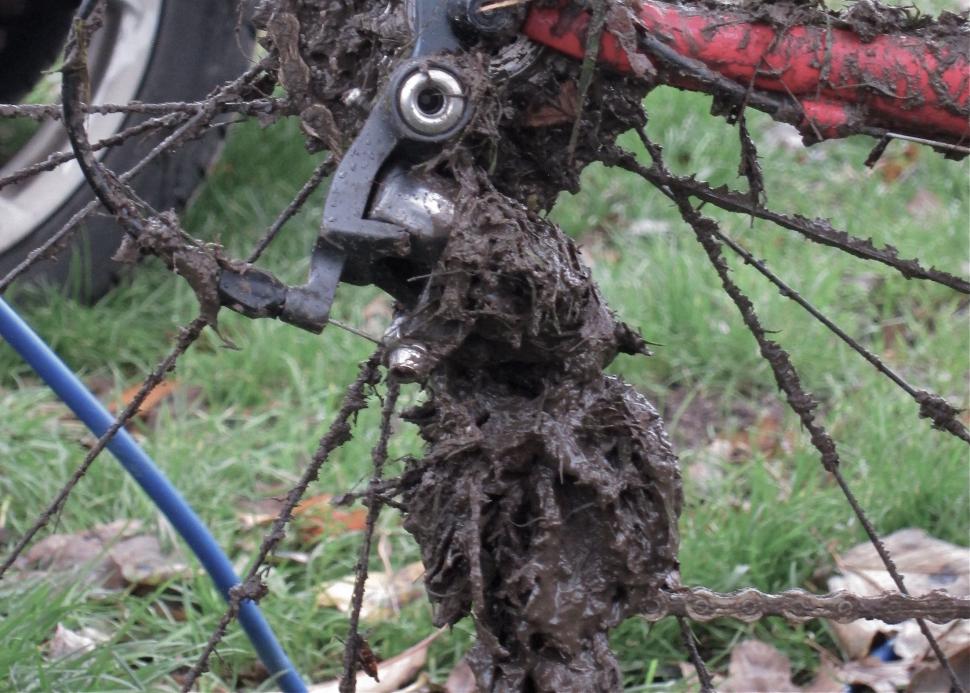 The cyclo-cross bike doesn’t seem to be the final resting place of last year’s kit any more, it’s all new, spangly, and largely pricey. My five, six, seven, don’t know really year old alloy ten-speed cantilever braked ‘cross bike that’s still an absolute joy to ride is almost an anachronism now. It’s a menagerie of parts, upgraded from the original nine speeds (remember them?) to ten at some point, had a chainring removed, and then a chain-catcher bodged on to stop the chain falling off, the front wheel is different to the back after that terminal ding, and a rear brake that howls no matter what I tweak, I mean bend with a spanner. I think the only original parts are the frame, fork, bars and stem, and it’s my favourite bike despite having four other cyclo-cross bikes I can ride, two of which are significantly more modern and could be described as ‘better’, I race this rattly old beast out of choice. It challenges me often and because of that it’s a laugh. It hasn’t taken long for it to become a bit of an historical artifact, and a secretive little nod of recognition and acknowledgement at other riders with cantilever brakes seems to have developed. The wholesale conversion from rim brakes to discs didn’t take long at all, because they make braking predictable and reliable in all conditions, quite handy in the muck and mire of a cyclo-cross course. You’d be an idiot not to use them.

Cyclo-cross advocates Islabikes are echoing a similar sentiment that cyclo-cross doesn’t need to be trampled into the mud under the credit-card crush with their One Bike ‘Cross program, a sub-category in the West Midlands Cyclo Cross League where riders can only ride the one bike for the duration of the race, with no technical assistance or bike washing allowed either. It’s an attempt to return the sport to its simple and inclusive roots and not one that new riders might feel they need two bikes, a jet-wash, a pit-crew and a van to fit it all into to have a chance of being competitive. 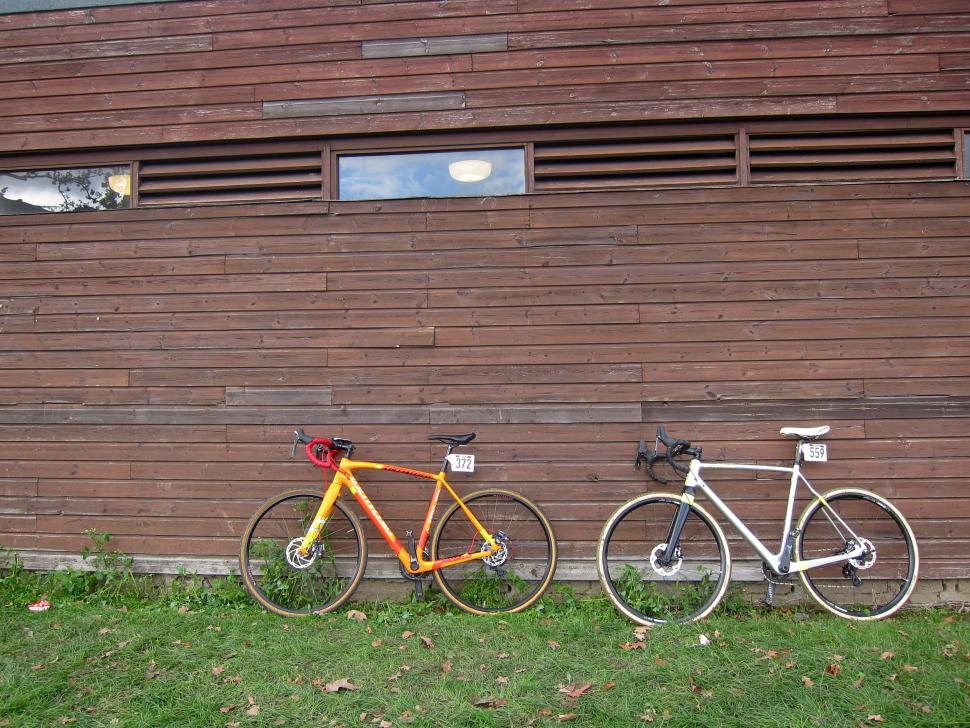 While modern cyclo-cross bikes are efficient, self-assured, confident, built to a standard and with a level of tech you couldn’t have imagined a decade ago I miss the fear, anxiety and nervous excitement of pointing a liquourice tubed slippery tyred gormed up machine down a clodgy slubby hill and not being entirely certain of what might happen next. That’s what made it fun. A large part of riding and racing a cyclo-cross bike was that for a lot of the time it was vastly inappropriate, modern CX bikes are removing that feeling a little improvement at a time and while that’s nothing but welcome to racers it seems to be effectively and successively chipping away at what made cyclo-cross great in the first place. And that’s that it was just a bit rubbish.