Odd Down Winter Series wk2 3
I CAME 9TH AND GOT A POINT! A POINT!

Well it wasn’t heroic or anything, and I still got lapped. But hey, it’s a point: the first I’ve scored as a third cat, and in a 2/3 race to boot. The moral of Saturday’s tale: If you want points then you just have to beat enough of the people who show up to get in the top ten, and if there aren’t as many then that’s less you have to beat.

Last week’s weather was horrendous for racing. This week’s weather probably looked even worse if you were somewhere sensible – for example inside drinking wine by a log fire – but it was easier racing conditions, because the south-easterly wind was pushing you along the uphill start/finish straight rather than blowing directly in your face at that point, which is what the prevailing westerly usually does. It was still really windy, and cold, and very wet for the bits that were wet, and that was most of the bits. It was a team jersey over Gabba over long sleeve base layer kind of a day. 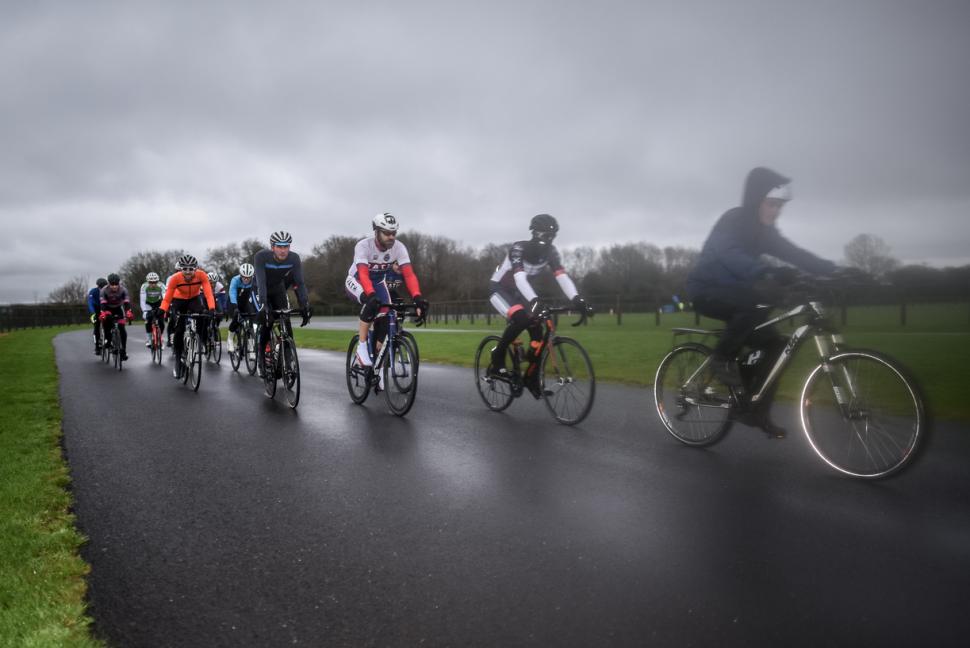 A rolling start behind the e-bike

With the novelty of the first round passed, and the Saturday forecast consistently bad for the whole week beforehand, only 23 hardy souls put their name down, of which only 16 actually showed up. My trump card here is that I live literally round the corner from the circuit, so if I’ve paid my twelve quid then I’ve really no excuse not to be on the start line. So off we go.

The Latchem-Sunwise chaps who picked up a 1-2 last week weren’t there, but Oliver Beresford who came third was, and he was soon off up the road with four of the faster riders in tow, on the way to an eventual win. I was in the second group with three others. Behind that there was one more group, and then a few stragglers. It all broke up a bit more quickly than last week, and then disaster: I ended up losing contact with my group before the halfway point.

Well, not disaster exactly, but I had a decision to make. I was in ninth place, so still in the points. But I was on my own, burning a lot of energy fighting the wind. I could drop back to the group behind and save some energy, then take my chances in a sprint for ninth (the glamour!) or I could try and solo it to the end of the race, which at that point seemed an awfully long way away. I had a decent gap though, 20 seconds or so, so I decided to give it a go keeping the group behind at bay. 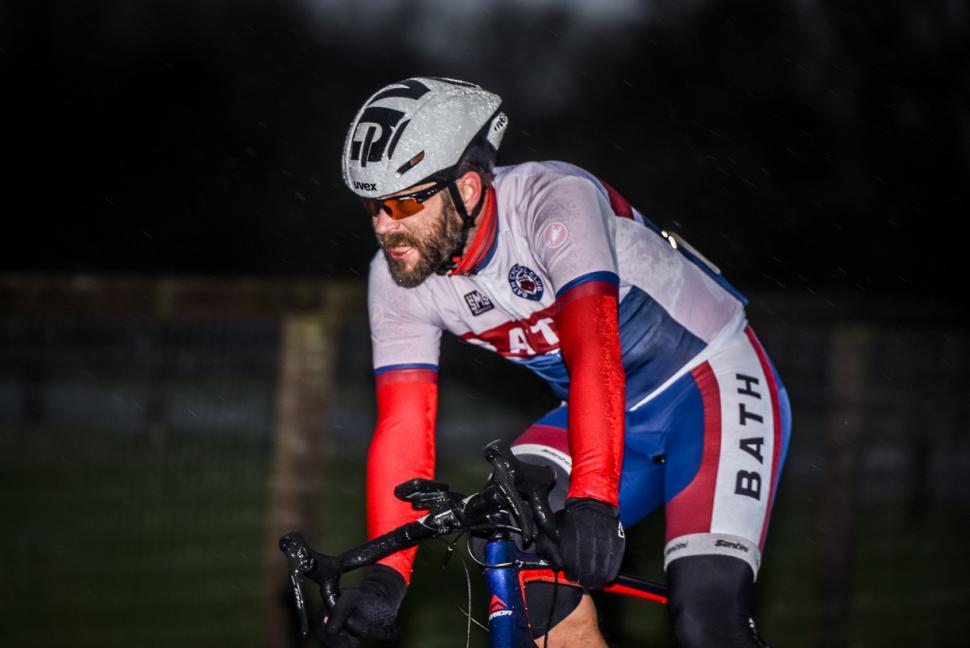 Of course, the worst thing that can happen in that scenario is that you try and stay out, and then ride for ages on your own, and then they catch you just before the end. Which, of course, is exactly what happened. The gap had been closing for a few laps before the front group came past to lap us all and gave the chasing group a tow up to my wheel with four laps to go. Bah.

Anyway, for once I didn’t do anything stupid. Or rather, I stopped doing stupid things. They’d taken eight laps to catch me so I knew I’d be able to handle the pace of the group, and having a few bodies to sit behind meant I had some chance of recovering, so I sat in. In the end I owe my point to my Bath CC teammate Martin Macdonald, who put in a big effort to close down a gap on the final lap which probably cost him the chance to fully contest the sprint: he came in 11th, just out of the points and frustratingly the same position as last week. I’d got my breath back enough to have a proper go for the line. And it was good, for a change, to be in a race in a position where a sprint was a meaningful thing to be doing, even if it was for the very minor placings. So I gave it everything I had, and everything I had proved to be enough this time. Ninth, and a point. Thank you very much. Only 39 more* for my 2nd cat licence!

*there is no chance of this happening

Thanks to Stuart Lessels for braving the conditions again to take the pics!