This time I made a spreadsheet 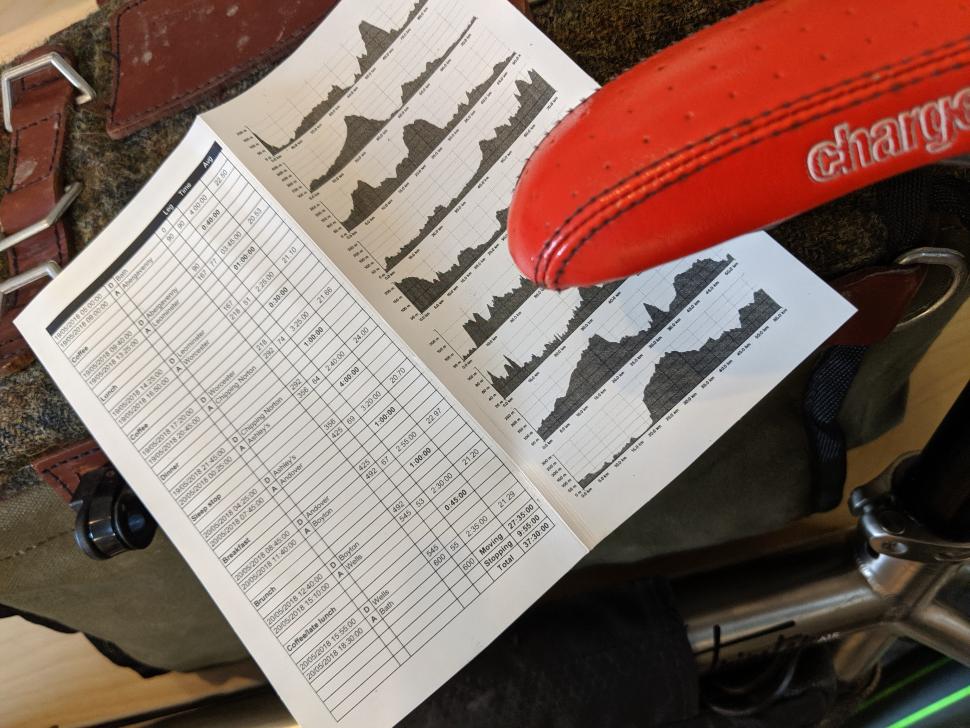 Dave's 600km spreadsheet
Time for another crack at 600km

So last year I tried a 600km for the first time, and I think it's fair to say I made a horlicks of it. But you learn your lessons and you move on. This time I'm no fitter or better prepared, really. But I do have a spreadsheet, so it'll probably be okay.

Rewind to last year: I went off like milk in the sun, cracked out 200km (including stops) in about eight hours, then fell apart in impressive fashion, was sick in a hedge, and didn't finish. So the plan this year is basically: don't do that.

My main weapon in that fight is my spreadsheet. I've used my spreadsheet for a bunch of rides up to and including the 400km Pier to Pier, and all of those rides have gone really well, with all hedges en route remaining unsicked. It's not rocket science, but it does seem to work: say you'll be in a place at a time, try and be in the place at the time you said, and adjust stops accordingly. For this ride I've done a bit of fiddling with an algorithm that suggests how fast I'll be on a certain section based on the amount of climbing involved. That's why there's a quick section halfway through. It's more downhill than up. I doubt it'll feel like it though, 320km in.

I'm doing it DIY this time, just me and my mate Dan, stopping on the way at a couple of friends' houses and sleeping briefly at my brother-in-law's place in the Thames valley. I did consider the Bryan Chapman again but it was full because of Paris-Brest-Paris qualifying, and there's a little bit less pressure (and travelling to and from the start) with this one. Here's the route: there's some flat bits along the way, of which the Gospel Pass and Cheddar Gorge are not two. Hopefully all those roads are okay. It's too late if they're not, anyway.

So, wish me luck. Or don't: the follow-up to this will probably be a more entertaining read if it goes badly than if it goes well.