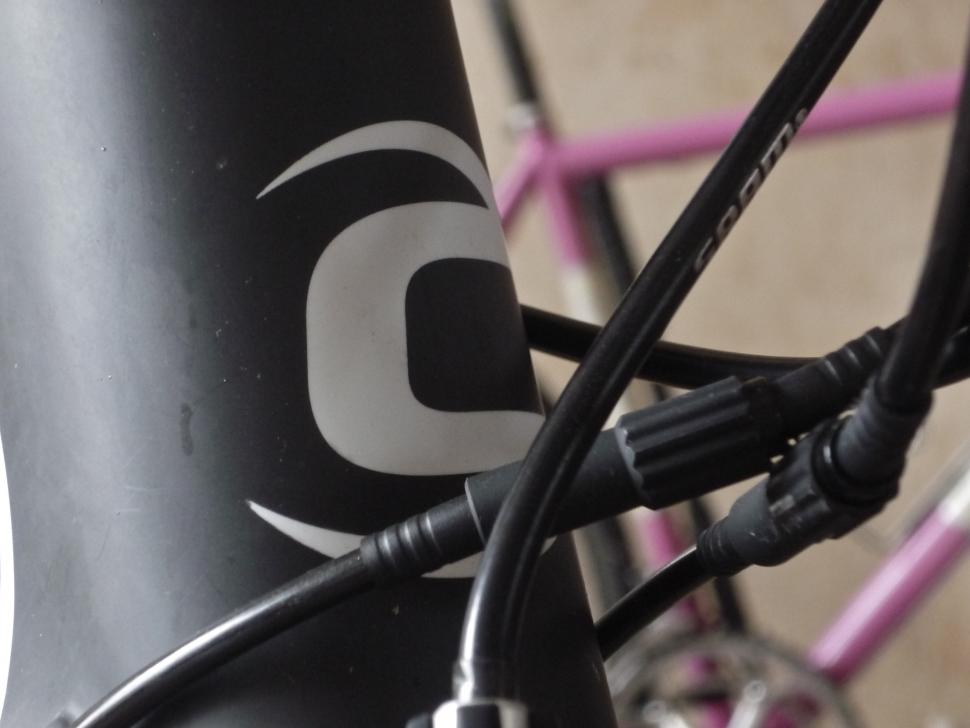 Time's run out and in order to even contemplate completing the Haute Route I've had to resort to cheating. And not by eating a whole Spanish cow.

A rather fine Cannondale Super Six has turned up for me to ride, and it's like cheating. Knocking at the door of weighing 4lbs less than the bike I'm used to playing out on it should make lighter work of things, I've tried doing the sums to work out how much less effort will be required to haul a handful fewer pounds up about 17,000 metres and over 730kms but I've mislaid my slide-rule.

Sadly for a road bike calling itself an 'Elite' model this Super Six has a compact chainset bolted into it. That's cheating too. I don't like compact chainsets, they're fine for other people but I have self-inflicted rational arbitrary reasons to look at them a little regretfully. I'm a tenacious grinder of 'standard' gearing because that's what I use, because that's what I've always used. When I started riding proper bikes a good quarter century ago there was no such thing as 'standard' or 'compact' gears, there were just gears. If you wanted a racing bike it had a 42/52 chainring pairing on the front with a straight-through block on the rear, and you just got on with it. Over the years the sprockets on the back have just about doubled, with the excess being loaded generally towards the end nearest the spokes and number of teeth subtly increased to that which would have you branded as a tourer back-in-the-day, and the 42 on the front might have shrunk a bit to a 39, but that's been countered by the big ring shifting up to a 53. And I'm happy with that. To resort to a compact chainset after all this time would mean that I've given in, given up, stopped trying. If I can't make it up That Hill in That Gear then I know that I'm getting fat and unfit and rather than use new technologies to pander to these inadequacies I'd rather face up to my deficiencies, force myself out on the bike more and struggle back up to that level of fitness that can manage the existing gear ratios I have once again. And I'm not just talking big and puffing my chest out over the gentle undulations of the local roads, I've frequently ridden mountains on a standard chainset, because it's the gears that I have, that I've always had, and survived, I may have struggled here and there, and maybe had to sit down on a hairpin for a cry once or twice, but I've managed, and enjoyed the challenge, afterwards. Essentially it's a private matter of purely personal self-worth and in the hours and miles preceding the arrival of the Cannondale my mind would churn and mull over these thoughts of compact versus standard, a lot, mixing up a bitter sticky mess of bravado, survival, stupidity, ego and mostly hubris. There's a part of me that still wants to use 'proper' gears, just to prove to myself that I still can, that's the part that will be cramping in the gutter, weeping openly, as the other part of me twiddles past in cheats gears whistling a happy tune.