Eurobike doesn't get better for VecchioJo

That. That was a long night.

In the sleeping lottery I’ve drawn the top bunk, where we’re fitting three people in a space designed for two close friends and I’m the meat in a sleeping-bag sandwich, top-to-tail for politeness, and right on the damp patch where someone left the window open in the rain. Various other bodies are distributed snuffling and shuffling about the camper-van, there was even someone sleeping across the front seats at one point. It’s warm, it’s quite uncomfortable and with my nose only a few inches from the roof where the rain is playing its timpani, incredibly noisy.

I’m tired and want to sleep but I lie there totally unable to, dead stiff, trying not to touch anyone, the team member on my left kicks me in the face for the first of many times, there is an awkward touch of bottom from the right. I stiffen further. And this is before the night-long choir of snoring starts. Tomorrow I shall have to either go for a fast 100 mile ride or get incredibly drunk to knock myself out enough to survive this again. I suspect the latter is more likely. 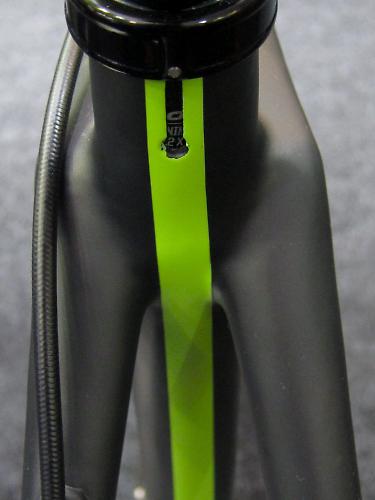 The third worst night’s sleep I’ve ever had puts me in an unsuitable state of mind to walk around a dozen exhibition halls trying to make sense of thousands upon thousands of bikes. Drink coffee, engage professional trudge mode, methodically square the halls along the blue carpet. This is the first day that the Eurobike doors are properly opened and each one of the road.cc team has their assigned tasks and meetings to attend, it’s full on run-around trying to fit everything in for the next four days. Feature all the new bikes and kit, produce an overview of what’s going on in specific genres, raise an eyebrow at the splattering of whacky that always gets bolted onto bicycles, maybe cry a little at what someone has done to a bike and then get instantly excited by what someone else has done, see if we can pick up on any emerging trends, get turned on by a colour. Stuff, stuff, stuff, stuff, stuff, stuff. Stuff. 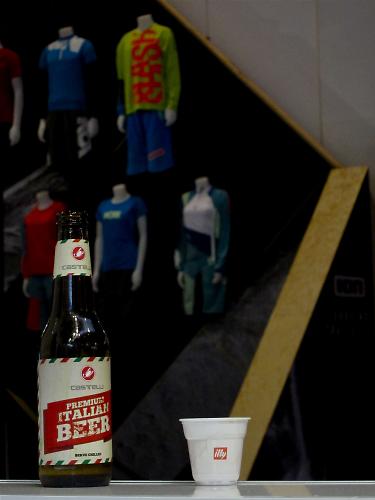 One of the most important missions at Eurobike, besides reporting on all the bikes, obviously, is to plan a decent itinerary of after-show activities. A manufacturer is always holding a party or offering food and drink somewhere at some point, sometimes you’ll get an invite if you’re in the know, sometimes you’ll just crash in on the coat-tails of someone who does. This evening we’ve been invited for early afternoon beers with Castelli, then we’re popping ten feet across the aisle to Endura for beer, cake and whisky, there’s talk of a party at Magura, and then there might be proper nice food at Rapha when their evening ride finishes. We mercilessly and mercinarily visit them all and over the course of the evening our nutritional needs are complete, Road.cc are like an army, forced to scavenge off the land as they rampage around the vast expanses of exhibition hall. We’re almost feral. 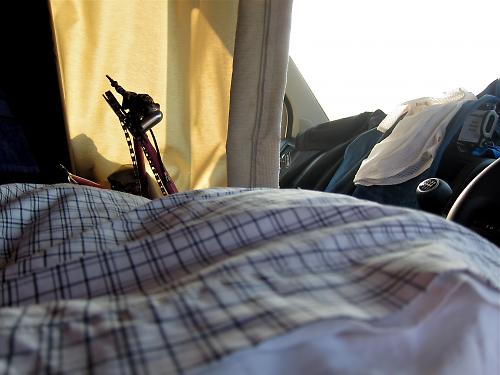 At no point in the evening does anyone ask why we’re lugging around a massive bag with a tent in it. Because we have a large tent. As if we wasn’t overcrowded enough we’ve somehow gained another member to the team and in order to fit them in we’ve had to procure extra accommodation. This means pitching a voluminous tent no-one knows how to erect, in a gravel car-park, at night, after a few beers, with no guarantee that all the bits are there. You can imagine the consternation this caused the neighbouring Germans, but we don’t care, there’s room to sleep now and despite the road.cc editor snuggling ever closer to me over the night, and the usual snoring, everyone has a more serviceable night. The getting a bit drunk thing helped.