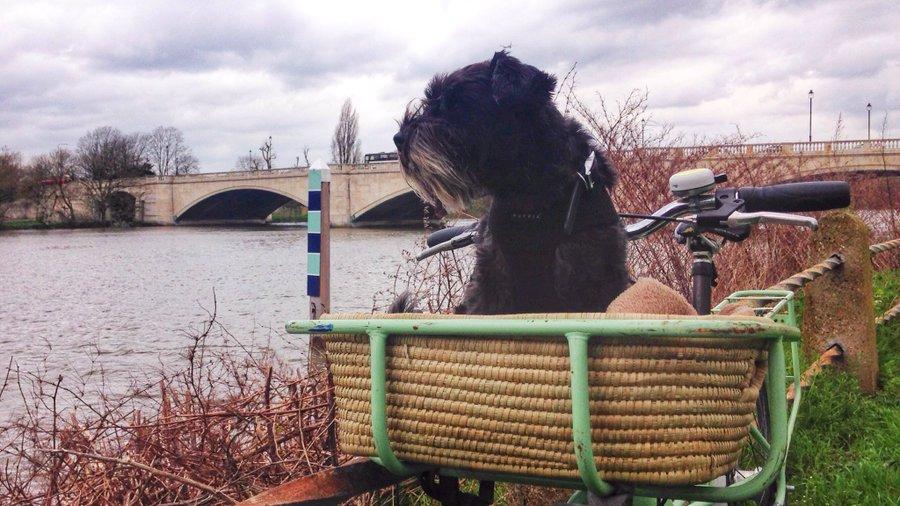 Elodie - Boat Race finish
Elodie may have passed on ... but she will always be pedalling alongside me

It was very sudden. She hadn’t been herself for a couple of days, and when I took her to the vet at the start of January, and went back an hour later after he took her bloods, I was told that she wouldn’t be coming home that night.

I was devastated. She’d been my constant companion since I began working from home back in 2008, and when I moved from the Cotswolds to Cambridge a few years later and got my Elephant Bike, she was also my riding buddy.

Whether it was in Cambridge or London, or all number of other places, we had many memorable days together on the bike, and the smiles she brought to people’s faces when they noticed her in the basket will be a treasured memory forever. 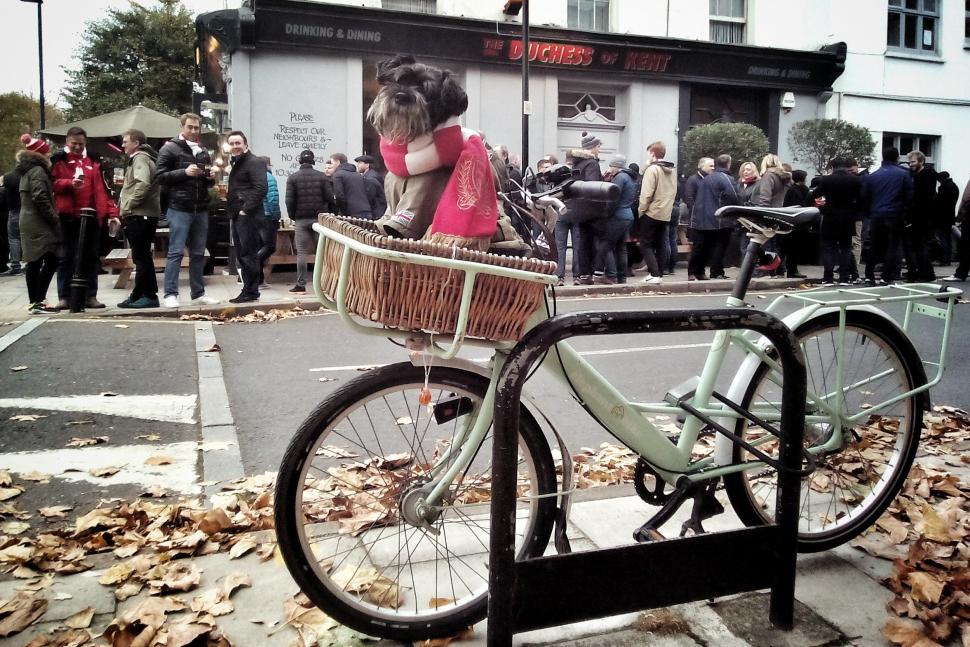 Even including the time we were staying with a friend and her pups in Wales, when I pushed the bike (and the dog, in her basket) up what was briefly the steepest road in the world towards Harlech Castle.

The ride back to Barmouth that day, though, was fantastic. Mainly because it was largely downhill … although I’m still slightly annoyed that Elodie didn’t scare off the seagull that swooped down to grab my pie when we got there.

The suddenness of her passing – barely 90 minutes from us arriving at the vet to me holding her paw as she went to sleep for the last time – will never leave me.

I don’t have kids and, yeah, while I’m fully aware that having a pet cannot be compared to bringing up a little human, she is the closest thing to a child I will ever have.

That evening, I wanted … needed … to be alone for a while, so rode down to the river at Hammersmith, where I had taken her so often for a bike ride and walk these past three years. 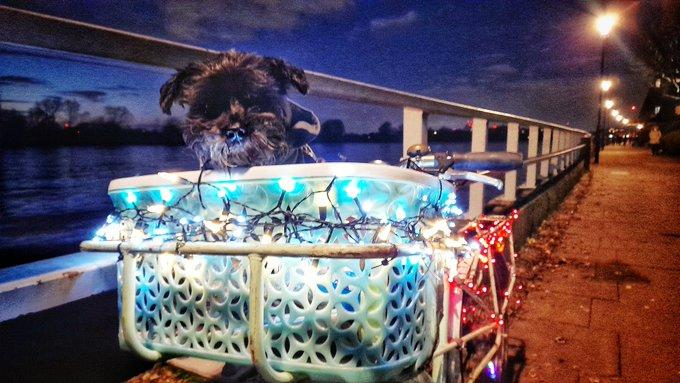 It may well be that I was still in a sense of shock when, a week or so later, I whacked a bid in on eBay for an old Raleigh bike that had been converted to single-speed (and with a 53x15 gear ratio … subsequently adjusted for these 56-year-old legs). 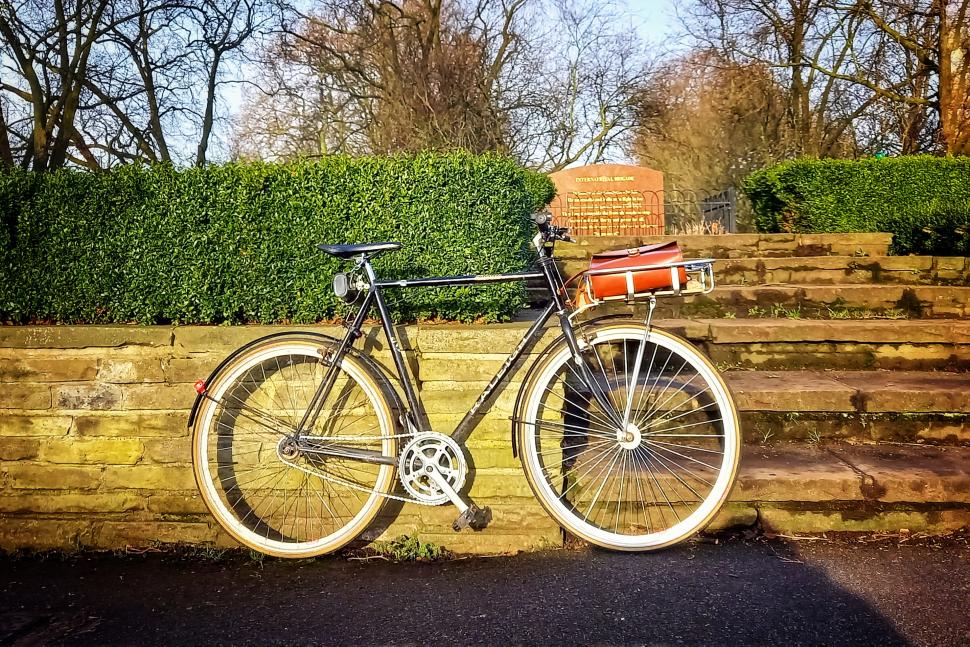 But, whatever the bike, it is giving me huge solace now to be able to ride to the places we used to go to together, and once there, to think about the happy times we had on our rides. 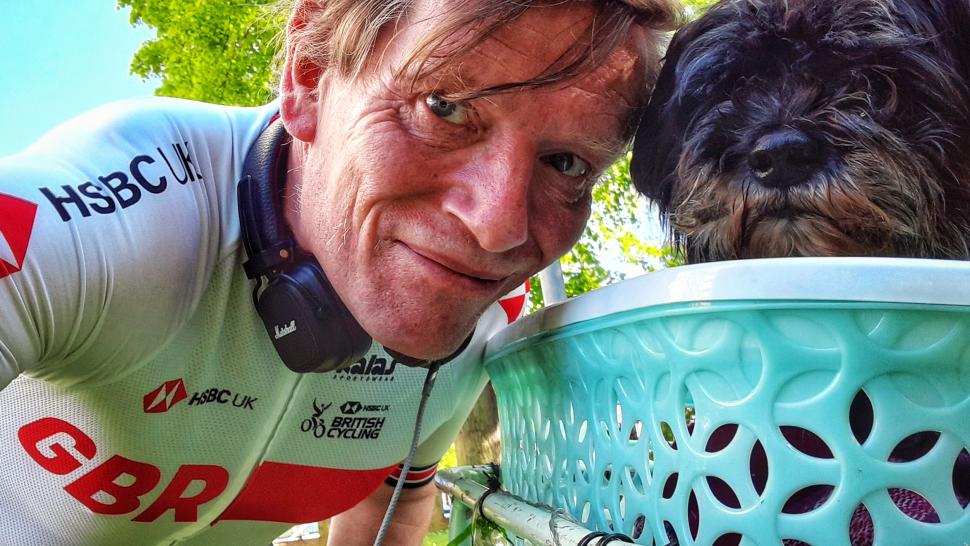 The one day that I think will forever stick in my mind is when the RideLondon pro race started in Bushy Park a couple of years ago.

Elodie met a few famous people in her time. Danny De Vito and Freddie Flintoff both petted her on the occasions our paths crossed. And a certain 30-time Tour de France stage winner and former road world champion once scowled at her. She, of course, scowled back. 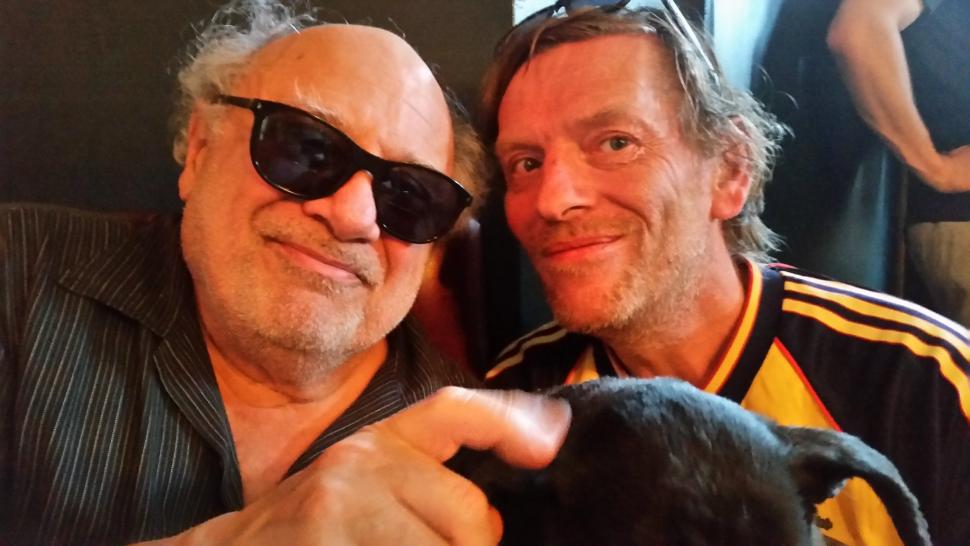 But to be cycling through the park to the start of the race and all of a sudden there was another Milan-San Remo winner, Arnaud Démare, riding next to us for a bit and smiling at the pup in the basket, that was something special.

That same afternoon, we … accidentally … ended up on the RideLondon route coming into Putney, in the window between the sportive and the pro race, and were waved through by marshals.

I’d planned to stop in Parliament Square, but there was no obvious way off the course, so I just gritted my teeth and did the final kilometre or so onto The Mall and under the finish line, to the cheers of the crowd and the surprise of the announcer.

Elodie was in her element. She was in the basket of her bike, she had the wind in her beard, and she had everyone’s attention. 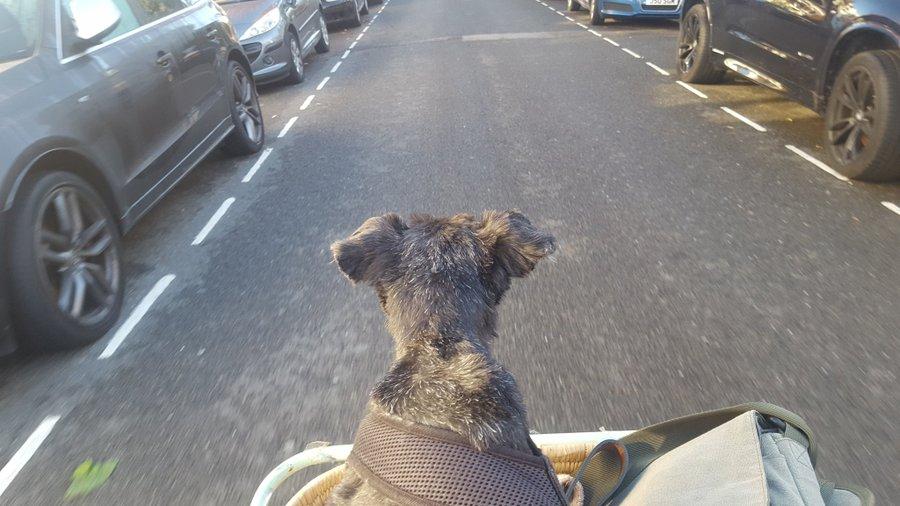 Me? I still haven’t got anywhere as fast on the bike along the Chelsea Embankment as I managed that afternoon, according to Strava, despite being on a much lighter bike now; but that memory is worth 1,000 Personal Bests.

Pedal free, my little one. 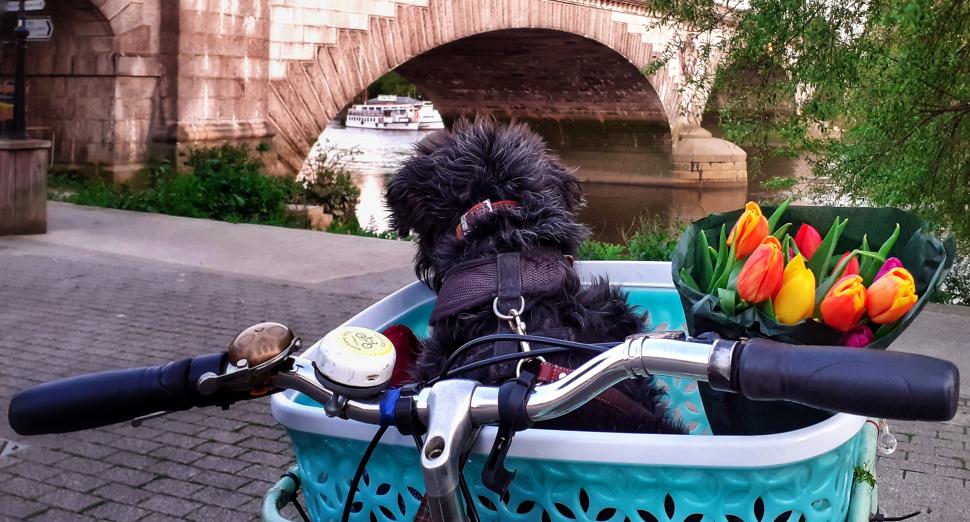 A little PS. The main photo at the top has a special significance; as a puppy, Elodie lived in Oxford, in middle age she lived in Cambridge, and her final years were spent in West London, close to the Thames again ... the pole you can see in the picture with Chiswick Bridge in the background is the finish post of the Boat Race.

Oh, and slightly less cycling-specific than the above ... but I made this YouTube video of her, too ...