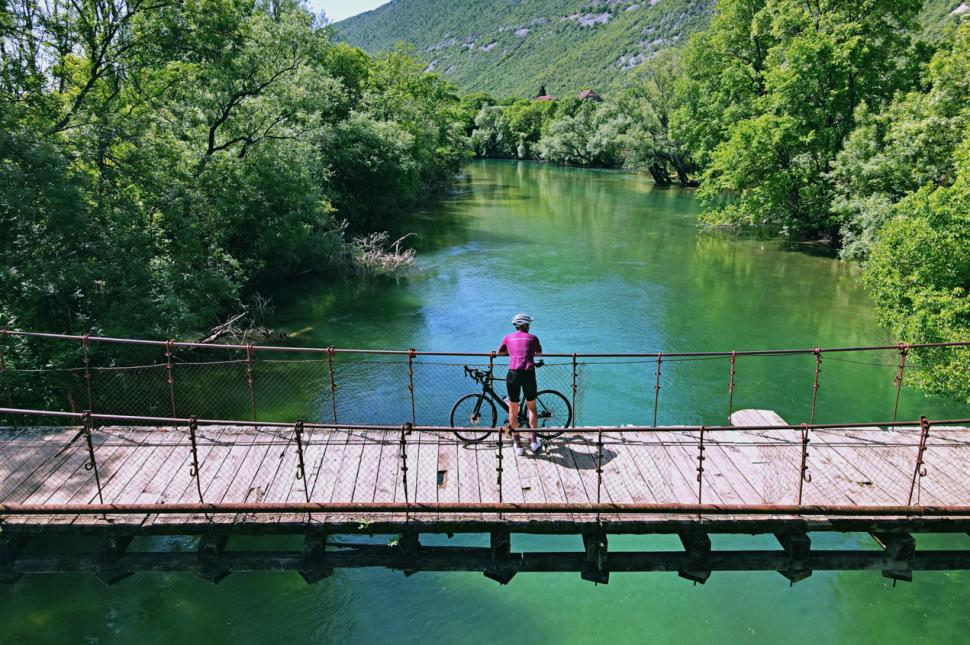 It might not be top of the list for most cyclists when picking a cycling holiday destination. Geoff Harper explains why he thinks Montenegro should be top of yours for 2022

The Balkan countries of Southeast Europe are a colourful collection of cultured peoples and wild lands. One of the smallest countries in the region is Montenegro, no bigger than Northern Ireland with one third of the population. Once a Yugoslavian state, Crna Gora (Black Mountain) gained its independence in 2006; and although contentious, its newly found independent identity is bold and clearly stated.

> Cycling from London to Barcelona: a more enjoyable LEJOG alternative
> Plan your perfect cycling getaway with the road.cc Tour Finder

This tiny mountainous country has enough geographical diversity packed into its rugged and beautiful landscape to satisfy the adventurer in any cyclist. With 300km of Adriatic coastline trailing south into the Ionian Sea, its rugged interior is punctuated with meadows and freshwater lakes all hemmed in by snow-capped mountain ranges. Montenegro is an unchartered awe-inspiring territory that easily earns its adopted tagline of #WildBeauty. 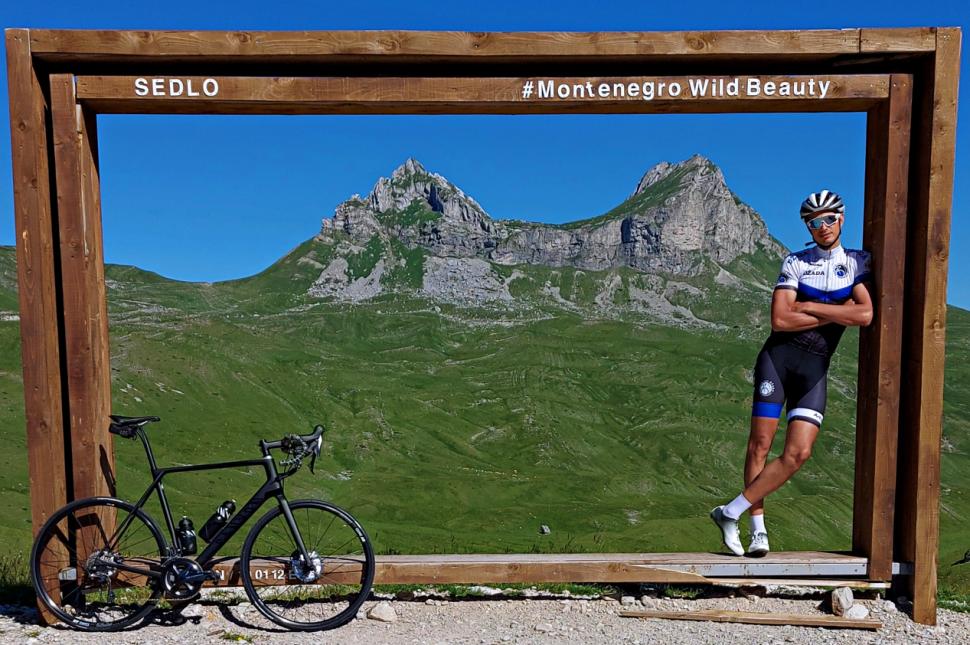 My name is Geoff Harper, and I ride bikes as far and wide as I can; be it racing, adventuring, coaching, guiding, or simply for the pure joy of riding. Early in 2021, I uprooted from Mallorca and made my way across Europe to resume play in Montenegro. The opportunity to work with its National Cycling Team being the initial draw. This breath-taking country with its natural beauty and engaging people have renewed my passion for adventure cycling. 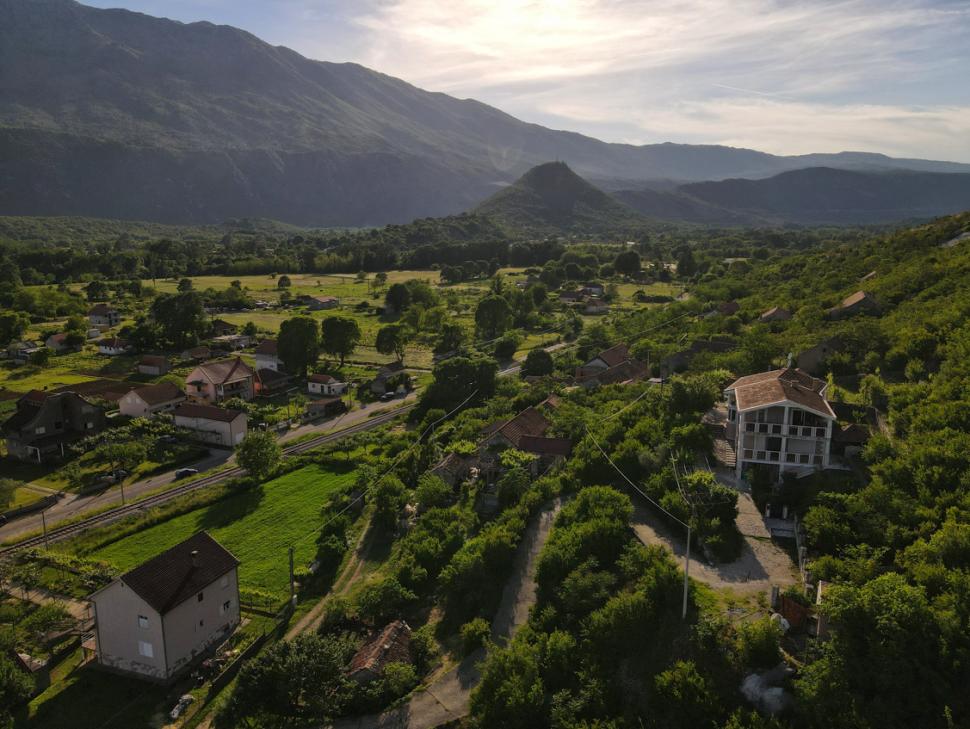 In Montenegro you trade convenience for raw experience. Relinquish some creature comforts and you’ll be rewarded with unexploited and expansive terrain that is rich in history. The convergence of Western and Eastern influences goes back centuries and translates directly into the current culture, with delicious cuisine; you’ll find outstanding food at sensible prices wherever you go. Glancing at a map it’s surprising to learn that flights from the UK are similar in duration to the journey times to get to central Spain. EasyJet and Ryanair service Tivat and Podgorica airports respectively. 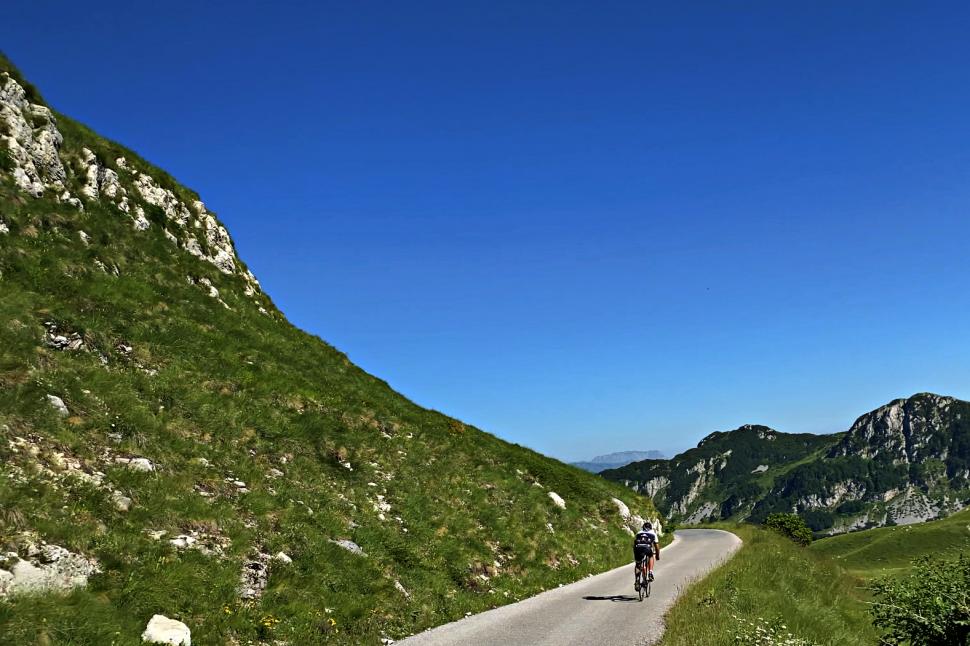 In Montenegro you'll find climbs up to Category 4 rivalling those of the Alps or Pyrenees, from the fresh tarmac of Cijevna Canyon, to the mountain pass roads of Durmitor and the iconic loop around Boka Bay. This looks like a Norwegian fjord, and has been dropped slap-bang into the Adriatic. With a Serpentine, coastal routes and plenty of freshwater lakes to view, the riding possibilities are endless.

Since arriving in Montenegro, I have been exposed to the best cycling routes, happenings and backstories all through the Team. We hope to promote cycling domestically and more broadly to encourage adventure-seeking cyclists to consider the wild beauty of Montenegro when planning cycling trips beyond their home territories.

Of course, to facilitate your Montenegrin Cycling adventure the right bike is needed. Bringing your own bike and an array of spares is advisable, with an emphasis on durability. A robust and comfortable road bike with a compact chainset and 11-32T with a minimum of 30mm tyres are my personal preference for added comfort, traction and ultimately peace of mind. Bike shops are sparse in Montenegro and often limited, so again self-reliance is key.

The climate is akin to Northern or Central Spain, though a little more volatile due to the prevailing Adriatic winds of the Bura and Jugo. The favourable Bura brings cold dry air over the Velebit mountains of Croatia. With cooler temperatures and clear skies, the less favourable Jugo bringing moisture and dark clouds inland from the sea. The word ‘jugo’ itself is actually used as a synonym for bad or inconvenient. 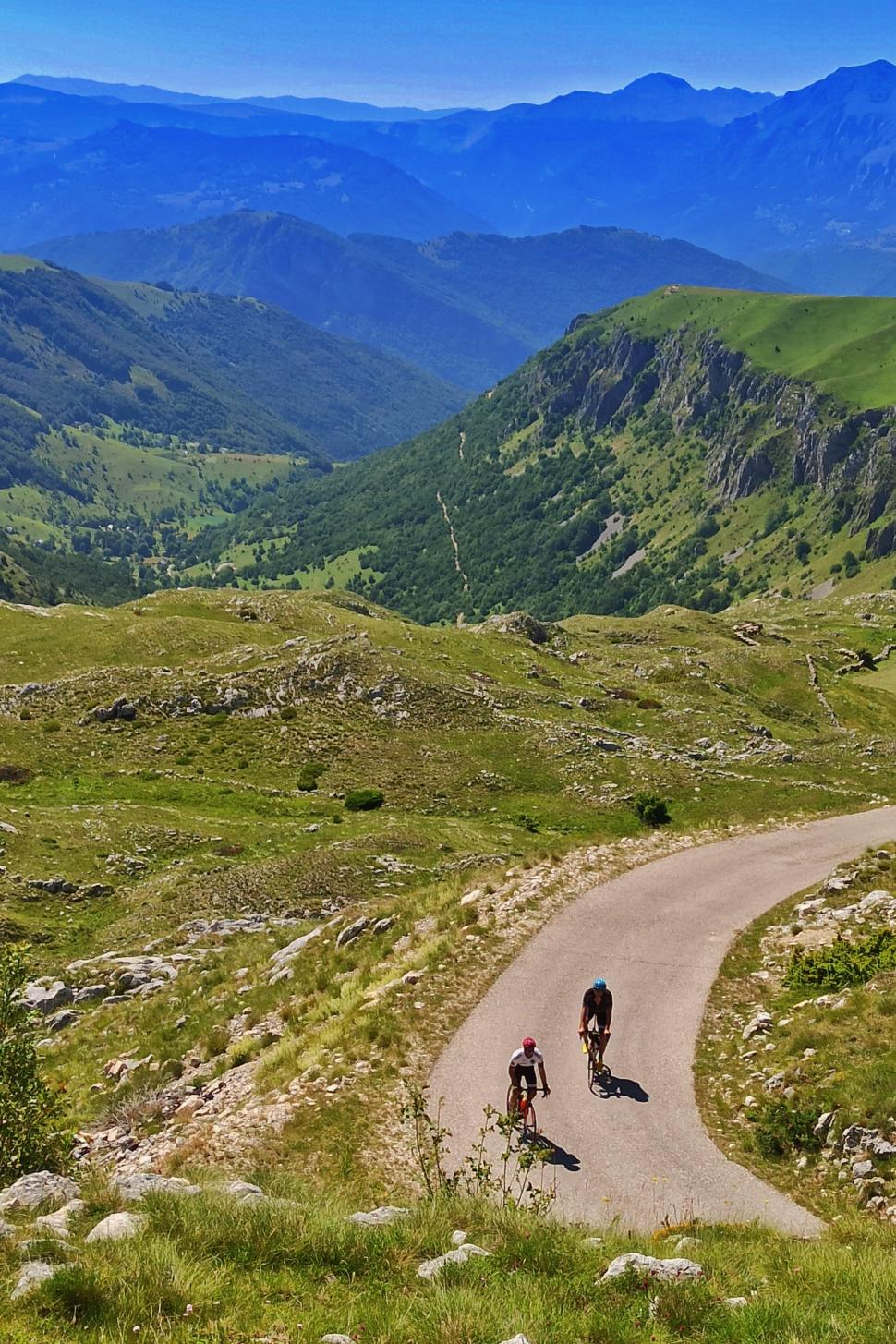 This article would not be complete without acknowledging that cycling in the Balkans is a relatively new idea, certainly compared to Italy just 200kms across the sea from Montenegro. Balkan drivers are still learning how to share the road with cyclists, which means riding two abreast is ill-advised in my opinion, especially in towns and when descending at high speeds. Wide turning lines are best observed for avoiding oncoming/overtaking traffic and sudden changes in road surfaces. 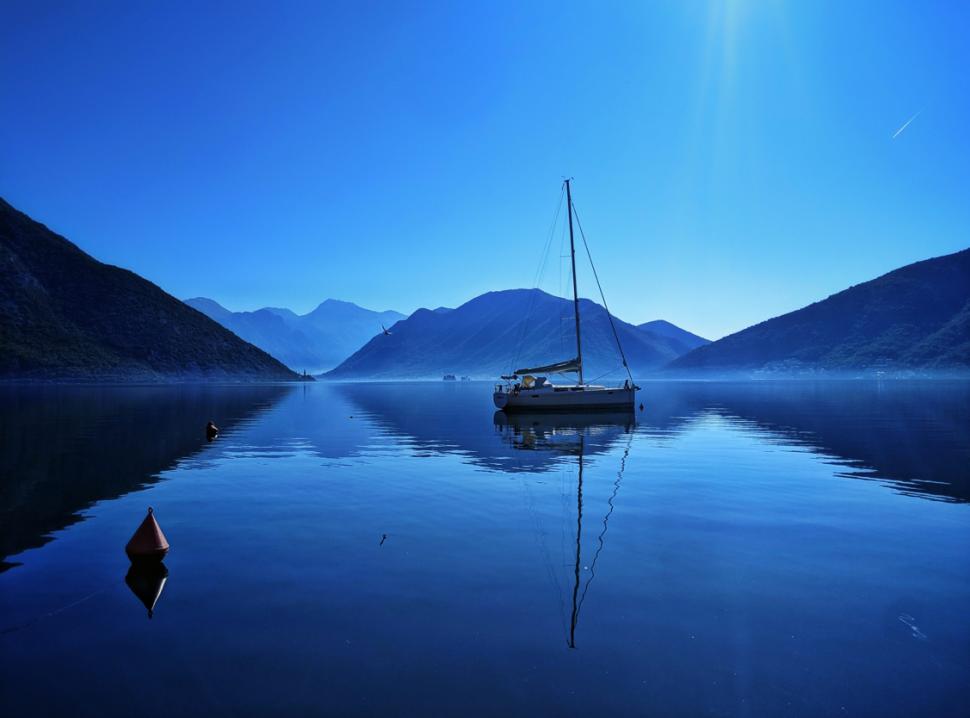 Durmitor National Park is the largest National Park in Montenegro. Its 48 peaks are part of the Dinaric Alps, and it is a UNESCO World Heritage site. The Durmitor massif is limestone and surrounded by European Black Pine with 18 glacial lakes. Its highest peak, Bobotov Kuk, reaches 2,523m. The Tara River Canyon is 1,300m deep and stretches 80km, making it the deepest gorge in Europe and second only to the Grand Canyon worldwide. The Golden eagle, the peregrine falcon, brown bears, grey wolves and the European wildcat are all indigenous. 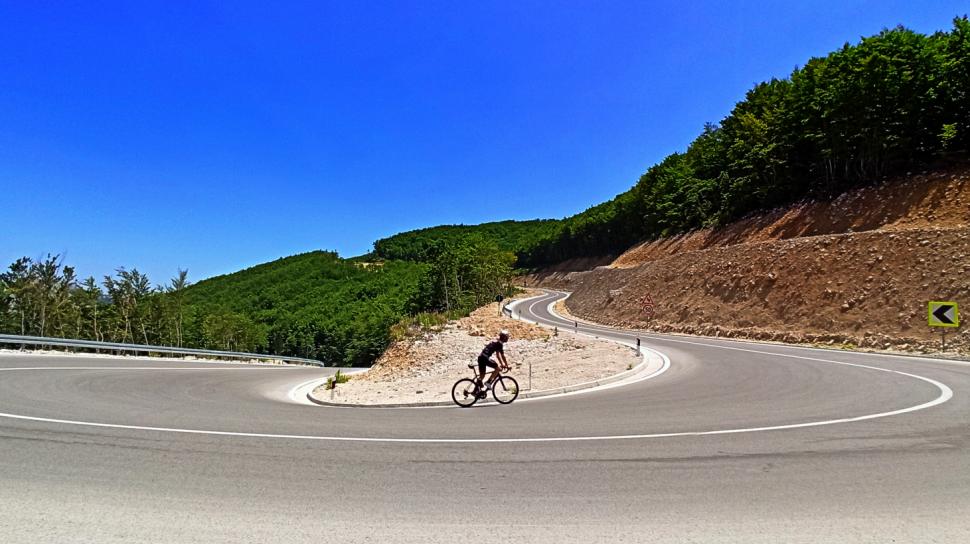 Together with some of the Team this summer, we escaped the heat of Podgorica and headed into the mountains to ride the Durmitor Ring, a stunning loop through the park of 80km with 2,000m of climbing. Our base was Jarovaca lodge in Zabjlak at 1,456m, a mountain town which historically served as a Slav stronghold and market/trading post that more recently transformed into an epicentre for mountain and winter sports. 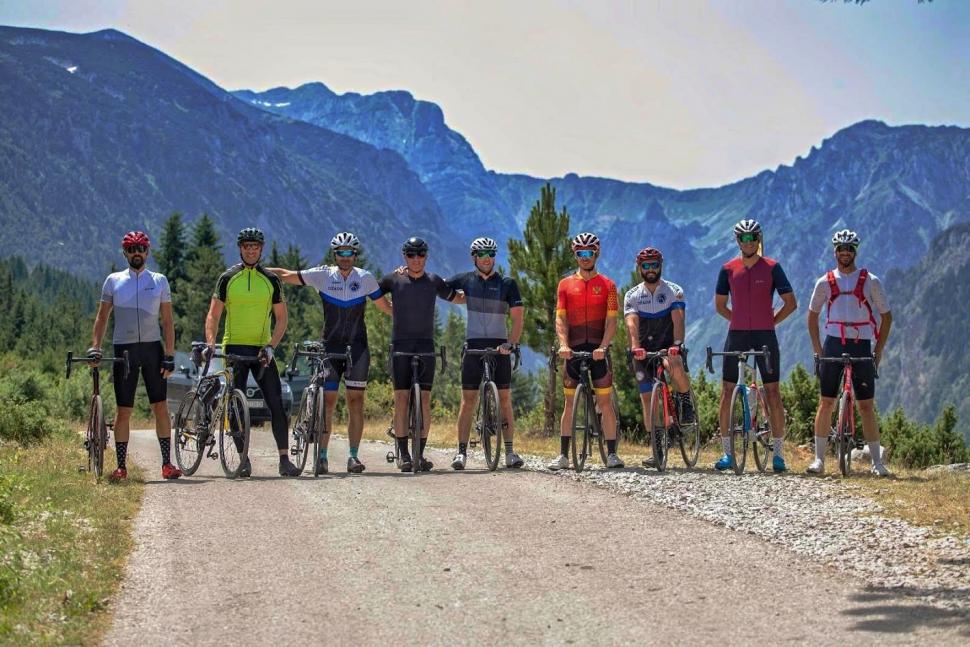 After a hearty breakfast of bacon, eggs with freshly made bread and strong coffee, we prepared to ride. At 10am it was 20c, and with crisp mountain air we set off under bright sunshine. Steadily climbing north, we rode an easy pace toward Vodice pass on an old mountain road lined with European Black Pines. This pass tops out at 2,000m and is the highest paved road in Montenegro. Then it’s a long, steady and occasionally steep descent into Susica Canyon where a freshwater spring facilitated a top-up. The 4km climb back out of the canyon and up to Nedajno encompassed grades of 12-18%, after which we were rewarded with stunning views of Sustica Canyon. 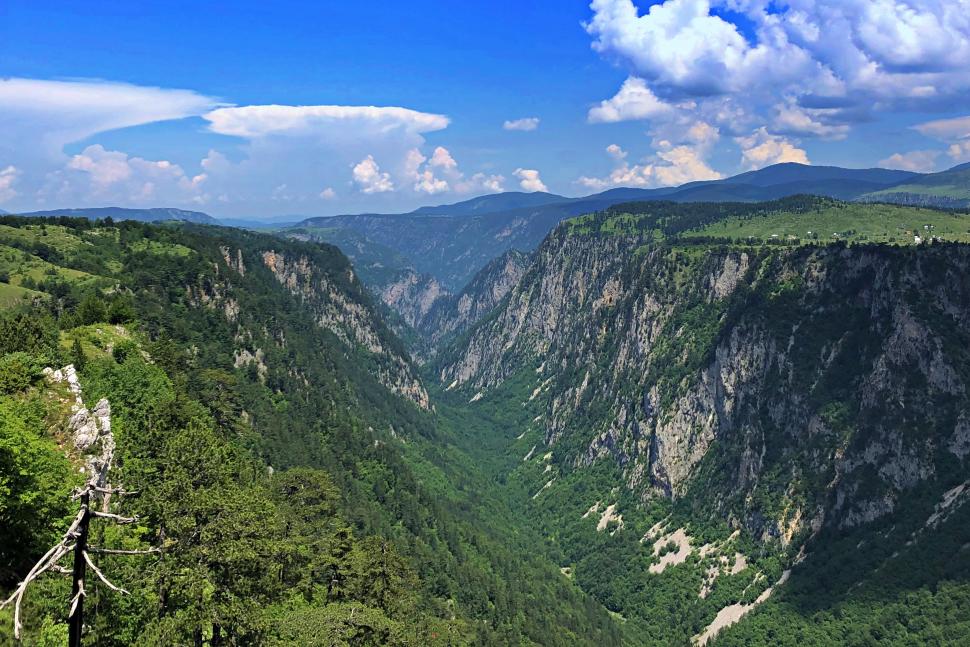 We then take on a series of rolling climbs and ascents through Trsa and down to Pišče, an exposed climb of 10km up to Todorova and then into the Sedlo Pass valley where we get to our final climb of the day, Sedlo Pass at 1,900m. A fast and winding descent back to the lodge in Zabljak was an exhilarating way to finish the day.

Showered and changed, we walked into town to recoup some calories at Podgora grill; a truly epic day followed by some equally epic food and drinks. As cycling adventures go, you could not ask for much more. 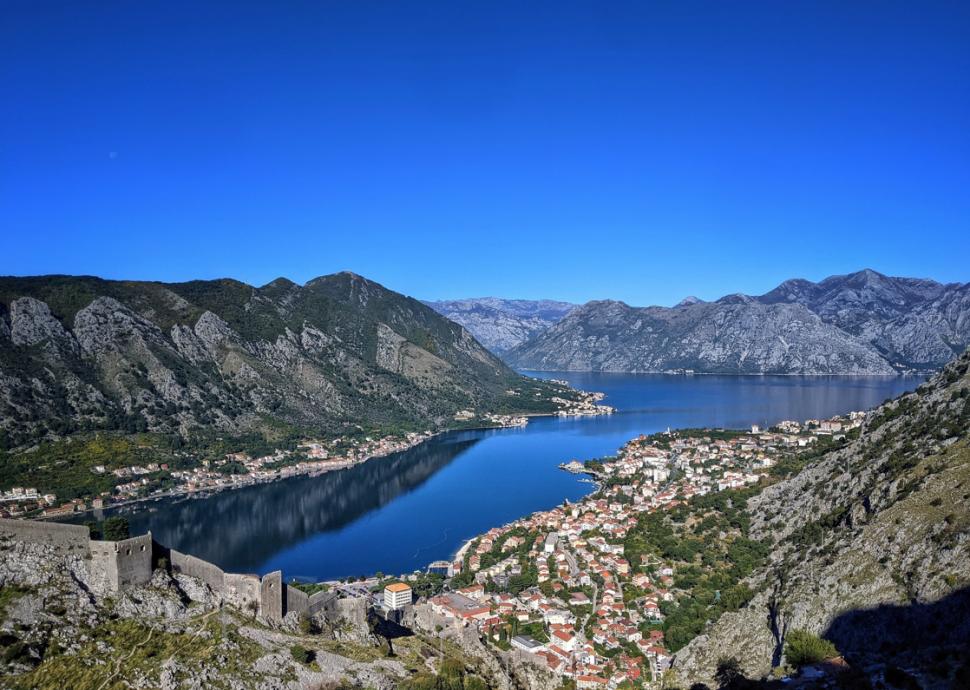 Kotor Bay, also known as Boka Bay, is the most iconic geographical feature of Montenegro. An inlet from the Adriatic Sea, it was once part of the Venetian Empire and more recently home to the Yugoslavian Navy. Staring from Tivat, this relatively flat ride around Boka Bay is less than 50km. Passing through old fishing villages, there is plenty of opportunity to grab a coffee and soak in the views. Our favourite stop is Perast, a quaint fishing village that dates back to the Illyrians. Sipping coffee on the pristine water edge, with blue skies and mountains emerging in all directions is a mainstay of Boka Bay riding. 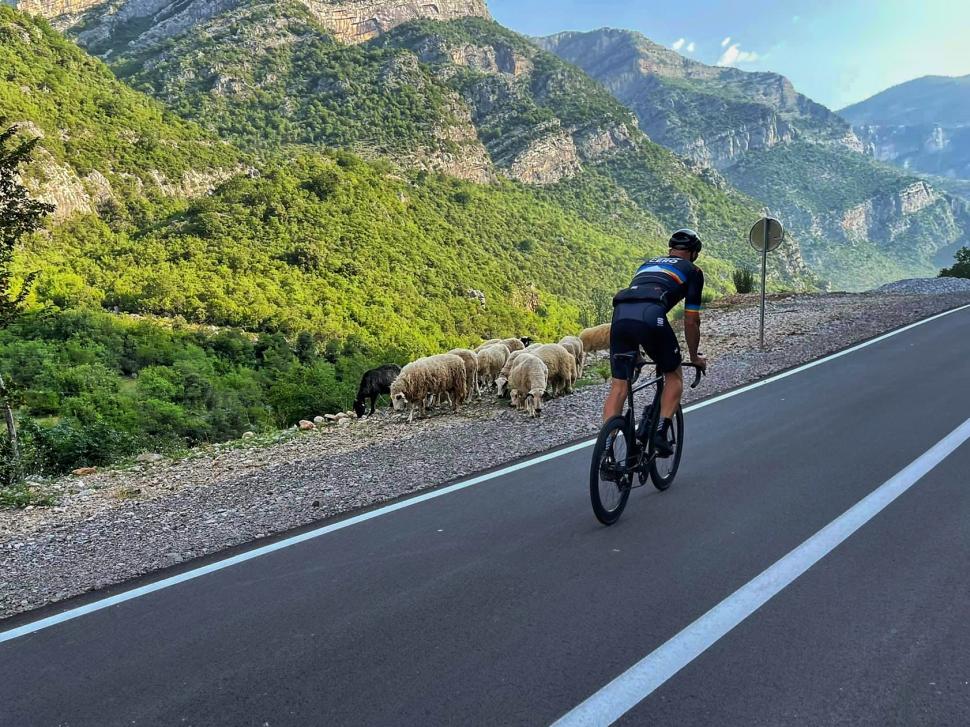 After Perast and Dobrota, we slow our pace as we enter Kotor by the old town. The most popular destination in Montenegro, this town is alive with the hustle and bustle of tourism. Leaving Kotor there is an option to climb up to Kavac with spectacular views of the bay, followed by a steady descent back down to Tivat with panoramic views out to sea. 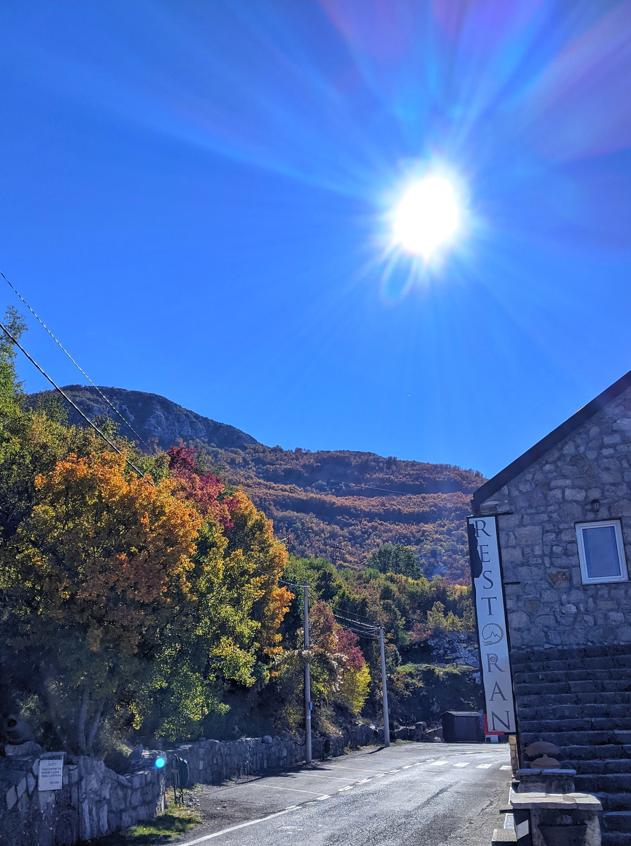 From Kotor it’s a 30km climb and a hairpin Serpentine providing views out over the bay. During the summer there are a few restaurant reprieves, or alternatively at the summit of the Serpentine the road flattens out and you can detour into Njegusi to refuel if necessary. From this halfway point, you will double back to finish the climb, first rounding Mt. Jancine then up to the final climb to the memorial site.

If you think Montenegro is for you and want up-to-date touring info, advisories and GPX files, you can get in touch with me //geoffsharper [at] gmail.com">here. 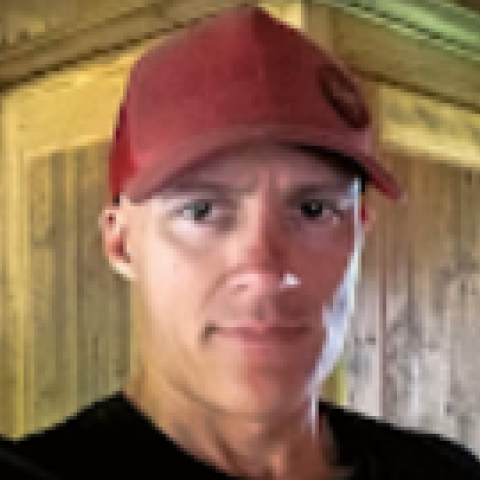