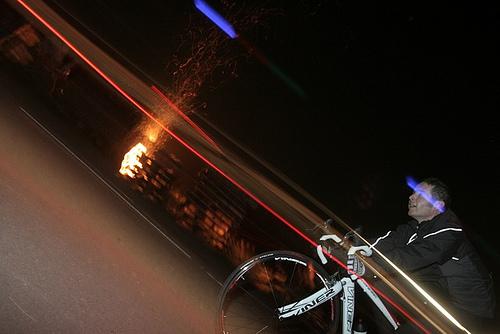 Buyer's guide - finding the best cycle lights for you

The clocks are going back, the nights drawing in... you need some cycle lights!
by dave atkinson

The clocks are going back so it's now officially lights season on the bike. If you're in the market for some bike lights there's a bewildering array of lights out there to choose from, ranging from a few quid to nearly a grand, so what's the best bet for your riding?

To help you choose here's road.cc's quick guide to the technology and the options available for lighting your way on two wheels put it together with  our beam test comparison data for 40 of this year's top lights and you should be well on the way to finding the best light for you. 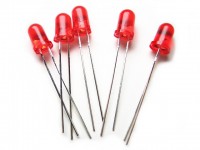 A few years ago you had a choice of different bulb options to consider: There was standard filament bulbs, LEDs, Halogen bulbs and HID units all vying for shelf space. Only one of them has really come on in recent years though, and that's the LED. LED lights have improved to such an extent – and come down in price too – that there really isn't a choice any more. LEDs tick all the boxes for a bike light. They're tiny, they cost tuppence to make, they last for ever, they're rugged, they run cool and they're easy on the juice. No wonder that everyone's using them these days. There's LEDs and there's LEDs – the bulbs in a cheap flasher that look like the ones out of your old 100-in-1 science set are a long way removed from the high-spec emitters in top-dollar off-road lamps – but nowadays you'd be hard pressed now to find anything that's not LED powered. Outputs have shot up in the last year or two as well, with the brightest lights claiming outputs of over 1,500 lumens, more than a car headlight. More general purpose lights range from 50 to about 500 lumens, with basic commuter lights and emergency lights weaker still; they're mostly to be seen by, though, not to see with.

Technically, all bike lights must be fitted to comply with the Road Vehicle Lighting Regulations (RVLR). For the record, here's what those regs say...

Rear Lamp
One is required, to show a red light, positioned centrally or offside, between 350mm and 1500mm from the ground, at or near the rear, aligned towards and visible from behind. If capable of emitting a steady light it must be marked as conforming to BS3648, or BS6102/3, or an equivalent EC standard. If capable of emitting only a flashing light, it must emit at least 4 candela.

You also need a rear reflector and four pedal reflectors to fully comply with the RVLR.

In practice, not all bike lights are kitemarked. The specification for lights dates back to 1986 and is designed to apply to lights with filament bulbs. That doesn't mean that LED lights can't meet the requirements – some do – but lots of them aren't specifically tested for the ageing Brititsh standard, especially those that are for the worldwide market. Since the RVLR was amended to allow cyclists to fit flashing LEDs we've heard very little about cyclists being stopped for having non-compliant lights.

Choosing a light: things to consider

What am I going to use the light for?
Are you going to be pootling down to the shops, or do you detour through the woods on the way home? You need to consider how much light you need, and where you need it to be put. Brighter is generally better, but look for lights with good side visibility if you're riding a lot in town. On-road lights tend to have a narrower beam, off-road units a wider spread.

If you're going to be doing a lot of swapping between bikes, consider how easy that's going to be. Are the mounts quick release? Are there lots of wires to deal with?

How regularly will I use the light, and how long per day?
If your commute is an hour and your light gives out after 50 minutes then you're in trouble. If it has a proprietary charger rather than batteries or a USB charge option, then it needs to last to where you're going and back again. Think about when you'll recharge the light and how long that will take.

Many lights have low-power options that will extend battery life, so it's important to work out if these will give you enough output for certain sections of your ride. Many lights have fuel gauge displays to let you know the state of the battery, these can be very useful if you ride regularly and aren't good at remembering to charge your lights.

What conditions will I use the light in?
If you're riding every day, come what may, your lights will take a beating. They're very exposed to rain and spray at the front of your bike. Generally the more expensive lights are better constructed with more effective seals, so spend as much as you can afford. If you think you might break your lights from using them in all conditions, check what the warranty is like.

The gamut of glare

Okay, so you've got to buy some lights. What kind of lights do you need? here's a quick run down of the basic types you can get your hands on, and who they're aimed at. 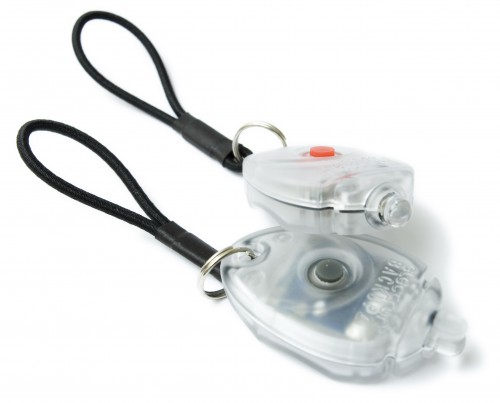 small enough to leave in your bag for when you need them, emergency lights normally attach with a stretchy band to the bars or frame and are powered by button cells. They don't put out a great deal of light but as an get-you-home solution if you get caught out or your main lights fail, they're a lot better than nothing.
Try: Cateye Loop Lights, Electron Backupz, Knog Frog The next step up is a bar/frame-mounted flasher. Most of these are capable of putting out a steady beam too. They're a bit bigger and sturdier than an emergency light, and they generally take AAA batteries which last for ages. You can pick them up cheap so they can be better value all round – in terms of buying and running – than emergency lights. Nearly all rear lights fall into this category.
Try: Cateye TL-LD170, Blackburn Flea, Niterider Cherry Bomb, Blackburn Voyager Click There's lots and lots of choice when it comes to torch-style front lights. Powered either by AA/AAA cells or a rechargeable battery pack, they tend to put out a bit more light: if your riding takes you anywhere you need to see – rather than just be seen – you'll need at least one of these. Often manufacturers will bundle a torch-style front light with a rear flasher, seeing to both ends of your bike and scoring you a bit of a discount in the process. Rechargeable units often come with a mains adaptor but USB chargers are becoming increasingly common, allowing you to juice up your light at your desk.
Try: BBB HighFocus 1.5W LED Supernova Airstream, Cateye OptiCube Uno EL-010, Smart Lunar 25 set, RSP Asteri 3 These tend to be characterised by a separate battery pack attached to a smaller head unit that's a lot more powerful than a standard torch. They start at around £50 but you can pay the best part of a grand for the really high end stuff. If you want to go out and train after dark on the lanes, or venture off-road, then a rechargeable set is probably your best bet.
Try: Cateye Nano Shot Exposure Strada Mk 3 Lumicycle System 4, Niterider MiNewt 600 Cordless, Light & Motion Vega If you want your lights to be a permanent fixture and never worry about batteries then you can't do better than a dynamo. Hub dynamos are the pick for low maintenance and decent output; most will supply 2.4-3W which is plenty for a bright light front and rear. Pick a system that stores some of the energy from the dynamo so you don't go dark when you're stopped at the traffic lights.

Another way to run a light from dynamo power is to use a USB system like Tout Terrain's Plug and a light that's USB-chargeable; many lights can be charged this way nowadays.
Try: Supernova E3 Fitting a light to your helmet means you can point the beam where you want it, making the light a lot more useful. Some of the smaller rechargeable systems come with a helmet mount, or you could go for a more general use headband-type light and ziptie it on.
Try: Light & Motion Vis 360, Silva L1