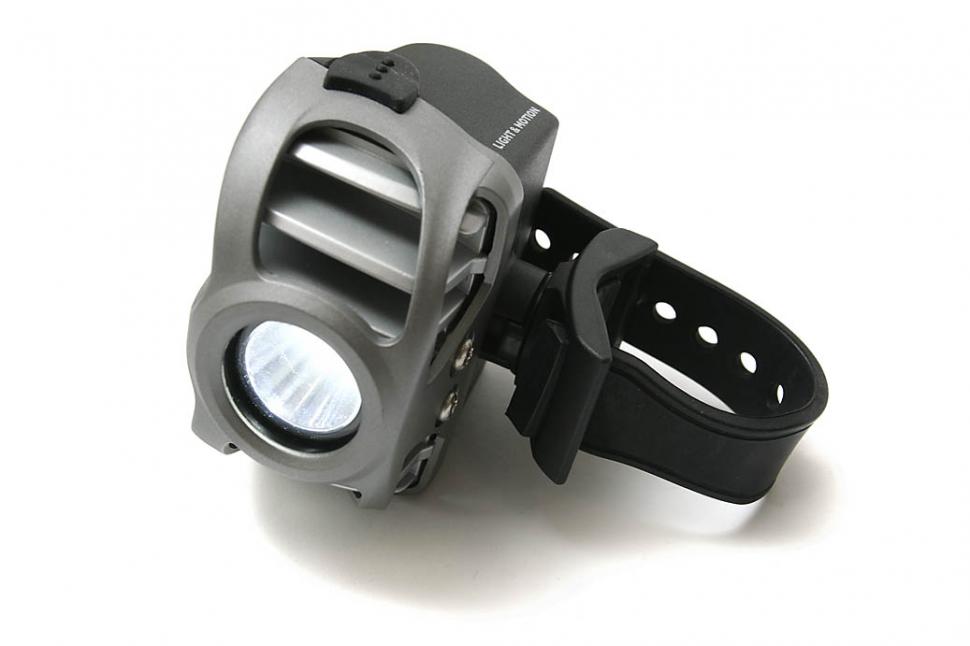 7
10
Good light but the tight beam is best suited to urban environments
Weight:
0g
Contact:
www.madison.co.uk
How we test

Light and Motion make some pretty serious lights and the Vega 120 is the latest evolution of their original groundbreaking Vega. It's an unusual looking piece of kit, with beefy looking cooling fins sitting at the front of a wide case. It's distinctive, if not elegant, and looks like it should survive the rough and tumble of the urban jungle. The neat rubber strap bracket, another beefy looking component, makes it easy to remove and fits pretty much any size of bar.

But no-one buys lights for their looks, it's all about the lumens and with the Vega 120, the clue is in the name. 120 lumens doesn't sound like much these days, what with high-end LED systems kicking out close to 1000, but this is a commuter light, not an expensive night-to-day conversion kit for adrenalin junkies. The 120 sacrifices all-out power for convenience and simplicity but you still get a pretty hefty whack of light from the deep set reflector although it's easy to outrun the beam on fast descents.

The light it kicks out has the typical bluey-grey tinge which characterises most LED systems and comes in a very tightly focused beam. You get a bright centre spot surrounded by a less bright halo. Outside of that halo, nothing. Zip. Nada. That's fine on a regular commute with street lighting, or on a long straight road, but once you get away from civilisation it's not so great. I took it out into the country lanes and the lack of spill was very noticeable. Bends remained dark until the bike was pointing right into them and the hedges beside me were wreathed in impenetrable blackness. For comparison I rode with a Lumicycle 12w spot system which not only gives you a good central spot but also bathes everything around you in a golden glow. 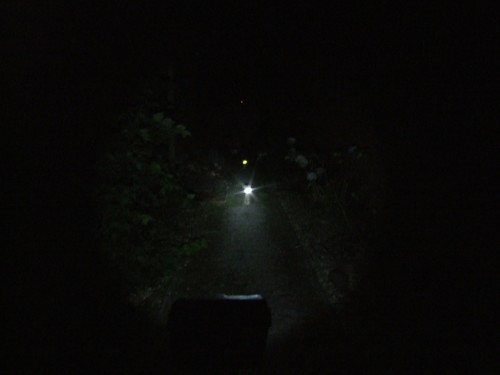 Although the LED is bang up to the minute, the rest of the tech is a little more old fashioned. NiMH cells, rather than Li-ion, and an overnight trickle charger instead of a rapid smart charger. It all works though, but you'll need to get into a good charging regime to avoid cooking the batteries. You don't get any alternative lighting modes either, just on/off. A flashing mode or a power saving mode for well-lit roads would have been welcome as would a run-time indicator.

L&M quote a runtime of 2 hours for this light. Ours ran for nearly half an hour longer than that, which is both impressive and reassuring. The Stella 120 we tested last year also ran way over it's quoted time which suggest that Light and Motion err on the side of caution with their runtimes. Either that or they use a very slow stopwatch.

It's a nice light, very well made and with a good runtime, but the tight beam limits it's appeal if your commute goes down unlit lanes. There's no side visibility either, a bit of a flaw in a commuter light because that means it's not BS compliant, which in turn means that technically it's not road legal.

Neat, well-made and easy to use but it's versatility is hampered by the tightly focused beam.

"The Vega 120 is a rugged powerful all-in-one commuter light."

It's certainly rugged and you can't argue with it's all-in-oneness.

Fine on town roads but not so great once you get out into country lanes.

The weakest point is likely to be the four NiMH cells it runs on and as the unit isn't user-servicable, that might be a worry. Light & Motion offer a one year limited warranty on this light.

The payoff for the convenience of an all-inclusive light is extra weight on your bars or helmet and the Vega feels quite chunky.

It's a quality item and not overpriced, especially if you can get it discounted.

As a commuter light on regular roads it was fine.

Did you enjoy using the product? Mostly

Would you consider buying the product? Probably not, my commute does take in country lanes

Would you recommend the product to a friend? Depends what they wanted it for

It's sort of stuck half way between a being seen light and a reasonable light for seeing by.

Well-made, sleek and robust be-seen light – but it costs more than some night-time riding lights