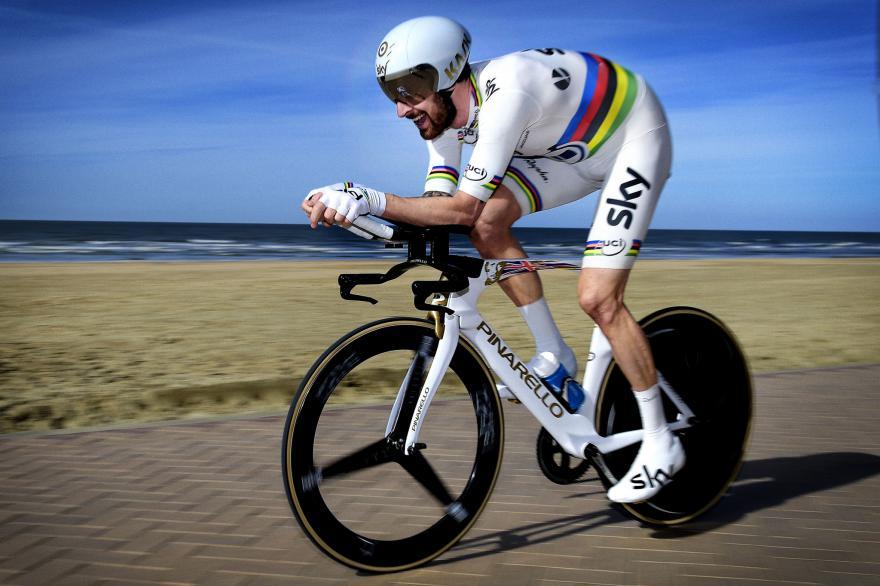 What has Team Sky ever done for you?

9 years ago Team Sky turned up with a fat budget and a fancy bus and started winning, but what have they done for you and me?
by David Arthur @davearthur

As Team Sky is set to draw to a close at the end of the year, we take a moment to ponder what the team has ever done for you. Team Sky’s legacy will be off turning Britain into one of the most successful cycling nations in recent history, being the envy of the cycling world and making marginal gains part of common cycling language.

Team Sky, along with the success of British Cycling it should be added, has helped to bring cycling to a much wider audience and has inspired a new generation of cyclists.

Cycling is the new golf was a term widely bandied around a few years ago and points to MAMILS obsessed with replicating Wiggo and co with business professionals swapping clubs for pedals. That certainly accounts for a lot of the uptake in cycling. But away from that trend, it’s clear that the success is helping to inspire a whole new generation of cyclists whether focused on winning or participation. There is an abundance of talent in the junior ranks and women’s races are surging in numbers, and there are more people commuting, though outside of London cycling as transport has been impacted very little by Team Sky’s success.

The question now is will the end of Team Sky be the beginning of the end of this era of cycling success and popularity or will the legacy survive?

Dave Brailsford might not have come up with the term marginal gains but he has certainly made it a key philosophy of the team’s approach to racing since it first arrived in the peloton.

The idea is simple, it’s the aggregation of marginal gains, examining every aspect of everything required for an athlete to perform at the highest level. For Sky it involved buying the best of everything, using special mattresses and pillows at races, colour-coded water bottles and a strict hand washing policy to prevent the spread of illness.

Smoke and mirrors perhaps, and Wiggo came out and said they were "rubbish" last year, but there’s some sound thinking behind it all and it’s clear the idea has stuck with amateur level cyclists as well as other pro-level outfits that have looked to emulate Team Sky’s success. It has helped to make cycling more professional in every aspect of racing, befit of a team with a colossal budget. 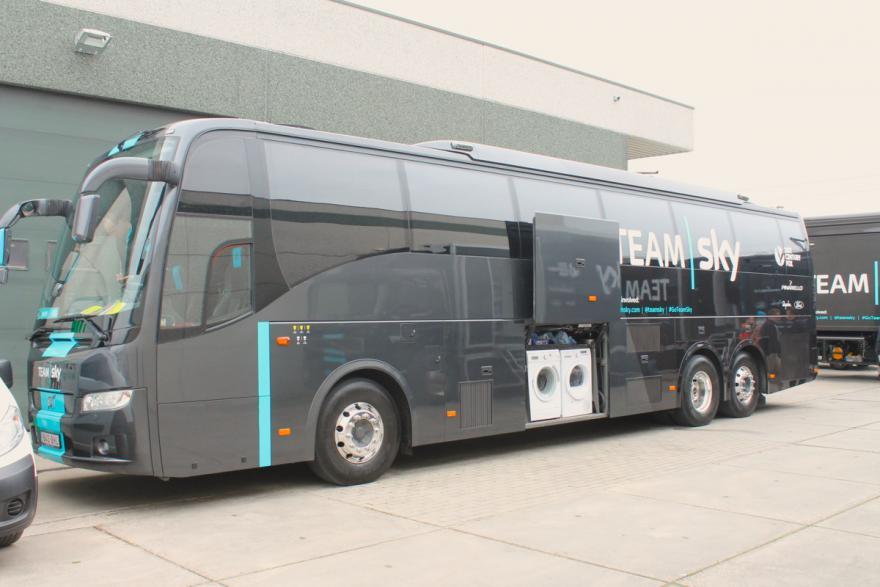 Not all ideas have been well received. Remember the black screens erected around the team bus during pre-race warm-ups? And the Death Star, the name given to the imposing black team bus. And cooling down after stages even it if means delaying the victory ceremony.

But the underlying concept of aggregating all these small performance gains has been pretty well adopted by every other team in the pro peloton.

And amateur cyclists have benefited too, especially racing cyclists. There’s a plethora of information available, so much more compared to 10-20 years ago, and a greater appreciation for the value of bike fits, coaches, training plans and all the preparation that goes on before and after a race.

Marginal gains didn't just focus on the riders themselves it also put an emphasis on providing the very best equipment for the riders to race. Sky has famously been incredibly fussy about components choices, preferring to buy preferred products rather than rely on whatever the sponsor provides. 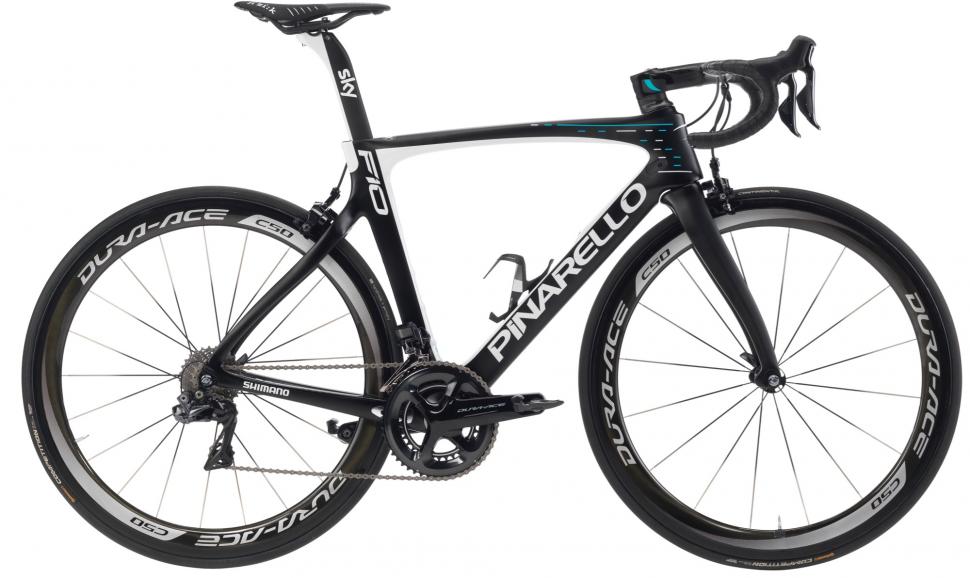 They have worked with bike sponsor Pinarello and enlisted the expertise of car company Jaguar to develop the latest iteration of the Dogma F10 race bike to hone the aerodynamics and all-round performance. It has developed helmets with Kask and worked with Muc-Off to develop specific lubes, all in that quest for marginal gains.

Sky has made power meters a key training and racing product (there are now calls by none other than Tour de France organiser Christian Prudhomme to ban them) they also developed custom 3D printed aero handlebars for its time trial bikes.

Made Britain a cycling nation in the eyes of the world

Not that they necessarily made us a nation of cyclists but they made us a nation synonymous with success in the sport of cycling in a way we never were before. Yes, Great Britain has a long and proud cycling history - we did invent the modern bicycle after all - but when it came to winning cycling's big prizes we weren't a player.

Prior to 2010, we had no history of achievements like the French, the Italian, or the Belgians. Now the achievements of British riders in a British team have become part of cycling's history. We've got moments to inspire us in the way other nations have had. Before Sky our achievements in the biggest races amounted to a few stage wins the odd 'day in yellow' and a Tour King of the Mountains jersey (and yes, Chris Froome won that too in 2015 along with the yellow jersey).

While cycling in the 20th century might have belonged to the French, Belgians and Italians there's a fair argument for saying that 21st century cycling has belonged to GB. And that's thanks to Team Sky.

Made it okay to wear pro team kit

Okay, contentious one this I know, but Team Sky made it okay to wear pro team kit if you’re not a sponsored pro rider. There are a lot of strange written and unwritten rules in cycling, and one here in the UK is that it’s not cool for amateur cyclists to wear pro team kit if they’re not sponsored by said team (the opposite is true over on the continent). In certain parts of the country it’s not uncommon to see a fair few cyclists proudly cycling around the lanes in a black Team Sky jersey, and is that really such a bad thing surely it's just the cycling equivalent of football fans walking around in their favourite team's kit?

Growing up watching Armstrong and Ullrich slog it out every summer I never imagined I'd one day be watching a British Tour de France winner.

Team Sky launched in 2010 with the lofty aiming of delivering the first British winner of the Tour de France. Many people scoffed at the ambitious target, but smiles were wiped off those faces a few years later when Bradley Wiggins went down in history as the first Brit to win the French stage race.

And to prove it wasn’t a fluke, Chris Froome and Geraint Thomas have added the Union Flag to the roster of winners another five times.

It’s not all rosy, there’s a lot of baggage…

For a team that set out with the bold pledge towards anti-doping and to race clean, to close out its tenure mired in doping allegations, from TUE leaks, salbutamol investigation and the ongoing Richard Freeman jiffy bag saga… and it’s currently pursuing a new sponsor to replace Sky at the end of 2019.