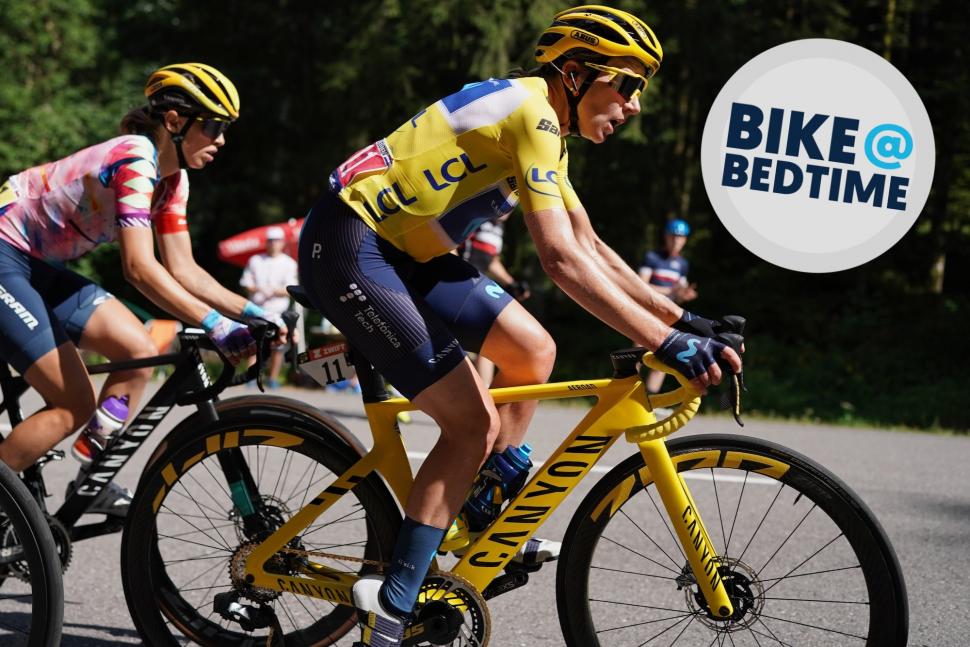 Dutch rider Annemiek van Vleuten won the final stage of the Tour de France Femmes on Sunday to secure the overall race victory, and here (above) is the Canyon Aeroad CFR that she rode.

Well, kind of. Van Vleuten took the race lead on Stage 7, so her sponsors presented her with a yellow bike – to match her race leader’s yellow jersey, of course – for the final stage. It's traditional, isn't it?

Van Vleuten started the final stage on the yellow bike – complete with yellow bar tape, wheel and groupset decals, and even a yellow chain. However, she switched bikes several times during the stage – both planned and as a result of a mechanical issue – and finished up on her usual bike with a few yellow details. 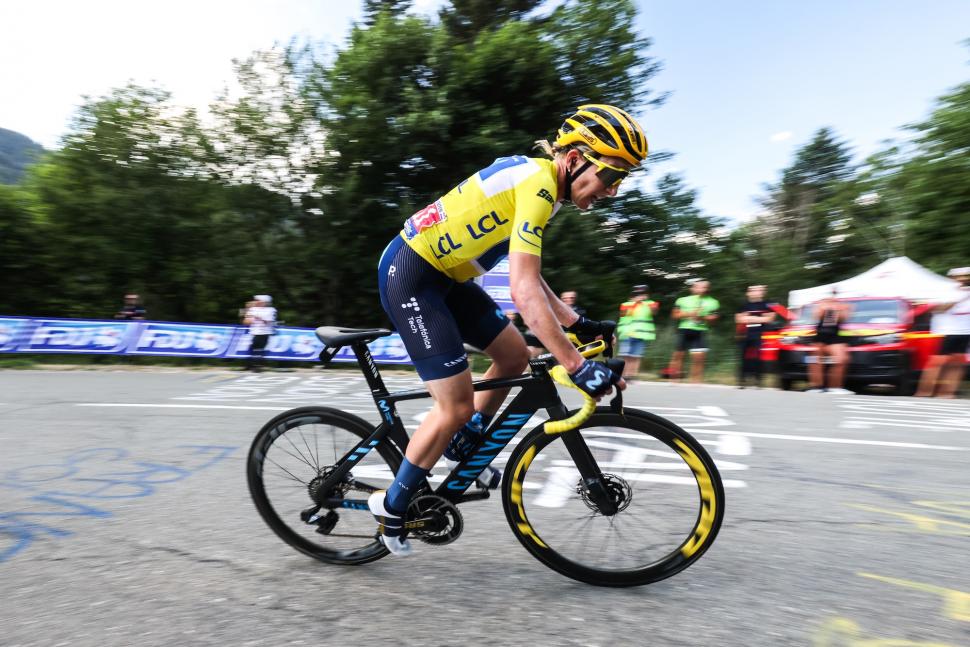 Why the planned change? Weight. No, seriously, that’s straight from Movistar Team. Van Vleuten normally rides a black Canyon Aeroad CFR with blue decals (below) rather than Movistar’s usual black, blue and white finish to save weight.

How much weight does paintwork add? When we visited Orro bikes last week, we were told that a yet-to-be-released lightweight frame (sssh! It's a secret) will be matt black because painting it would add about 80g.

That might not sound much but a Canyon Aeroad CFR frame has a claimed weight of 915g (for a size medium; Van Vleuten rides an XS so it’ll be a little lighter than that) and the fork is said to be 425g.

Adding 80g – maybe more – of paint is proportionately quite large. Increasing weight is fine if it’s improving the performance in some way but a yellow paint job isn’t going to make the bike any quicker – hence Van Vleuten and Movistar decided it had to go before the stage started hotting up. Pro riders and their teams obsess over details like this. 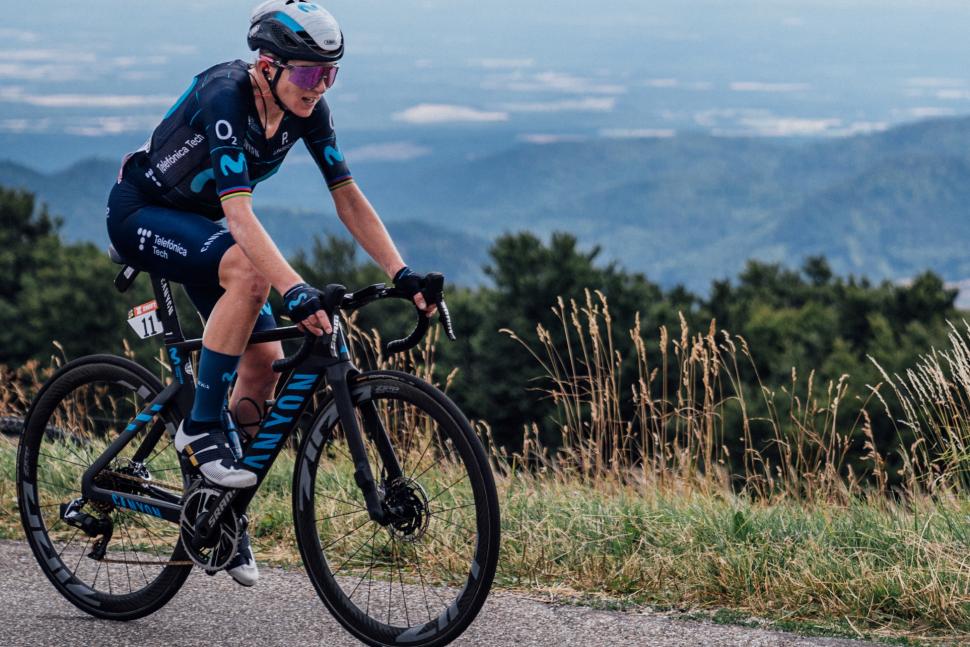 Van Vleuten used her aero Canyon Aeroad CFR throughout the Tour de France Femmes rather than going for the lighter Ultimate. We all know that there’s a new Ultimate on the way because both the Movistar men’s and women’s teams have raced on it. However, Van Vleuten preferred the aero credentials of the Aeroad CFR.

This bike was designed with aero specialist Swiss Side. During the development process, they split the bike into key areas – such as the head tube, down tube, and fork – and designed each using CFD (computational fluid dynamics).

Once the fastest forms were determined, they were taken to the GST wind tunnel in Germany for validation. Canyon and Swiss Side engineers created a steel frame to which 3D-printed parts could be attached, allowing them to test a large number of samples and configurations efficiently.

Of course, factors like weight, stiffness, ergonomics, handling and comfort also help to determine a bike’s overall performance, and the engineers had to take all of those things into account.

The bike features Canyon’s proprietary seat post and the CP0018 cockpit that keeps the cables out of the wind. Van Vleuten usually opts for just an 80mm stem length and typically uses 38cm bars, although the CP0018 cockpit can be set to three positions: 37cm, 39cm or 41cm.

Are you a fan of Van Vleuten's bike? Or would you rather have an Ultimate? Let us know in the comments below...