Coffee & Ride with komoot: Ryan’s daunting yet delightful day in the Dromara Hills

This month’s route features lots of stunning steep and quiet climbs, ferociously fast descents, delicious bakes, and the odd Marian apparition – what more could you possibly want?
by Ryan Mallon

This article includes paid promotion on behalf of Komoot

This month’s instalment of Coffee & Ride with komoot, where we bring you our favourite bike-friendly cafes and the routes based around them, sees the series venture to Northern Ireland for the first time (yes, we even made it to the south of France before crossing the Irish Sea). But we’ve made up for lost time with a cracking route that takes you deep into the beautifully tranquil Dromara Hills in the heart of Co. Down. Just remember to pack your climbing legs…

As I turn away from my computer and peer out the window of my home office, the skyline is dominated by Slieve Croob: the crown jewel of the Dromara Hills, the source of the river Lagan that flows into the Irish Sea at Belfast Lough, and my all-time favourite cycling stomping ground.

As a cycling-mad teenager obsessed with the sport’s ethereal climbers such as Marco Pantani and Mauricio Soler (remember him?), I was constantly drawn to Croob’s looming presence above the rolling countryside and the fearsome road – the infamously steep Dree Hill – that leads towards the mountain’s mast-laden summit. Many years and pounds later, I don’t venture as often as I used to into the surrounding hills, with their constant gradient changes and spectacular scenery that offer a gateway to the higher, more rugged Mourne Mountains further south. But when I do, they still provide that coveted few hours of magical solitude, when it seems that you only have the rolling fields, the odd sheep, and the increasingly loud screaming in your legs for company.

And after hauling yourself up the last pesky incline, you’ll have definitely earned a coffee and a traybake back in the relative flatlands of Ballynahinch, where you can park up at one of my favourite post-ride haunts, the bike-friendly café-cum-garden centre Blue Cedar, for a spot of lunch and a homemade bun.

At just over 40 miles, the route I’ve chosen is basically a modified, shorter version of the popular Dromara Hilly leisure ride and its big brother, the Mourne Sportive, a mainstay of the Northern Irish cycling summer that I’ve participated in countless times, and which certainly lives up to its billing (check out the popular YouTube videos of riders struggling to even stay on their bikes up the sportive’s ridiculously steep opening climb, the Cornmill – which, mercifully, I’ve decided to skip on this occasion).

So, if you haven’t guessed already, it’s going to be a tough enough day in the saddle.

I’ve chosen the market town of Ballynahinch, located right in the heart of Co. Down, as the starting point for our route. A meeting spot for many a weekend club run – as well as the site of one of the key battles of the United Irishmen rebellion of 1798 – the town is in spitting distance of the route’s key hills (as well as lots of rolling and flat roads, if you’re interested in that sort of thing). It’s also where I live, so there’s that too. Leaving Ballynahinch, waving at Casa Mallon as you go, you first make your way out past the tranquil Spa Lake. A quick look to your right as you pass the lake (the start and finish line of a local ten-mile time trial) and you can spot your toughest test of the day waiting ominously in the not-so-far distance, before swiftly turning off right into the foothills for a pretty stern introduction to the day’s climbing.

Here, the lovely, quiet rural roads go up and down all the time, constantly forcing you to change gear and rise from the saddle. The undulating nature of this early terrain makes for a really enjoyable ride, with the added bonus of some spectacular green scenery to take in on the slower sections. 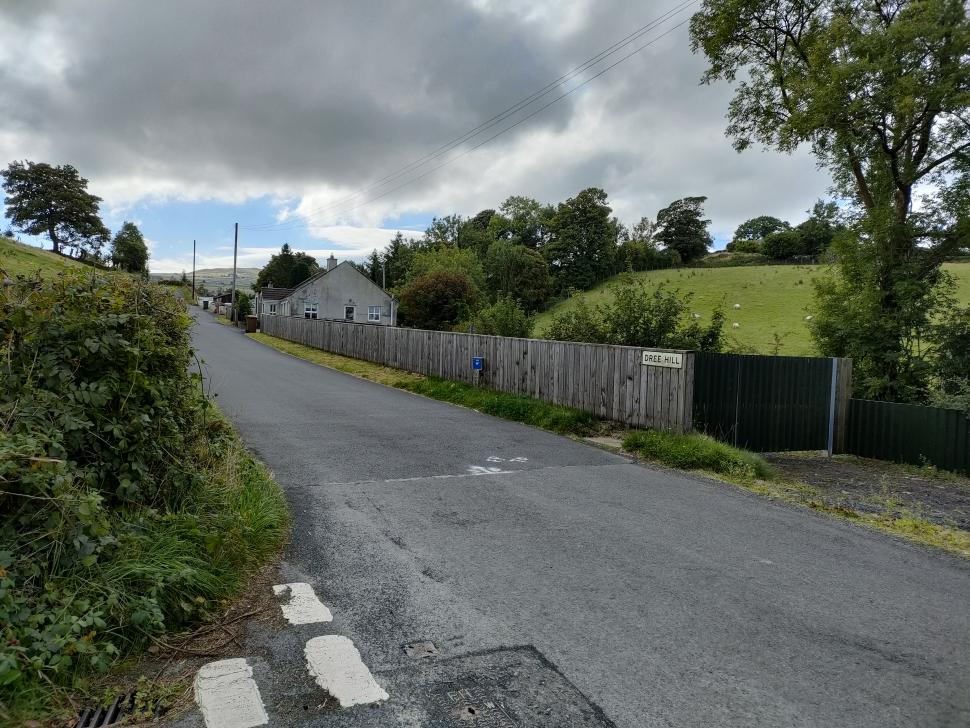 A fast, fun descent will then take you right to the foot of the day’s main course: Dree Hill. The high point of the Dromara Hills and possibly my favourite all-time climb (sorry, Sa Calobra), Dree is just over two miles long and never seems to get any easier. It’s horribly irregular, it kicks off with a string of short, spiteful ramps reaching 17 percent, the road surface isn’t great – though some parts of it have recently been re-laid, which does wonders for the legs – and there’s an absolutely brutal, morale-destroying 12 percent straight section situated slap bang in the middle of the climb.

Its toughness is legendary. Years ago, I asked one of my clubmates, a veteran of the Tour of the North stage race – a frequent visitor to Dree Hill – what it was like, sprinting up the climb in the middle of a charging peloton. “I don’t know,” came the reply. “I usually black out.” Once you turn the corner (literally and metaphorically) at the top of that aforementioned killer straight section, the road eases off – slightly – and you can start to take in the picturesque views towards the summit, stretching all the way from Belfast to the coast and the stunning Mourne Mountains.

If you’re feeling particularly daring, you can then emulate a local hill climb and head off-road up the private tarmac and towards Slieve Croob’s summit. Just watch out for any particularly competitive sheep on the way up and down. After cresting the summit on your right, a fast descent, a left turn, and another quick downhill then takes you sharply onto the next test of the day (unless, of course, you fancy stopping to visit the nearby Legananny Dolmen, a 5,000-year-old tripod dolmen used as a funerary site during the Neolithic period).

Following your mid-ride ancient history lesson, another left turn spits you unceremoniously onto the brilliantly named Windy Gap – a steep, grippy climb that ascends in ever-worsening steps to the summit. Once you’ve wrestled your bike up that last brutal ramp, you’ll come across a shrine to the Virgin Mary (in case you needed a reminder of which island you’re on), who purportedly appeared to 150 people on the hill in 1954. I’m not sure if she rode her bike to the top, however. 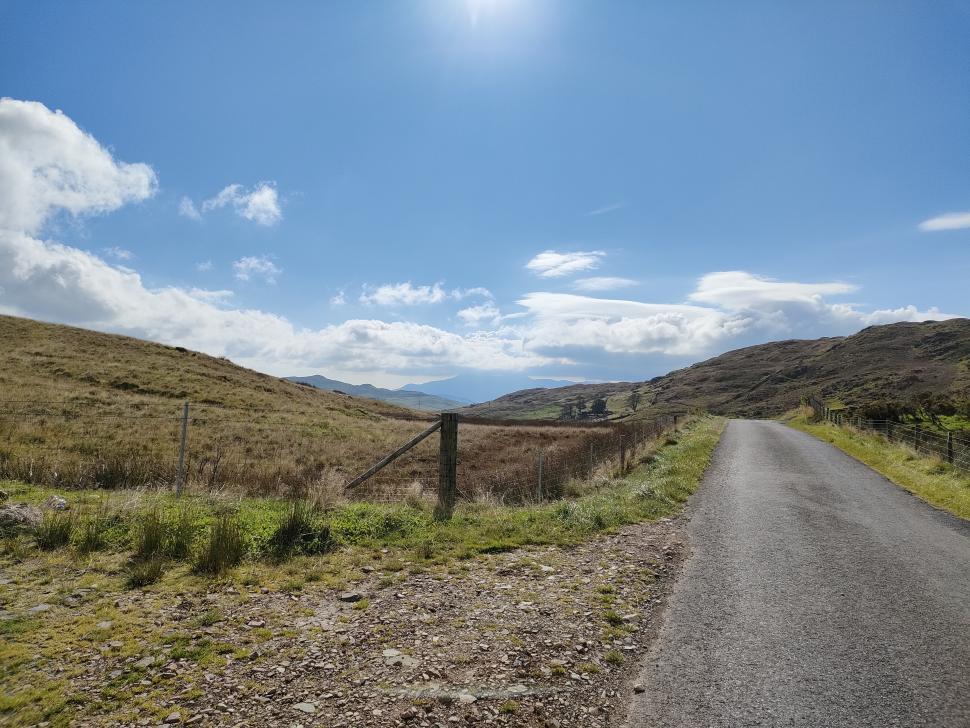 You’ll be thankful that you completed that last decade of the Rosary when you crest the Windy Gap’s cliff edge-like summit, straight into a properly rapid descent which flirts with the wrong side of danger and allows you to reach some scary speeds.

That rollercoaster-esque drop-off takes you into the small village of Leitrim, where if you fancy a few more miles and yet more hills, you can turn right at the crossroads and head south into the Mourne Mountains, and the popular climb to Spelga Dam and its famous super steep s-bend.

Or you can do what I did, and turn left, past the GAA club that hosts the Dromara Hilly’s tea stop and towards the southern side of Slieve Croob, on a narrow, rural road punctuated with diverting views of the Mourne Mountains and the coast to your right. 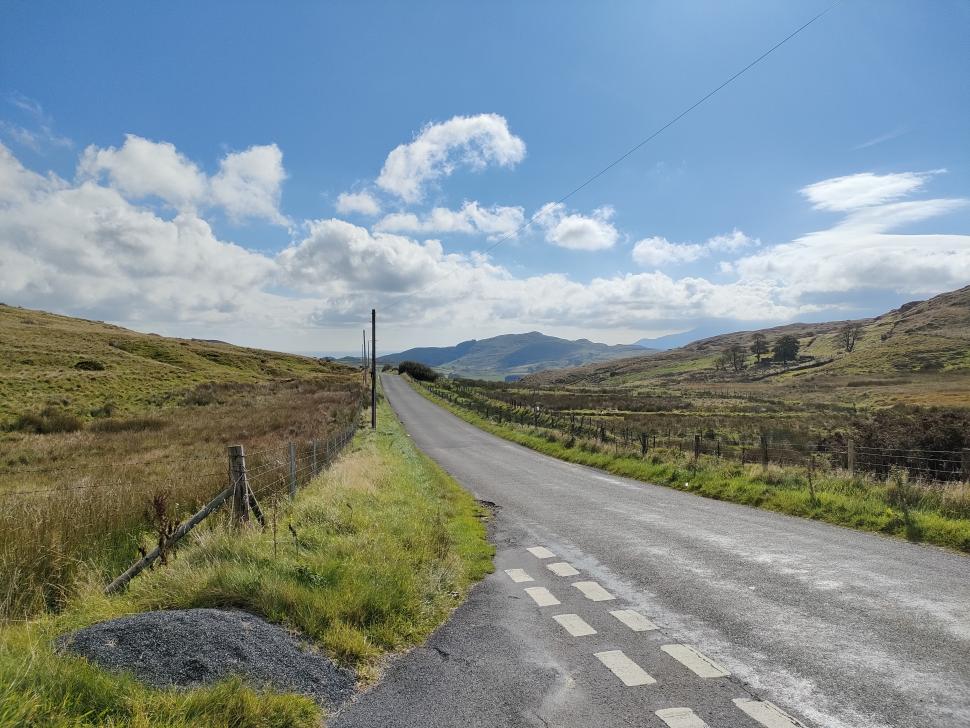 After a tough section that hangs around six and eight percent for what feels like an eternity, you then turn left for a brief foray onto the long, uneven climb back to the summit of Slieve Croob, before yet another left onto the kind of rural roads that make the previous narrow climbs seem like the M1. After a few miles on these sapping but enjoyable back roads, you can then finally switch to the big ring for the run-in to Dromara village and the final few miles back to Ballynahinch, where you can grab that well-earned lunch and coffee. 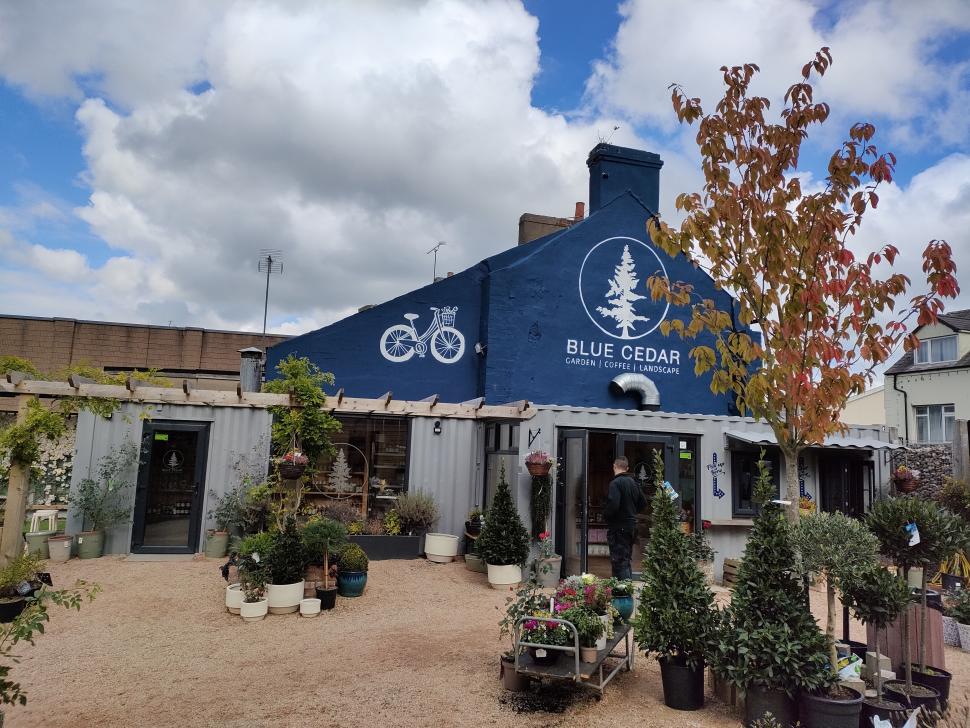 One of my favourite local cafés, both at the end of a long ride and during a much-needed break from the road.cc news desk, Blue Cedar is located right in the centre of Ballynahinch and, despite only being founded in 2019, has already established itself as a popular haunt for local cycling clubs.

A modern shipping container and wooden hut-dominated space that also operates as a garden centre, it has plentiful covered outdoor seating – perfect for that coveted end-of-spin natter – and a range of rather delicious baked goods and lunch options. And if you happen to have a dog accompanying you on your ride, they also do ‘pup cups’ for your hungry canine companion.

After my energy-sapping morning in the hills, their pulled pork wrap and chocolate orange blondie combo (not at the same time, I may add) hit the spot. Though, if I’m honest, I could spend all day choosing between the vast array of traybakes on offer (a rather decadent salted caramel M&M-inspired take on the humble caramel square caught my eye earlier this week…). The owners, siblings Alex and William Getty, tell me that they’re also looking into getting some bike stands soon, to accommodate the increasing number of visiting cyclists. And there’s even a bike painted on the café’s building – what more could you want after a long day slogging up impossible gradients?

Not in Northern Ireland? Check out our collection of cafe rides on komoot