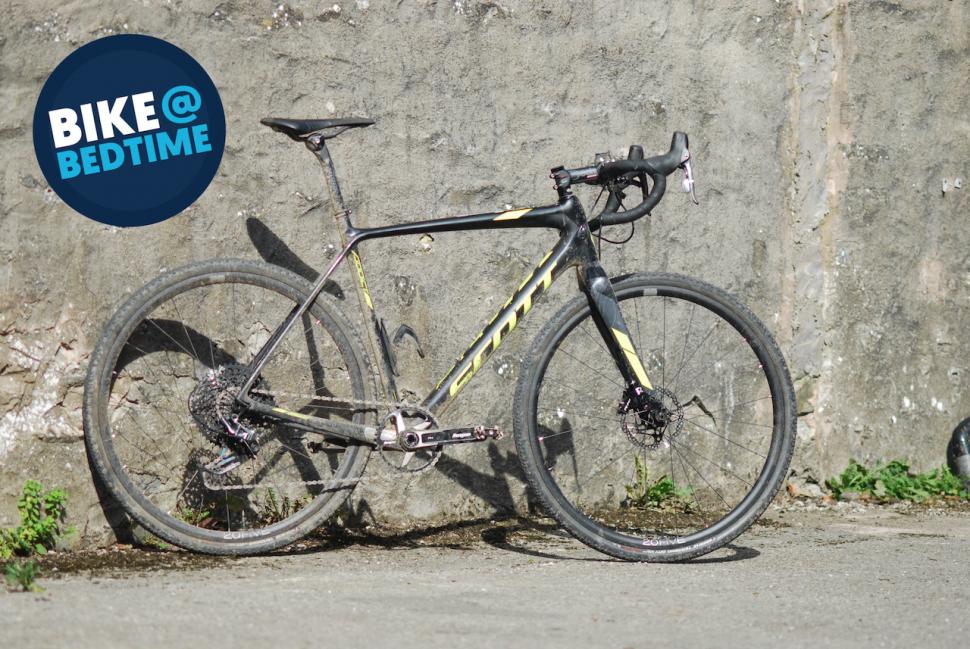 Rob Jebb of Hope Factory Racing won the classic Yorkshire Three Peaks Cyclocross race on Sunday for the 13th time – yes, the 13th time – and this is the Scott Addict CX that he rode to victory. Rob Jebb first won the event way back in 2000. A lot of bike tech has changed since then.

The world's toughest cyclo-cross race is back: inside the legendary Three Peaks

The Peaks is renowned for its category-defying route. It’s three-times longer than a traditional cyclocross race, rougher than any gravel race, and has long sections of grassy, pathless riding. 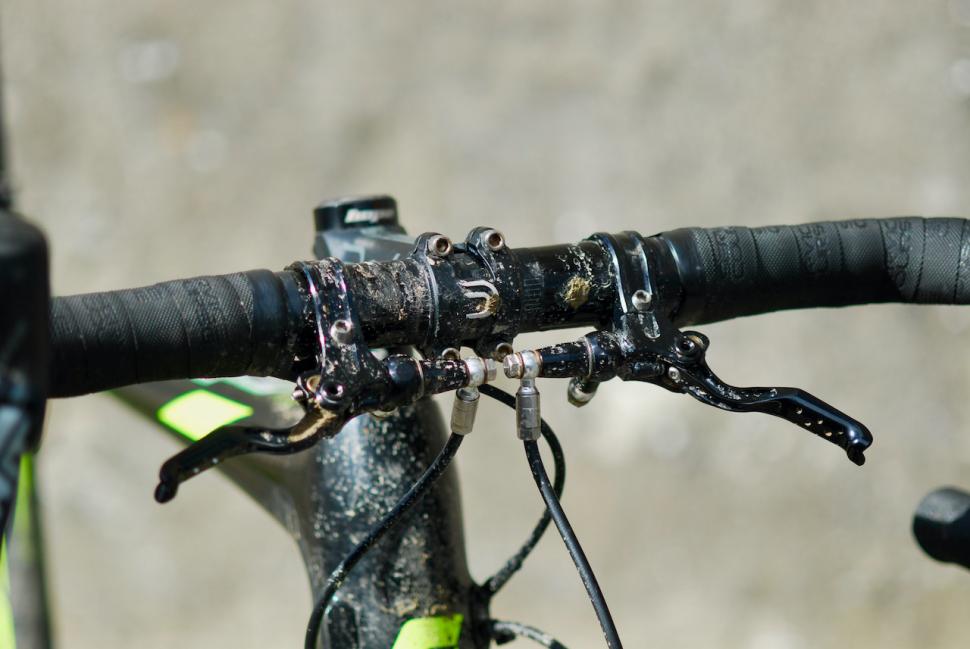 As you’d probably expect, virtually everyone was using disc brakes at the 2022 edition of the race, but less common were the factory-only hydraulic cross tops run by Rob and other Hope Factory riders. While many cyclocross racers find the power of modern disc brakes negates the need for levers on the tops, Rob uses these levers almost exclusively on the rough descents of the Peaks. 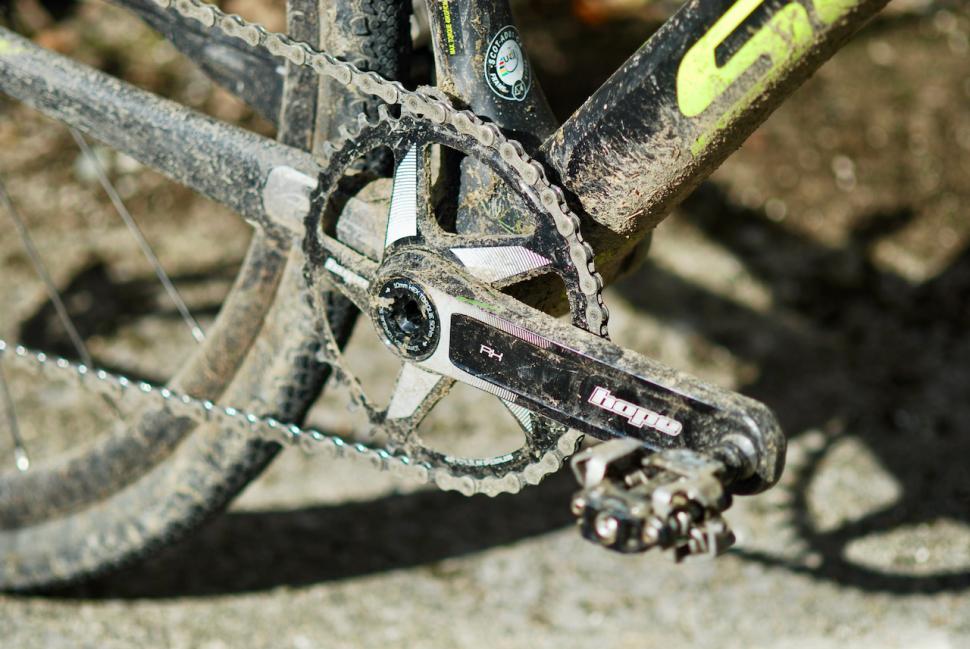 Rob used a SRAM Eagle 10-50t cassette with a direct mount 40t chainring on his Hope RX crankset, giving a 4:1 gear at the big end and a 1:1.2 for the steepest inclines. 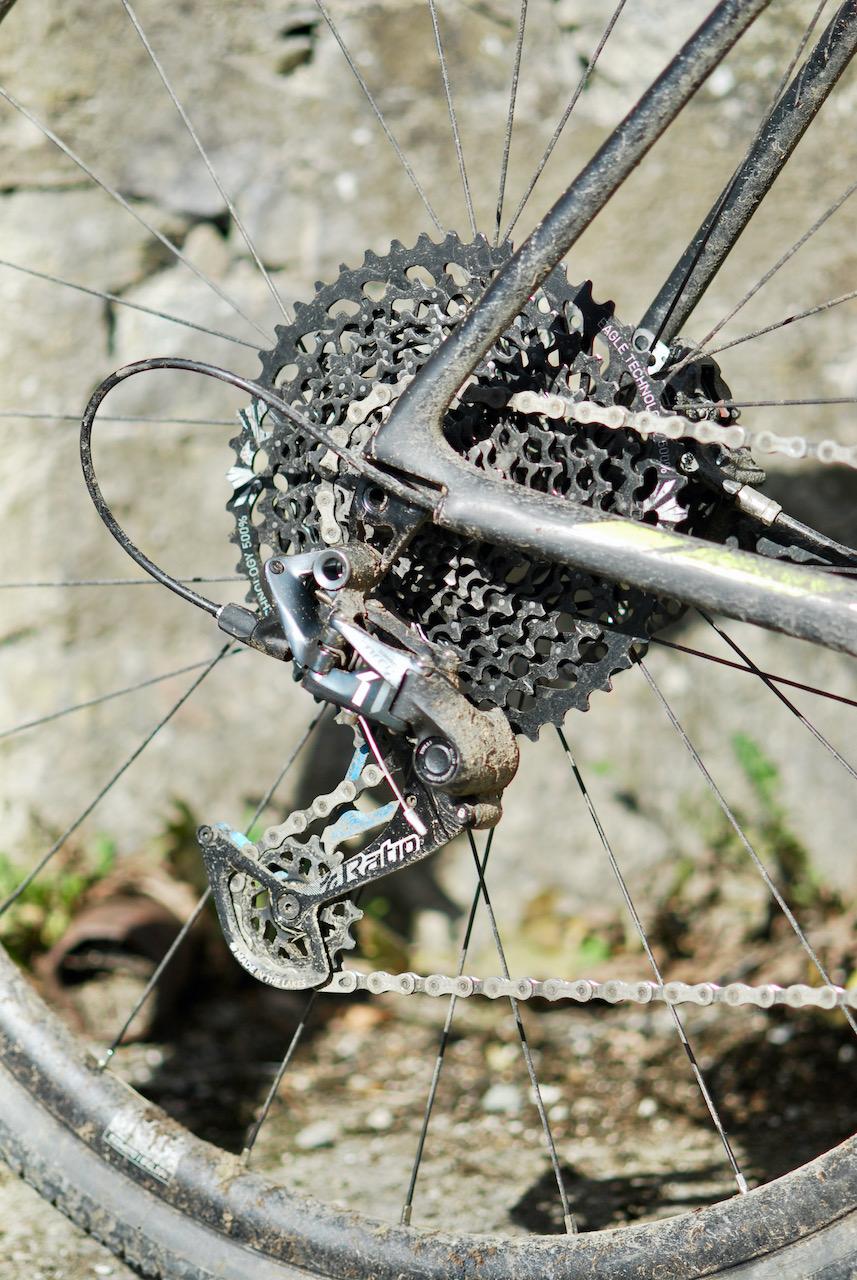 He used a SRAM Force 1 derailleur that can usually work with a maximum sprocket size of 42t, but a new derailleur cage from Ratio Technology allows the use of this big cassette. 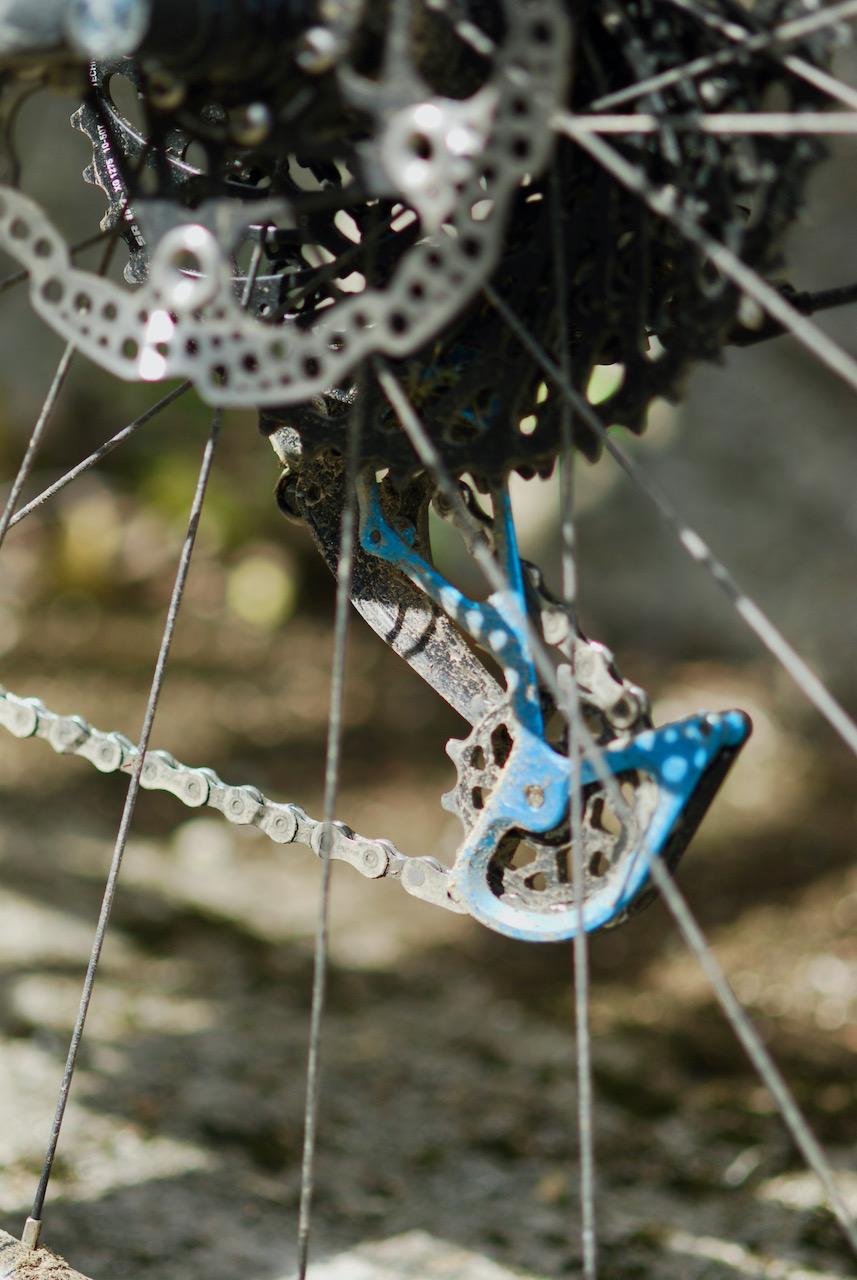 Ratio Technology says this is the lightest way to achieve a 500% drivetrain range thanks to the absence of batteries and motors – an important concern when large sections of the route involve carrying the bike. 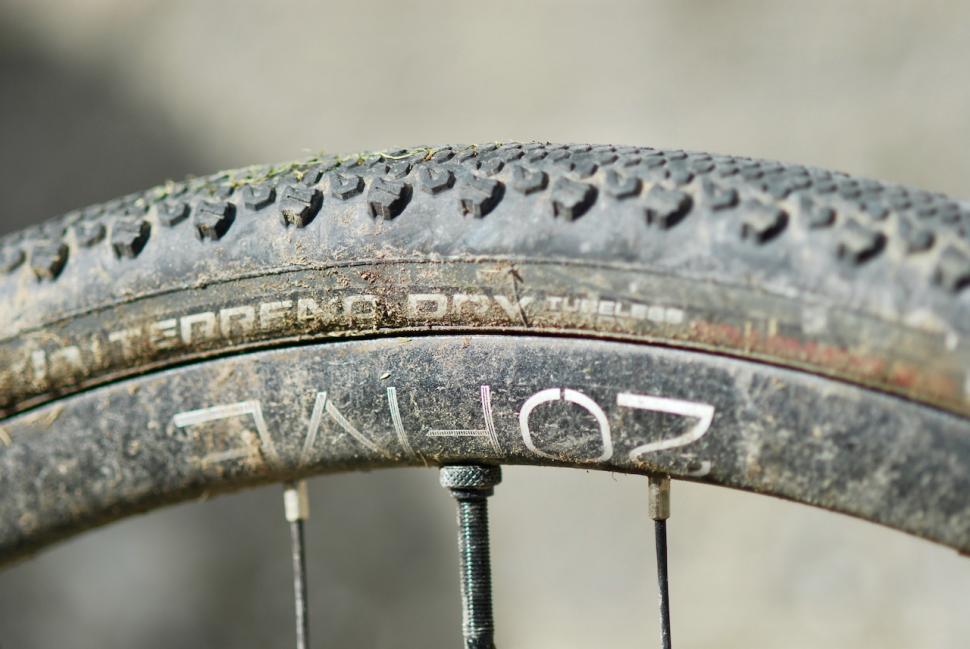 Since Rob and Paul Oldham’s domination of the race in recent years on Schwalbe G Ones, these tyres have become a common choice throughout the field. However, Rob bucked the trend this year, switching to another fast rolling gravel tyre in the Vittoria Terreno Dry 35. Out of sight are Vittoria Air-Liner inserts front and rear, meaning that any punctures wouldn’t be race-ending.

Check out our review of Vittoria Terreno Dry gravel tyres 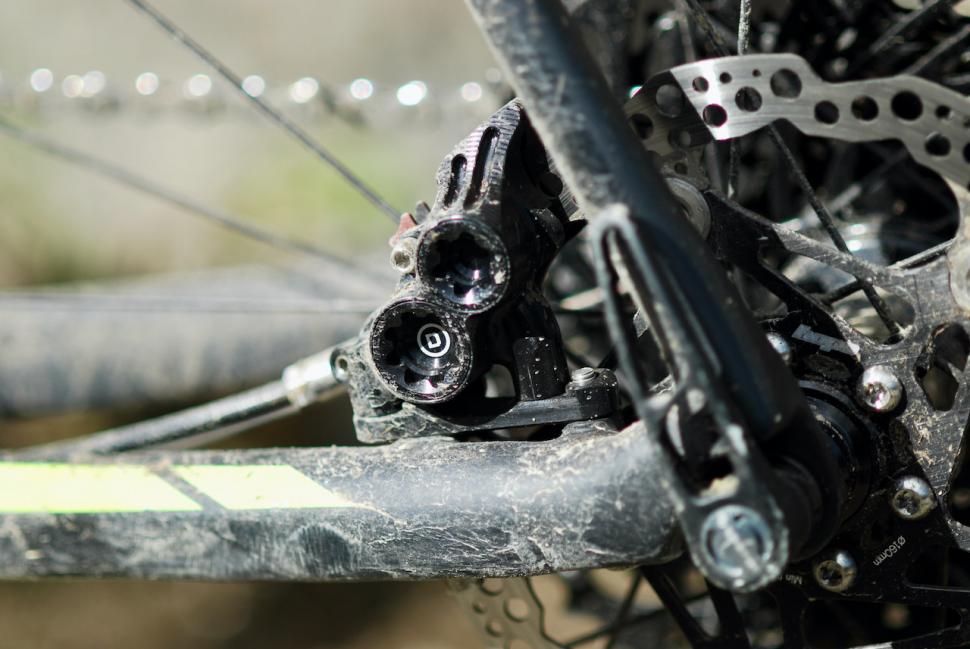 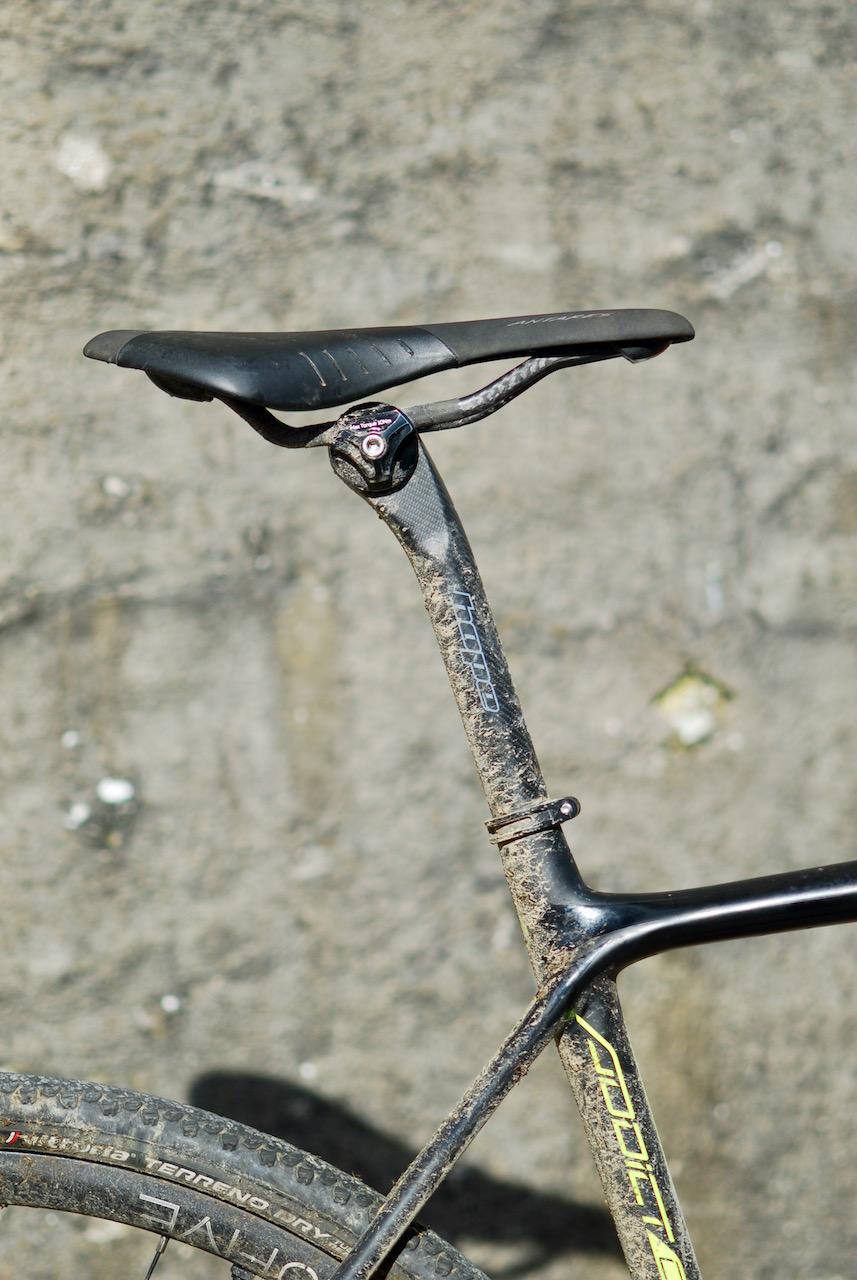 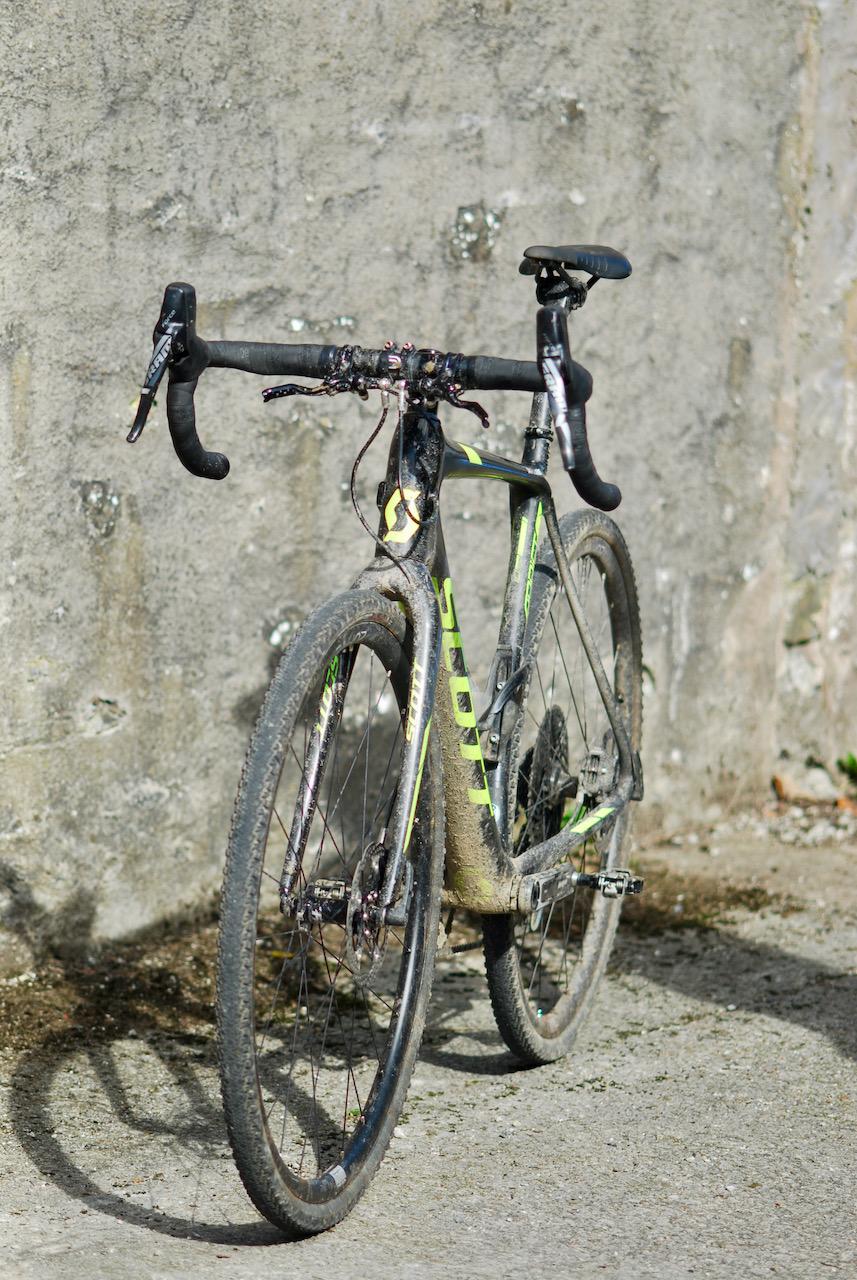 The Addict CX, despite its age – Scott introduced it in the middle of 2015 –  is slack and long by the standards of dedicated cross frames with a 71° head angle in Rob’s large size.

This, combined with a particularly stiff fork and front end, goes some way to explaining the bike’s popularity at the Three Peaks.