Take a look at the Tour de France peloton this year and you’ll notice that there are a fair few teams riding very similar-looking bikes. Specialized sponsors three teams in the race and they all ride the S-Works Tarmac SL7. Here is the TotalEnergies edition.

The TotalEnergies team is one with plenty of history. The origins of the team can be traced back to 1984 with riders such as a young Fignon helping to grow the team before a change of sponsor renamed the team Castorama in 1990. The team has had some sponsors that have become synonymous with professional cycling. Think back to the likes of Bonjour, Bbox Bouygues Telecom and Europcar and you’ll be remembering riders such as Thomas Voeckler and Sylvain Chavanel. 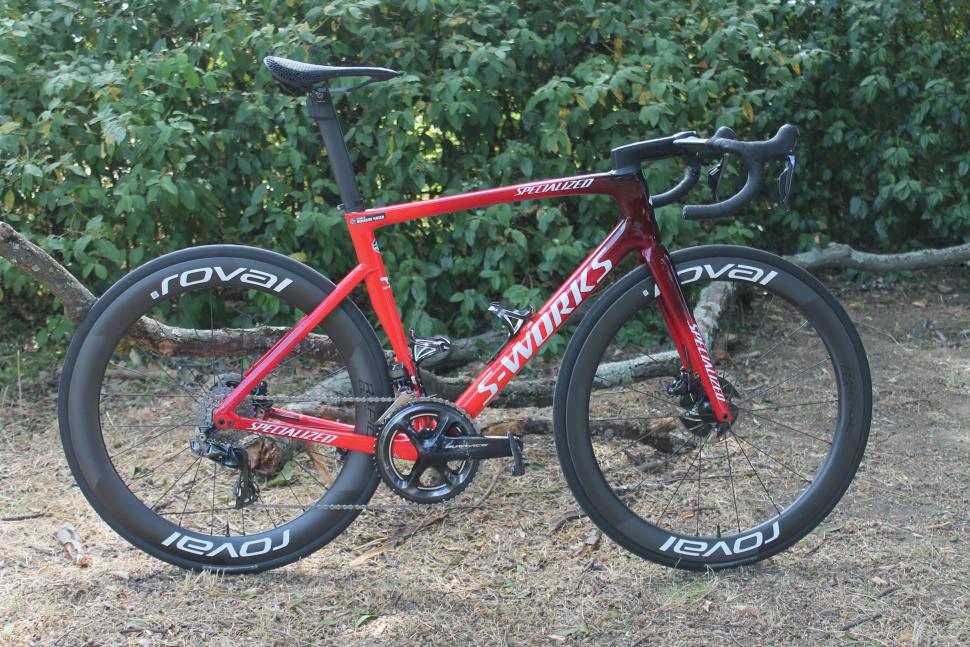 Once Europcar pulled their sponsorship, the team became Direct Energie and is now TotalEnergies. The latest sponsor change has brought the biggest change to the roster with French stars being somewhat ousted by the likes of Sagan, Boasson Hagen and Terpstra.

The signing of Sagan also means a new bike brand. Specialized has followed its Slovakian star and the team is therefore on the S-Works Tarmac SL7. 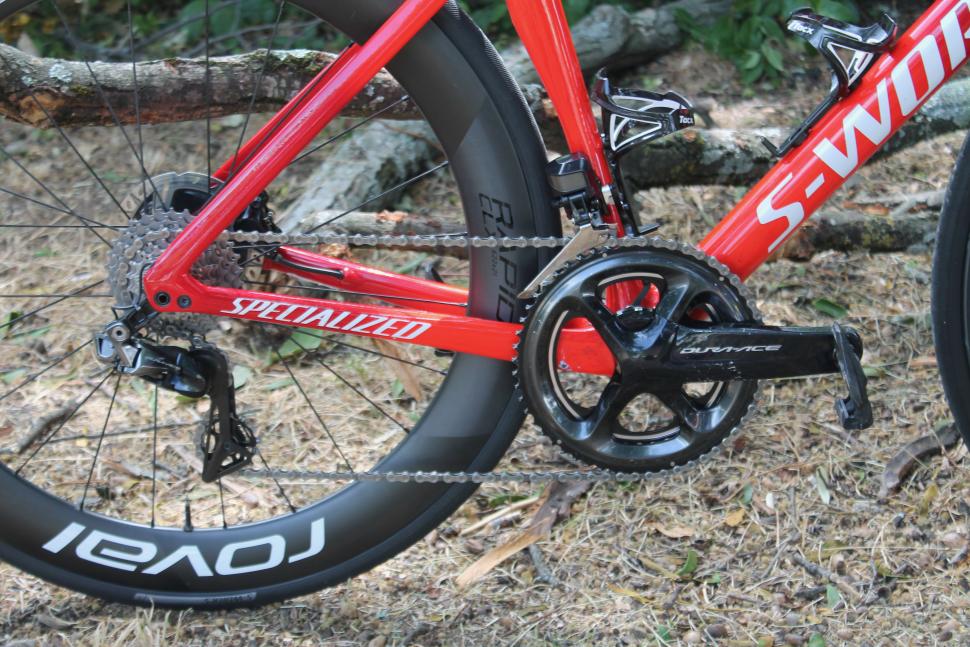 The team uses Shimano Dura-Ace Di2 groupsets, but this isn’t the latest 12-speed model. TotalEnergies is buying the groupsets in, so this is likely to be a cost-saving exercise, but it does afford the riders a little more freedom to use third-party components when they want to. 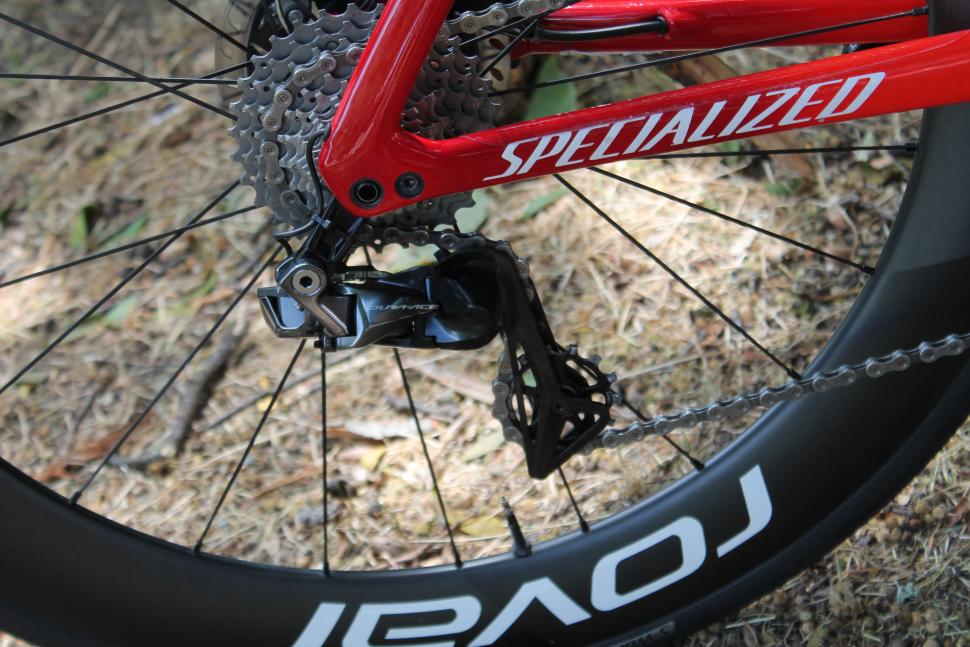 The most notable example of this is can be found at the jockey wheels, which come from Ceramic Speed. Interestingly, the team isn’t using the OSPW system, instead simply using the brand’s jockey wheels. 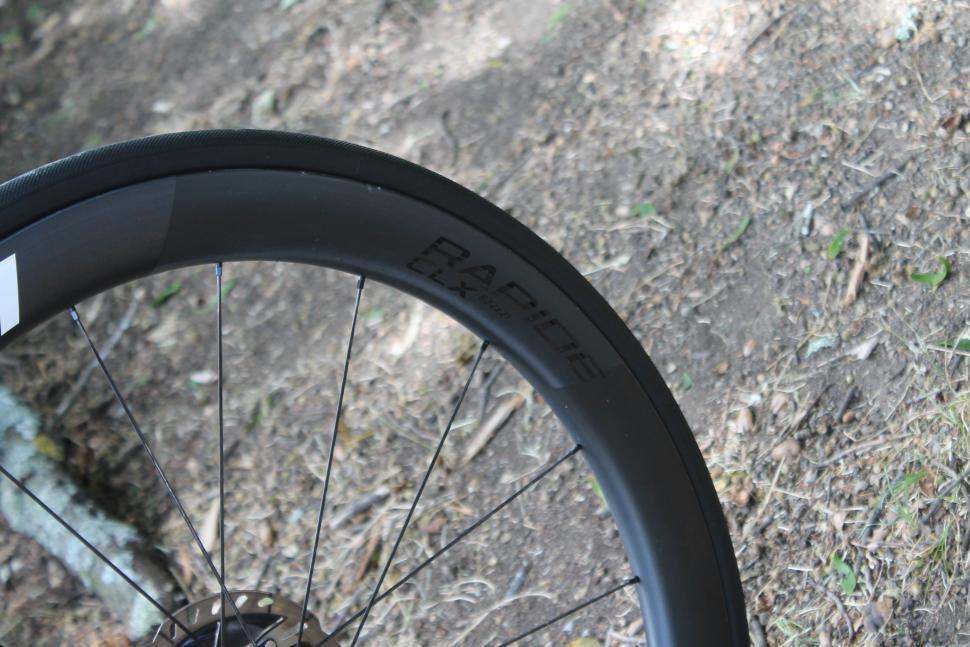 Roval’s Rapide CLX II wheels are used for the faster stages thanks to their aero credentials and mounted to these are as-yet unreleased Specialized tubeless tyres. 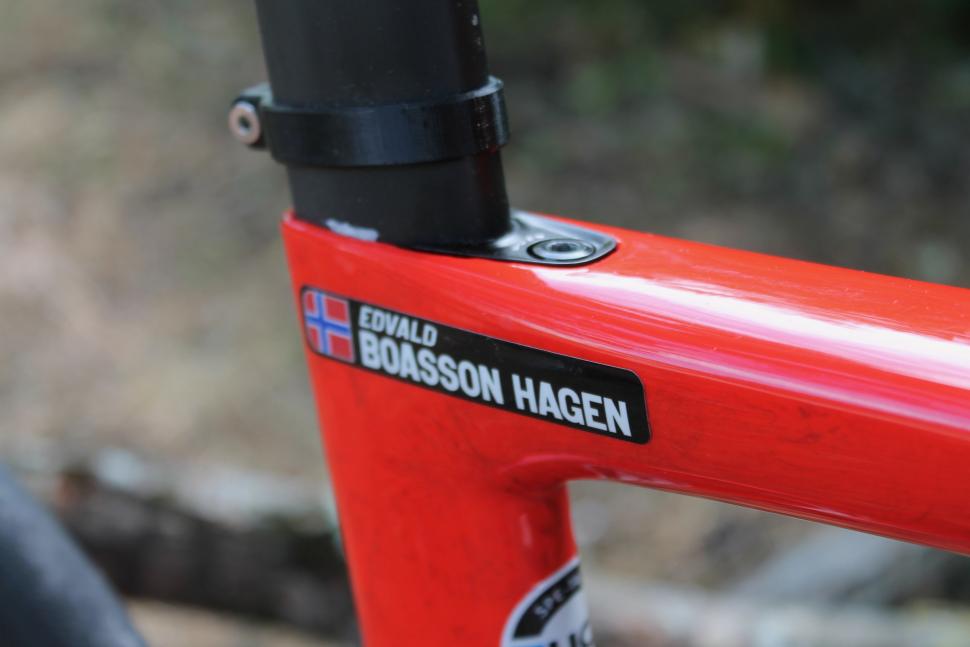 This bike belongs to Edvald Boasson Hagen who got very close to a stage win over the Roubaix cobbles. His bike features a long and slammed SL7 stem and the Roval Rapide bar. 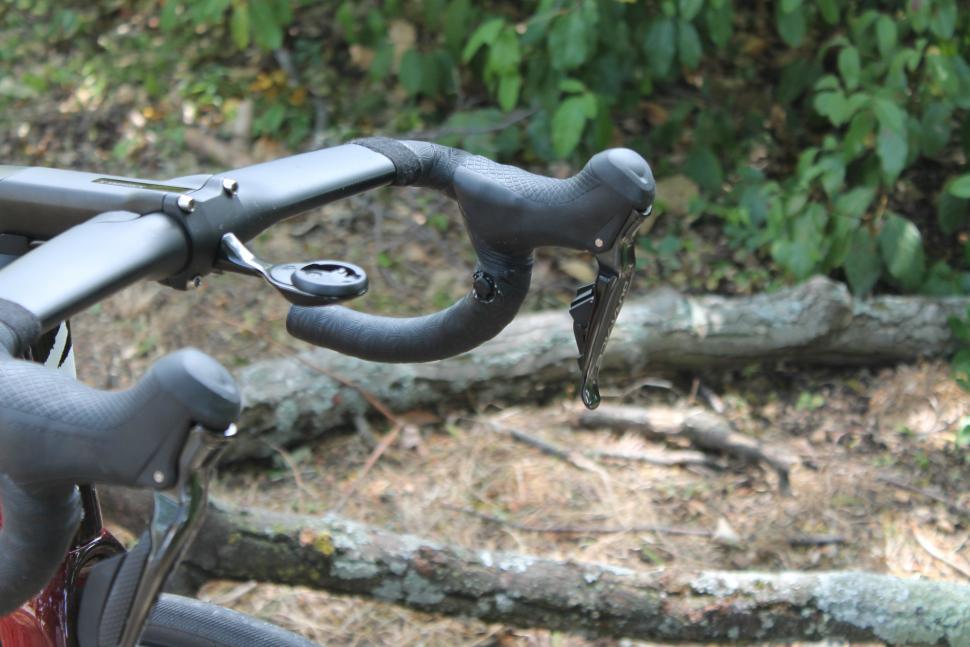 A quick look at the inside of the handlebar shows that the Norwegian has the 2nd generation of Shimano’s sprint shifters. As you can see from the large hole in the bar tape, these weren’t the most compact design and Shimano has since gone back to a much smaller form factor.

The SL7 stem has a very neat out front mount which keeps things very clean. 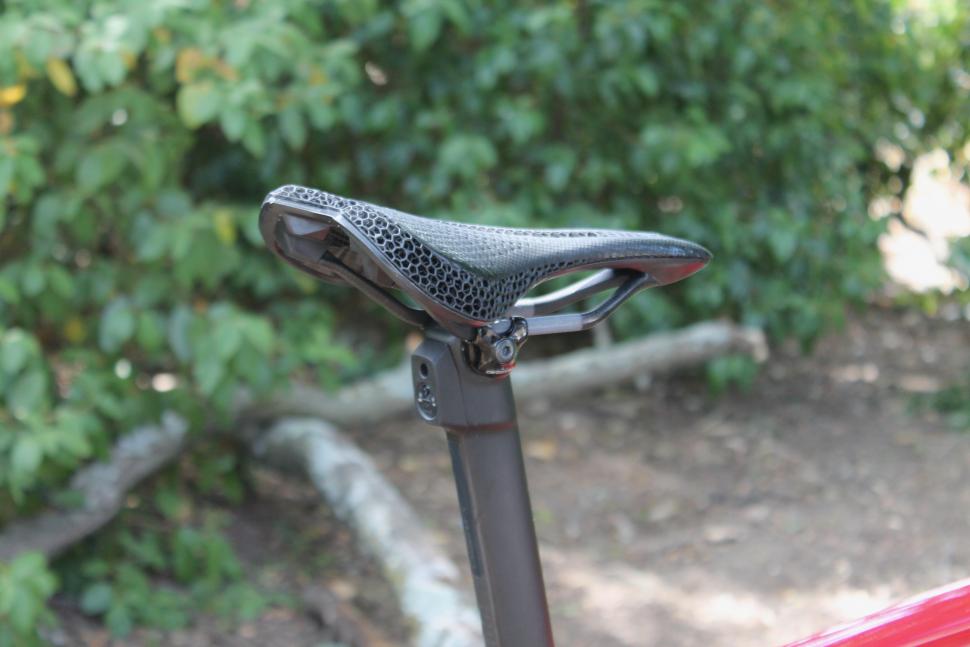 A Specialized S-Works Romin Mirror saddle sits atop the specific SL7 seatpost. One interesting detail here is the placement of the Di2 Junction A box. Having it located at the top of the seatpost makes it very easy for a team mechanic to put the system in adjustment mode while the rider is moving. The functionality of the Junction A box has, with the 12-speed system, moved down to the rear derailleur, so this isn’t a feature that you’ll find on the other S-Works SL7 bikes in the pro peloton.