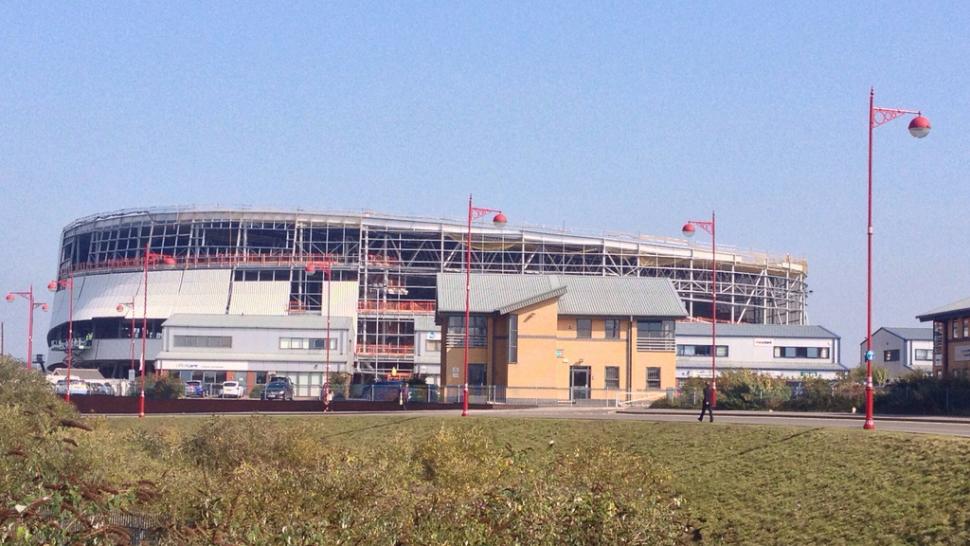 Pride Park Velodrome - next door to The Sanctuary reserve

Objections by wildlife groups include the UK's weather 'not supporting cycling'...
by Sarah Barth

Wildlife campaigners have expressed dismay that a cycle track around a nature reserve as part of Derby’s Pride Park cycling facility have been approved.

Although the final planning decision won’t be made until Thursday, it’s understood that planning officers have advised the City Council to approve the plans for a road circuit and a mountain biking area.

Nick Moyes, a spokesman from a coalition of 15 groups opposing the plans, told the Derby Telegraph: "I'm absolutely stunned. It goes against so many things – the council's local plan, the national planning policy guidance and Natural England.

"Initially, I was speechless. The officers have a duty to be independent of the council so I'm amazed they haven't seen through this paper-thin application.

Earlier this year we reported that TV presenter Chris Packham had joined wildlife groups in the ongoing protest, saying that losing or destroying the wildlife reserve “would mark a vile act of wanton vandalism” dubbing the reserve a “treasure”.

As well as opposition from groups including Derbyshire Wildlife Trust, Derbyshire Ornithological Society, the local RSPB group and Derby Natural History Society, 826 letters of objection have been filed - but so have 639 in support.

Some of the objections include the claim that ‘UK weather does not support cycling’ and that demand for a track would be low.

The council has said that 8.8 hectares of other land would be opened up as a nature reserve to mitigate for that lost to the track.

But Chris Packham said: “It is an oasis of wildlife that is accessible to many and it cannot simply be removed and replaced.

“It is a treasure and short-sighted and short tendencies like this should not be allowed to destroy it.

“It is a natural reserve, a designated scrap of England which has been recognised as worthy of consent.

“That does not suddenly evaporate just because someone has a new idea.

“Its loss would mark a vile act of wanton vandalism and who would want that on their conscience?”

The report stated the council had "considered all that is practical" and that there is "no reason as to why the application cannot be supported".