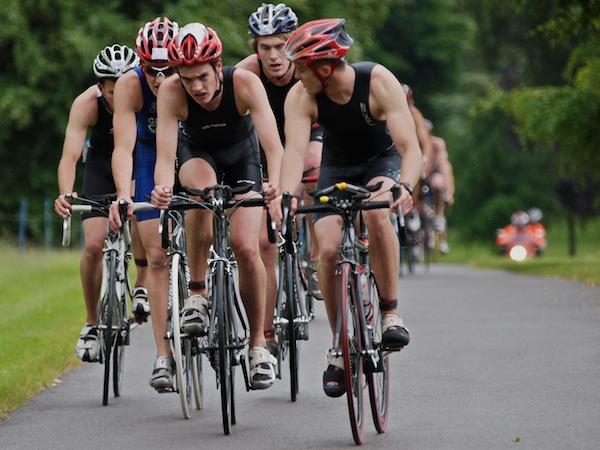 Surrey County Council and local anti-cycling protesters have been blamed by the company that organies two major trialthlons in the county for its decision to cese trading and cancel the events.

Brave Events, the organisers of two major triathlon events that made their debut in Surrey last year, has ceased trading, blaming what it terms "a dispute with Surrey County Council" that it suggests may be linked to "highly vocal" opposition to cycling events in the area.

As a result of the company's decision, neither the Vachery Triathlon nor XTERRA England - an off-road triathlon event, with disciplines including mountain biking and trail running - will take place this year.

In recent months, Surrey has seen an ongoing row centred on the number of cycling events being held there, with the county council having said that it wants to build a sporting legacy from its hosting of the Olympic road races and time trials at London 2012.

As we reported last year, a petition was launched by local businessman Ian Huggins called on the council to "Stop using Surrey as a Cycle Track."

That petition was subsequently overtaken in support by one launched by cyclist (and road.cc user) Keith McRae, which called on the council to support cycling events, but urged it to communicate better with local residents in order to ensure they could continue to go ahead in future.

In December, the council, whose draft cycling strategy is currently going through a consultation process, urged the government to introduce a law regulating sportives, apparently in reaction to pressure from some Surrey residents.

The council also found itself embroiled in a row in November when it was accused of having signed a "secret" agreement to host the Prudential RideLondon-Surrey 100 closed-road sportive for five years - even though, when the event was announced in 2012, it was clear that five annual editions would initially be held.

It's against the backdrop of those ongoing rows that Brave Events has taken the decision to enter insolvency proceedings, leading to the cancellation of the two triathlons this year.

According to a statement from the company, the inaugural edition of the Vachery Triathlon was held last year "on the understanding that the event was approved by the Council to run again in 2014 on the same basis (since it was not viable to run it otherwise).

"However," it adds, "the Council doesn’t now accept that position – perhaps in recognition of the highly vocal anti open-road cycling furore from local politicians and protesters that we experienced last year – which leaves Brave Events regrettably unable to deliver these events."

Brave Events says that with no "practical solution to this problem" found and with "a legal challenge... prohibitively expensive," it has been forced to cease trading and has instructed insolvency practitioners.

The statement, published on both events' websites and also sent to all entrants, says that prospective entrants "will be receiving communication from them shortly."

It concludes: "Since 2012 when we first shared our plans for a world class closed road triathlon with Surrey County Council’s Olympic Legacy Team we have worked tirelessly towards that goal.

"It is saddening to disappoint the triathletes, spectators and volunteers who shared our vision and contributed to the short but stunning sporting success of the Vachery Triathlon and XTERRA England."

Beginning on the private Vachery Estate near Cranleigh, the route of the cycle leg of the Vachery triathlon took it onto the roads of the Surrey Hills, including Leith Hill, also used last year in the inaugural edition of mass-participation event the Prudential RideLondon 100 and the accompanying professional race.

This year's Vachery Triathlon, due to conclude with "a high-powered run on the country lanes bordering the Vachery Estate" was scheduled to have been held on Sunday 20 July, and was expected to feature a number of athletes preparing for the Commonwealth Games in Glasgow among the 1,500 entrants.

A section of the event's website providing information for local residents and locals warned of restricted access and parking restrictions on a number of roads from 6am to 2pm.

Also starting with a swim at the estate's Vachery Pond, the route XTERRA England, part of the leading international off-road triathlon series and a qualification event for the world championships in Hawaii, included a 30km mountain bike ride and 10km trail run, both in the Surrey Hills.

The 2014 edition was due to have been held on the weekend of 23 and 24 August - a fortnight after Prudential RideLondon.