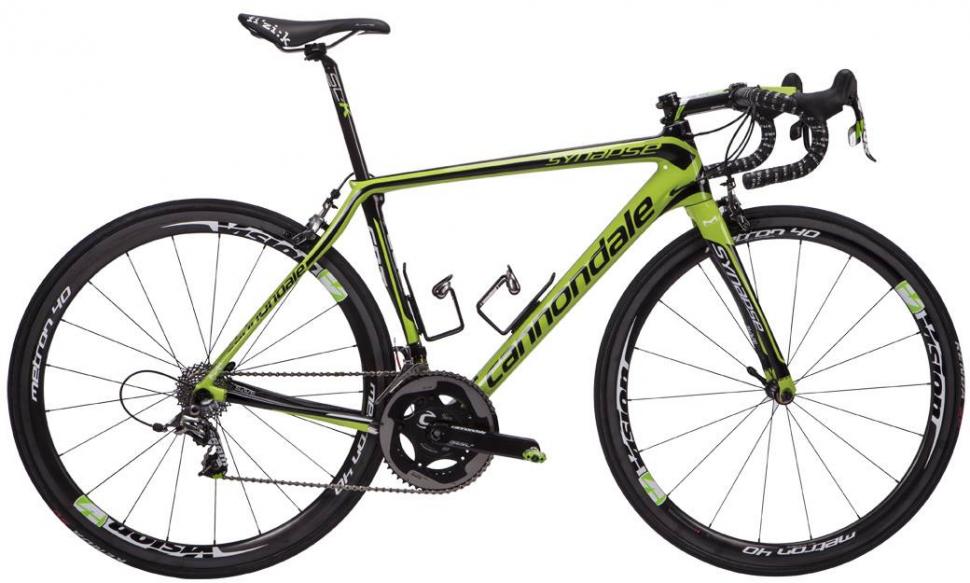 New paint finish revealed ahead of the Strade Bianche, where the new bike first debuted a year ago
by David Arthur @davearthur

Cannondale have released a photo of the very green Synapse the team will be racing in the Strade Bianche event tomorrow. Cannondale's regular SuperSix Evo team bike only carries a bit of green this year, but with this new Synapse they've really gone to town, painting it all over in a deeper shade of green, with a few black details. With this bike the team will live up to their nickname the "Green Machine".

Last year's Strade Bianchi winner Moreno Moser has tweeted this photo of the new bike. What do you think? We asked Cannondale if this finish will be available to the public, but it appears it's a pro only paint job at present.

Cast your mind back a year and some of you watching the race will have noticed the then not-yet-released Synapse being ridden by some of the team, though Moreno Moser and Peter Sagan, who took first and second respectively, both raced the SuperSix Evo. Expect to see the whole team on the Synapse this time around. Both Fabio Sabatini and Kristjan Koren rode the new Synapse, providing valuable feedback to the team and manufacturer. 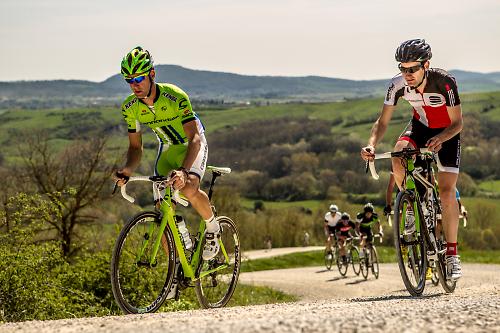 It took some time before details were released on this new bike after that first public outing. We got a better look at Paris-Roubaix, and then we went along to the worldwide launch where we had a first ride on the newly launched bike. When we reviewed it last year it vyed closely with the Bianchi Infinito CV for top spot in the coveted road.cc Bike of the Year 2013-14 awards.

The Synapse was born for gravel roads like those featuring in the Strade Bianche. Crucially, the frame and fork has clearance for much wider tyres than the regular 23mm tyres the teams race most of the time, and it’ll take up to 28mm tyres - expect to see teams racing something in the region of a 25-27mm tubular tyre on the rough gravel roads. 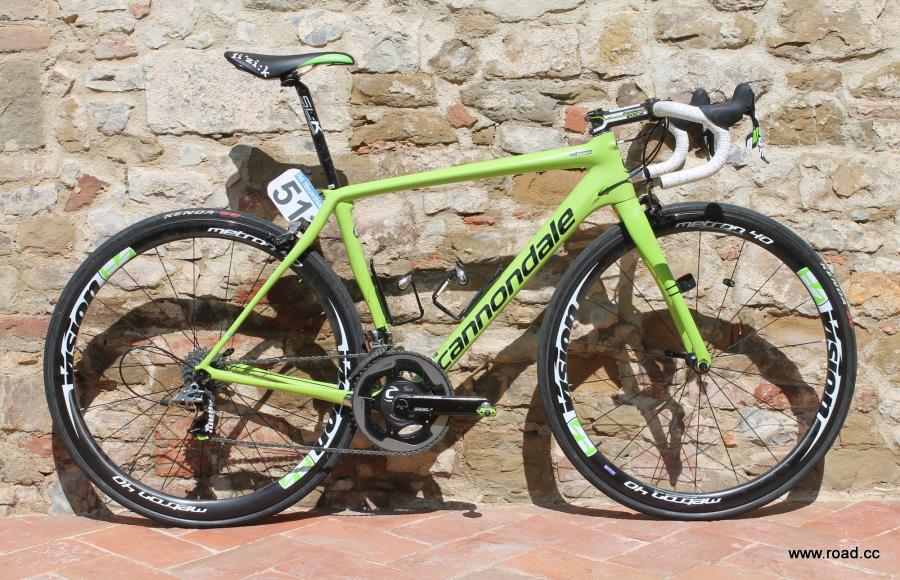 Here's a look at Peter Sagan's custom Synapse that he raced in the classics last year.

The geometry of the Synapse, in common with other endurance/classics road bikes, is also adapted to be more stable on such rough roads, with a longer wheelbase. The frontend is also higher, but that’s of more interest to sportive warriors than pro racers. Expect some serious negative rise stems on display on the team Synapse bikes.

The other important aspect are the specifics of the carbon fibre layup and the shape of the tubes, designed to offer vertical deflection. There’s a 25.4mm seatpost, integrated seat collar to provide more post to deflect, and SAVE seatstays, chainstays and fork. Not only is this to offer better comfort over the regular Evo race bike, but also to provide better traction, useful when racing at high speed over corrugated roads with the wheels skipping about.

So if you're watching the race tomorrow, keep your eyes peeled.