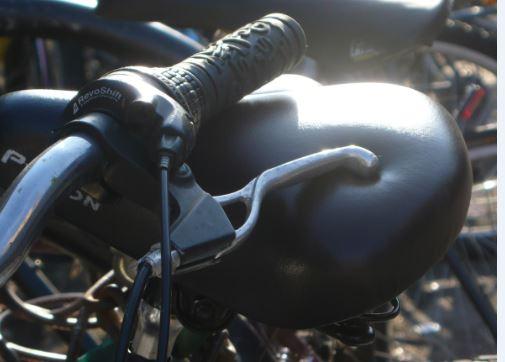 Rider had adapted bike with back pedal brake, making it legal
by Simon_MacMichael

Police in Germany have apologised to a one-armed cyclist after he was fined for only having one brake lever on the handlebars of his bike.

They have also reimbursed the rider, Bogdan Ionescu from Cologne, with the €25 he had to pay after he was stopped by a police officer in March, reports The Local.

Mr Ionescu had been told that his bike contravened German traffic laws since it had no right-hand brake lever.

However, he had adapted his bike with a back pedal, or coaster, brake on the rear wheel, which can be found on single-speed bikes and some with internal hub gear systems such as Shimano’s Nexus.

The Local says that according to the Kölner Stadtanzeiger newspaper, there was nothing illegal about the modifications.

It added that a police spokesman had apologised to the cyclist for the error, and that he would also be receiving a personal apology from the city’s chief of police.

Theatre box office worker Ionescu, who believed he had been he had been the subject of discrimination, said: "It's great news, I'm really happy. It's good that this is how it ends, it's unbelievably good.”

He added that the policeman who stopped him at lunchtime on 25 March had told him: "Your bike is unsafe, you have no brake on the right of your handlebar."

He replied: "I know, but I have one on the left and I have a back pedal brake so that I can stop the back wheel.”