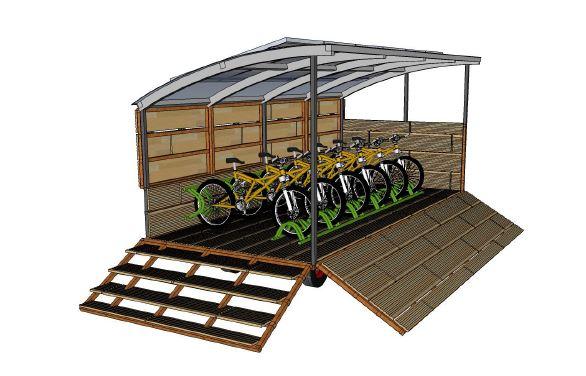 Petition launched to save £2m New Forest ‘Boris Bike’ scheme, set to be scrapped partly due to anti-cycling sentiment

A petition has been launched to save a family-friendly ‘Boris Bike’ cycle hire scheme in the New Forest aimed at boosting tourism, which despite having £2 million of government money allocated to it faces being scrapped – in part because of opposition to mass participation cycling events in the national park by a small but vociferous minority of locals.

The petition has been set up on the Change.org website by Twitter user New Forest Cyclist (@forestcyclist), who in a series of posts on the social network today warned that the scheme, which the New Forest National Park Authority (NFNPA) unveiled earlier this year, looks unklikely to go ahead, and called for support in urging the authority not to scrap it.

The NFPFA submitted its application for cash from the DfT in April this year in a comprehensive document called New Forest Family Cycling Experiences. Of the £3.57 million awarded, £2 million was to be allocated to the scheme.

It said the scheme would link transport facilities with accommodation and tourist attractions, as well as generating more than 30 new jobs and replacing an estimated 127,000 car journeys each year, while boosting tourism and benefiting local businesses.

It was due to open in April next year, initially with 20 electronically controlled hire stations and 250 bicycles, making it the largest such scheme in the UK outside an urban area.

Money for the initiative was to have come from a grant from the Department for Transport aimed at encouraging more people to cycle in England’s national parks, and the NFNPA had even gone so far as to commence the procurement process and select a preferred supplier for the scheme, should it go ahead.

But now, a members’ task and finish group set up after a meeting of the authority on 26 June has made the unanimous recommendation “that the National Park Authority does not proceed with the New Forest Public Bike System at this time.”

That recommendation, detailed in this report from John Lynn, cycling projects manager at NFPFA, will be debated at an extraordinary meeting of the authority next Tuesday 19 August, and with the funding needing to have been spent by the end of March 2015, time is pressing.

The report pointed out a number of aspects that had changed since a feasibility study into the scheme was carried out, including the issue of whether it would be possible to find a corporate sponsor, given Barclays’ termination of its backing of the London Cycle Hire Scheme, and the launch of similar initiatives in Liverpool and Reading, neither of which has a sponsor.

But it also highlighted that “In the New Forest a major anti-cycling sentiment has come to the fore in the wake of large-scale cycle sportive events which have impacted on local people. A fresh wave of concern exists about the safety of on-road cycling. Concerns about safety featured prominently in the responses to the recent questionnaire about the proposed scheme, especially amongst those who live and work in the Forest. Members therefore questioned whether the time was right to introduce more cyclists onto New Forest roads.”

It added that the committee’s members had concerns over “the financial viability of the scheme, and the recently emerged sentiment in the Forest towards cycling in the wake of large scale events,” and that they had “insufficient confidence that the project would now be financially sustainable or receive sufficient local support, and therefore be appropriate for the New Forest at this time.”

In his petition, which at the time of writing has 130 signatures, New Forest Cyclist calls on the NFPFA to: