Two builds of lugged steel, disc braked all rounder on show: coming soon to a bike shop near you?
by Tony Farrelly

Pashley have form when it comes to producing interesting prototypes to show off at Eurobike. They made a big splash a few years back with the stainless steel, £6,000 Sprinter, and of course the original Guv'nor.

This year they are at it again with two Pathfinder disc-braked road bikes - in lugged steel. The Stratford-upon-Avon outfit are testing the waters to see what sort of appetite there is for a do-it-all, made-in-Britain, retro-modern steel bike. 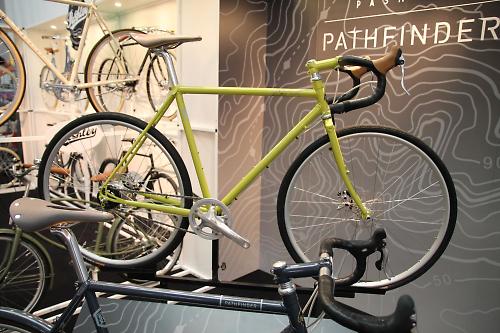 They were showing off two bikes both made from a mixture of Reynolds 531 and 631 tubing, and these are prototype enough for that not necessarily to be the final tubeset of choice.

Both bikes were fitted with Tektro’s highly regarded Spyre cable operated discs but came with very different paint jobs and drivetrains. The more sober looking grey Pathfinder in our main pic featured a Campagnolo Veloce groupset plus full metal mudguards. Both bikes featured forks with a decent bit of curve. I wondered if that might be an issue running disc brakes but those who know more than me reckoned it wouldn’t. That chrolomy fork should be easily strong enough to cope with the stopping forces being exerted by the brake, and the curve means that the dropout is facing slightly forward so the wheel will be being forced back in to the fork under braking. That’s a good thing. 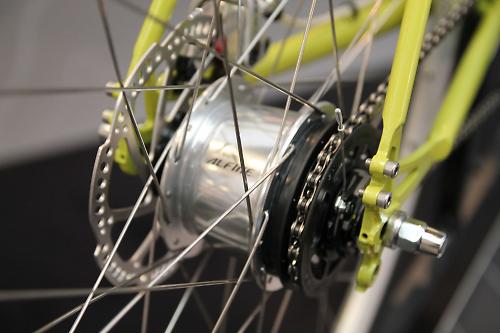 While the grey bike caters for traditionalists the green one is one for the individualist with a practical streak. Drivetrain is a Shimano Alfine 8 speed internal hub gear matched up to a 42-tooth single ring crankset up front. it should be a fairly fit and forget set up. Shifting is via bar end levers. If the Pathfinder makes it to market this is the bike we’d like to test. 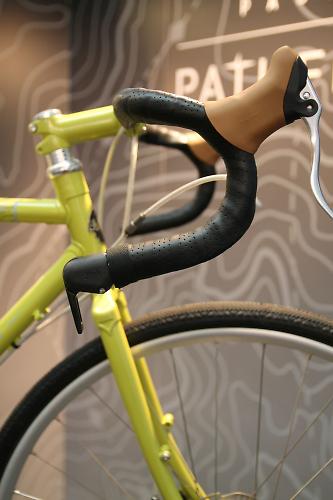 The Pathfinder will be going up against bikes from the likes of Surly, Salsa, and All City. While weight isn’t the be all and end all with this sort of bike, it still doesn’t want to be too heavy and we’d expect Pashley would want it be be at least comparable with the North American competition. 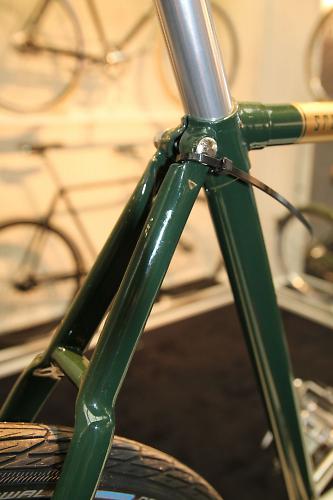 Expect the Pathfinder to be priced similarly to the likes of Surly et all too. The guys from Pashley were understandably cagey on pricing, but expect the 8-speed Alfine version to retail for around £1400 and the great Campagnolo one for a bit more, probably around £1600. 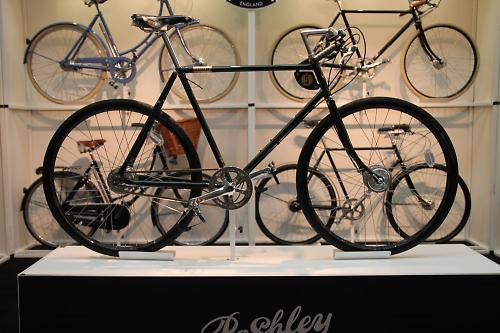 Aside from those Pathfinders the other big head-turner on Pashley’s stand was the Speed 5, the not-12-month-old geared offspring of the already legendary Guv'nor. It surely is a thing of beauty. We were inexorably drawn to those GB wing nuts — and wing nuts aren’t usually the sort of thing to make road.cc hearts beat a bit faster. [Nonsense. We love our wingnuts. That's why we employ so many — Ed] 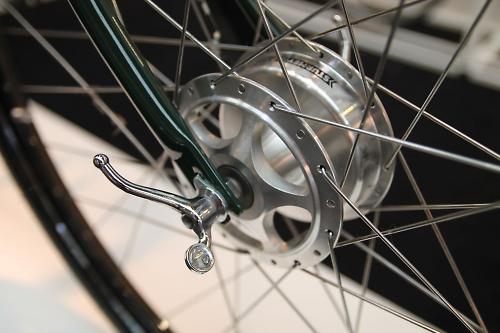 Both the Speed 5 and the Guv'nor — which Pashley can’t build enough of — show that when it comes toe-in-the-water prototypes Pashley can sometimes really hit the spot. Time will tell whether they’ve done it again with the Pathfinder; we hope so though.