A little bit of the UK on Italy Week, to remind us of home
by dave atkinson

What could be more Italian than a Raleigh? Ahem. Still, The Revenio 4 has an Italian-sounding name. We’re calling it the Revenio Quattro out here. Actually it’s latin, dontchaknow, for “I come back”, which I’m taking to be some kind of prophecy for our Italy Week at the Hotel Belvedere. 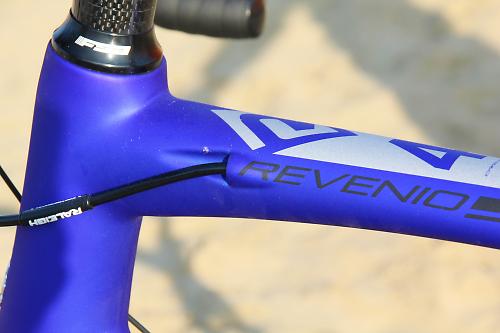 Raleigh’s Revenio range is aimed at the sportive and distance rider. There’s alloy bikes both with discs and without, and the carbon range starts at £1,250 with the Revenio 1. The Revenio 4, at £3,000, is the most expensive, and the fourth most expensive of all Raleigh’s range, the top three being the team issue road, time trial and cyclocross bikes. 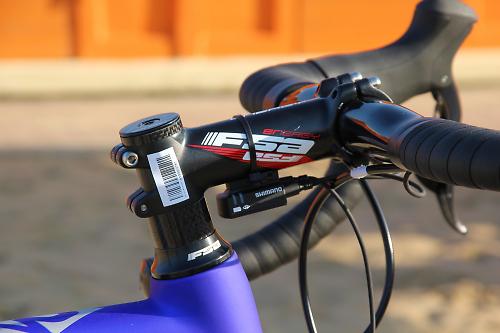 So what do you get for your three grand? You get a frame made from “Revenio Endurance Blend Direct Connect Carbon Fibre” for a start, coupled with a Raleigh C5 carbon fork. It’s designed for all-day comfort, so it’s more upright than a race frame. Our 60cm model (59cm effective top tube) has a 21.5cm head tube; the 56cm frame is 18cm at the head tube and those numbers put the Revenio in the same ballpark as endurance stalwarts like the Giant Defy and the Specialized Roubaix. Bottom line: it’s not a sit up and beg bike, you can still get a fairly low position on the Revenio if you slam it. I haven’t slammed it. But you could. 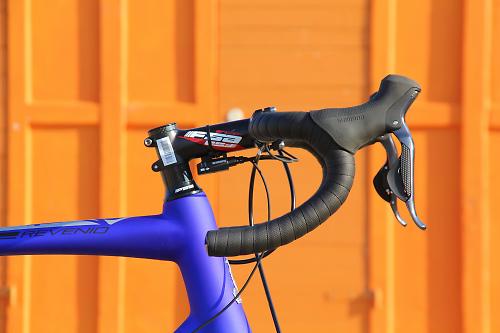 The position on the Revenio is designed to sit you a touch further back to ease the weight load on your arms for longer rides and reduce fatigue. So the 60cm model, which I’d normally expect to have a seat tube angle of around 73.5°, is a degree shallower. The head tube is 72.5° too, though that slackens as the sizes get smaller. Chainstays are a fairly-short-but-not-really-short 410mm so it feels fairly tight at the back end but there’s room for a bigger tyre than the 25mm Shcwalbe Duranos it comes fitted with, which aren’t the biggest of 25mm tyres. 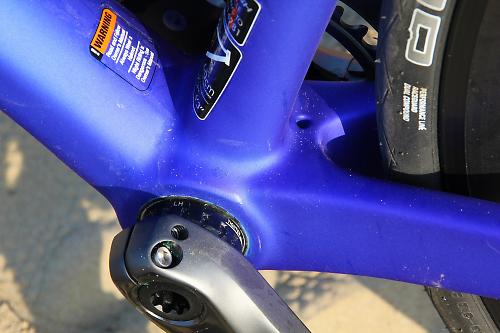 The carbon layup is designed to be… go on, guess. Yup, stiff but also absorbent of road shock. Given that the road surfaces in Emilia Romagna are, how shall we say, challenging, that claim should get a good test. Raleigh haven’t gone with a wide bottom bracket and press-fit bearings, opting instead for external bottom bracket cups. The frame is pretty much as beefy in the bottom bracket as it can be while it’s constrained to the 68mm shell width. Stiff enough? Well, we’ll see. 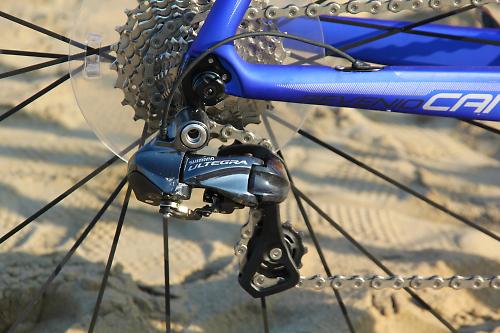 The Revenio 4 wears Shimano’s Ultegra Di2 groupset that Dave Arthur heaped praise upon not so long ago. It uses a battery mounted in the FSA SL-K seatpost, which means that you can whip your ‘post out and charge it indoors if you don’t fancy bringing your whole bike inside. That’s a fair bit more handy than having it hidden somewhere in the frame. It’s a full groupset, including the chainset (50/34), cassette (11-28), brakes and even the chain. Crank length varies depending on the bike size, Raleigh using 165mm cranks for the smallest bikes through to 175mm for the largest. 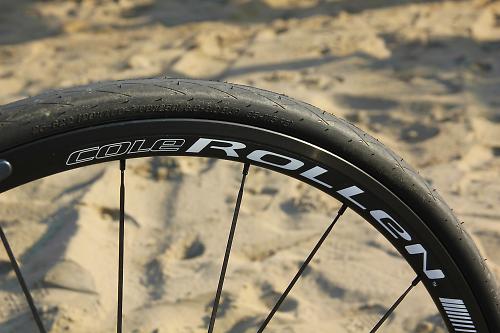 The Revenio’s wheels are Cole Rollen Elites. Cole isn’t a brand that’s reall gained a lot of traction in the UK even though they’ve been around a while now, but the Rollen Elites, at just under 1,600g, stack up well against offerings from other manufacturers at the same kind of money. 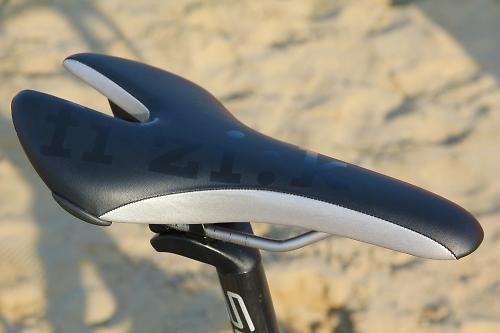 Finishing kit is predominantly FSA. There’s that SL-K seatpost, and Energy stem (110mm) and bars (420mm). The saddle is a decent Fizik one, and the bar tape is standard mid-weight synthetic stuff. That’s your lot, pretty much. 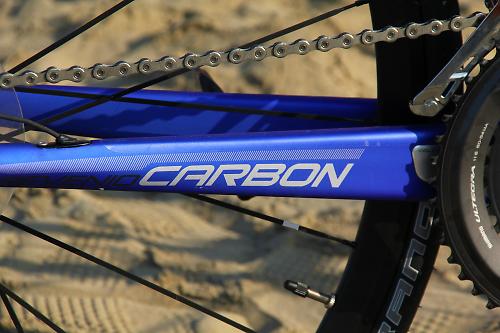 I fully intend to get as many miles in – well, kilometres, because we’re in Italy – as I can abord the Revenio. It’s coming back with us, too, so we’ll continue to give it a pounding when it’s back on home turf. Stay tuned for a review.