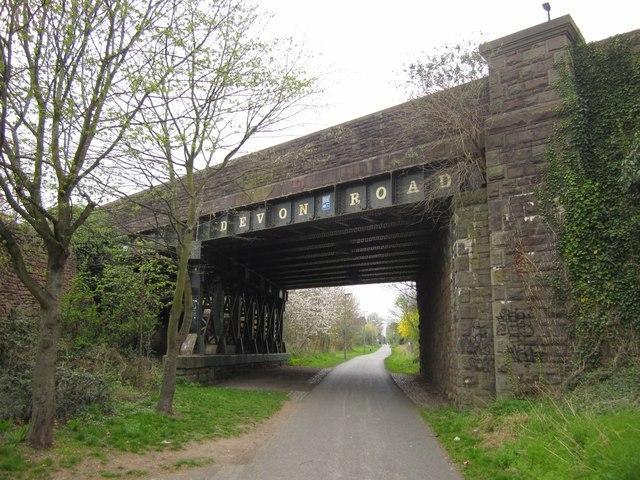 Police using speed guns clocked more than 15 cyclists riding their bikes at over 20mph on the shared use Bristol & Bath Railway Path on Monday morning.

The operation was launched in response to concerns from some people living near the path that the speed some people ride at causes a danger to pedestrians, including schoolchildren, reports the Bristol Post.

Officers were deployed at Devon Road Bridge close to Whitehall Primary School, at a point where many children cross the path in the morning.

The path is not particularly narrow at that point, but it is straight and is a fast section if a cyclist is heading towards the centre of Bristol, because it is downhill.

Cyclists stopped by police on Monday were warned about the danger they could cause through riding at excessive speed.

PCSO Adam Needs said: “It was a great success. We spoke to more than 15 cyclists who were travelling at excessive speeds.

“One cyclist was going so fast that he fell off his bike right in front of us. I think people forget what a danger and hazard they can be to themselves and others at speeds of over 20mph.

“People have told us how busy it can be at that time of the morning and reported some very near misses.

“We want to encourage people to use the path considerately and responsibly to prevent any accidents happening.

“We got great feedback from the community on the day and lots of people said they would like to see us do the operation again.”

Local resident Vicki West told the Bristol Post: “I think it’s absolutely brilliant because I’m a cyclist and a pedestrian and I have young children who use the track.

“I think what cyclists often forget is that it is a mixed use path and there are often children going to school or older people out walking their dogs.

“Sometimes the speeds that some people are going are so bad that my three-year-old shouts ‘slow down!’

“There have been several petitions going around the neighbourhood about it and people here feel it’s an important issue so it’s great to see some proper action being taken.”

While there is no speed limit on the path, its code of conduct does point out that it is a shared use facility “used by pedestrians, disabled people and cyclists with consideration for all,” and that “everyone has equal priority.”

The code requests cyclists to “pass pedestrians and disabled people slowly and carefully, and warn them by bell or voice if they haven't seen you.”

There have been repeated calls to tackle the problem of some people riding their bikes too quickly on the 15-mile path, which was built by Sustrans between 1979 and 1986.

Earlier this year, following an incident in which a nine-year-old boy riding his bike sustained a broken collarbone when he was struck by a cyclist travelling in the opposite direction, Sustrans area manager Jon Usher said bike riders needed to curb their speed.

“Traffic-free paths are not the place for reckless speed cycling; they cater to a variety of users by providing a safe, non-threatening environment to travel in,” he said

“Unfortunately, a minority of people on bikes choose to speed as fast as they can on these routes, which makes them less safe for everyone else.”

The child’s father, Nic Delves-Broughton said: “The other cyclist was coming way too fast for the crowded conditions on that afternoon.

“It was a terrible accident and both my son and the other rider where thrown from their bikes onto the ground.

“The other cyclist was very apologetic about it.

“If that other cyclist had hit an elderly, frail person with brittle bones the consequences could be dire and even result in a death.

“Something needs to be done to keep the speed down on this particular path.”

He added: “It is a very busy path, especially on a Sunday and it is packed with young families with learner riders, dogs, the elderly and infirm and also the idiotic who are unpredictable at best.”

In September, we reported on research from University of the West of England PhD candidate Hannah Delaney that found that of 600 people surveyed while using the path, 52.3 per cent of users had experienced frustration due to the behaviour of others using it on the day they were questioned.

Addressing a conference at the Royal Geographical Society in London, Ms Delaney said: “Government guidelines for shared-use paths are based on research that focuses on the observable conflicts that take place and thus the consensus is that conflict between users is rare.

“However, this research shows that when shared path relations are examined in more detail there are a great deal of frustrations bubbling beneath the surface.

“The survey highlights the difficulty of designing facilities for a mix of mode users. The majority of cyclists would like more information and guidance provided to all users on how to share the path, whereas some pedestrians would prefer to be separated from cyclists. There was also a feeling that some cyclists need to slow down.”