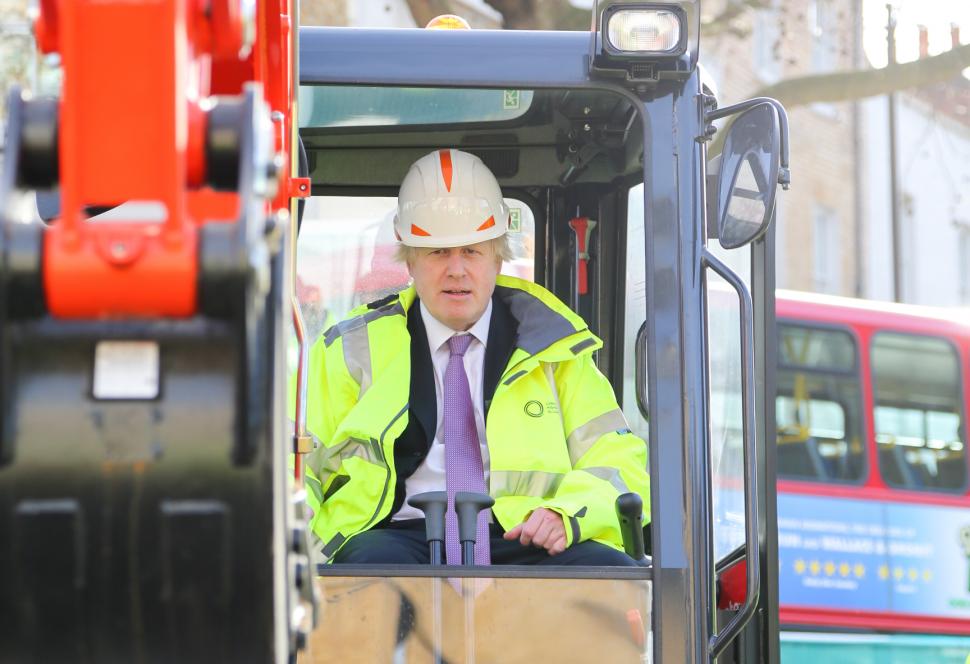 Construction started today on one of London's two planned cross-city protected cycle lanes, the route from Elephant & Castle to King’s Cross dubbed the North-South Cycle Superhighway. And in a typical show of flamboyance, Mayor of London Boris Johnson climbed into a digger to help get the work started.

Transport for London (TfL) says the first phase of the project will create a safe cycle route through St George’s Circus and transform Blackfriars Road from a car-dominated street into a new urban boulevard, with new trees, almost 20,000 square feet of new space for pedestrians, and a two-way cycle track. Work on the route south of the river will be finished by the end of the year.

Courtesy of London SE1, here's the mayor flying a digger:

Andrew Gilligan, the mayor's cycling commissioner, was keen to emphasise the sea-change in design thinking since the original London cycle superhighways. He told the SE1 website: "The early superhighways were largely paint on the roads."

"Although that did actually achieve a significant shift of people from public transport and cars to bikes, it wasn't deemed good enough by cyclists and other groups.

"This is going to physically segregated. There will be a curb between you and the rest of the traffic if you're on a bike, and that is a whole lot safer." 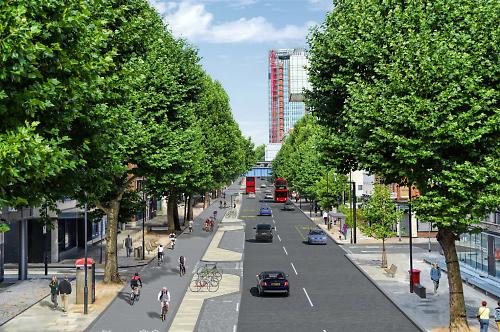 How Blackfriars Road will look with the new lanes in place

Boris Johnson said: “This is a big day for cycling and for London, the culmination of years of campaigning by cyclists and months of planning by TfL.

“I know a lot of people thought this would never happen - and a small number of people didn’t want it to happen. But it is happening, and London will be better as a result.

“Getting more people on their bikes will reduce pressure on the road, bus and rail networks, cut pollution, and improve life for everyone, whether or not they cycle themselves.”

Work on the East-West route from Tower Hill to Westbourne Terrace will begin in April, while work has already begun on two other protected routes, the upgrade of Cycle Superhighway 2 from Aldgate to Bow and the new Cycle Superhighway 5 from Oval to Pimlico. All the routes are scheduled to be open open by spring 2016 with some sections open by autumn this year.

Leon Daniels, TfL’s managing director of surface transport, said: “A cyclist travels along the North-South corridor every two seconds in the peak, and the new protected route will provide a direct, safer journey for thousands of new and experienced cyclists travelling across the river from Southwark to King’s Cross, delivering on our commitment in the Mayor’s Vision for Cycling to radically improve conditions for cyclists in the capital."