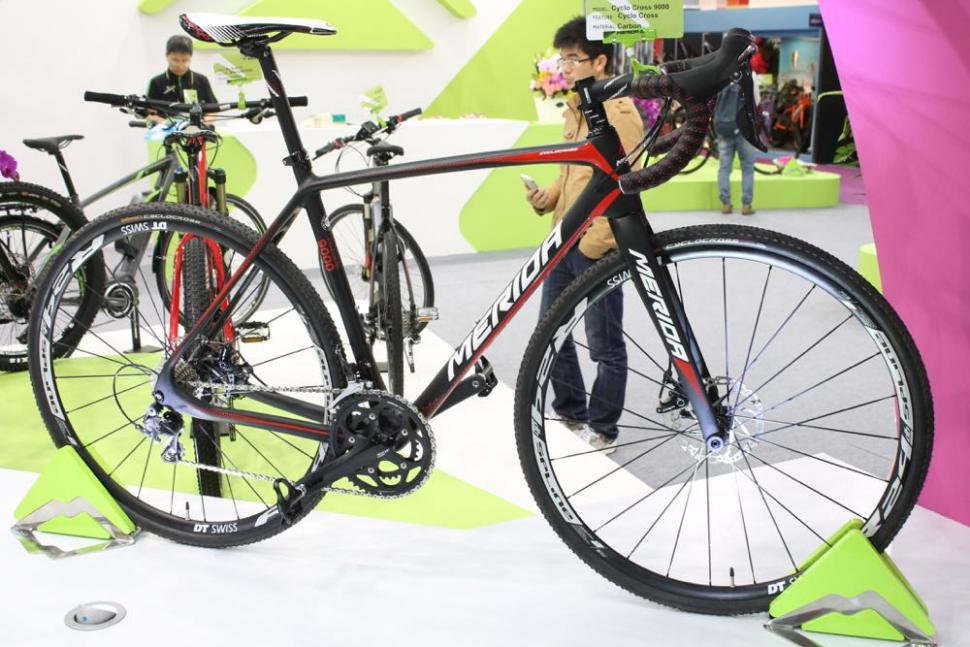 We've found all the coolest new products at the Taipei International Cycle Show to save you the bus fare of travelling to the Far East yourself. Merida will have new CX bikes later in the year, the Cyclocross 9000 being on show at Taipei Cycle. Merida use 9000 to denote the top carbon-fibre models in various parts of their range. All of the cyclocross bikes in the existing range from Merida are aluminium. 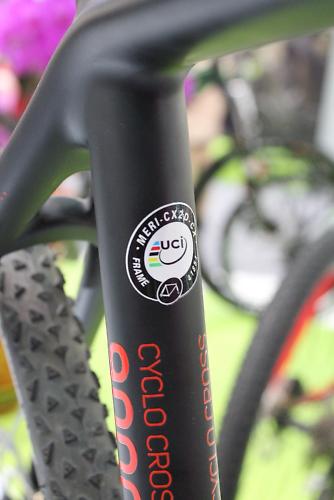 The Cyclocross 9000 uses disc brakes, thru axles front and rear, and internal cable routing. There appears to be generous mud clearance. 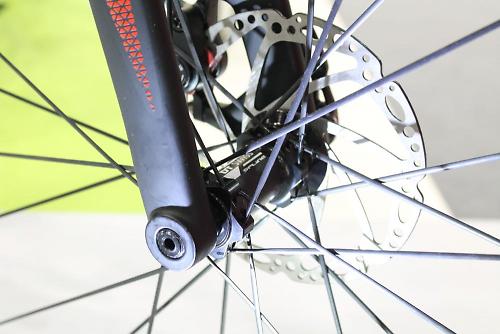 The seatpost is 27.2mm in diameter, presumably to add extra comfort to the ride. That’s about all we know about the bike at this stage. We have heard, though, that there will be other new carbon cyclocross models too. The 5000 and 6000 will be disc equipped, and there’s a lightweight rim brake model as well. 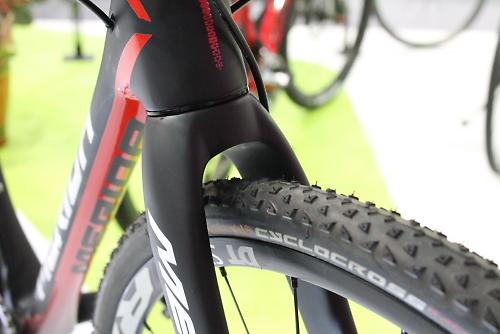 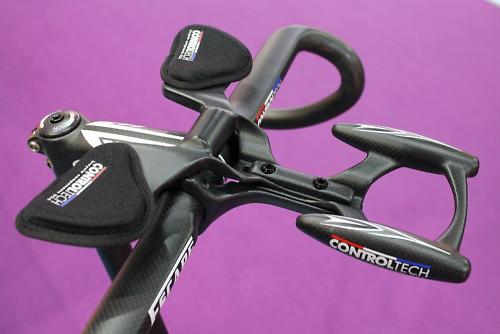 Controltech’s Aero Cockpit Plus is a very lightweight time trial/triathlon setup that looks the business.

Made from 3K carbon-fibre with titanium hardware, it weights in at a claimed 259g. 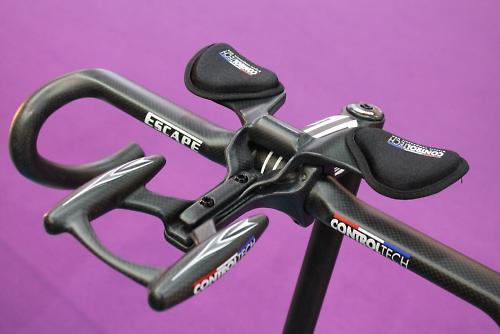 You get 34mm of fore/aft adjustment on the arm rests and another 34mm on the position of the hand grips. There’s no width adjustment on either, though.

ISM have developed a carbon prototype saddle that’s based on the shape of their popular Attack model. It weighs just 185g. 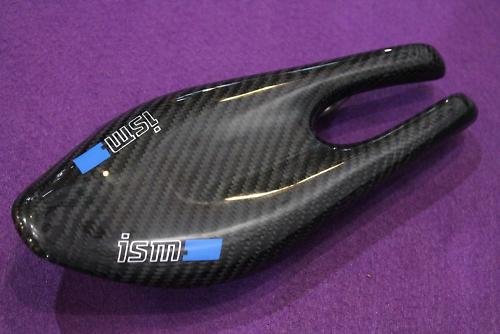 This saddle might or might not make it into full production. It hasn’t even been tested yet.

If you’re not familiar with the ISM brand, the dual-nose design is intended to reduce perineal pressure and the discomfort associated with that, and also to decrease the possibility of health problems resulting from that pressure. 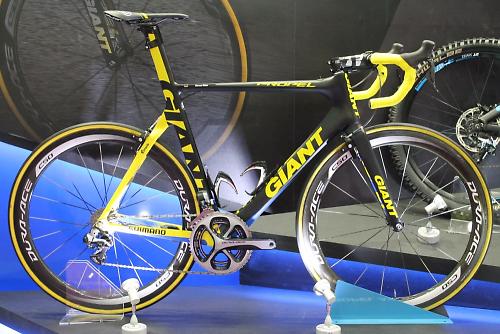 This is Marcel Kittel’s Giant Propel Advanced SL, or perhaps a replica of the bike used by the German sprinter. The bottle cages have definitely been used so maybe it is a genuine race machine. 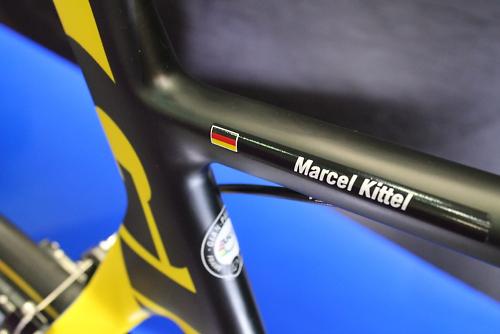 The frame is made from what Giant call Advanced SL composite which is T800 raw carbon fibre that Giant weaves together in its own factory. 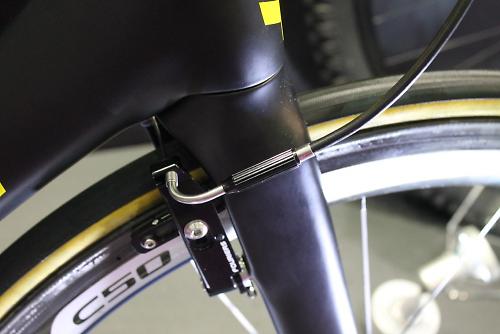 The frame comes with an oversized head tube which takes a 1 1/2in lower bearing and an integrated seatpost that is said both to reduce weight and increase comfort. The linear pull brakes are positioned out of the airflow behind the fork and directly behind the seatstays. 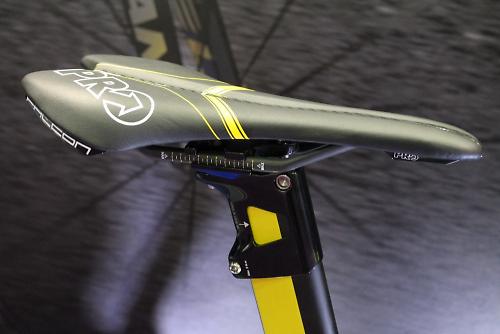 Kittel’s team, Giant-Alpecin, use Shimano Dura-Ace Di2 groupsets and this bike is fitted with C50 carbon wheels. Most of the remaining components come from Shimano’s in-house Pro brand, including the Falcon saddle. 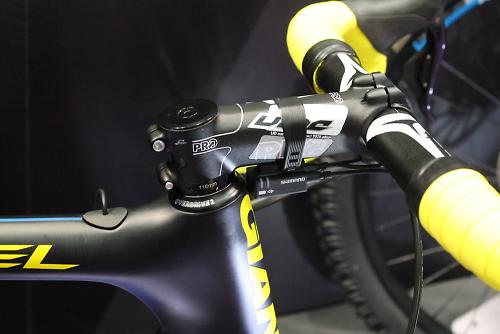 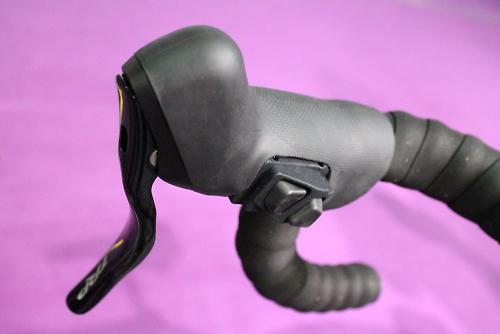 TRP are now offering a Di2 upgrade kit for their Hylex brakes. The Hylex is a hydraulic brake system for singlespeed bikes (or bikes with down tube or bar end shifters).

However, if you want to switch over to electronic gears, TRP provide a solution. 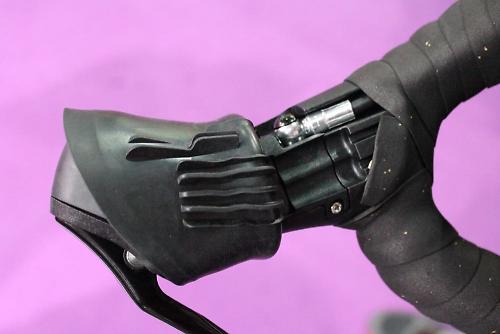 If you peel back the hood on the Hylex lever you’ll find a plate in there that you can easily remove. You replace this with a new one that allows you to attach a Shimano climbing satellite shifter. The TRP upgrade kit also includes a template for cutting a hole in the rubber hood for the shifter to fit through.

As well as existing Hylex owners, this might be interesting to people who want to run a one-by drivetrain (with no front shifting). 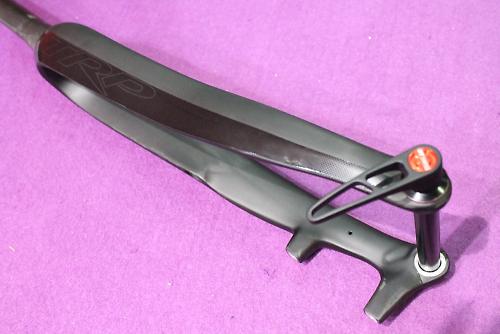 We’ve shown you TRP’s new carbon cyclocross fork before – our man Jo has one – but here it is with updated decals.

The fork weighs 450g with a full 350mm steerer, and it’ll take a 40mm tyre. It will ship with a DT Swiss skewer, a compression plug and a headset cap when it becomes available in the next few weeks. This is TRPs first Centerlock (as opposed to 6-bolt) rotor. There are five thinned out areas running across each side, the idea being to let gas, water and debris escape when you’re braking. This is intended to help dissipate heat, improve braking and also improve pad life.