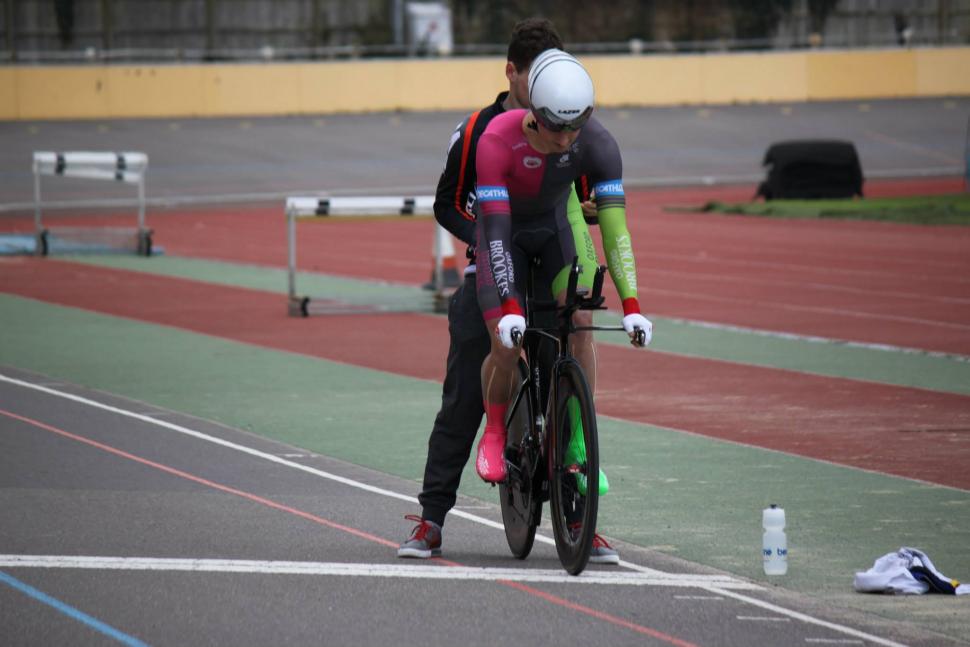 Reading’s Palmer Park velodrome has been given the all-clear to host racing after safety improvements were made to the track, says British Cycling.

In all, more than 20 separate improvements such as the installation of better fencing and perimeter boarding have been made to the facility over the past six weeks since racing was suspended following an independent inspection.

British Cycling, which worked alongside the venue’s operators and Reading Borough Council to bring the track up to standard, carried out a safety inspection on 17 April, and has cleared it for racing starting on Monday 27 April.

Jonny Clay, the governing body’s director of cycle sport, commented:  “We said in March when issues were identified that we wanted to see racing return to Palmer Park as soon as possible.

“I’m delighted with the speed in which issues have been identified and updated to allow the track’s full reopening.

“I would like to thank everyone who was worked on the track improvements and the representatives from Reading Borough Council, Palmer Park track and local clubs who have all contributed to making this such a quick turnaround.

“The track is an important facility and we are very impressed with the work that has been done . This work should ensure that the track has a very healthy future.”

The local council added: “Following a British Cycling review of tracks across the country, the Council has completed some works that were identified.

“These works were in addition to the extensive improvements already made to the track over the winter period. British Cycling has reassessed the track, were pleased with the work and have confirmed that competitive cycling can resume.

“Reading Borough Council is fully committed to supporting the users of the track and cycling in the town. We have carried out this work swiftly so that competitive cycling can resume at Palmer Park as quickly as possible.”

Despite the venue being closed to racing in recent weeks, people have still been able to ride there.

As we reported last month, Oxford Brookes University student Dan Bigham (pictured above at Palmer Park) took to the track to see how far he could ride in an hour, setting a very respectable distance of 46.7km.