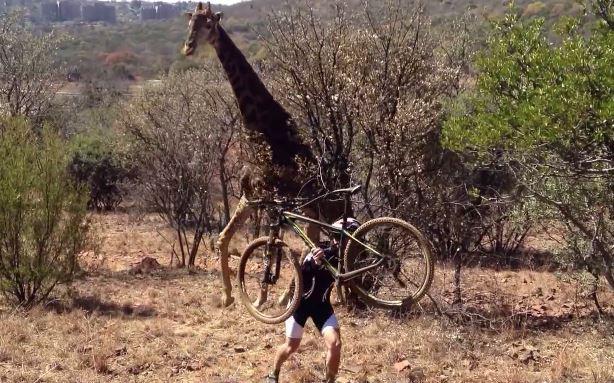 A cyclist found dead next to his bike on a game reserve in South Africa is believed to have been trampled to death by a giraffe, say local police.

Braam Boose’s body was found on Sunday in an area with a large population of giraffes by a group of walkers who were also staying at the Thaba Monate Lodge near Bela Bela in the Limpopo province.

The 45-year-old, who had gone out on his own for a bike ride on Sunday afternoon, had been on holiday on the game reserve with his family, reports The Daily Telegraph.

Colonel Ronel Otto of the South African Police Service, said: "It is suspected that he was killed by a giraffe. They look at the specific injuries that he had, it looks like he was basically trampled."

While giraffes, which are herbivores, are not generally aggressive towards people, they can be if they feel threatened.

Nevertheless, incidents of humans being killed by the creatures are rare.

A dog walker was killed, also in Limpopo province, in 2010, while an American tourist is thought to have been killed by one at a country club close to the Kenyan capital, Nairobi, in 2002.

There is at least one recorded instance caught on film of a giraffe behaving aggressively towards cyclists, shown in this YouTube video taken at Groenkloof Nature Reserve in Pretoria, South Africa, in 2013.