It's that time of the week again, time for our weekly roundup of interesting tech from the cycling world, and we've got a bit of everything today, from greaseless bearings to snazzy new socks and caps.

Coo Space isn’t a company we’ve ever heard of, but they’ve grabbed our attention with these new greaseless bearings, which they claim deliver up to ten times less friction over regular bearings.

Autonomous Decentralised Bearings, to give them their full name, is a ball bearing system that works without grease. The bearings in your headset or hubs roll between an inner and outer ring, with a retainer to stop the ball bearings sticking to each other. It’s why you have to grease your bearings to keep them all rolling smoothly. Coo Space appears to have solved the issue of bearings colliding and increasing friction in the bearing system by adding indentations to the outer ring that the bearings run along. This series of ridge slow and speed up the bearings just enough to keep them apart from each other, it stops them sticking together. That means you don’t need a retainer to keep the bearings apart, and that means less friction. The company reckons 10 times less friction than regular bearings which is a considerable amount. What are the advantages? Well they clearly spin more smoothly, just take a look at the video above to see a neat demonstration. They should also require less maintenance and potentially last much longer between services. I’ll take some in my Speedplay pedals please, those things need greasing all the time.

These bearings are still a prototype at the moment so don’t expect to see them in your new bike just yet.

The new Lily Camera drone is described as the world’s first throw-and-shoot camera. The drone has no controller, its four propellers and on-board GPS allows the drone to follow its user by wearing a GPS bracelet, shooting video and taking photos along the way.

Drones have become hugely popular in recent years but the company behind the Lily Camera is keen not to call it a drone, instead it’s a camera that happens to be able to fly. The Lily Camera can follow you for up to 20 minutes at speeds up to 25mph and can be programmed to hold a set position around you, or circle around you.

We’re not sure of the practical realities of using the Lily Camera on the public roads, there are strict rules governing the use of drones in public spaces. Put your credit card away though, it’s not expected to be on sale until February 2016 and will cost $999, it you can currently pre-order one for half price.

Restrap, the Yorkshire-based cycling accessory company, unveiled its latest offering, the Link magnetic belt, on Kickstarter a while ago. And it has smashed past its funding goal, with 10 days to go Restrap has raised £37,535 funding. It was only looking for £7,500 in the first place.

The Link is a belt that is easy to use with a unique patented magnetic buckle. Just a single movement is required to to fasten the belt or remove it. The belt can also be easily adjusted with just one hand. It’s made with 30mm elastic manufactured in the UK and it’s strong, it has a break strength of 50kg. 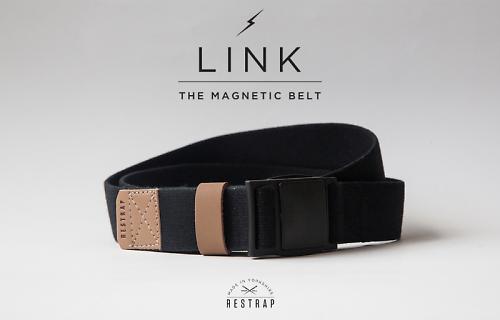 If you like the sound of the Link belt, a pledge of £25 will get you a belt in a choice of two colours. Check it out now at www.kickstarter.com

This Is Cambridge reveals two new caps for the summer

Cambridge based milliners tic, or This Is Cambridge to give them their full name have just launched two new caps in time for Summer, so you can keep the sun, sweat and rain out of your eyes. 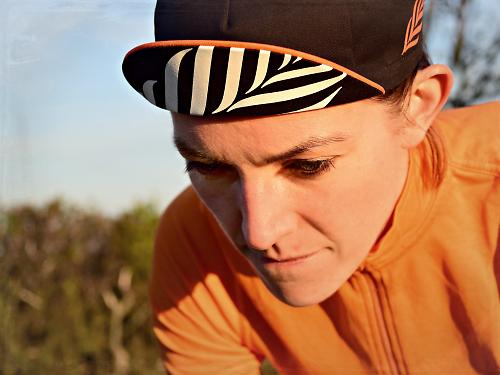 Their Panache cap comes in a new Plume design for 2015. In cycling terms if someone rides with Panache they demonstrate the courage to attack, usually against the odds of success, whilst historically a Panache was a plume of feathers placed on a headdress. During Medieval times knights would wear a plume in their helmets to enable recognition during battle, and King Henry IV of France was famed for wearing a white plume in his helmet and for his war cry of "Ralliez-vous ā mon panache blanc!" (Follow my white plume). This Is Cambridge have somehow artfully managed to combine all of these emotions into a cycling cap. Chapeau. 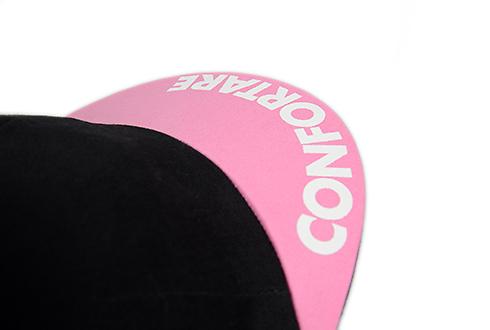 The new cap has a specially designed tic plume graphic on the side and under the peak, with 'Confortare' (Latin for  courage/be strong) printed on the upper peak. The cap comes in black with a choice of four highlight colours and can be yours for £24.50.

All This Is Cambridge caps are hand made in Cambridge to custom fit your head and constructed from the highest quality materials. They’re specially designed to fit comfortably under a helmet too. 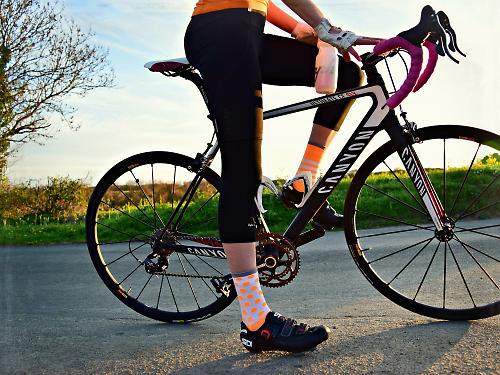 To keep matching kit connoisseurs happy This Is Cambridge will soon be adding a range of socks to their range. Super technical and super stylish they say, the socks are made from Meryl Skinlife high performance yarn. The tic socks are designed with a 15cm cuff, making them an essential piece of kit for those people wanting a performance sock with the longer style that the peloton is wearing this season. The tic sock should available around the end of May. 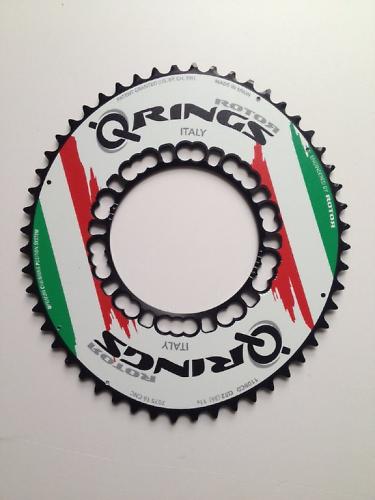 Spanish company Rotor has launched special edition UK, Spanish, Italian and USA flag chainrings, for those who like to display a spot of patriotism on their bikes.

The three bags at launch are duffel bags in different sizes, and uniquely each bag is a one-of-a-kind. They’re made from waterproof vinyl and lined with blue pack clothing to provide extra durability. PEdAL ED has just sent us news of its new Wiki Baselayer. It’s styled like a casual t-shirt but is made from high performance Dryarn fabric that is lightweight and breathable. It has an added antimicrobial finish so it can be worn over successive days without smelling bad. There are mesh inserts in the side panels and under the arms to provide additional ventilation. 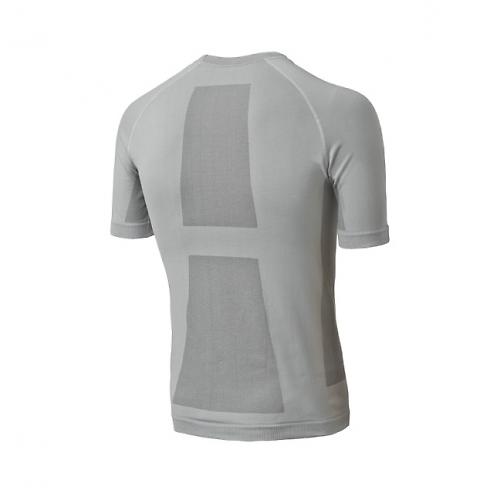 It’s available in two colours, natural and asphalt, and with six sizes to choose from. It’’s available now and costs €45. More info at http://www.pedaled.com/product/view/WikiBaselayer

These aren’t exactly brand new, but we’ve not featured them before so here we go, these are new panniers from highly renowned, mostly for its quirky bicycles, US company Salsa. They probably look best on an actual Salsa bike, but we know there are quite a few Salsa fans that might be interested in them, regardless of the bike they ride. The front and rear Touring Panniers have been developed based upon the team at Salsa’s own experience with using panniers. They adopt the popular dry bag design approach, with one big compartment and a roll-top opening.