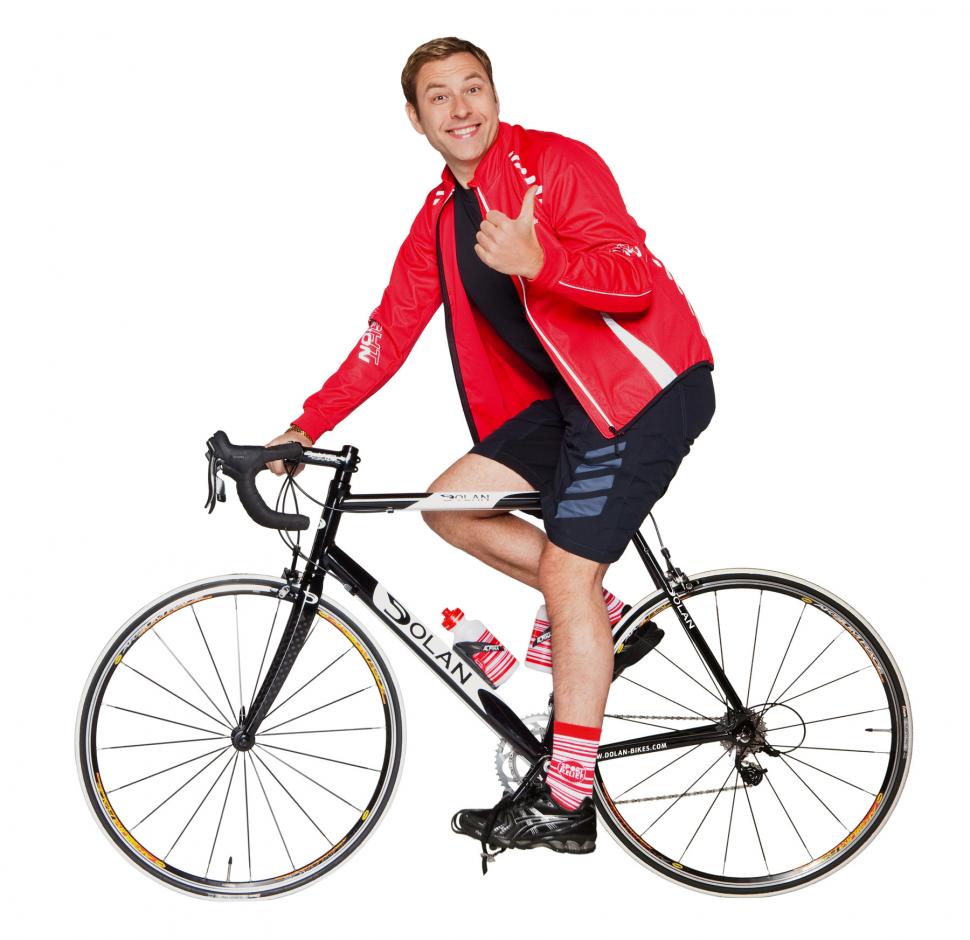 It’s the fourth and final day of the Sport Relief John O’Groats to Land's End Bike Ride, and while the end may not quite be in sight for David Walliams and his team of celebrities, they have now crossed the Devon border and just have that county and Cornwall to negotiate.

Both counties, however, have their fair share of hills, which is likely to exact further toll on what are, by now, some very tired legs.

It was Davina McCall who rode the leg that took in the psychological barrier of the Severn Bridge, after which the route swings southwest and heads towards the finish. Earlier in the day, the Big Brother presenter had penned another instalment of her ride diary on her blog, including her experience of a steep, 1.5km climb, saying “I was out of my saddle for the whole thing and I was making sounds that were so loud that they sounded like I was giving birth!”

Yesterday, the team got some fresh legs with the arrival of comedian Jimmy Carr, who had managed to fit a day’s riding in around his work schedule, and taking turns with Patrick Kielty, the pair managed to eat up some decent mileage as the route headed down through towns on the Welsh border such as Shrewsbury and Hereford before crossing into Wales and running along the Wye Valley. Another revelation is Fearne Cotton, who has proved to be one of the strongest riders in the group.

Of course, the bike ride is not just about getting from one length of the country to the other, its prime purpose is to raise money for charity, and donations are continuing to flood in, now standing at getting on for three quarters of the £1 million target, according to the Sport Relief website, where donations can be made online.

Yesterday, the entrepreneur Peter Jones of Dragons’ Den fame, who has been crossing the country trying to raise funds for the effort, dropped in on the celebrities to lend his support. The businessman is encouraging companies to donate £100 towards the £1,000,000 target, and that fundraising initiative has so far raised more than £67,000, according to his website.

According to McCall’s blog, the riders will ride the last leg of the journey into Land’s End some time later today as a team. Meanwhile, the documentary that follows the four-day fundraising effort will be broadcast on BBC One at 9pm on Thursday 18th March.