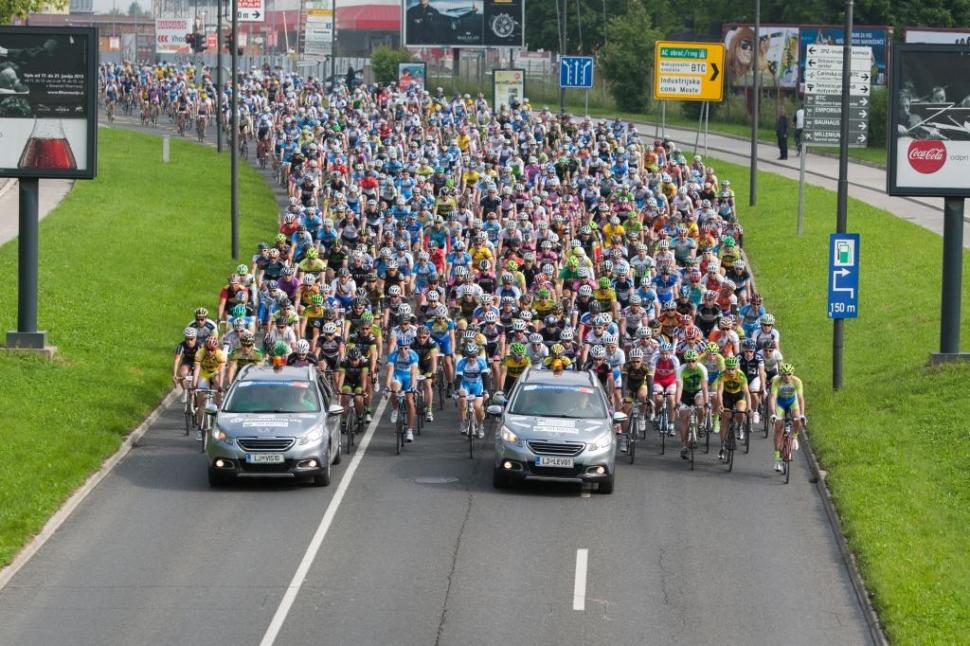 However, another upcoming event, Velothon Wales, is still coming in for criticism regarding road closures
by Alex Bowden

Around 6,000 cyclists from around the world are expected for the Tour of Cambridgeshire on Sunday, an event the organisers are claiming is the first closed road Gran Fondo ever to take place in the UK. The event will also serve as the UK qualifier for the UCI Amateur Road World Championships.

The inaugural Enervit Tour of Cambridgeshire begins with a 27km time trial in and around Peterborough on the Saturday with around 700 riders taking part. Both this and the following day’s 128km Gran Fondo will see the top 25 per cent of the field in each age category qualify for the UCI Amateur Road World Championships in Denmark in September (and here’s a bit of advice about to achieve that).

Tom Caldwell of Vericool Sports Management, who have organised the event, told Cambridge News how it differs from an ordinary sportive.

"I've been organising elite pro bike races for several years, but this particular event is part of a 15-race world series the UCI run in most of the major cities, which all culminates in the World Amateur Championships.

"The key thing though, is this is a mass participation event rather like the London Marathon where we have elite riders at the front and leisure riders behind, but it gives them a chance to experience what it's like to be in a pro race."

Caldwell says he is not surprised by the large numbers taking part and says the event will continue for at least two more years as a contract has been agreed with the UCI. He believes there is a chance that the World Amateur Championships could come to Cambridgeshire in three years’ time if this and future editions prove successful.

He also thanked those affected by road closures for their understanding. "Many on the route have already told us they are planning on coming out to enjoy the event passing by and cheer on the riders," he added.

This seems in marked contrast to another closed-road event being run this month. The run-up to Velothon Wales has been marred by complaints concerning road closures and if anything, ill-feeling only appears to be increasing.

Last week we reported how a number of local businesses were unhappy with the disruption. More recently, a Facebook post by Gwent Police about the road closures appears to have become a focal point for ire.