We've known about it for a while but now we've seen it, and clicked the clicky bits...
by dave atkinson 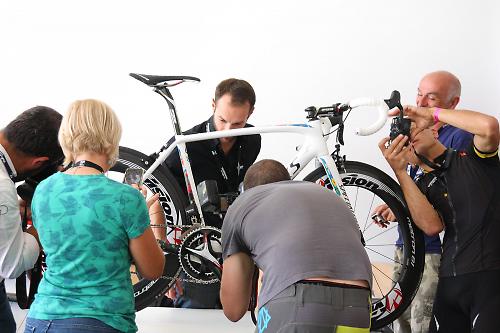 So: it's an electronic groupset. It's a wired one: those wires don't look like the fake ones that SRAM were using to try and fool everyone while their groupset was undergoing testing, they're properly carrying the signal about. The groupset was fitted to Michal Kwiatkowski's Specialized Tarmac S-Works bike; FSA have been testing the groupset with their sponsored teams during training, but the groupset hasn't been raced yet.

The levers and mechs aren't in their final shape or configuration yet, they're still very much prototypes. So you can expect to see the mechs, especially, slimmed down and worked on a bit. 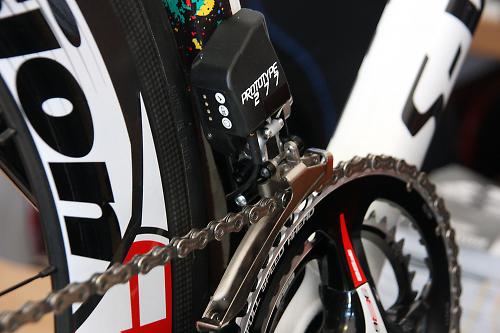 The mechs both have their prototype iterations on: the rear is number 201 and the front 277. So they've clearly been working on them for a while. FSA say that all the patents have been cleared so from that point of view they can launch it without treading on anyone's toes. 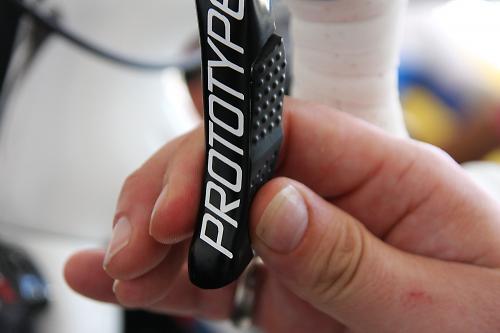 The levers feature a rocker switch for up and down shifts. Again, we don't know if this will be carried through to the final production versions. It was tactile and fairly easy to use, though.

It looks to us as though the brains of the system are contained within the front mech, rather than having a separate box like Di2 and EPS. That's one less thing to attach to your bike but it might make on-the-fly adjustment of the system a bit more difficult. We'll see. 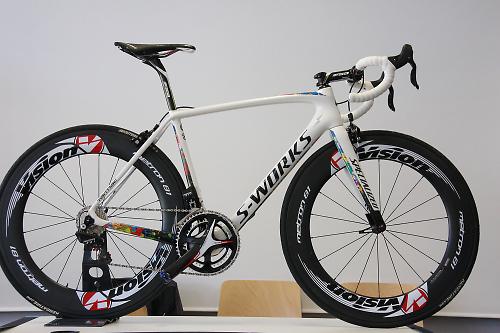 That's all we really know for now: there are no firm weights, prices, release dates or anything like that, but clearly FSA have moved the groupset to a place where they're confident they can release it, so we're probably looking at Eurobike next year, or the Spring after, for a production version.