The latest wheels ready for the 2016 season from Mavic, Shimano, Ritchey, American Classic, and Stans
by David Arthur @davearthur

The wheel market has been evolving very rapidly in the past couple of years, with rims getting wider and the growth of gravel and adventure bikes fuelling a desire for more rugged wheels capable of accommodating bigger tyres. Mavic has responded by developing its new Ksyrium Pro Disc Allroad wheels, launched at Eurobike for the 2016 season. 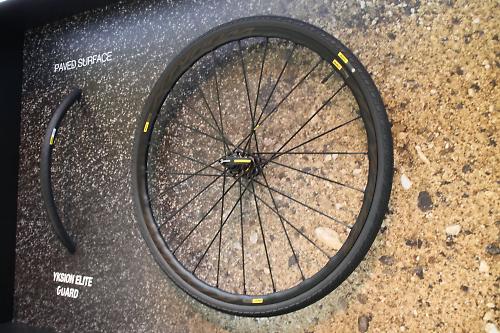 “Breaking the boundaries of traditional road riding is now possible thanks to the new Ksyrium Pro Disc Allroad,” claims French firm Mavic for this new wheelset.

The rims are aluminium with a UST tubeless-ready 19mm internal width and claimed 430g weight. They’re a disc-specific rim, so no braking surface, and Mavic’s ISM 4D technology helps reduce weight.  As Mavic has been doing for a few years now, it offers complete Wheel-Tyre systems, so the rims come fitted with either Mavic’s new Yksion Elite Guard 28mm tyre, designed for mainly road riding, or the Yksion Elite Allroad 30mm tyre, intended for going off-road. 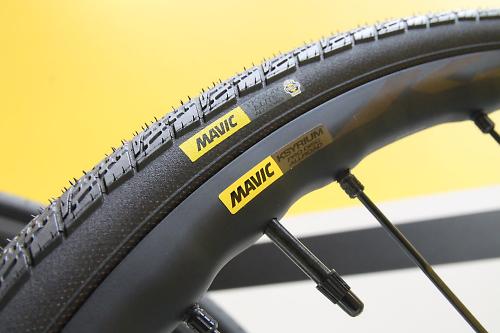 As with Mavic’s mountain bike wheels, the hubs have interchangeable end caps so they can be easily converted for quick release and thru-axles. Claimed weight is 1,620g and the price is £750.

Dave had a ride on the new wheels at the US launch event and you can read his first impressions here. 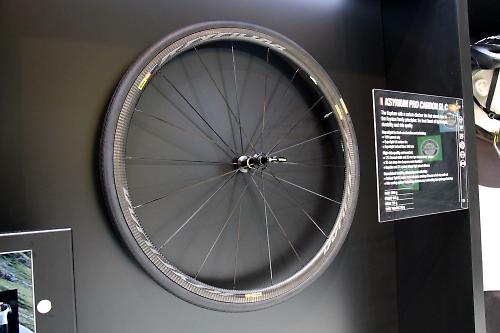 If gravel riding isn’t your thing, then the new Ksyrium Pro Carbon SL might interest you. There are four flavours, costing from £1,350 to £1,425, but they all have in common a 17mm internal width rim. Tyres have been getting wider and rims are following closely behind, Mavic however has been slower than many of the other bike wheel brands to increase the rim width. 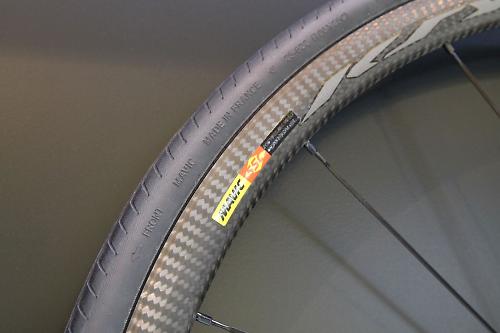 The new wheels are available in clincher, tubular, disc or rim braking versions. The rims are constructed using a similar aluminium rim bed wrapped in carbon fibre that was first introduced on the Cosmic Carbone 40 wheels. Why? Mavic reckons it provides a better fit for the tyre and helps to dissipate braking heat more effectively. It doesn’t add much weight, the rim is a claimed 405g.

American Classic has updated its 420 Aero 3 wheelset for 2016, with a new rim profile that is now 22mm wide, 34mm deep and, as with all the other wheels in the company’s range, tubeless-ready. 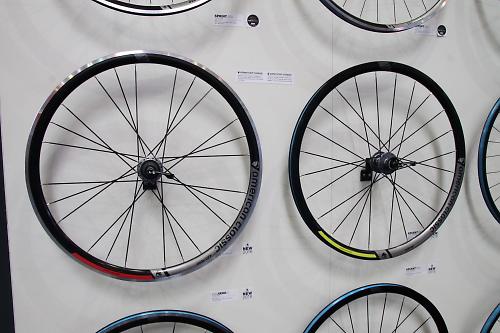 Rim weight is a claimed 420g with a wheelset coming in at 1,521g. The wheels are available for rim and disc brakes. 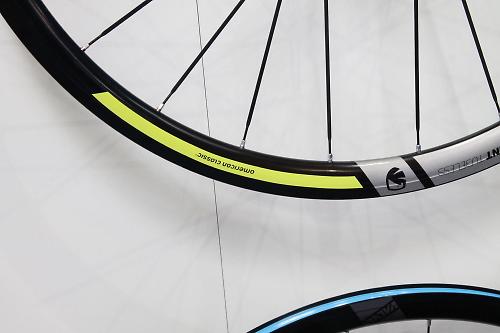 Not a brand new wheelset, but the American Classic Argent Disc is available with refreshed rim decals and colour options for 2016. An aluminium rim with a 22mm external width, 19.4mm internal, and 30mm deep, featuring the company’s own Bead Barb system to provide tubeless compatibility.

Ritchey’s new WCS Apex 38 Disc wheelset looks like a good offering for cyclocross and gravel/adventure bikes, with an 18.4mm wide profile carbon fibre rim designed to cater for wider tyres. The wheels were shown fitted with the US company’s own 35mm WCS Shield tyres. 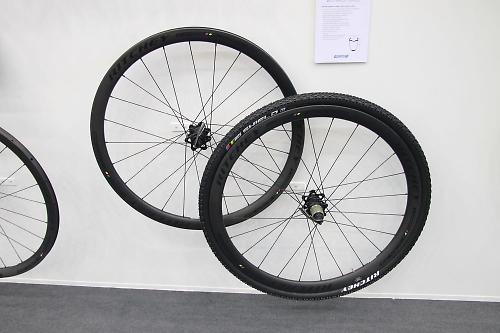 The rims will please tubeless fans as they’re are tubeless-ready. The rims are laced to superlight forged WCS disc hubs with 24 spokes front and rear. The hubs have offset flanges, intended to ‘increase [the] spoke bracing style’ to quote the Ritchey blurb. With so many axle standards doing the rounds at the moment, the hubs are easily changed between regular quick release and thru-axles, including 12 and 15mm on the front hub. Claimed weight for the wheelset is 1,747g.

Ritchey is also offering this new WCS Apex wheelset in a tubular version with a 36mm deep carbon rim, with a 24mm external width. They’re quite a bit lighter, as you’d imagine, with a claimed 1,571g. 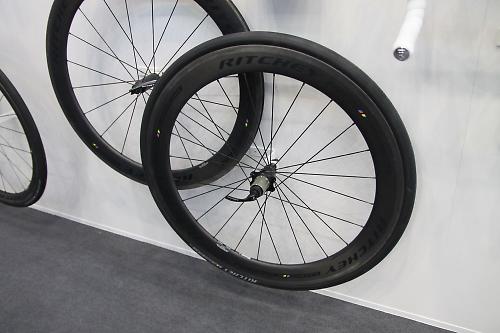 Also new from Ritchey are the WCS Apex 60 Clincher wheels, which combine a 60mm carbon fibre rim with Phantom Flange Hubs and 20/24 radial straight-pull spokes. Weight is a claimed 1,561g for the pair. The rim profile follows the current trend for wider-is-better, with a 24mm outer measurement and 17mm internal width.

I’ve been really impressed with the Stans NoTubes wheels I’ve tested for road.cc, and it was with some interest that the US company unveiled its new carbon fibre offering for 2016. 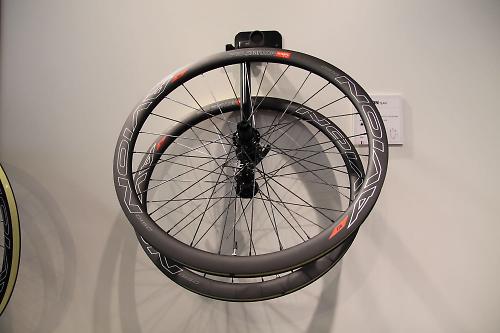 The ZTR Avion Team wheels use a rim that the company has designed itself and features the same bead rim profile that makes the aluminium rims so easily compatible with tubeless tyres. 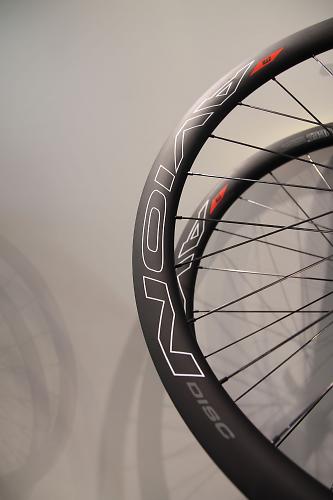 Externally the rims measure 40.6mm deep and 28mm wide, with a 22.3mm internal width. That’s wide, and should ensure the wheels are ideal for anything from 25mm road racing tyres to 35-40mm allroad/gravel/adventure tyres. They’re laced with Sapim CX-Sprint butted spokes, 24 front and 28 rear, to its own disc-compatible Neo hubs. Claimed weight is 1,610g.

Shimano has added the new RS330-CL aluminium clincher wheelset to its 2016 range. It’s a 30mm deep rim with 2:1 spoke lacing pattern on the rear wheel, with cup and cone bearings in the hubs and oversized alloy nipples. The freehub is compatible with 10 and 11-speed groupsets. They’re going to cost about £220 and come in at 2,024g on the scales, not particularly light but should be a good reliable wheelset for the money. 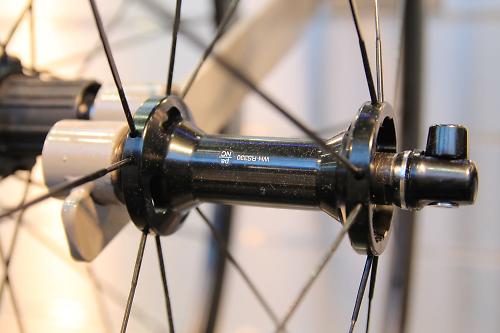 Expect to see a lot of bike brands speccing these wheels on 2016 bikes.

Giant gets into the wheel business

Giant is best known for its huge range of road and mountain bikes, but the company has slowly been increasing its range of accessories and bike parts. For 2016 it is offering a range of wheels, it’s calling them WheelSystems. 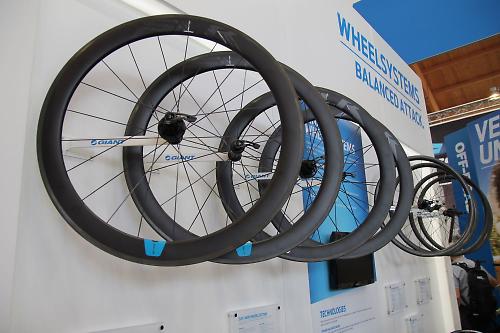 “New WheelSystems have been engineered and developed to provide the ultimate stiffness-to-weight ratio for all-around road performance,” says Giant.

So what can we expect then? They’re high-end wheels for a start, with a full carbon fibre construction and, according to Giant, a higher stiffness-to-weight ratio than competitor wheels (Giant makes similar claims for its new TCR road bike as well). Giant will be speccing these new wheels on its mid range and high-end models. 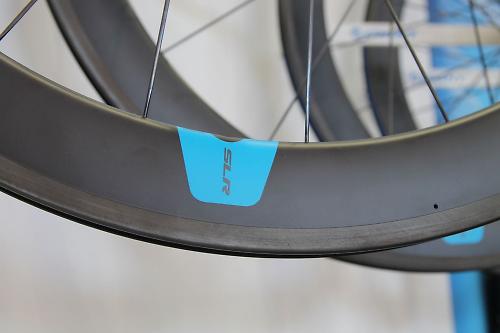 The range is headed by the SLR 0 which is available with either a 55mm or 30mm rim, depending on your riding preferences. The rims are tubeless compatible and rim width is 23mm on the outside, 17mm on the inside. Weights are pretty competitive: 1,335g for the 30mm and 1,535g for the 55mm. - Buyer's Guide to road bike wheels, plus eight of the best