The DealCatcher has been on the deal trail once again this morning, and he's returned with a haul worthy of a champion. He even had time to check out the road.cc Facebook page, and noting the helmet debate that's raging, popped the most discounted one he could find into this round-up.

But it's not only helmets that the DealCatcher found today, oh no, we've got bikes, gillets, and a replica jersey too.

We'll start with the bikes though. We've got a pair of Plugs from Charge, the 1 and 2 which have seen 25% of their retail price slashed by Cycle Surgery.

Following the bikes, Evans are offering a Team Sky replica jersey for £49.99, which is a solid 33% discount.

Finally, Decathlon have slashed 66% off the price of their B'Twin 700 Road Cycling Gillet, while they've taken a further 71% off of their range of Bell Intermod Helmets - giving you an easy out of the conversation currently raging on our Facebook page.

Cycle Surgery have a deal on their exclusive range of Charge Plug 1s & 2s at the moment.

They're so confident that their Plugs are the cheapest on the market that they are offering their price pledge, which states that if you find either of these bikes cheaper elsewhere, they'll match that price.

So, if you're after a fixie or a single speed, these options are fantastic for urban environments.

The only differences between the two bikes are the colours, and that the Plug 2 has drop handlebars and drop brakes for a little bit of extra control and comfort if your journeys are going to be a little longer. 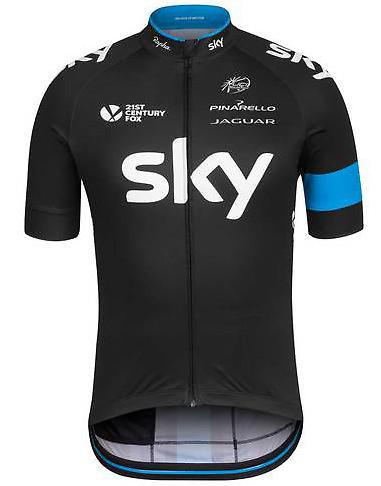 The Team Sky roster for 2016 was announced this week, and you too can feel like you're riding in the tire tracks of pros like Chris Froome, Peter Kennaugh, and Ian Stannard, with a replica jersey.

Don't be dettered by the naysayers who would suggest you can't ride in a jersey you haven't earned. Be a dreamer, and look good doing it.

There really aren't any pro cycling jerseys that tick the style box in the same way as Team Sky's. As the weather cools down, it's always a good idea to head out with an extra layer or two.

This BTwin Racing Team Gillet will not only give you that extra layer for warmth or protection against the wind, its aerodynamic considerations will keep toasty while you're pedalling on the front of your riding group. Finally, if you're on the fence in the old, endless, tireless debate about headgear, this Bell helmet will give you a cheap sensible option for you to consider.

If you're totally for helmets, then snap this one up as a back up or an extra colour coordination option for your winter rides.

Come on, it's only a tenner. You'll be lucky to find anything as good, as cheap, anywhere else.